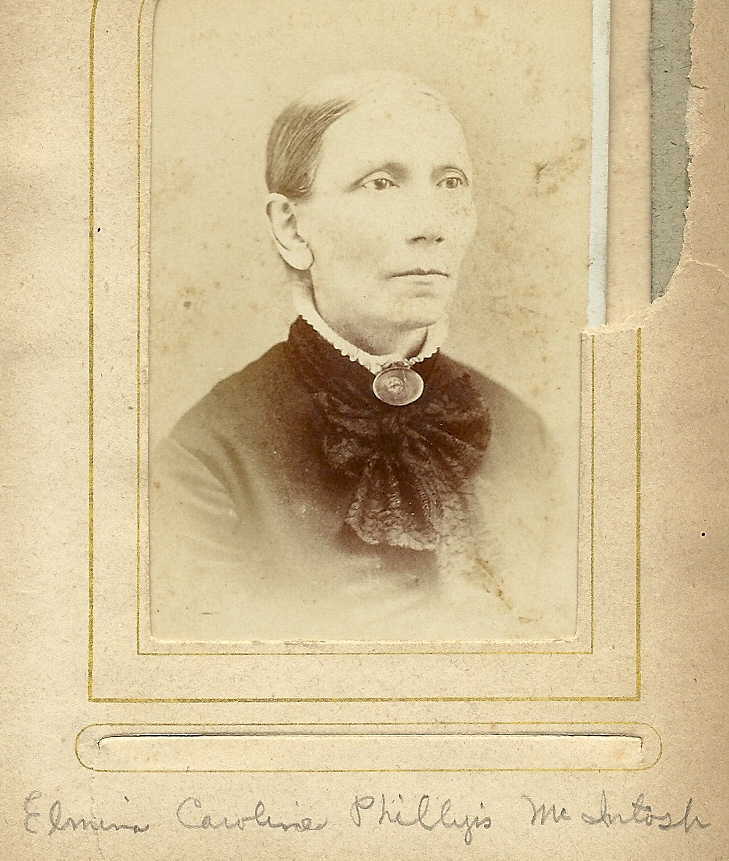 One of the photographs we found while on our genealogy travels the end of March.  Don’t you love a photo that has, not only the name, but the maiden name, also!  Elmina Caroline Phillips McIntosh – what a grand name, and with Elmina as a first name, not that ordinary!  I put a search in ancestry.com and what did I find?  Elmina, living in Barrington, Illinois, just as listed on the back of the photo!

Elmina was born March 16, 1824, to Reuel Phillips, Jr., and Sarah Landers.  Reuel was from Connecticut and Sarah from New York.  Elmina married Millius Benjamin McIntosh in 1846.  He was born January 6, 1817, in New York, also.  In the 1850 census they are listed in Guilderland, Albany County, New York, but in the 1870 census they are in Barrington,  Cook County, Illinois, where they remain until their deaths.