By Kentucky Kindred Genealogical Research on June 9, 2018 • ( Leave a comment )

When Thomas Madison Lillard was three months old, his father died, then in 1829 his mother died.  He was 14 years old, without patrimony and with no legacy, except a clear head, an honest heart, a good constitution, and well-directed energy and industry.

He as described as six feet tall, weighing about 200 pounds.  He had dark gray eyes, a Roman nose, a good set of teeth and black curly hair.  He was a French Huguenot.  Because he only attended school three months, his reading was poor.

As a young man, Lillard worked as a drover and stock trader, spending winters in Charleston, South Carolina, and summers herding livestock to the markets in New York.

On October 23, 1848, at the age of 33, he married Mary Bright Williams, a young widow of 25 years of age of Stanford.  After spending the winter in Charleston, South Carolina, the couple returned to Kentucky on May 27, 1849.

Eight months later, Lillard purchased 200 acres of land in Boyle County, part of the present homestead.  He later added to the farm to bring it to 500 acres in Boyle and Lincoln counties.  After his marriage he turned to farming.  He raised livestock, hay, and orchard grass seed, his money crop.

The family lived in a log house on the farm un1860 when the new house was ready.

Mary Bright Lillard was born March 16, 1823, on a farm owned by her parents, John Bright and Elizabeth Morrison, in Lincoln County.  Mary Bright Lillard is described as short – about five feet two inches – and stout.  She weighed 120 pounds in her younger days and 20 pounds in her most vigorous days.  Mrs. Lillard had dark brown hair and eyes.  She was one of nine children.

The youngest sons, Thomas and Wiliam acquired Spring Hill farm at their father’s death in 1891 and kept it until 1901. 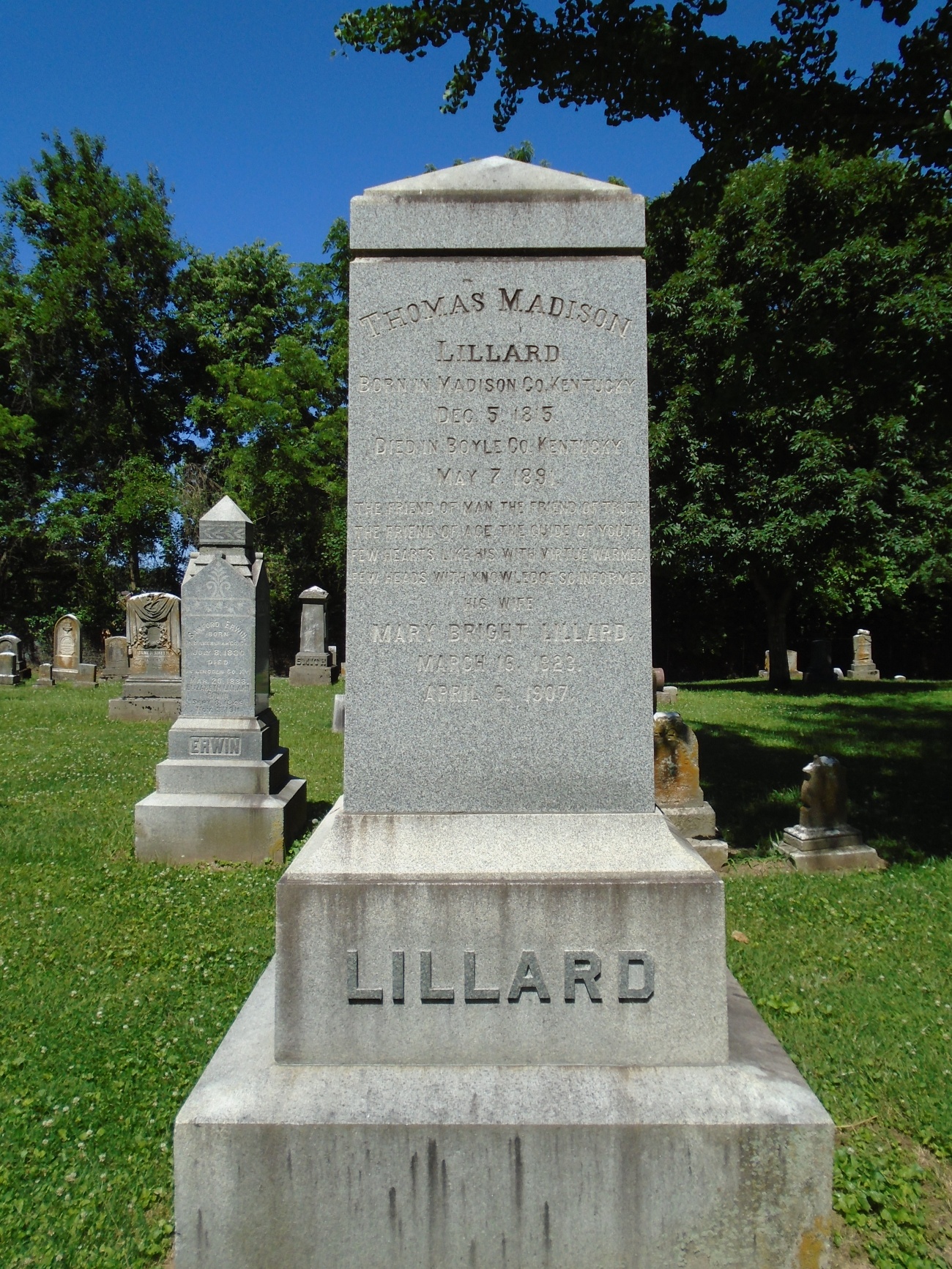