I knew our trip to the far western counties of Kentucky, known as the Jackson Purchase, would be a great time, but little did I know just how much fun it would be!  Visiting the cemeteries, courthouses and genealogical societies was exciting, but the people we met were some of the nicest in the world!

The kind people at the Ballard County Genealogical Society wanted us to spend the day – they wanted to take us to cemeteries and other historical sites – which we gladly would have done if it wasn’t on the agenda to visit New Madrid, Missouri, that afternoon – site of the 1811/1812 earthquakes.  We promised to return and take their offer.

At the Marshall County Genealogical Society, they made copies from their first will book that was literally falling apart – and made copies of the early marriage records.  They also gave directions to Soldiers Rest Cemetery, which was not on our list, but it was well worth the visit.  The friendly bunch were funny and definitely genealogy enthusiasts!

The Graves County Genealogical Society helped find books to further my research once home.  They were full of old stories of happenings in years past.

At Hickman County, even though the genealogical society wasn’t opened, a member came by to let me purchase books.  The county clerk was very helpful making copies and let me have them half price.

Unfortunately, we didn’t make it to all societies in the area, but we will return!

McCracken County library has an excellent genealogy section.  Although there were no books for sale, we made copies and were given helpful information about the cemeteries in town.

We took photos of all courthouses, even though most were visited after hours.  Muhlenberg, in Greenville, was very beautiful – Ritchey and I both declared it one of our favorites.

And the city of Paducah, where we stayed.  I miss you already, Paducah!  The citizens of this city are the friendliest people we’ve found.  Everyone we spoke with – our waitresses, volunteers in the National Quilt Museum, people in shops, people we met in the cemeteries, and walking along the downtown streets made us very kindly welcome.  The City of Paducah Kentucky Government even made mention of us visiting the city and collecting genealogy information on their Facebook page!

Dinner at Shandie’s was always excellent, as was breakfast at Confleur.  We had lunch two days we were in Paducah at Kirchhoff’s Bakery/Deli – sandwiches that were to die for.  Plus we bought bread and pastries at the bakery – golden raisin and fennel and a delightful rye. 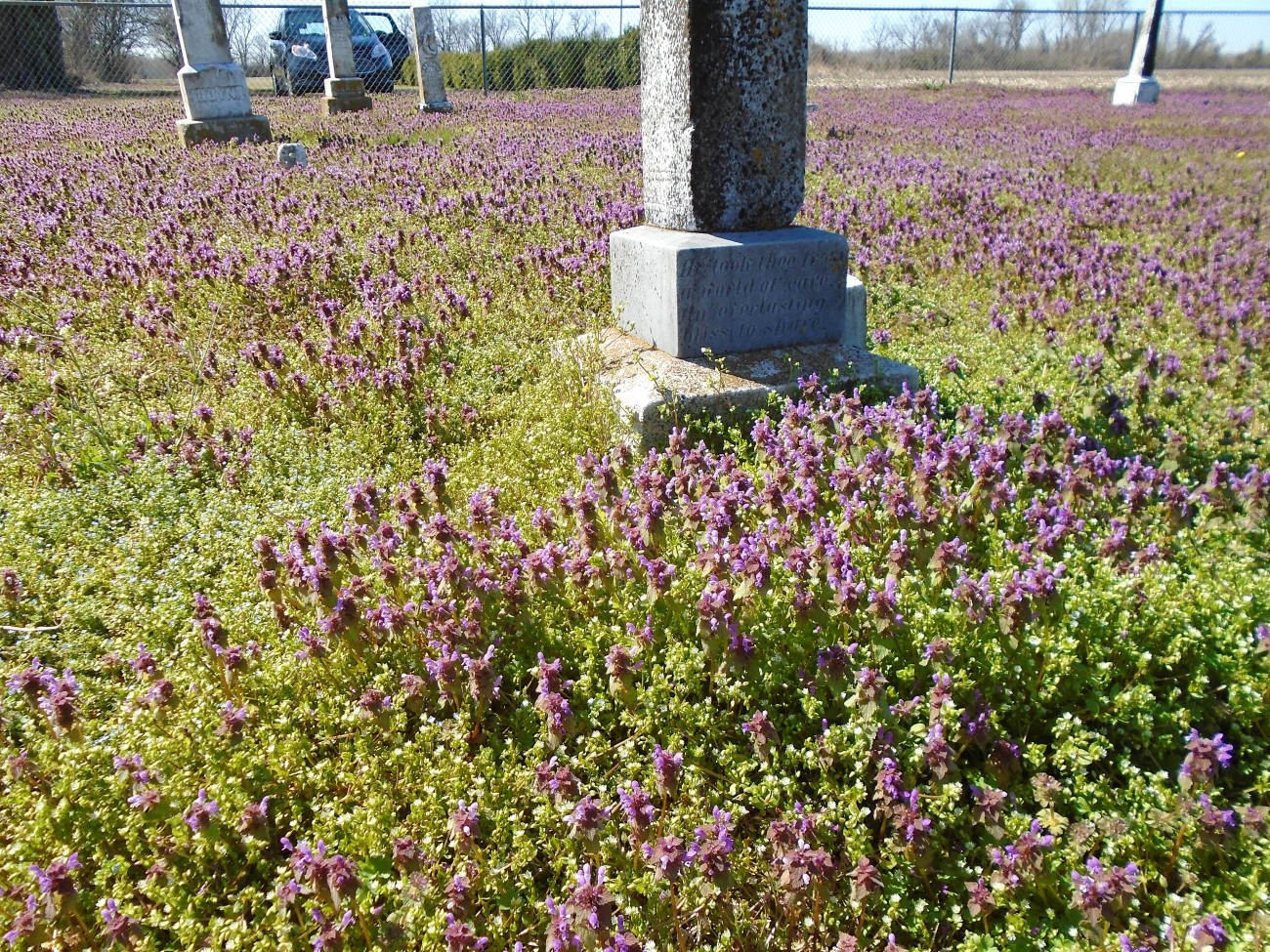 We visited Kentucky Bend, the small portion of Fulton County that is surrounded by the Mississippi River and the state of Tennessee.  Many of the fields were flooded, but the amount of birds and wildlife that this brought together was spectacular.  Madrid Bend Families Cemetery was small, but in beautiful condition.  Tiny purple flowers carpeted the cemetery.  This cemetery is furthest west in Kentucky. 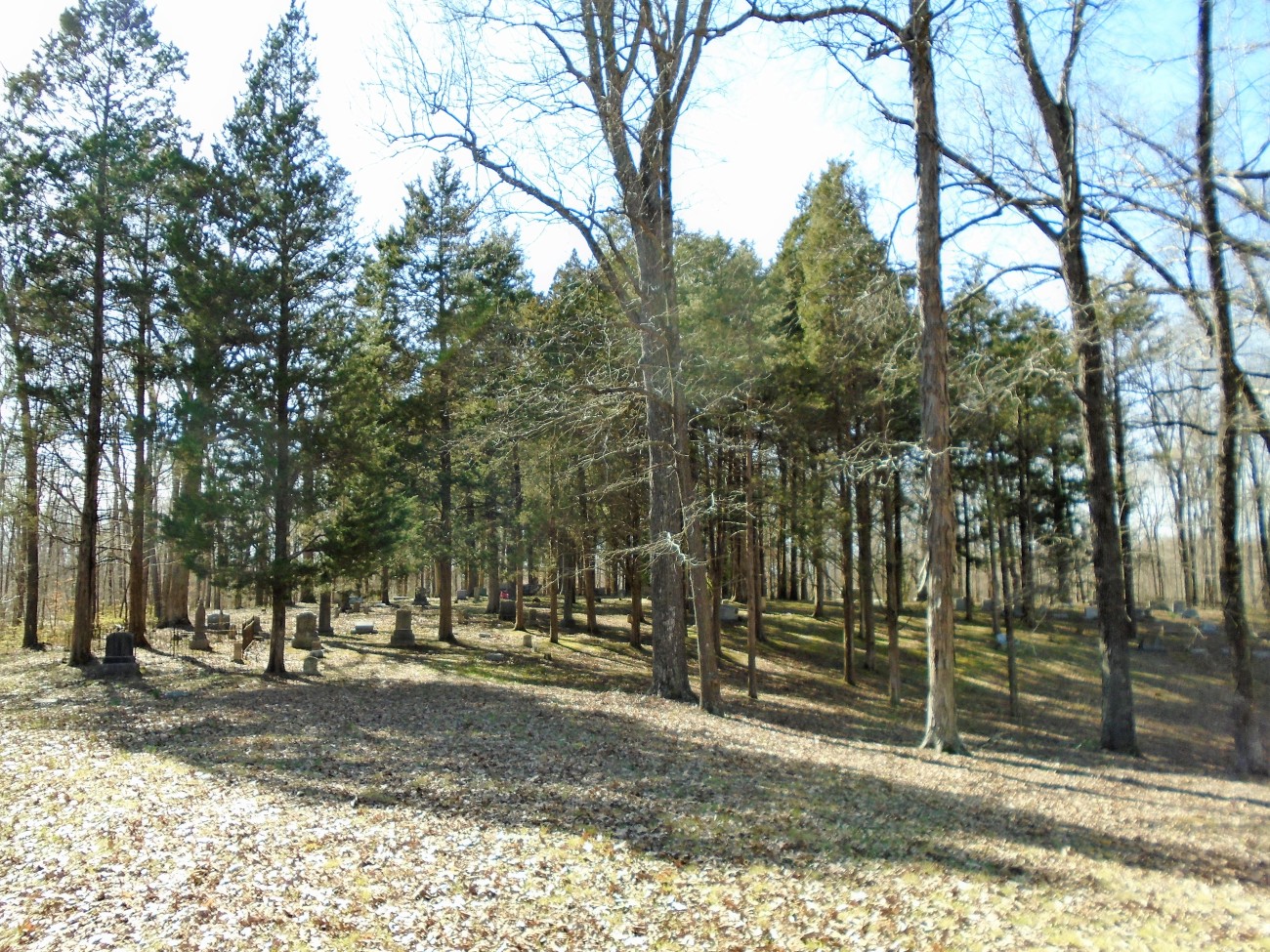 And from direction per Ritchey’s geocaching, we visited Asbury Cemetery in Calloway County that is supposedly haunted.  When we told our waitress where we were going after leaving Rudy’s, she said she would not go there – any other cemetery, but not that one!  It was a crazy chase.  When going from one direction the road was badly rutted from flooding – our little car could not go on.  Were we deterred?  Not in the least.  We just kept driving around until we found the road coming in the back way!

In Graves County we visited Maplewood Cemetery, where we found the Wooldridge Monuments.  Colonel Henry Wooldridge placed life-size images of his family members in his burial lot, along with those of some of his favorite pets and animals – even though he is the only one buried here. 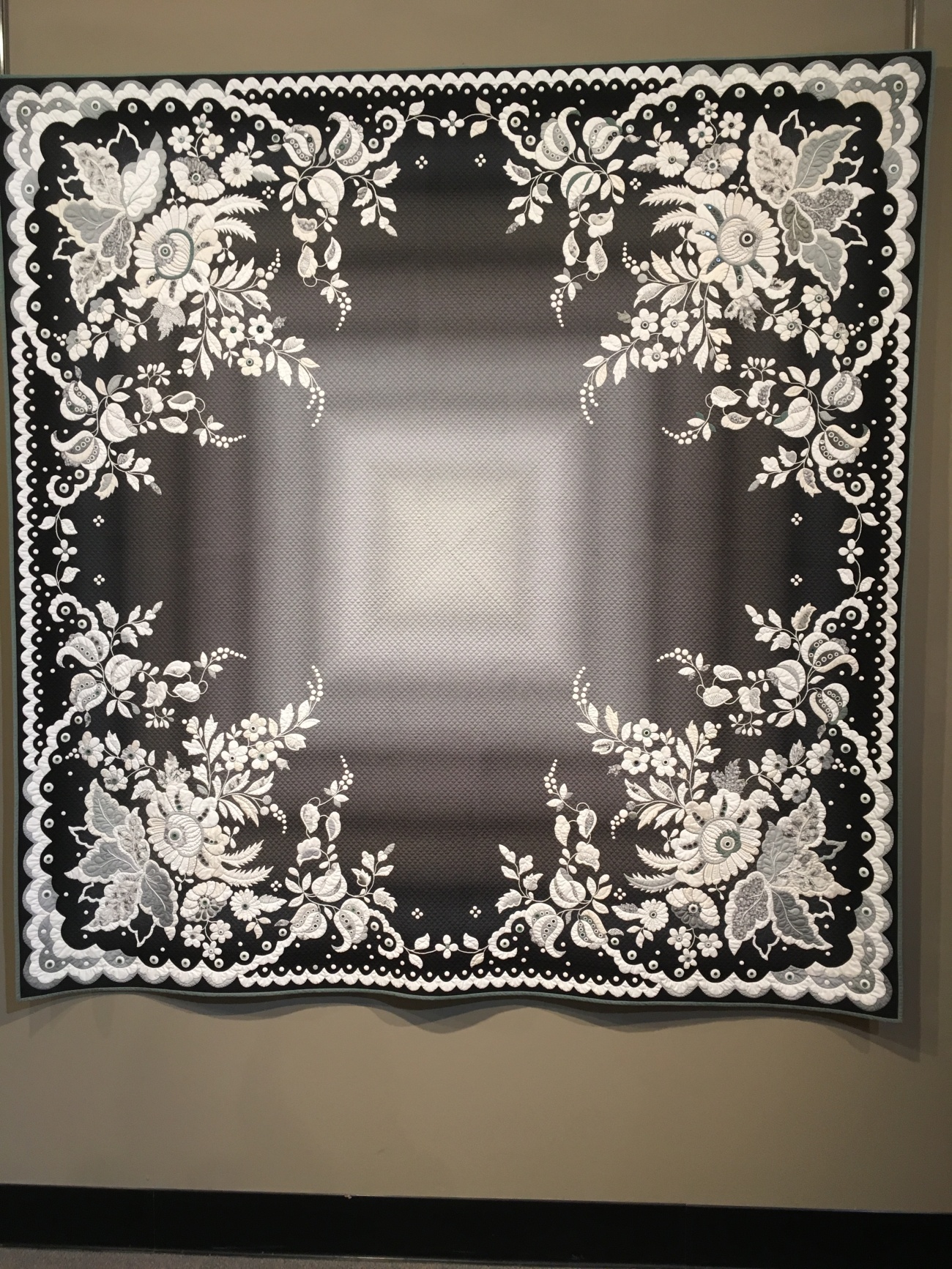 The National Quilt Museum was a treasure!  The hours it took to make each of the beautiful quilts is mind boggling.  My mother made quilts, and both my grandmothers.  It is one of the items on my bucket list. 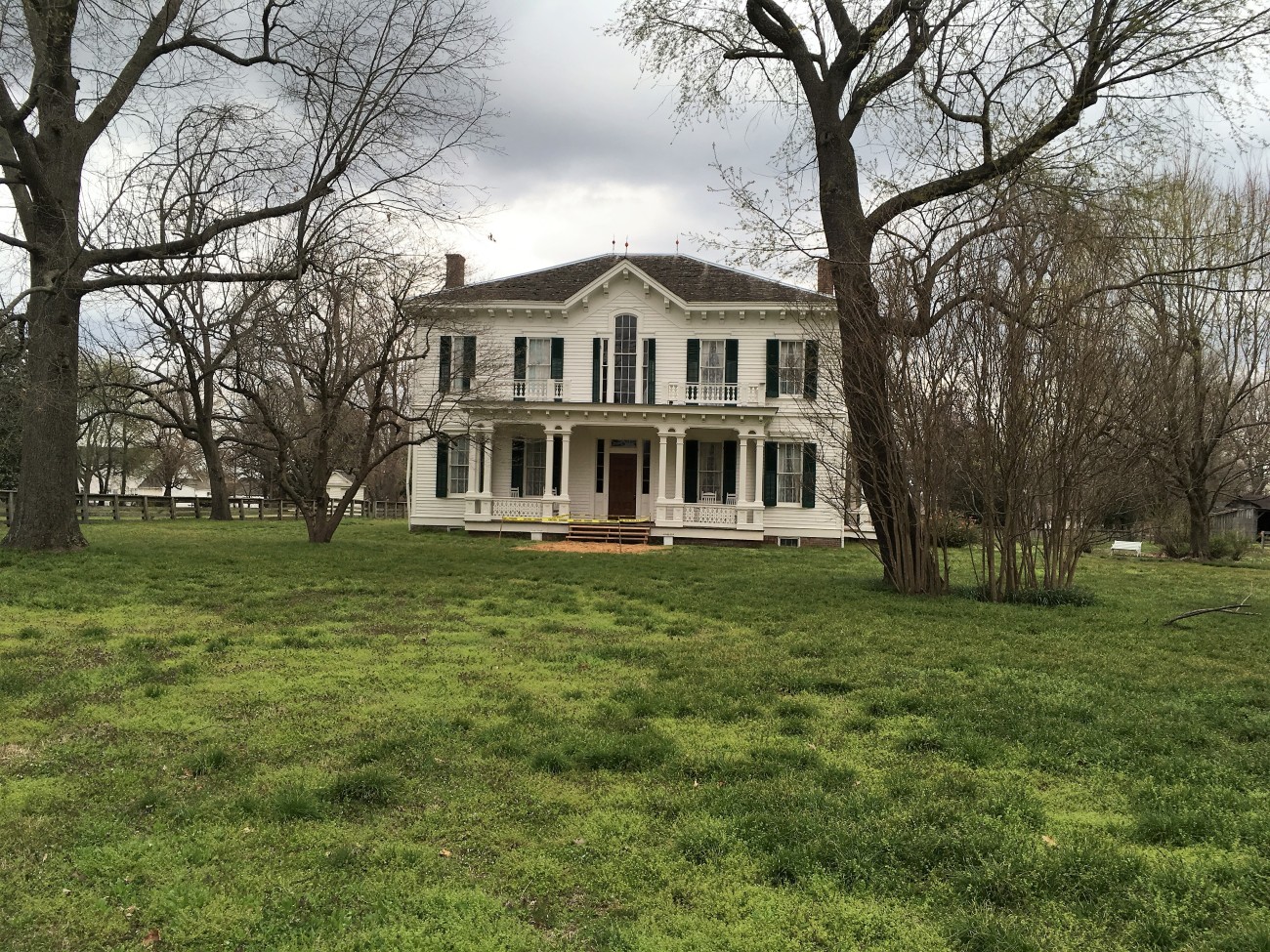 In New Madrid, Missouri, we visited their historical museum, went by the Hunter-Dawson house, although unable to tour the home since we were so late, the curators answered questions and gave us information about the cemetery of the same name that was located a few streets down from the house.  When the house was built in 1858 all of New Madrid was part of the Hunter property.  At that time the cemetery was just a short distance from the house.

Following is a list of cemeteries we visited, including the number of photos taken in each:

These are just the highlights of our trip, but be assured I have much, much information to share with you about these eight far-western counties of Kentucky.