By Kentucky Kindred Genealogical Research on November 18, 2019 • ( Leave a comment )

David William Steele was born January 17, 1834, in Harrison County, Kentucky, to Gavin Steele and Salma A. Jones.  In the 1850 census the family were living in Jessamine County.  Gavin was a millwright, 49; Salma, 35, was born in North Carolina.  Three children were listed, M. M., a daughter, 18, who was born in Iowa; D. W., 16, was born in Kentucky and was a miller, helping his father; G. A., the youngest son was 10, also born in Kentucky.  With such a beginning, father and son both in the milling industry, it was easy to follow the family.

As throughout the country, the Civil War interrupted lives the next year.  Although I could find nothing about his war experience, David was always listed as Capt. D. W. Steele.

In 1870 the family was back in Kentucky, living in Jessamine County.  David was listed as a miller, aged 36.  Lucy was 33, Anna was 11, and a new baby, Lulie, was three months.  I could find nothing further about David’s father.  Perhaps he passed away and David took over the mill.  His brother, Gavin, was listed as a carpenter in 1860.  In 1880 he lived in Casey County, with his mother.  He was listed as a manufacturer of lumber. 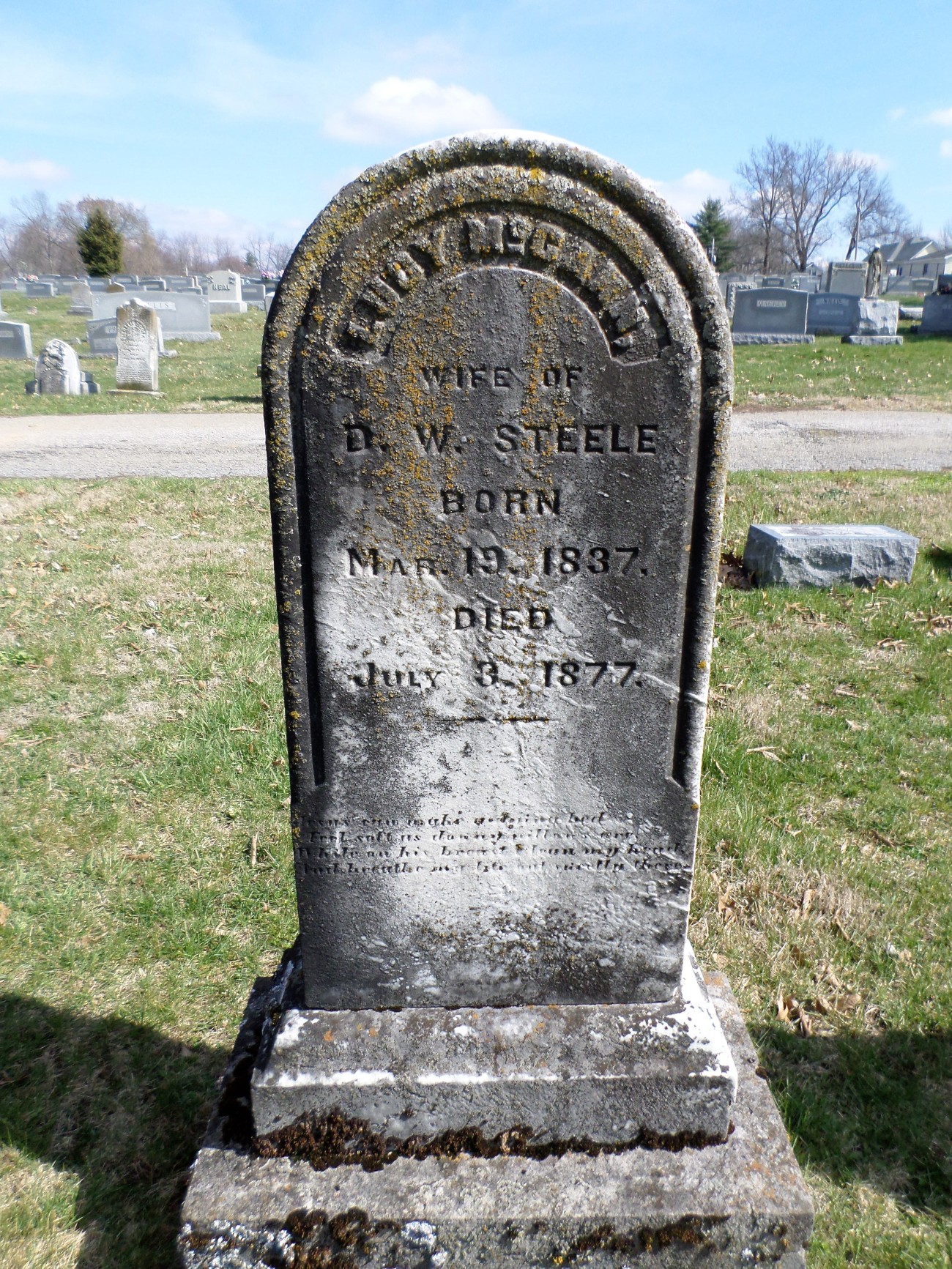 I found this business card on Ancestry, thought it very unusual for the time.  I checked newspapers for advertisements, but was unsuccessful.  Father and son-in-law made a good team and evidently a good living for their families.

David married a second time as his gravestone notes ‘My Husband.’  I could not find this marriage, but have seen the name Georgia Welch listed as his wife.  Georgia Welch Steele is listed as buried in Maple Grove Cemetery; she died April 29, 1898.

In the February 7, 1893, Kentucky Advocate, of Danville, Boyle County, is the following, ‘The condition of Capt. D. W. Steele has become more serious, requiring his confinement in the Eastern Asylum at Lexington.’  He died 17 days later.