My collection of Kentucky county histories keeps growing.  I have books on 65 of the 120 counties – just over half.  There is more than one book on many counties, and I have sectional books such at The Encyclopedia of Northern Kentucky and Early Families of East and Southeastern Kentucky, as well as books on the state.  With my library, online resources, cemetery photographs we’ve taken and information I have collected while visiting the different counties, I offer you all the resources at my fingertips.

Today I share information from History of Cumberland County, Kentucky by J. W. Wells.  We know from experience that every word written in a book, online, or other source, may not be entirely accurate.  But I have found that there are truths in every source, which must be backed up with information from the time period in which the person(s) lived – gravestone information, wills, marriages, deeds, census records, etc.  Within the following section on the Alexander family are gravestone photos Ritchey and I took while visiting Cumberland County.  For those who do not know, Cumberland County is on the Tennessee border, sandwiched between Monroe and Clinton counties.  If you traveled due north from Cumberland you would travel through Adair, Taylor, Marion, Washington, Anderson/Nelson, Shelby, Henry and Carroll counties, the last lying on the banks of the Ohio River.

The Alexanders that populated Cumberland County had their beginning in Scotland.  Due to religious persecutions in Scotland many of them fled to Ireland prior to 1740.  There were seven brothers who left for Ireland not far from the above time.  From there they crossed the waters to America and settled in Pennsylvania.  They then came down the Shenandoah Valley to Virginia and North Carolina.  Attached to the Mecklenburg Resolutions, which was the forerunner of the Declaration of Independence, are the names of five Alexanders.  Frankfort records 13 names as soldiers of the Revolution from Virginia.

John Alexander, born in Scotland in 1741 (by a reliable record), heads the family of Cumberland County.  John married Lucy Martin.

They were from Henry and Pittsylvania counties, Virginia.  This same record gives the names of eleven children: Thomas, Martin, Ingram, Robert, Reuben, Joseph, Philip, Sally, Obedience, Elizabeth and Susan.  Most of them were born and several married before their parents came to Cumberland County.  They arrived in 1805 and opened up a settlement on Marrowbone Creek, on the same farm now owned by Will Ed Davis.  Lucy died in 1815, he in 1830, and both lie at rest on the place of settlement.  The seven boys all came to the county, Joseph being the last one to come, 1824.  Five of them settled on Marrowbone and two on Big and Little Renox creeks.

The Alexanders have furnished some of the very best families of the country.  They have been law-abiding citizens and always interested in the welfare of their community from a social, educational and religious standpoint.  Very seldom do you find one arraigned in the criminal courts.  Farming, mercantile business, banking and teaching are their hobbies.  The first bank in Kentucky was established by Robert Alexander.

I shall state briefly the genealogical status of these children. 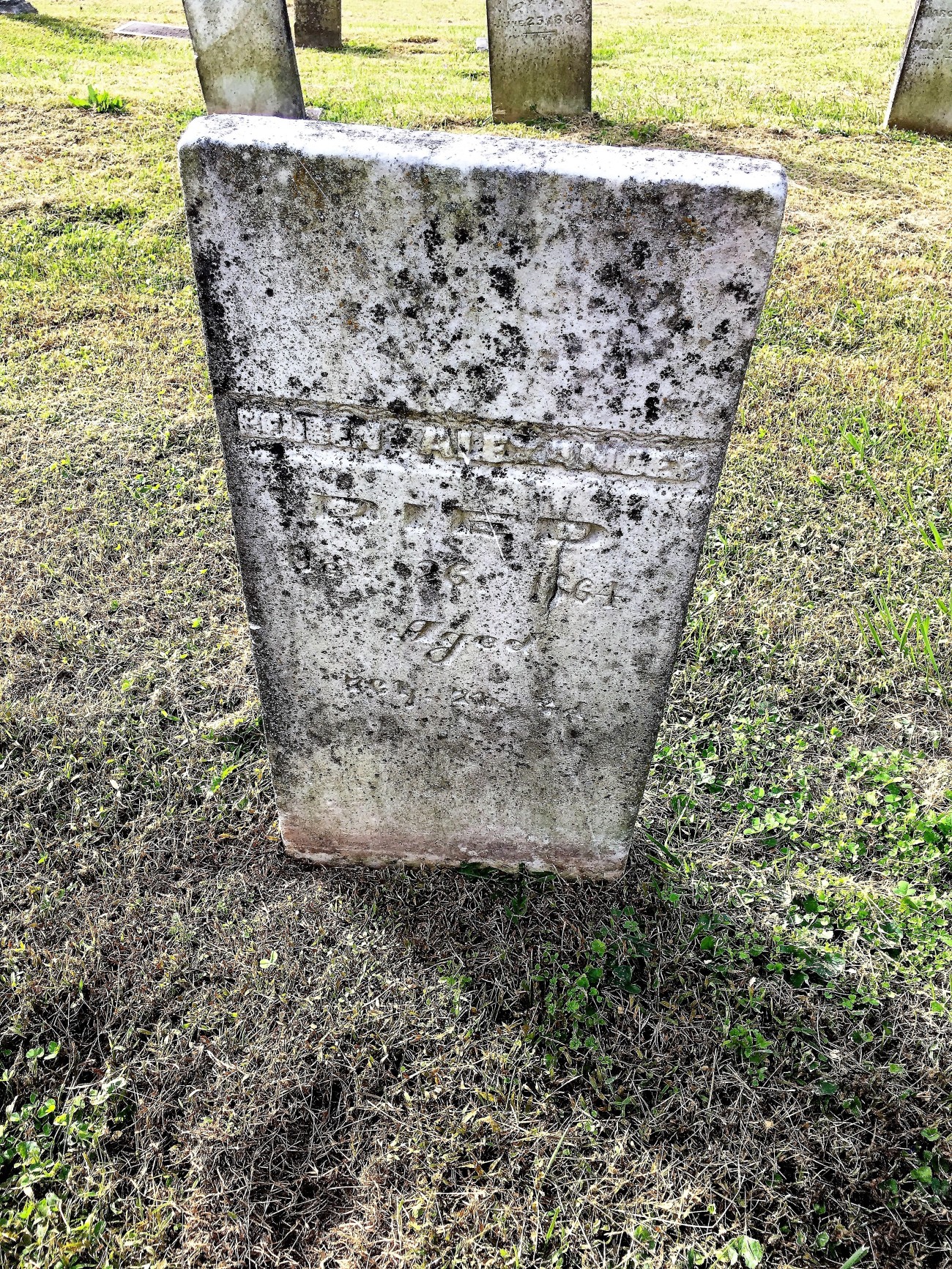 Reuben.  One of the seven sons of John, the settler, was Reuben.

He married Eliza A. Miller in 1806.  To them were born nine children:  (1) Louisa, who became the wife of John P. Monroe; (2) Mary A., who married A. Hays, no issue; (3) Sarah, who married Tom Duerson, and reared two, John and Salina who married James Skinner; (4) William, who married Eliza Ellington and reared a family; (5) Charles Fountain, who married Malinda Lucas and had three girls and two boys in Metcalfe County; (6) Millard, who went to Missouri; (7) Reuben H.; (8) Carolina, who married a Strange; (9) John Edward (1811-64), married first, Elizabeth Strange of Marrowbone, 1845.  She lived less than one year and he then married Elizabeth McDaniel of Warren County.  To them eight children: 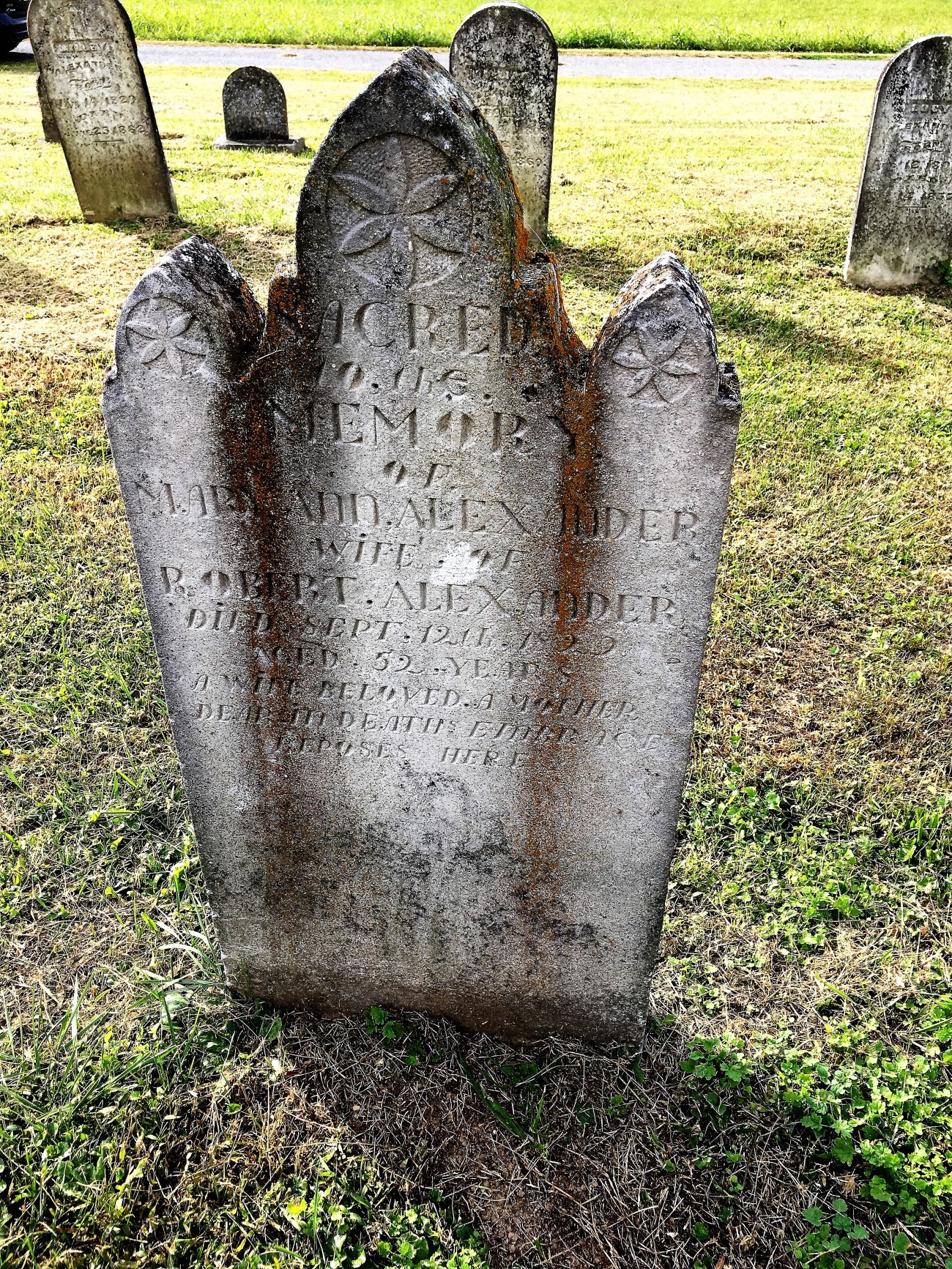 Their farm lay in “The Bowling Green” of that county.  He came to Cumberland County and purchased part of the farm taken up by James Coleman, 1796.

Ingram Alexander, the Settler, married Elizabeth Nunn in 1800 and located on Marrowbone.

He came from Henry County, like the others.  His children – John; Sally, wife of Richard Wade; Philip; Nancy; Reuben; James.

Settler Martin Alexander married Winnie Davis in Henry County in 1798 and came to this county with the others.  He left many descendants on Marrowbone in the Davises, Grubbs, Allens, etc.

Obedience (called Biddy) (of John) married Peter Gearhart and reared – John, Margaret, Susan, Thomas, Lucy Ann, Joseph, Sarah (Dudley), Peter, Jr.  Peter, Sr., was a leader in his church at Casey Fork and a merchant of power in the 1830’s.

For more concerning the Alexanders see “Outstanding Men” of the county.  We note from old records that J. Martin gave $1,500 to his Presbyterian Church on Casey Fork in 1885.  Also that ? Alexander gave $500 to the college if it would bear his name.  Right here we might state that too much stress has always been laid on characters of this caliber.  While those people were able to contribute to such causes of their means there have always been others that gave their time and talent in other ways to good causes, to whom little publicity has been given.  May praised be their good name.  James R. Alexander spent his life in the Bowling Green school, where he had world recognition as a mathematician.