Now that we are fairly settled into our new home in Rudyard, Michigan, I have been anxious to share local history with you.  Covid-19 has kept us all from getting out and enjoying the things we normally do.  Last week, while on a Wal-Mart pickup run, we stopped at one of the lovely cemeteries in the middle of Sault Sainte Marie – about 20 minutes from our home.  The dandelions have been expressly beautiful this year – such a vibrant yellow against an equally sensational green – and this cemetery was filled with them (as is our yard!).  I’ve never understood the need to eradicate the poor dandelion – one of nature’s gifts.  Since there was no one in the cemetery I felt quite safe exploring and taking a few pictures – and I had my trusty sidekick with me.

Maple Ridge Cemetery was established in 1874.  In my research several of the graves were said to have been moved from ‘the old cemetery’.  Not sure yet which one that is. 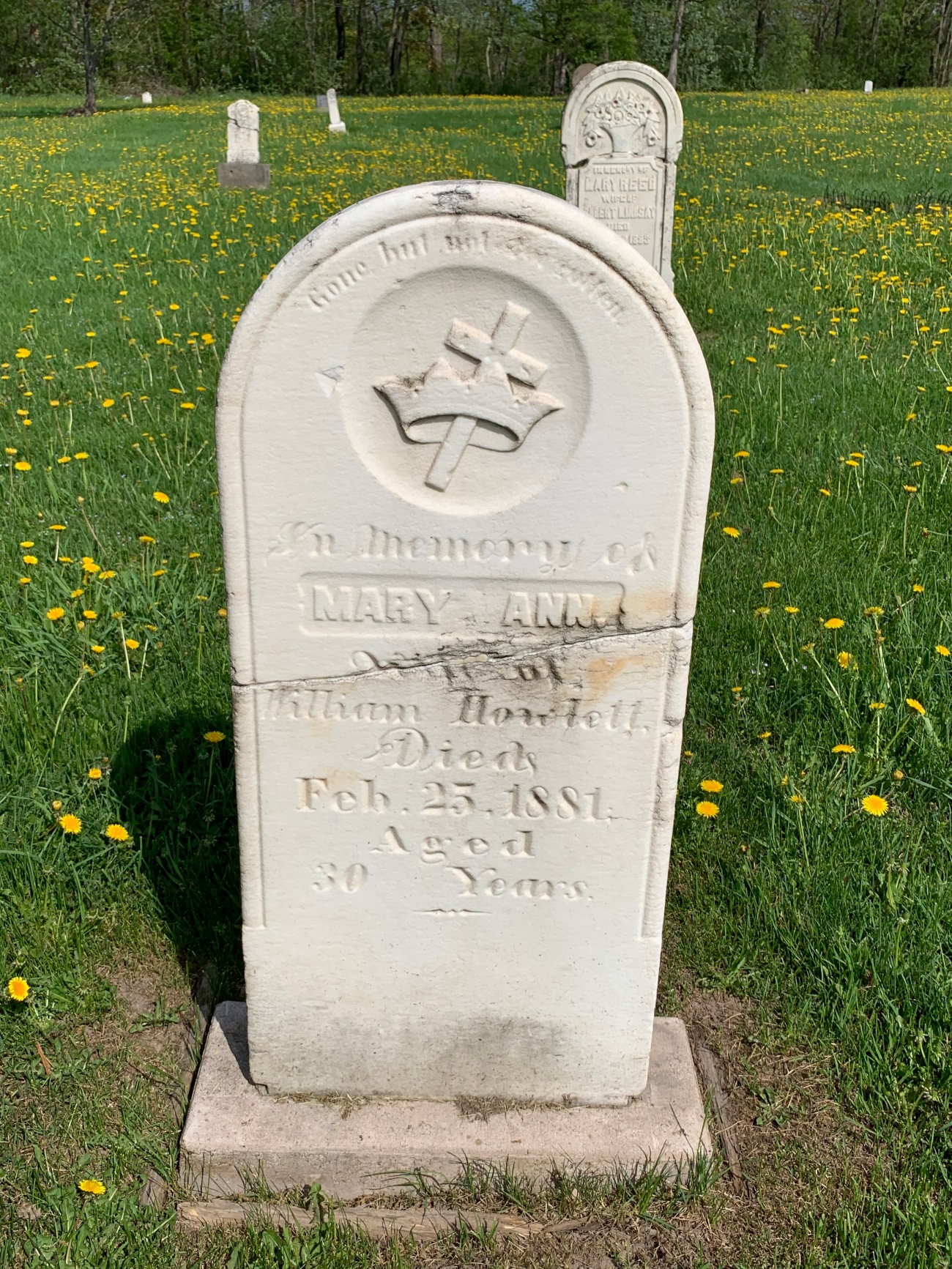 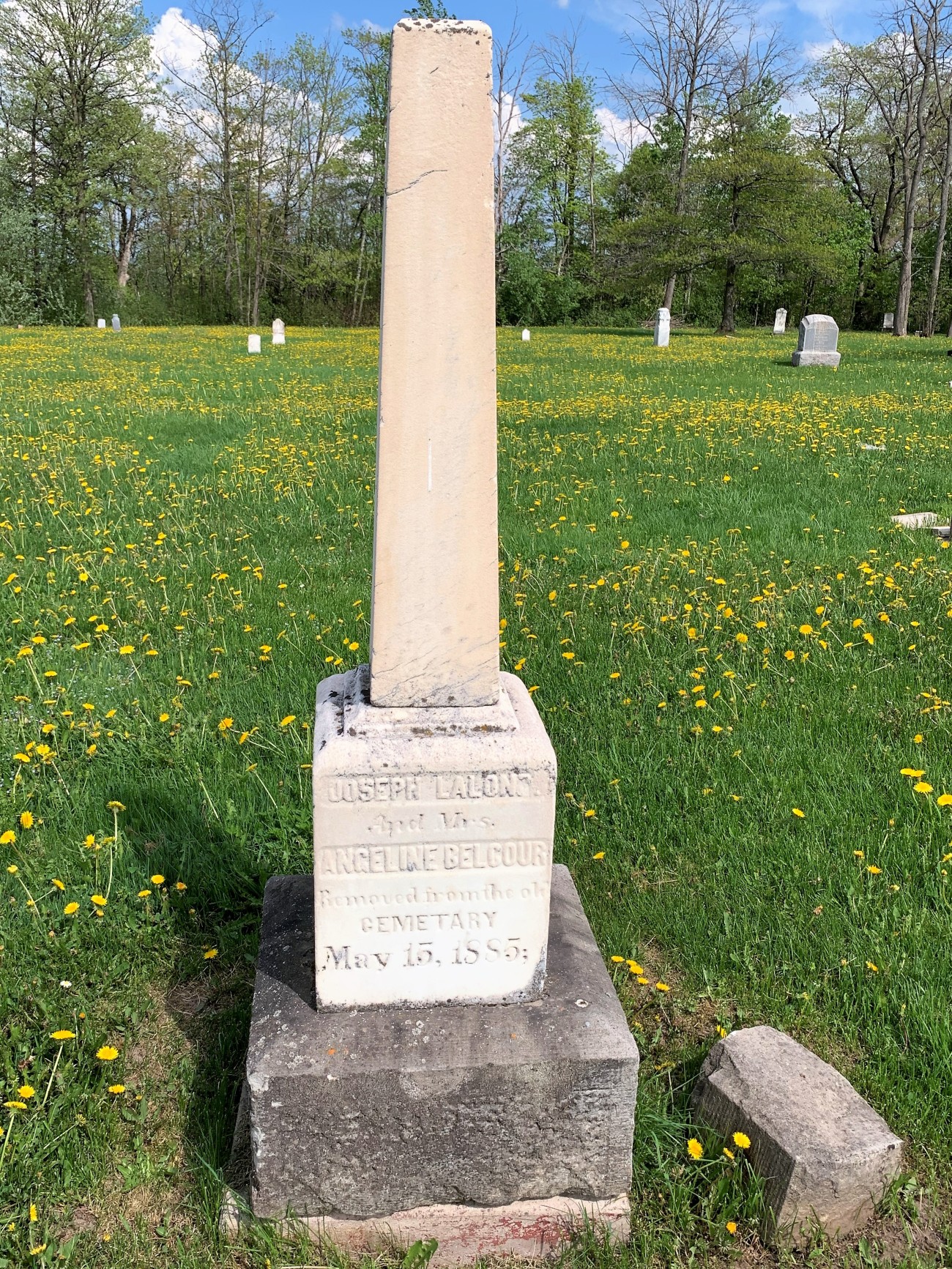 Joseph Lalonde and Mrs. Angeline Belcour, removed from the old cemetery May 15, 1885.

Grandson Julian is now 5 and loves to visit cemeteries with me. I believe I have found someone to carry the torch when I am gone.

Kentucky will always hold a special place in my heart – I was born there and lived the first 62 years of my life there, my children and grandchildren were born there.  But you are never too old for a new adventure.  My 4th great-grandfather, Captain John Hancock Linton, was 68 years when he made the trip from Loudoun County, Virginia, to Washington County, Kentucky in 1818 – a much more difficult trip than our move.  We love our new home in Chippewa County, Michigan, and call our 40 acres Kentucky Kindred Farm – a sharing of ideas and adventures, a mix with the old and the new.