This morning I came across notes written while staying at Garwood Linton’s family home in Logan County.  It was if we were transported back in time.  It was so easy to imagine John Wesley and Emma Adelaide Proctor Linton living in this house.  Visiting where people lived helps them get in your heart.  My thoughts at the time . . . 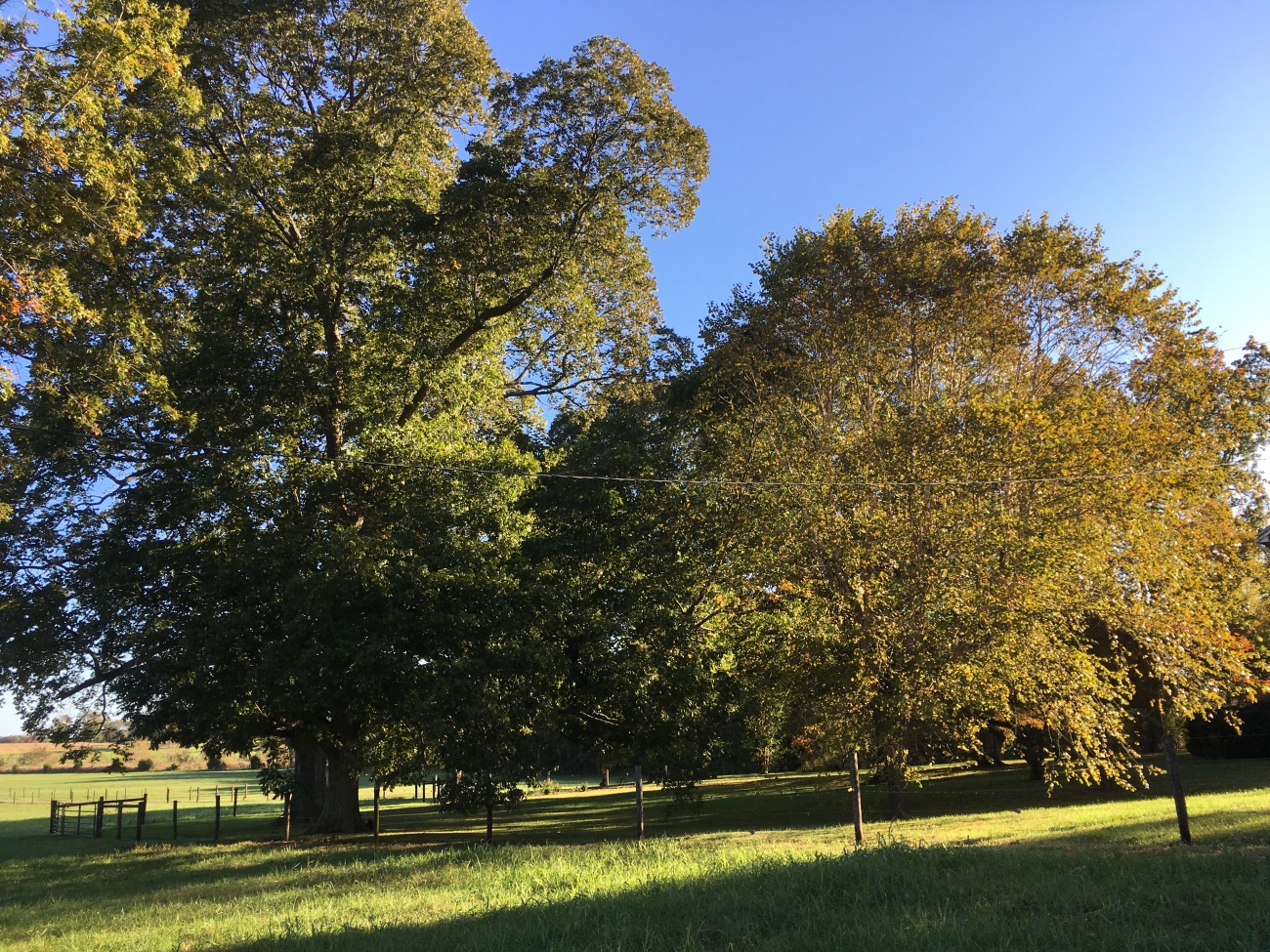 Ritchey and I are staying at the Linton farmhouse of Garwood Linton, my cousin.  There was quite a rain last night, started just as we went to bed.  A lullaby for sleeping.  This morning my world is drenched.  In the view from the picture window in the dining room every leaf and branch have visible water droplets.

And what a view that is!  Trees that are hundreds of years old, tall, with branches that spread many feet.

The famed cedar trees that John Wesley Linton planted for his comrades lost during the Civil War, maple, mimosa, and many others.  Three barns are in the distance.  Even with the rain two squirrels are playing games.

Yesterday was spent with Garwood at the big house.  He has accomplished so much with his renovations since we last visited.  The rooms are filled with furniture originally from the home.  And we talked genealogy, can’t do that with everyone!

Garwood had several new things to share with us, recently brought by another cousin.  The most extraordinary was a glass-topped shadow box, in the center of which was a tintype photo of a family of four – mother, father, daughter and son.  Around the photo, in a horseshoe shape, was a garland of flowers made from human hair.  The craftmanship was meticulous.  Several different flowers were made from different colored hair.  I have seen something similar in a museum, but not quite this elaborate, and with no picture.  There are about eight silver buttons that hold the garland in place.

Garwood does not remember who is in the photo since he hasn’t seen it for many years.  Comparing other family photos, John Wesley and wife Emma Adelaide Linton, were ruled out.  The dress of the woman in the photo is from the 1870’s to 80’s.  But the wide lapels of the gentleman’s coat are reminiscent of the 1860’s.  The children are perhaps six and eight.

So we have a mystery to solve!  And why was this piece of art created in the first place?  Was it to mourn the death of a family member?  Garwood was told this was fashioned in a horseshoe shape to allow the souls to pass through.

John Wesley Linton’s brother, Thomas Alvey Linton, was born in 1845.  He married, as his first wife, Elizabeth F. Proctor (sister to Emma Adelaide), February 22, 1870, in Logan County.  She died in 1886 or 1887 – could this be a tribute to her?  A check of the 1880 census could answer this question – did they have a son and daughter?  Although the original census records of Logan County for 1880 are difficult to read due to water marks, I could decipher that Thomas and Elizabeth had no children listed in 1880.  Son George Browder Linton was born the next year, and daughter Ada within a year or two.  Little Ada died about the same time as her mother.  It seems likely Emma Adelaide Proctor Linton made this memorial to her sister and namesake niece.  I’m sure many tears were shed during its production, hopefully healing tears. 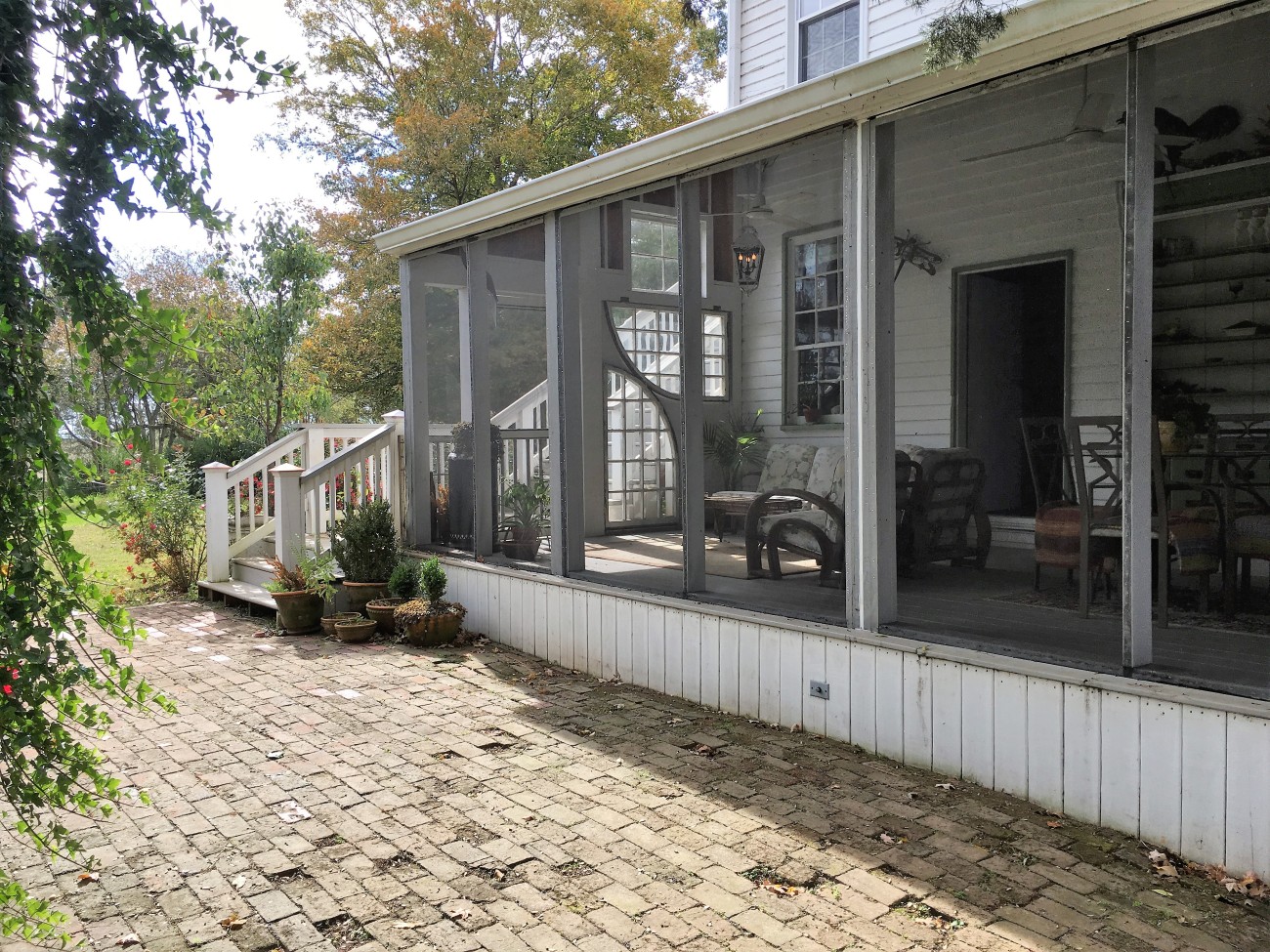 Sitting on the porch at the big house, having a cup of tea.  It’s a beautiful but chilly fall morning.  The grand trees are slowly changing their summer greens to yellows and reds.  There are a multitude of birds – cardinals, wrens, woodpeckers, and some I do not recognize.  The grey cats are lazing in the sun.  And a gentle breeze moves the hanging limbs, a gentle swaying in the dance of life.

Now there is nothing but peace around the farm.  What a difference from the time John Wesley Linton made this his home.  It must have been a bustling farm, a large family living in he house, going about their everyday chores – planting crops and gardens, chopping weeds out of the tobacco crop, frying chicken and baking biscuits for supper, washing and mending clothes for the family.  And the children, their shrieks of joy when playing tag in the big yard, perhaps a groan or two when it was time to help with chores, and their sweet faces when tucked safely in bed each night.