Col. Abraham Stout Drake was born in New Jersey in 1781.  His parents were Nathan Drake, a Revolutionary War soldier, and Tamar Jones.  Nathan and Tamar moved their family to Fayette County, Kentucky, after the war, where  Abraham married Hannah Prall, October 26, 1805.  An interesting note about the marriage – Jedidiah Stout is not only the bondsman, but was the guardian of Hannah.  Stout is the last name of Abraham’s paternal grandmother!  There must be a connection there!

Abraham Drake served as Captain (beginning February 4, 1814) of a company of militia in the War of 1812, which was commanded by Lieutenant-Colonel John Francisco, and served until the end of the war.

David must be a grandson of Abraham and Hannah – and most likely the ‘S’ stand for Stout!  Such a short life!

What do you think the first name of Laura’s husband could be?  My thoughts are Homer, Roger – any ideas?  The rest of the stone is fairly easy to read! 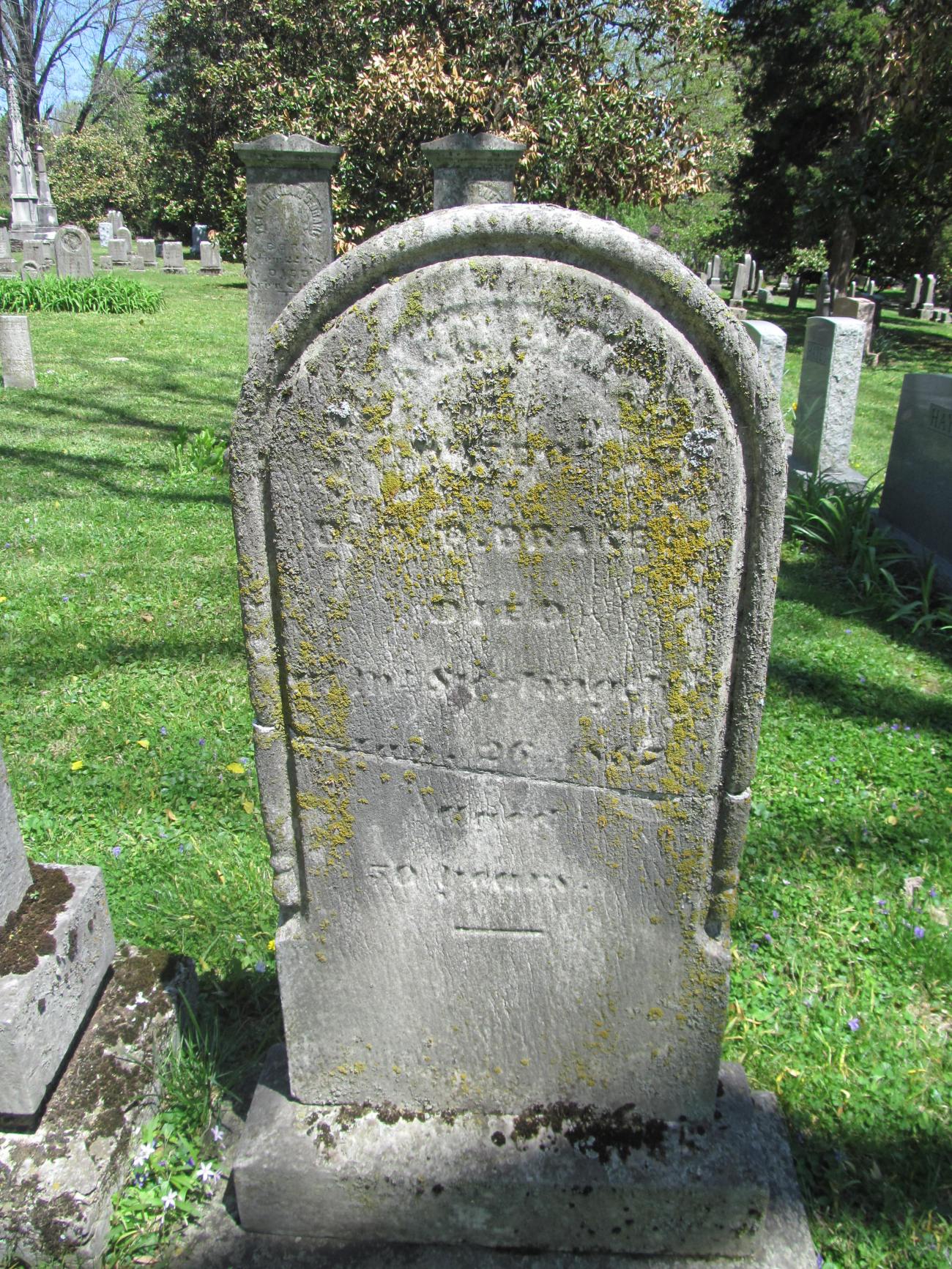 Another stone that is difficult to read!  Could this be the wife of Abraham and Hannah’s oldest son?  Hopefully you can answer some of the questions we have about the Drake family!