1794 Will of Thomas Burbridge of Scott County

The first will in Scott County Will Book A is that of Thomas Burbridge.  Evidently Thomas is not married as he gives all his estate to his brothers and sisters – and they are all named!  His sisters are listed by their married name, and then most of their husbands are listed as executors along with Thomas’ two brothers, Lunsfield and George.  What a find for those researching this family! 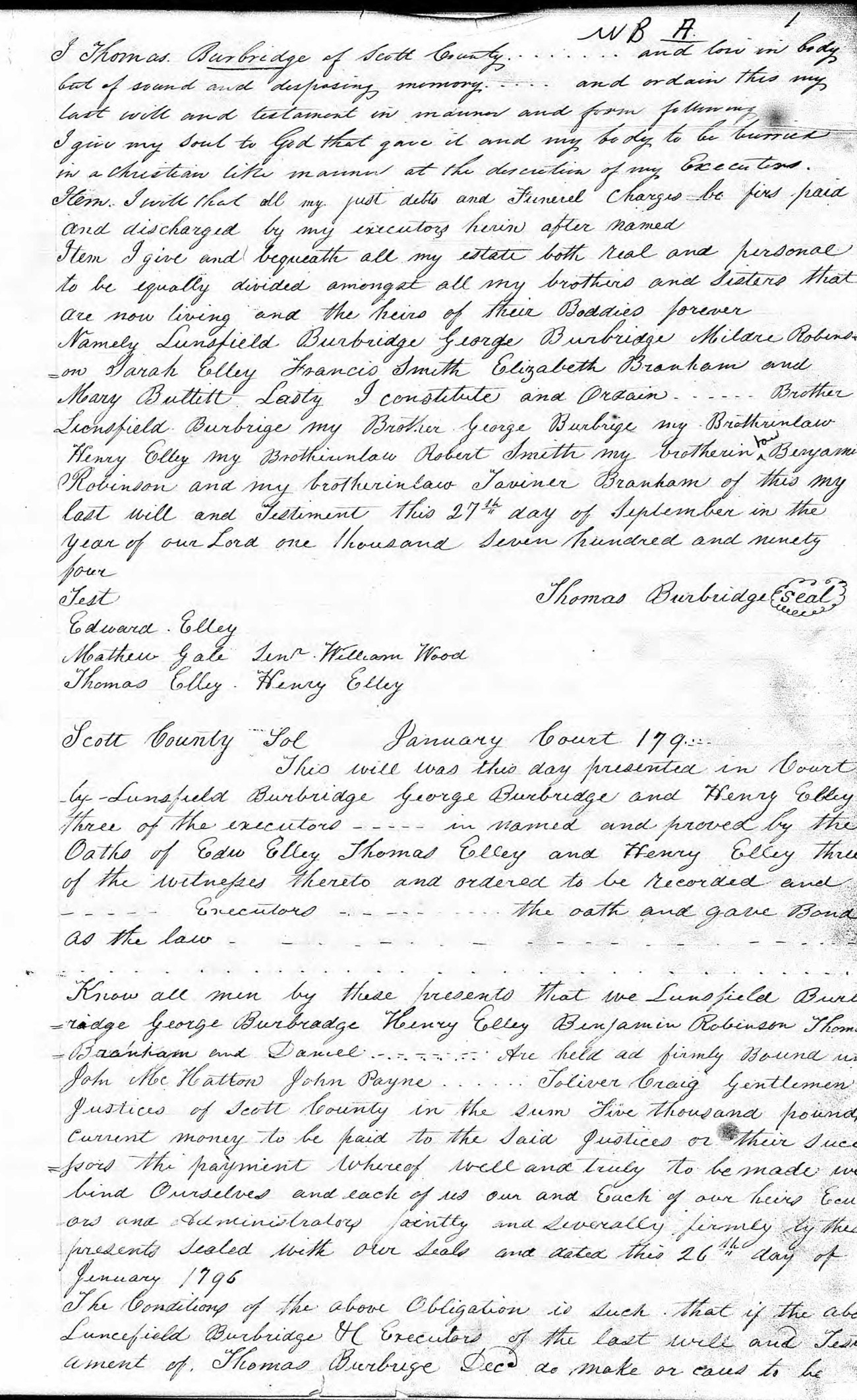 I, Thomas Burbridge, of Scott County, and low of body, but of sound and disposing memory, do ordain this my last will and testament in manner and form following.  I give my soul to God that gave it and my body to be buried in a Christian-like manner at the direction of my Executors.

Item.  I will that all my just debts and funeral charges be first paid and discharged by my executors herein after named.

Know all men by these presents that we, Lunsfield Burbridge, George Burbridge, Henry Elley, Benjamin Robinson, Thomas Branham and Daniel Sinclair are held and firmly bound unto John McHatton, John Payne, Toliver Craig, Gentlemen Justices of Scott County in the sum of five thousand pounds current money to be paid to the aid justices or their successors, the payment whereof well and truly to be made.  We bind ourselves and each of us our heirs, executors and administrators, jointly and severally, firmly by these presents, sealed with our seals and dated this 26th day of January 1796.

The condition of the above obligation is such that if the above Lunsfield Burbridge and executors of the last will and testament of Thomas Burbridge, deceased to made or cause to be 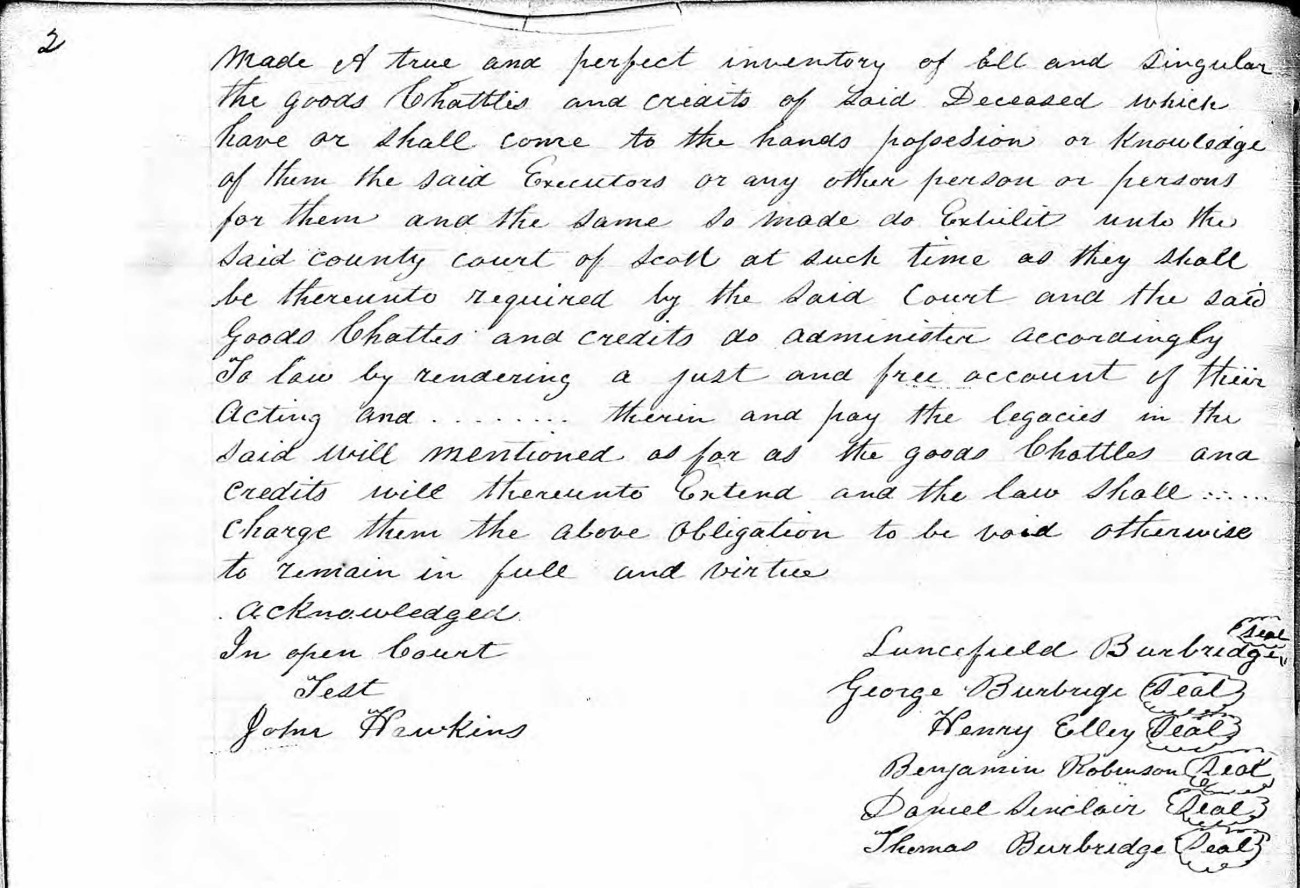 made a true and perfect inventory of all and singular the goods, chattles and credits of said deceased which have or shall come to the hands possession or knowledge of them, the said executors, or any other person or persons for them and the same so made do exhibit unto the said county court of Scott at such time as they shall be thereunto required by the said Court and the said goods, chattles and credit do administer accordingly to law by rendering a just and free account of their acting and therein pay the legacies in the said will mentioned as far as the goods, chattles and credits will thereunto extend and the law shall charge them the above obligation to be void, otherwise to remain in full force and virtue.