A few days ago was the fourth anniversary of mom’s death.  She lived a good, long life, a few weeks short of 83 years.  But the last 7-8 years she developed Alzheimer’s.  This was devastating not only to us, but to her.  Three or four months before her death, in her lucid moments, she would hold my hand and tell me it was such a scary thing not to remember.

But she shared all her wonderful childhood memories with us long before they were stolen away.  Mom was raised on a farm in rural Washington County, not far from St. Rose Catholic Church.  She and her two brothers and four sisters and parents lived through the Depression, and knew how to get by using mainly what was grown, raised and produced on the farm.

Mom loved Reminisce magazine, and subscribed for many years.  Not only did she love reading the stories of yesterday, she submitted several pictures and articles.  Today I share her article from the January/February 1998 issue. 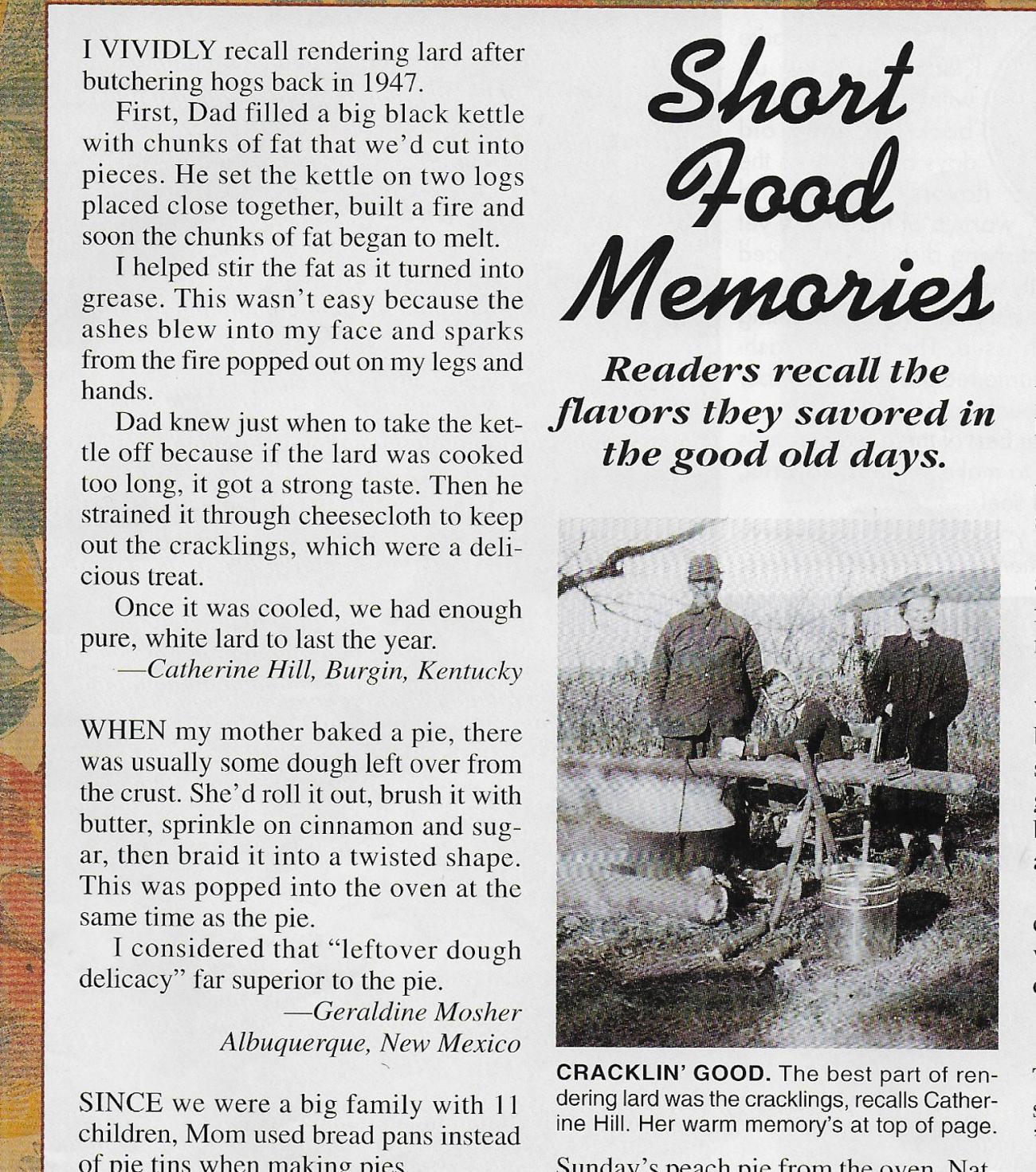 I vividly recall rendering lard after butchering hogs back in 1947.

First, Dad filled a big black kettle with chunks of fat that we’d cut into pieces.  he set the kettle on two logs placed close together, built a fire and soon the chunks of fat began to melt.

I helped stir the fat as it turned into grease.  This wasn’t easy because the ashes blew into my face and sparks from the fire popped out on my legs and hands.

Dad knew just when to take the kettle off because if the lard was cooked too long it got a strong taste.  Then he strained it through cheesecloth to keep out the cracklings, which were a delicious treat.

Once it was cooled, we had enough pure, white lard to last the year.

Cracklin’ Good.  The best part of rendering lard was the cracklings, recalls Catherine Hill.  Her warm memory’s at top of page.

In the picture is my grandfather, Joseph Reuben Carrico – called ‘Rue’; Margaret Ann Carrico, my aunt; and Helen Nora Carrico Blandford, my great-aunt, whom we called Aunt Nell.