Author of A Knight Templar Abroad 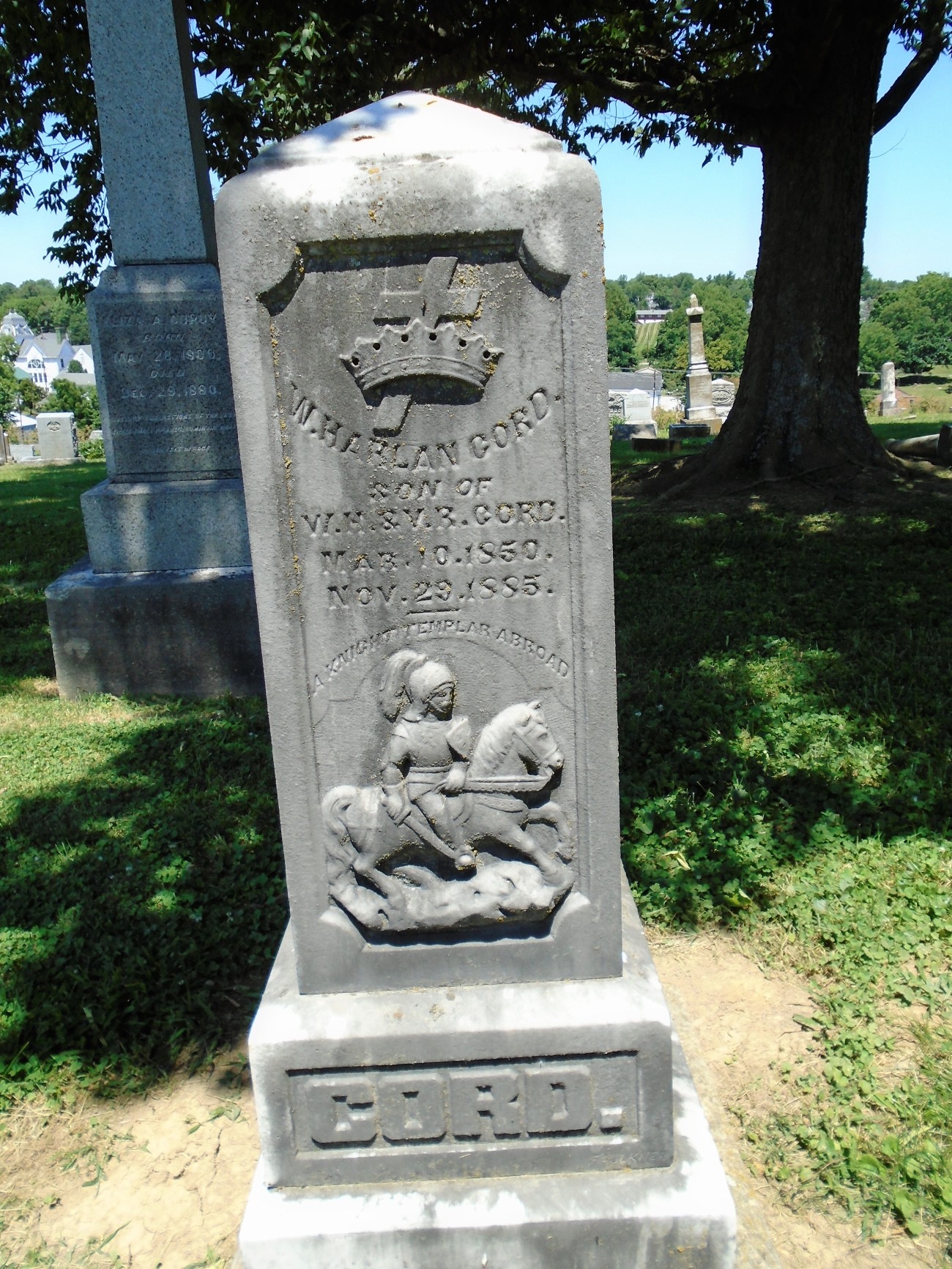 When I first saw this gravestone in Evergreen Hill Cemetery in Flemingsburg, Fleming County, I knew there had to be a story behind it.  And yes, I found one.

William Harlan Cord was the son of William Hough Cord and Virginia R. Dupuy.  His father was born in Mississippi, his mother, Virginia.  The two met and married in Mason County, just north of Fleming County May 31, 1849.  I could not find the couple in the 1850 census, but in 1860 the family is living in Fleming County.  William is 37, a lawyer.  Virginia passed away in 1855.  Children listed are William H., 10; Irene, 8; and Mary, 5.  Also living in the household is Mary F. Dupuy, sister of Virginia, living there to help care for the children.  She is listed as 32, born in Virginia.

In 1870 William and Mary have married.  Children listed are William H., 20; Mary, 15; and Clarence, 3, evidently a child of this second marriage.  Also living in the household is Eliza Dupuy, 45, her occupation – authoress.  She is another sister of Virginia and Mary Dupuy.  In 1880 everyone except Mary Cord live together.

With just a bit of research I found that Eliza Ann Dupuy, 1814-December 29, 1880, was a short-story writer and novelist.  She was born in Petersburg, Virginia, the daughter of Jesse Dupuy, a shipowner, and Mary Anne Thompson Sturdevant.  Jesse Dupuy died at an early age and Eliza helped support her mother and younger siblings, which included working as governess and tutor for several prominent southern families.  She lived in New Orleans during the Civil War.  She wrote thirteen novels, many under the pen name Annie Young.  She returned to Kentucky after the war and died on a visit to New Orleans January 15, 1881. 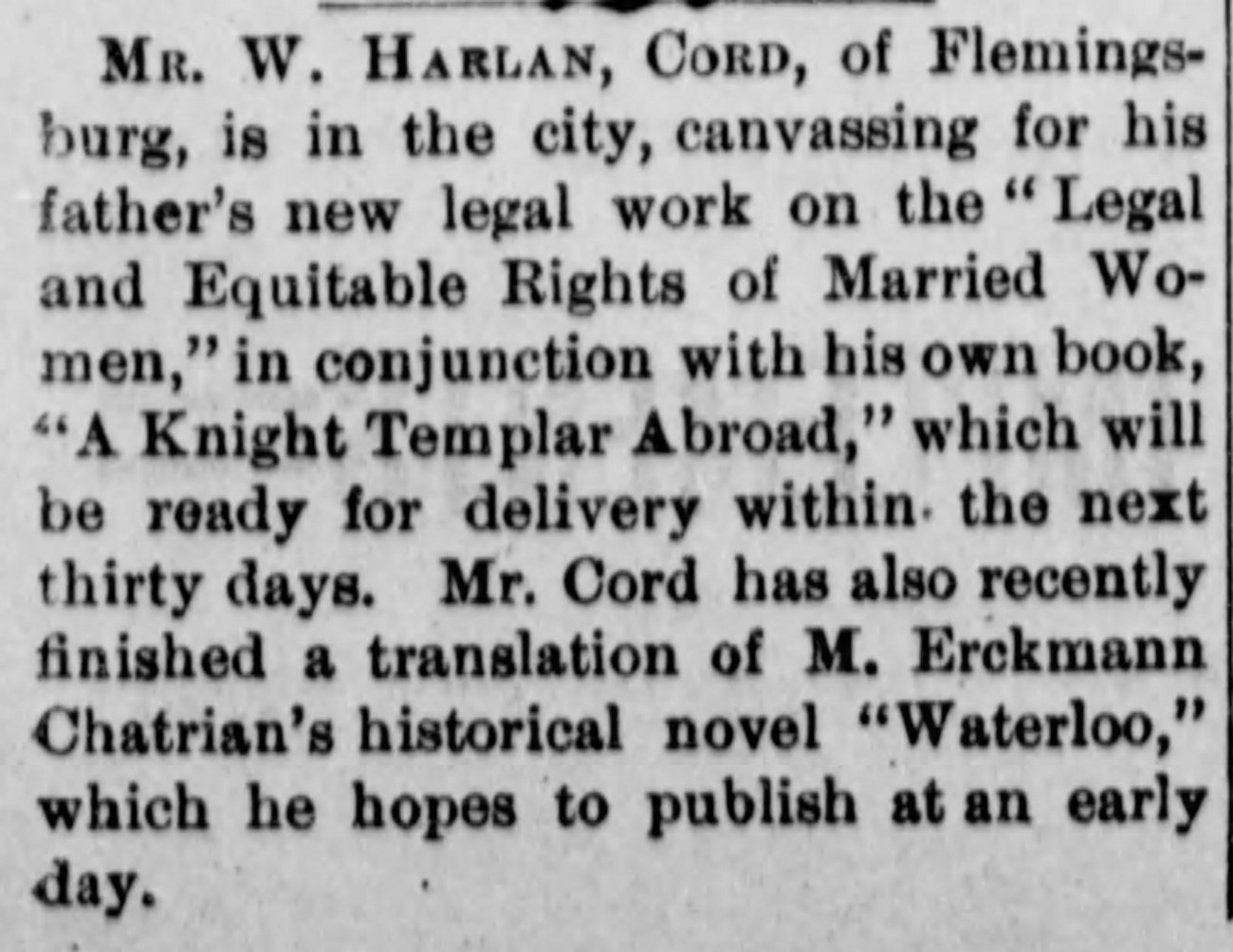 Perhaps having an aunt that was a published author – or authoress as she proclaimed herself – helped William Harlan Cord take up his pen and paper.  Harlan studied law, to follow in the footsteps of his father, but perhaps writing was his passion.  His book, A Knight Templar Abroad, is a record of his visit to Europe in 1883. 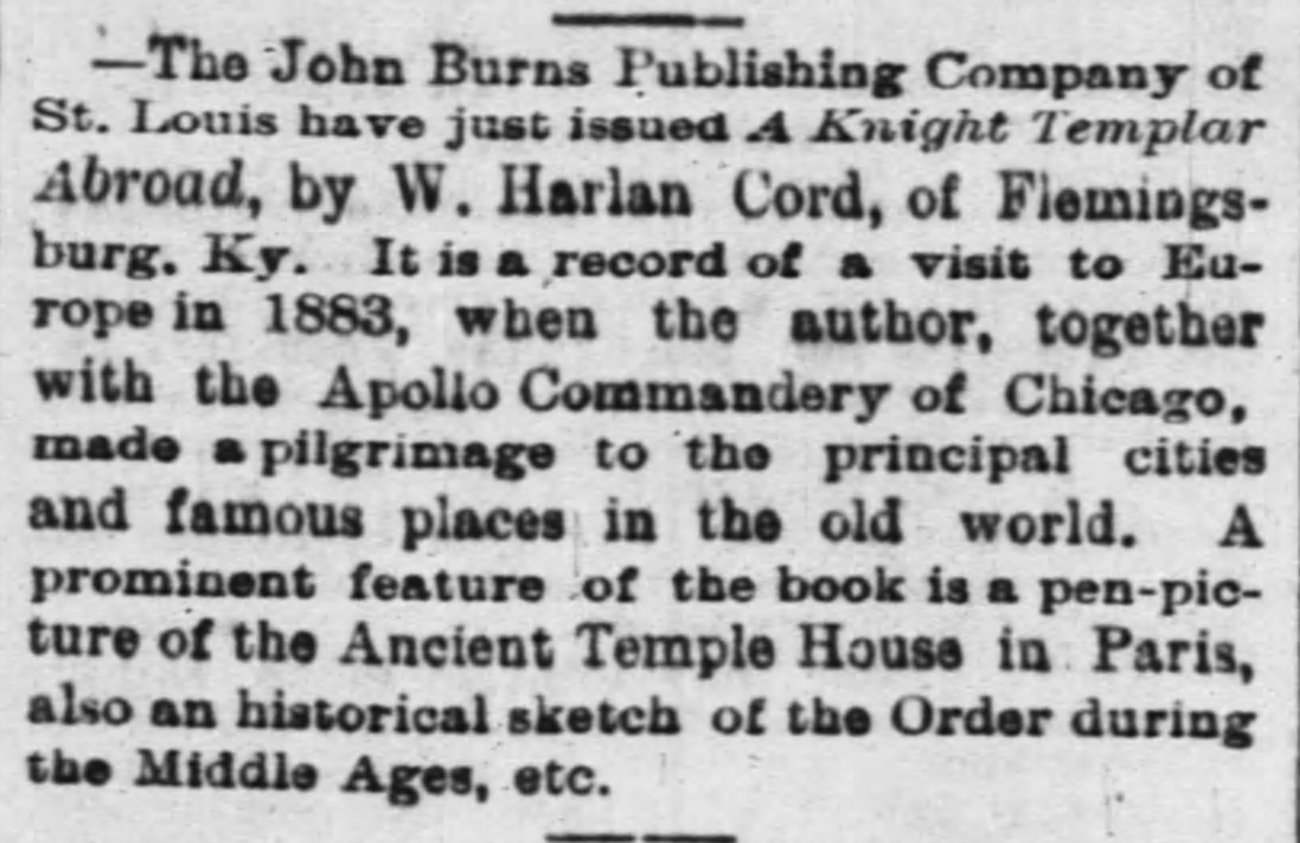 The Evening Bulletin of Maysville said in their December 15, 1884, edition, that Harlan had sold $500 worth of his book in three weeks!  The books were priced at $1.50.  He sold about 335 copies during that time period.  Unfortunately. he did not live long enough to achieve the fame that could have been his.  In the November 30, 1885, edition of the same newspaper it is mentioned that ‘Mr. W. Harlan Cord of Flemingsburg is dangerously ill.’  W. Harlan Cord died the day before the newspaper was printed, November 29, 1885. 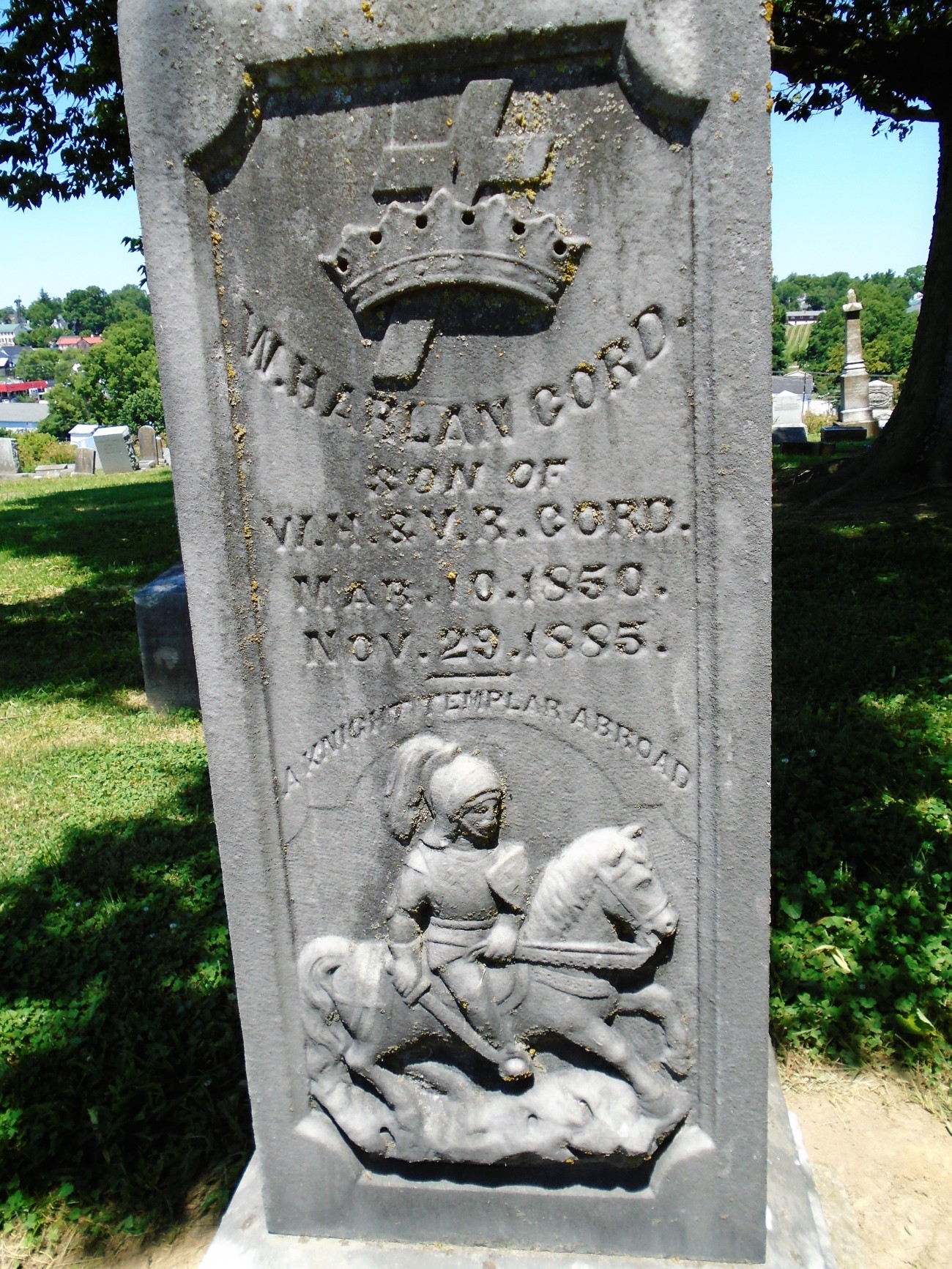 The beautiful stone that was made specifically for Harlan has a knight on horseback, with the name of his book above.  The cross and crown at the top of the stone is a Christian symbol of the sovereignty of the Lord.  When the crown is combined with a cross, the crown means victory and the cross means Christianity.  The cross with a crown also denotes a member of the York Rite Masons.  As with all types of crowns used by the Masons, it symbolizes the power and authority to lead or command.