By Kentucky Kindred Genealogical Research on October 14, 2018 • ( Leave a comment ) 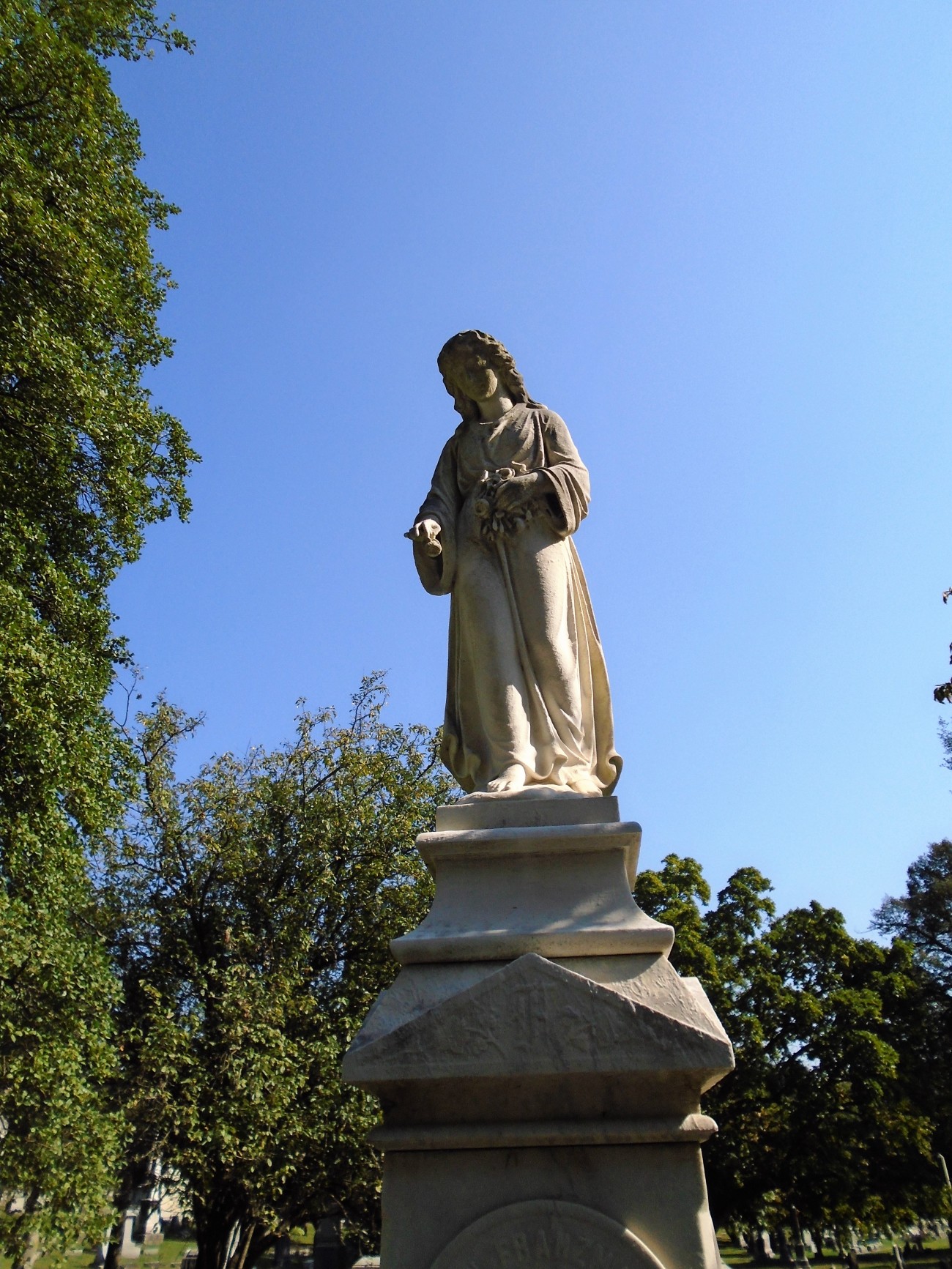 The will of John Franzmann was posted earlier this week.  Today I want to share cemetery photos and clips from the local newspaper about this family.  All photos were taken in Cave Hill Cemetery and all newspaper clippings from The Courier-Journal of Louisville, Jefferson County, Kentucky. 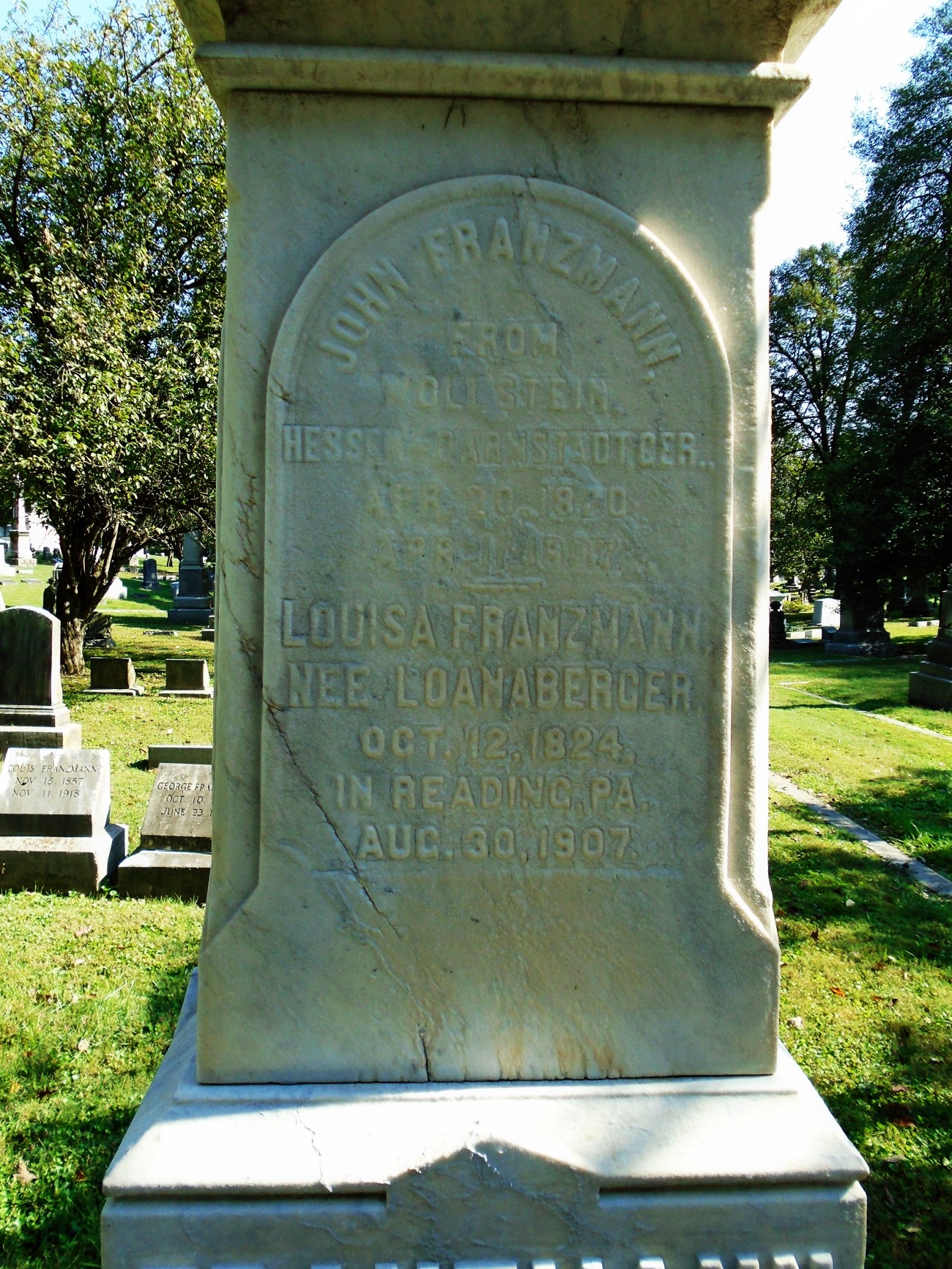 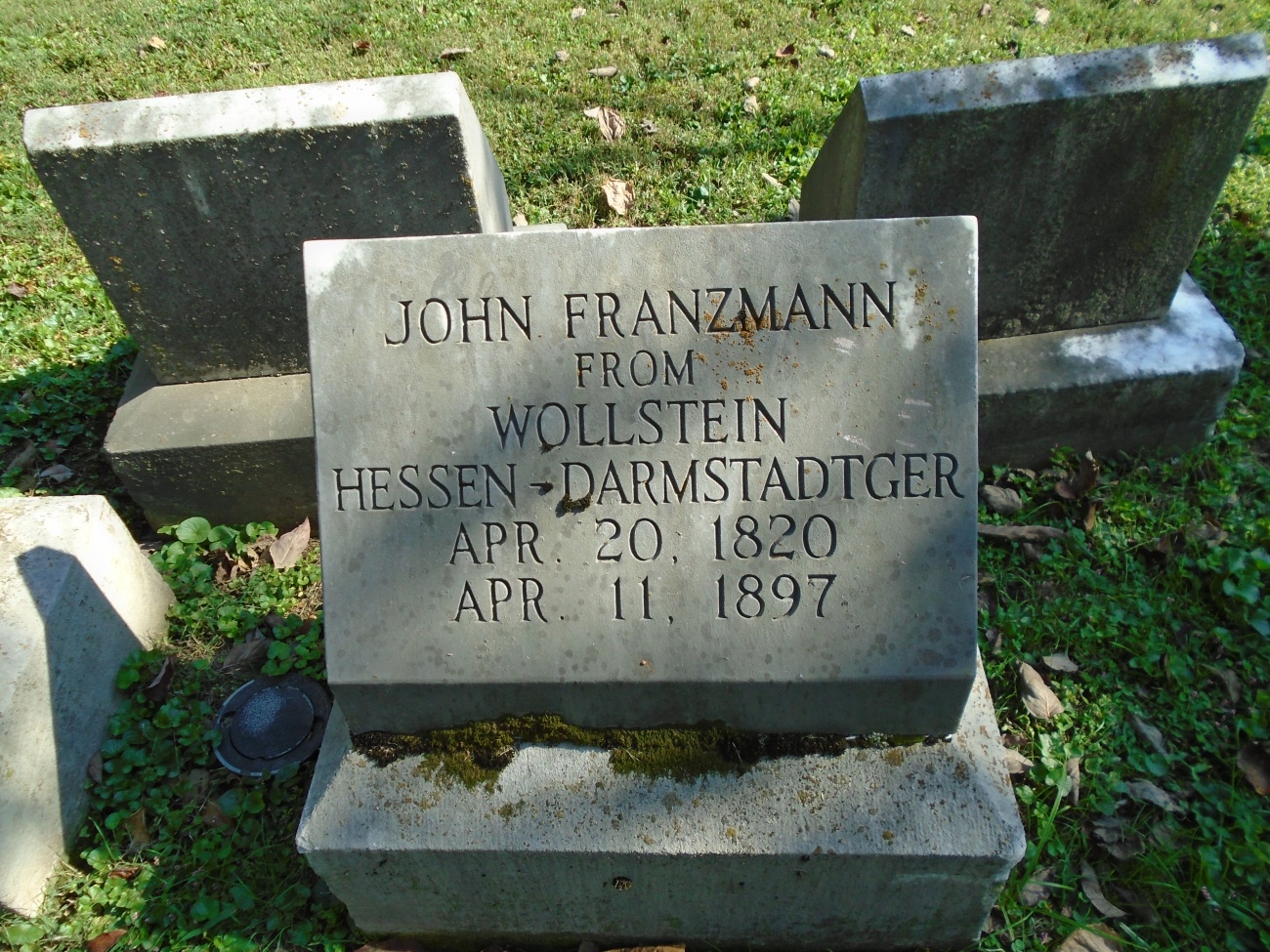 Most family members have their names and dates carved on the large stone, and also individual stones.  The large stone was probably added at a later date.  Daughter Louise Franzmann could have added it after the death of her brother George.  She was the only remaining member of the immediate family, just nieces and a nephew. 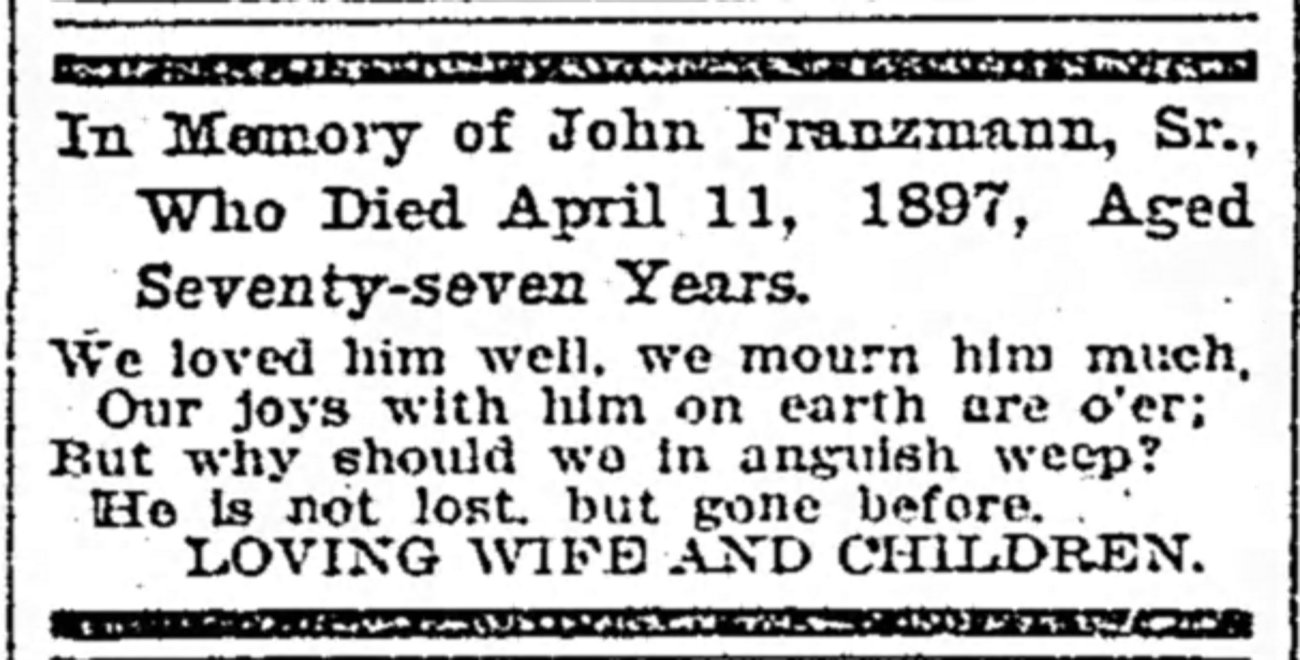 I could not find an obituary for John Franzmann, but this loving memorial appeared in the newspaper six years later. 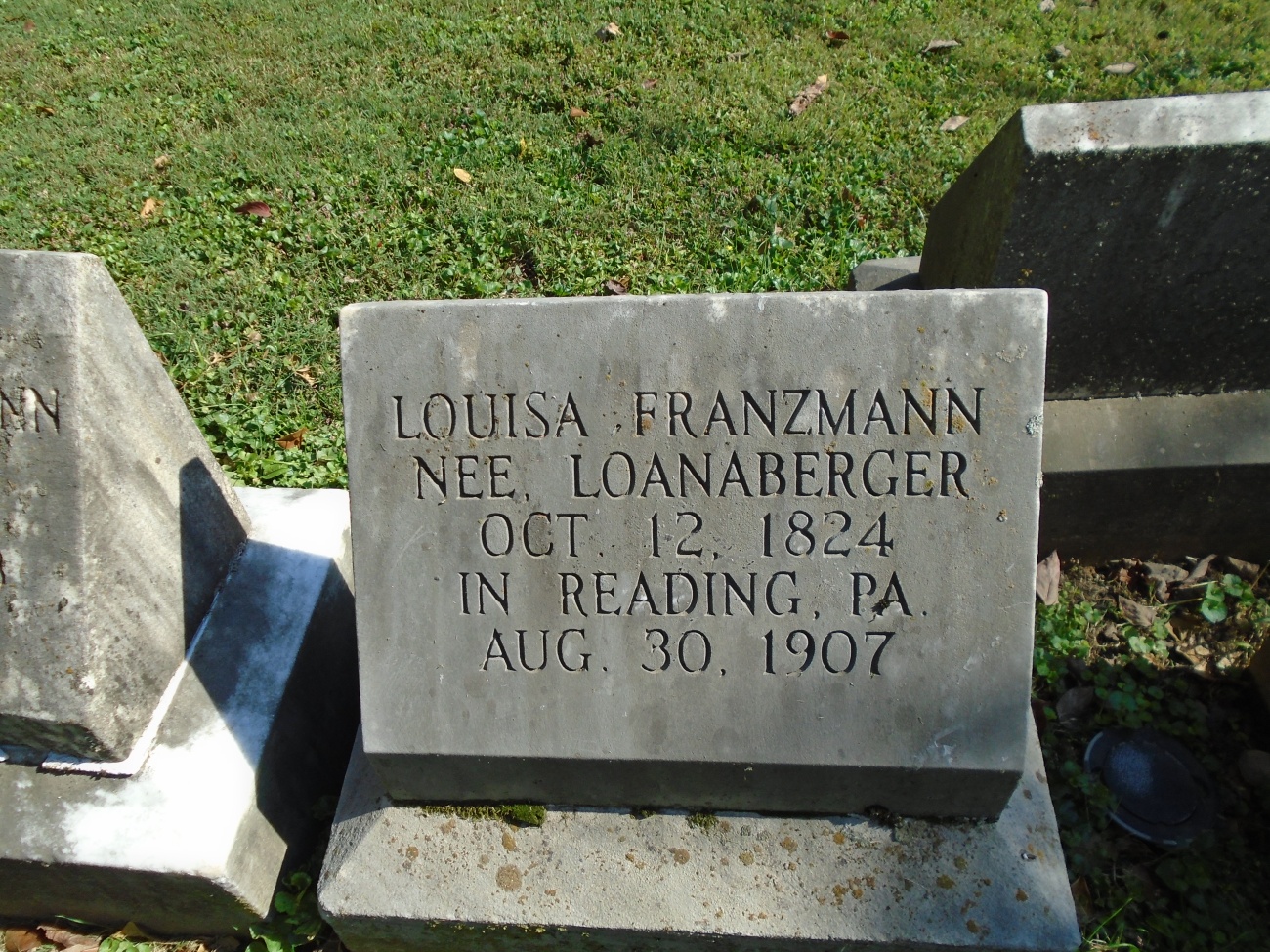 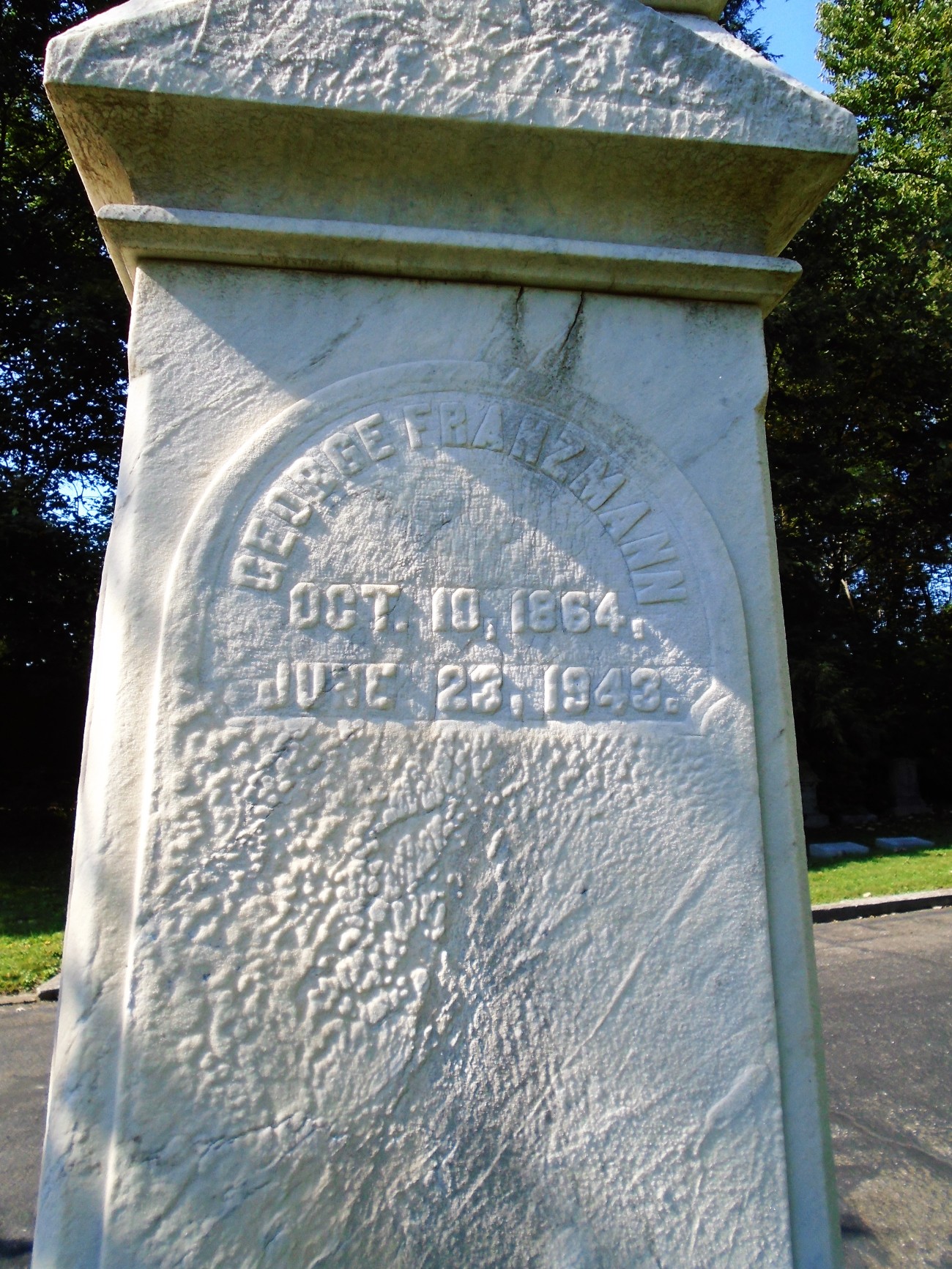 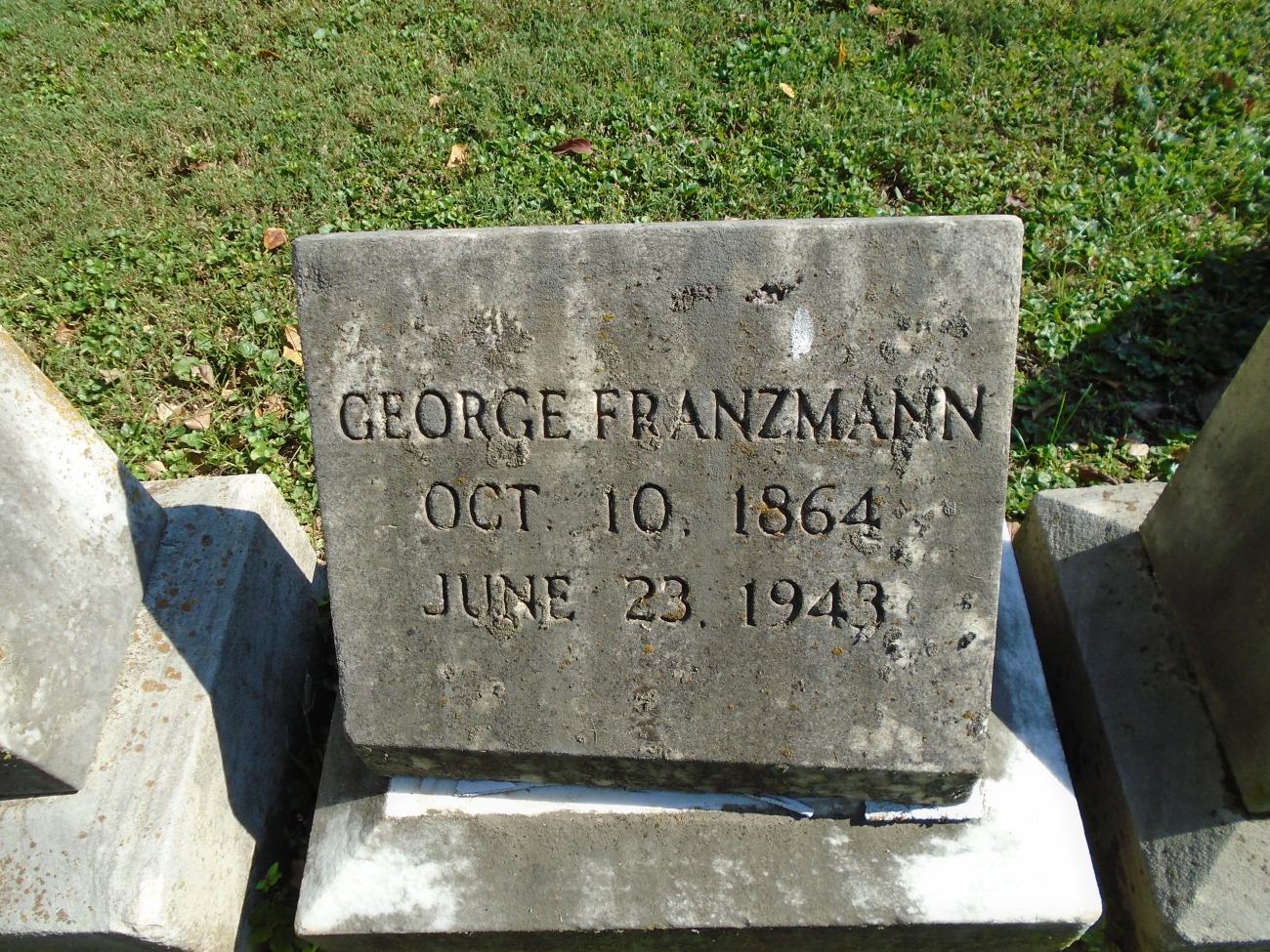 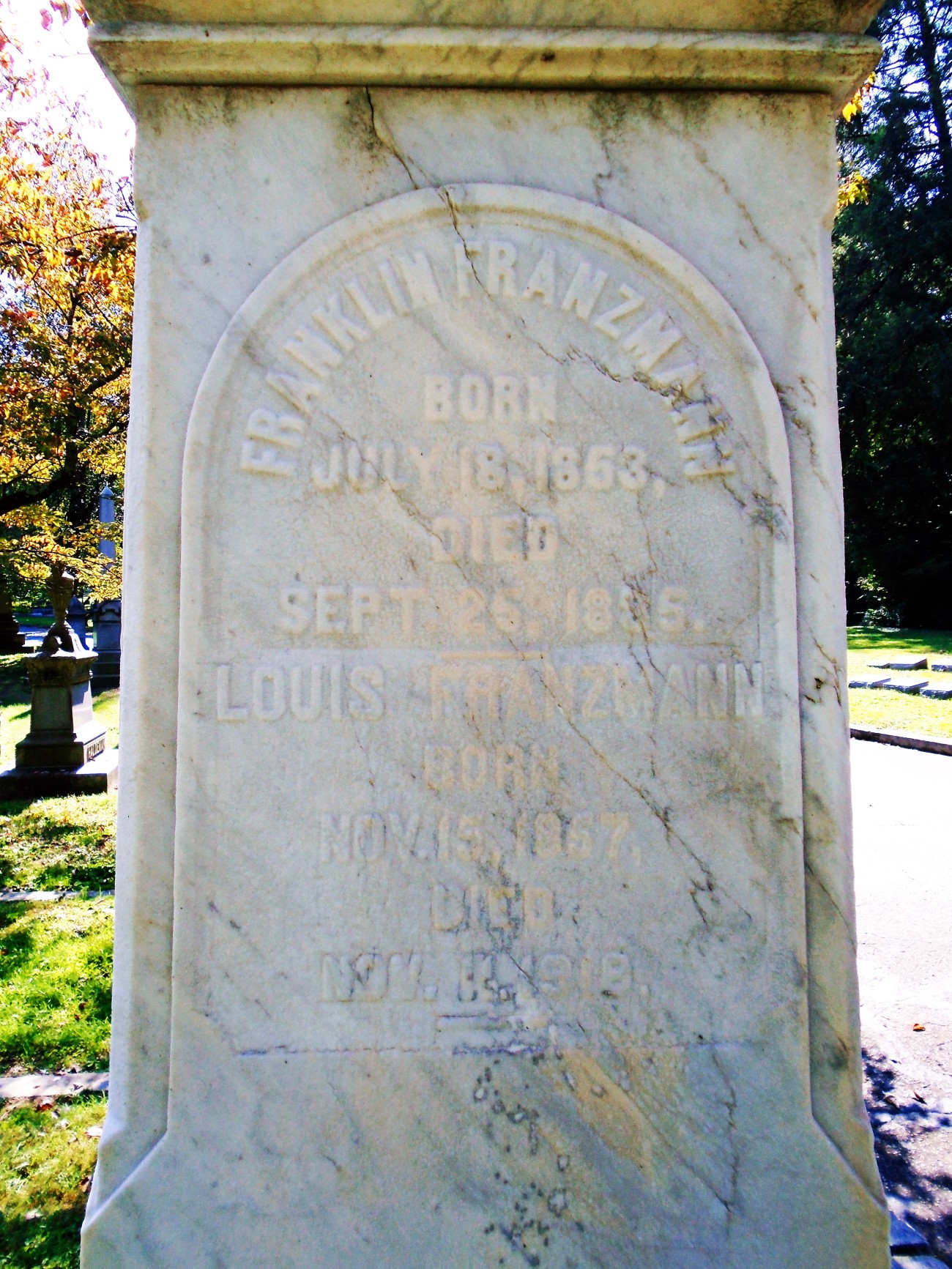 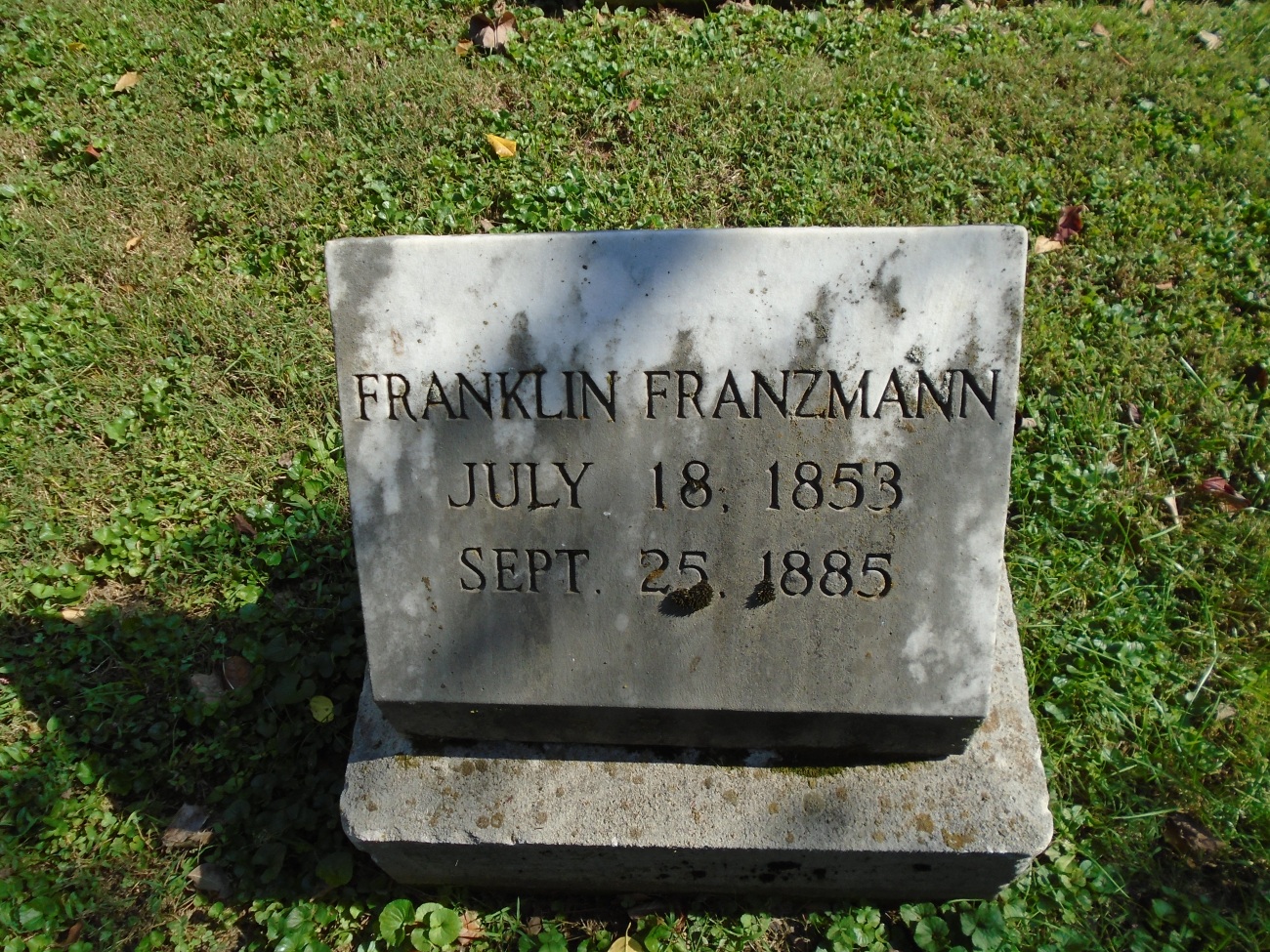 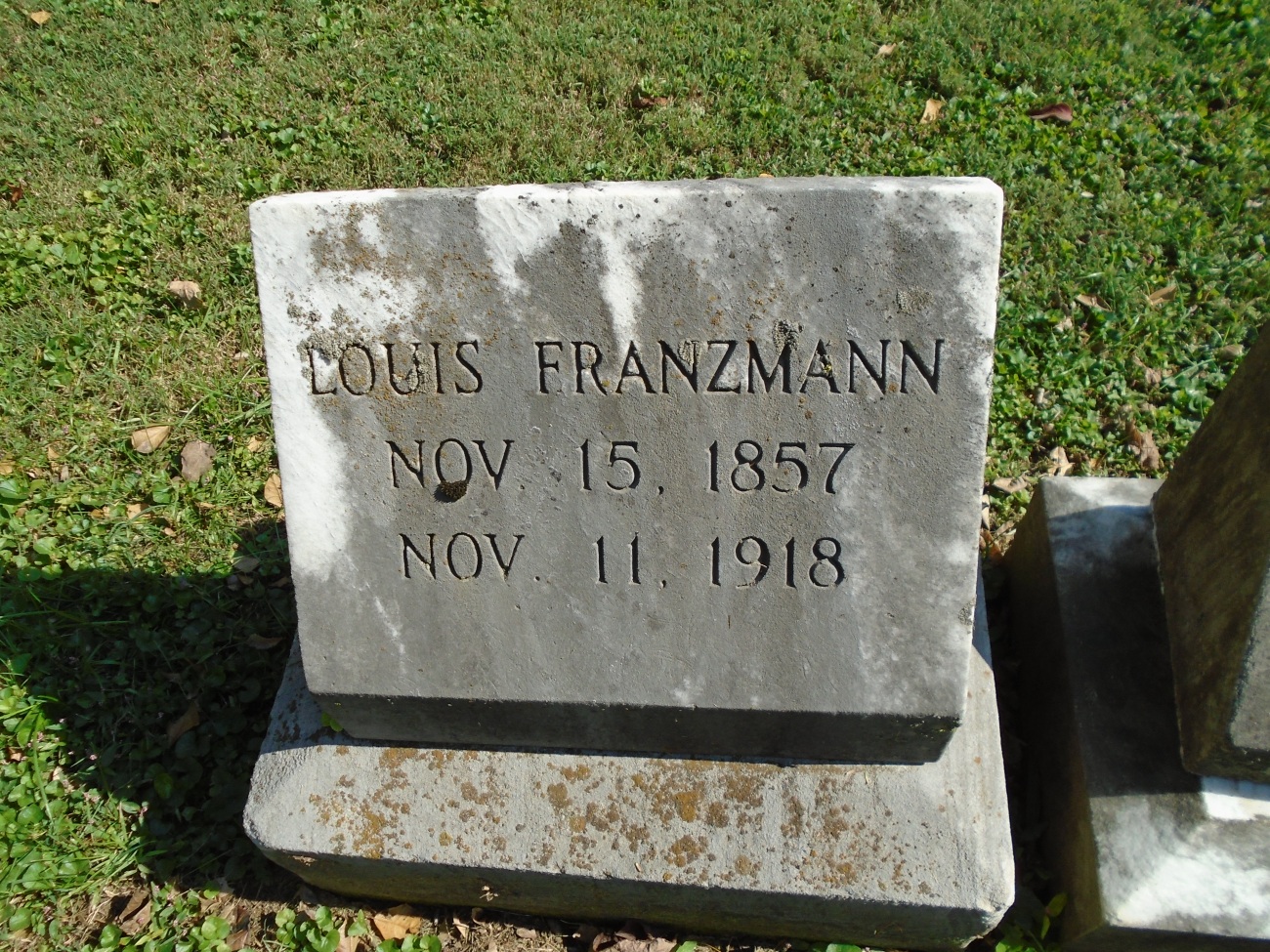 There are no gravestones for Louise Franzmann and her brother Harry who died four years before Louise.  Her parents and the rest of the  brothers and sister went before them.  I would think the side of the large stone on which George’s name is placed would have been left for her.  Her nieces and nephews seem very loving as you can see from the following tributes in the newspaper.  Was this just an oversight? 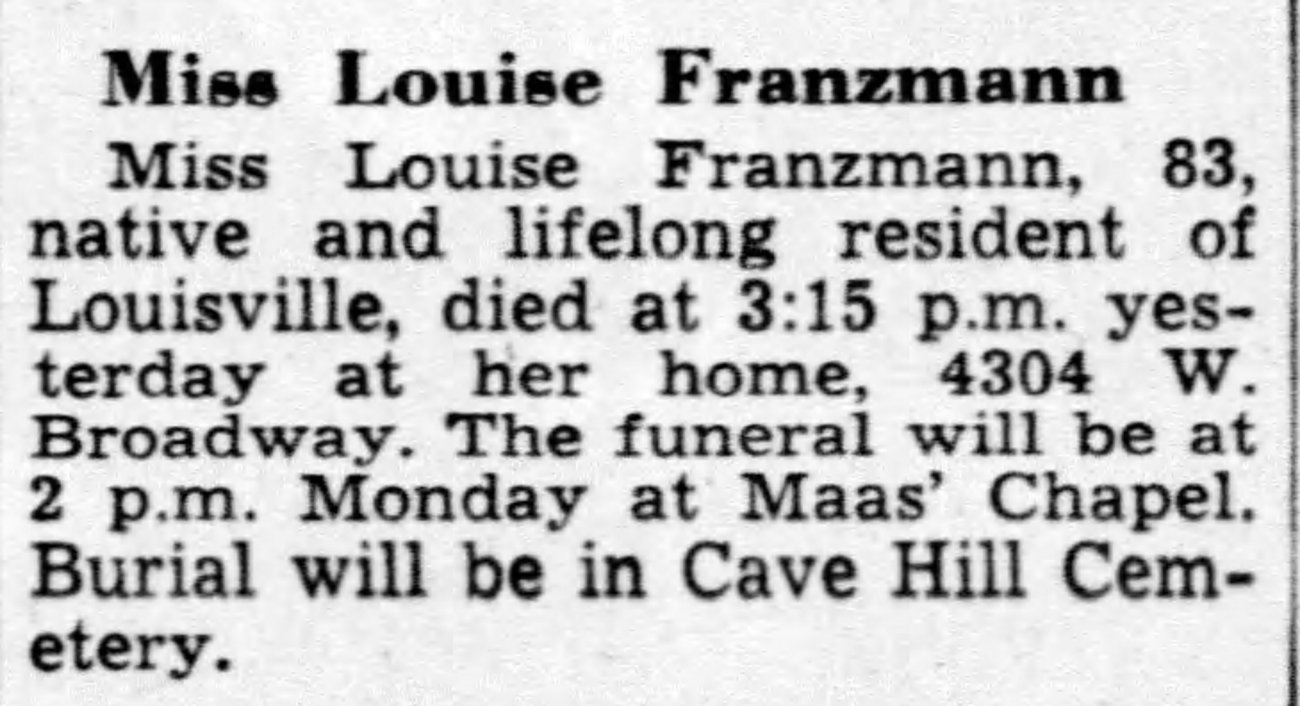 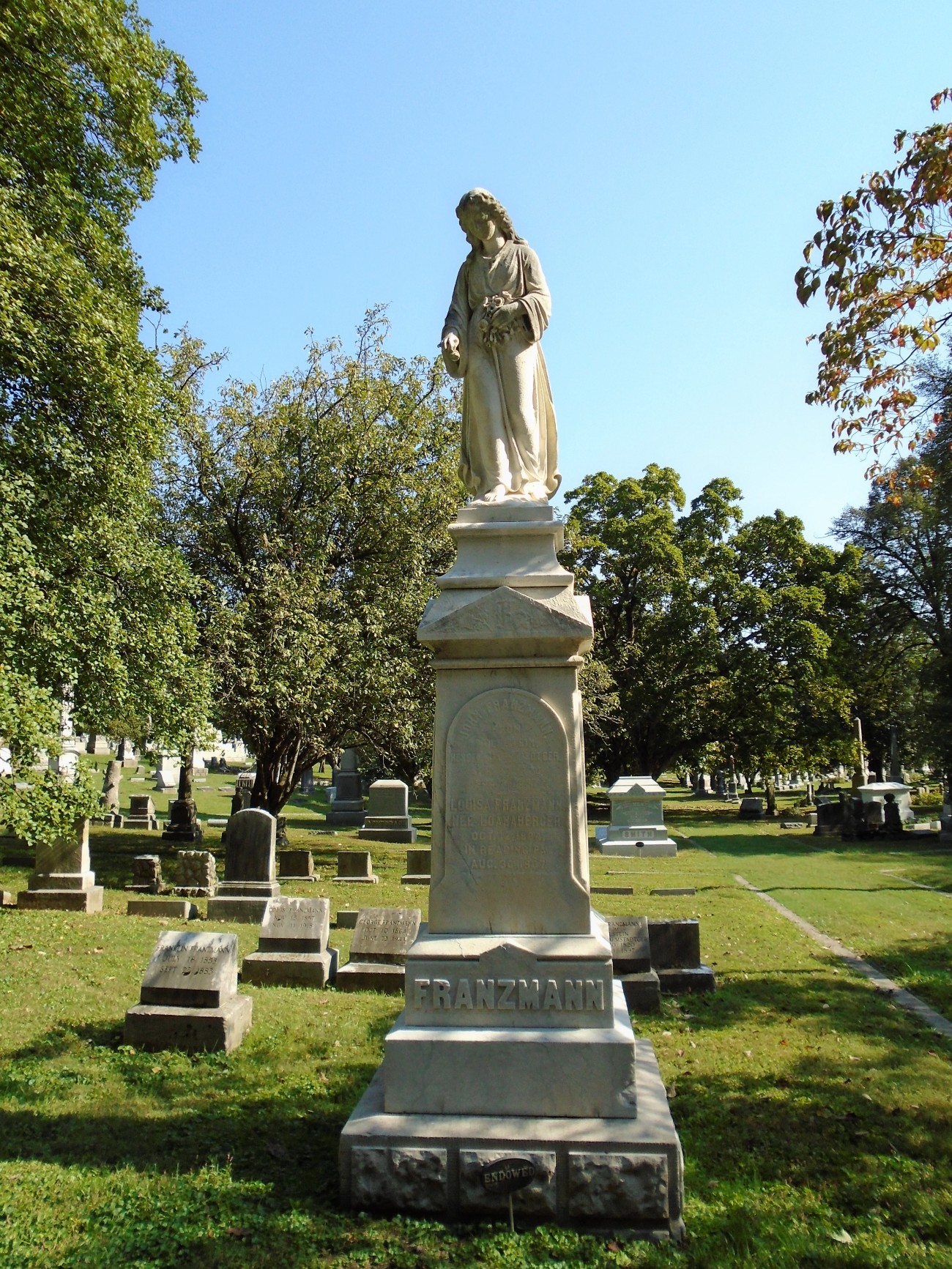