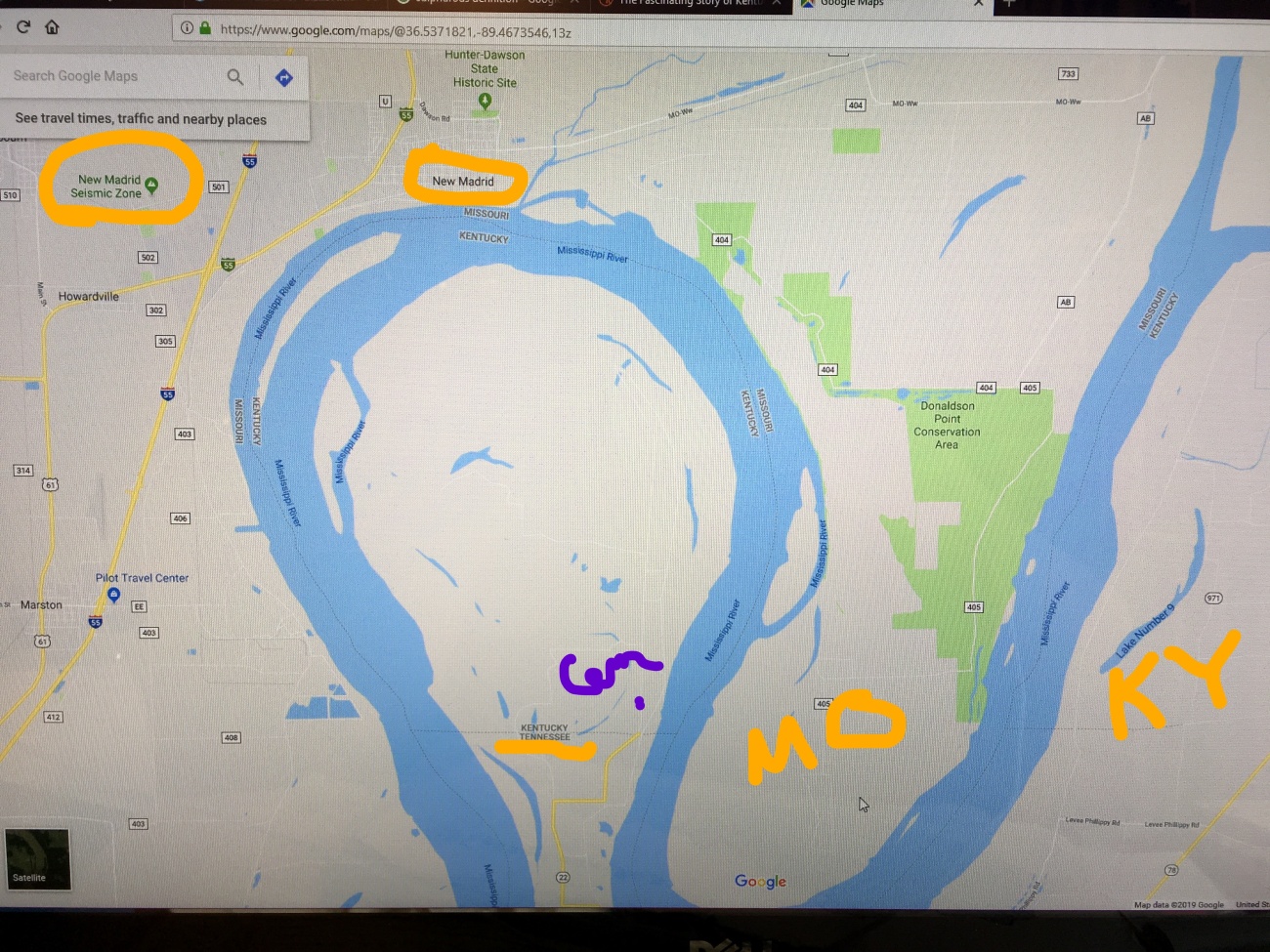 One of the most exciting parts of our trip to western Kentucky in March was visiting Madrid Bend Cemetery in the far part of Fulton County.  This area, also known as Madrid Bend or Kentucky Bend, is a little piece of Fulton County that is divided from the rest of the county and state by the Mississippi River and a portion of Missouri.  The earthquakes that struck this district 1811-1812, plus the yearly flooding of the river and erosion, has changed this area so very much.  The city of New Madrid, Missouri, is directly north of Kentucky Bend, across the Mississippi River.  I have learned that part of the original town of New Madrid is now in the river, half-way between the two states.  The purple dot on the above map shows where the cemetery is located – just over the border into Kentucky. 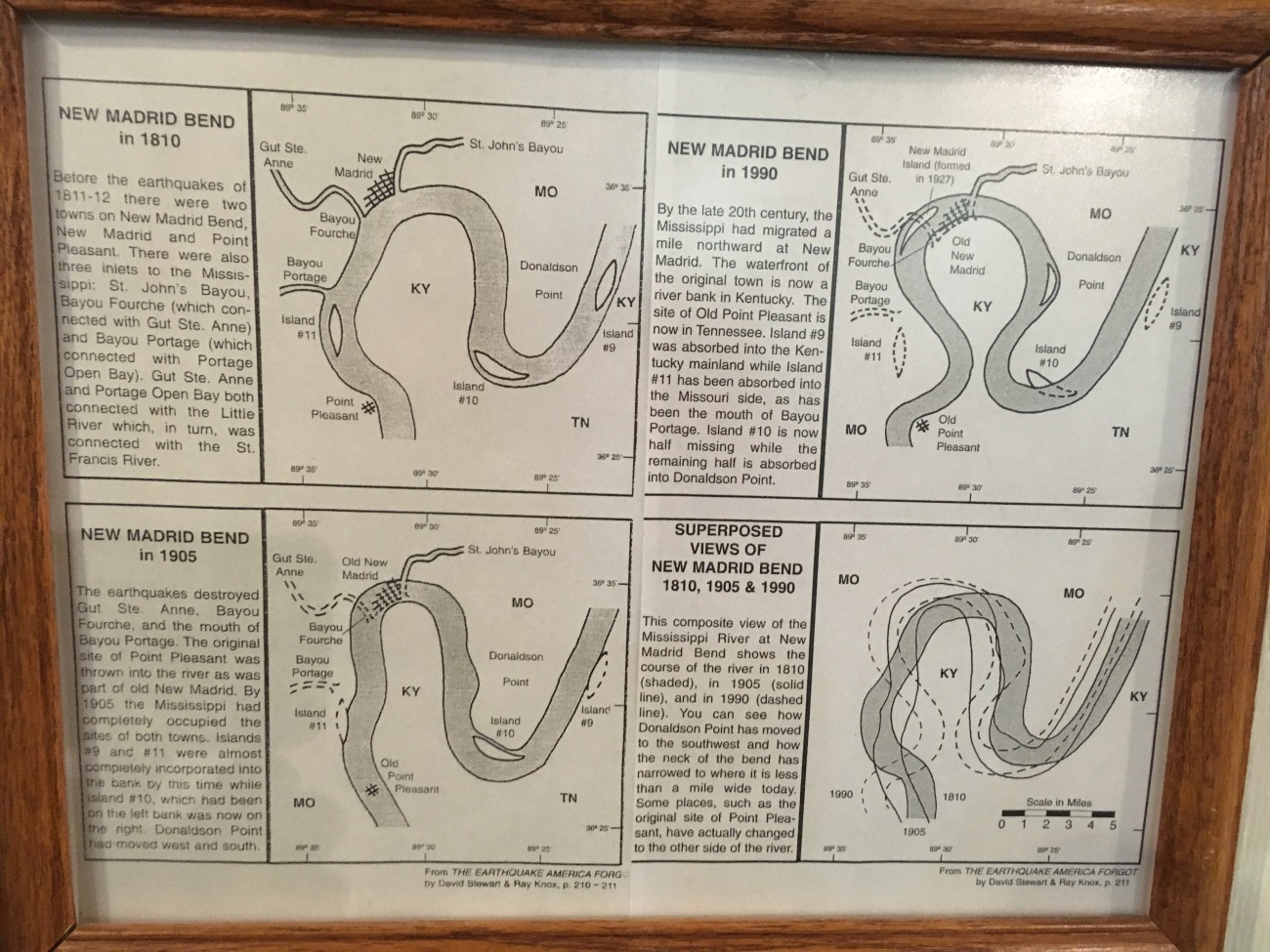 These maps, hanging in the New Madrid Museum, show the changes made by the earthquakes, erosion and flooding 1810-1990. 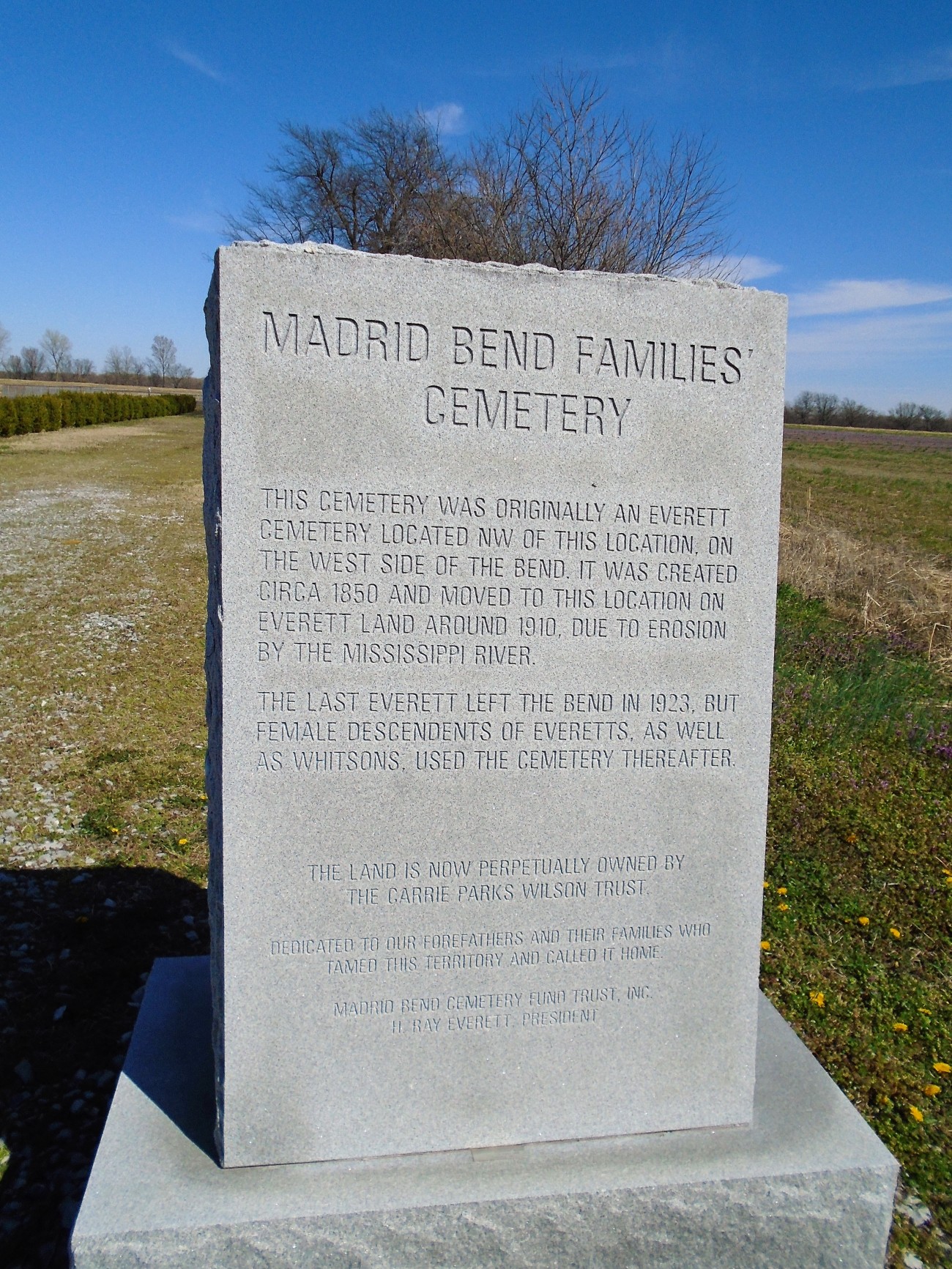 Madrid Bend Families Cemetery – This cemetery was originally an Everett Cemetery, located northwest of this location, on the west side of the bend.  It was created circa 1850 and moved to this location on Everett land around 1910, due to erosion by the Mississippi River.  The last Everett left the bend in 1923, but female descendants of Everett’s, as well as Whitson’s, used the cemetery thereafter.  The land is now perpetually owned by the Carrie Parks Wilson Trust.  Dedicated to our forefathers and their families who tamed this territory and called it home.  Madrid Bend Cemetery Fund Trust, Inc., H. Ray Everett, President. 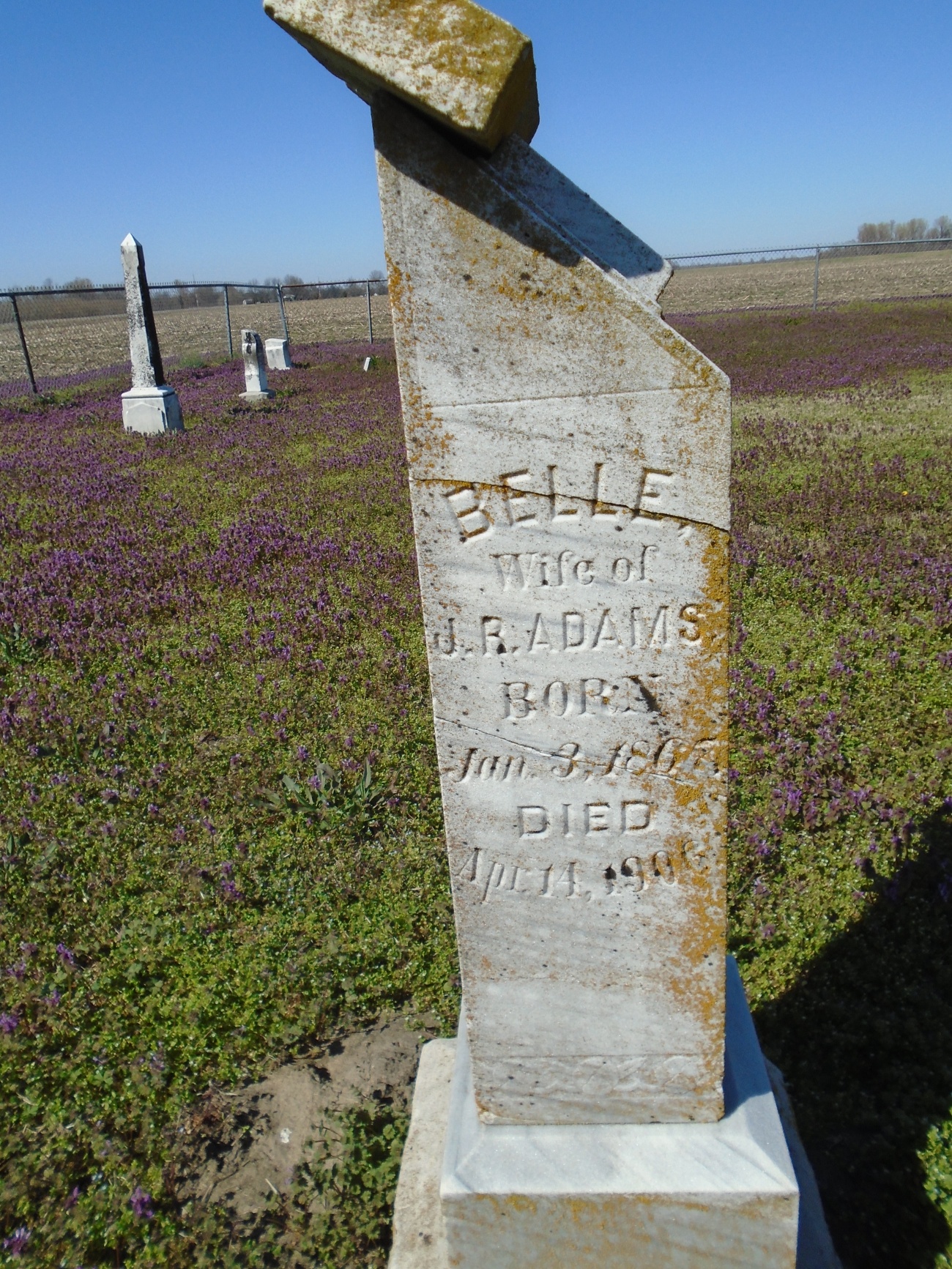 The front must be the information for J. R. Adams – unfortunately is extremely difficult to read. 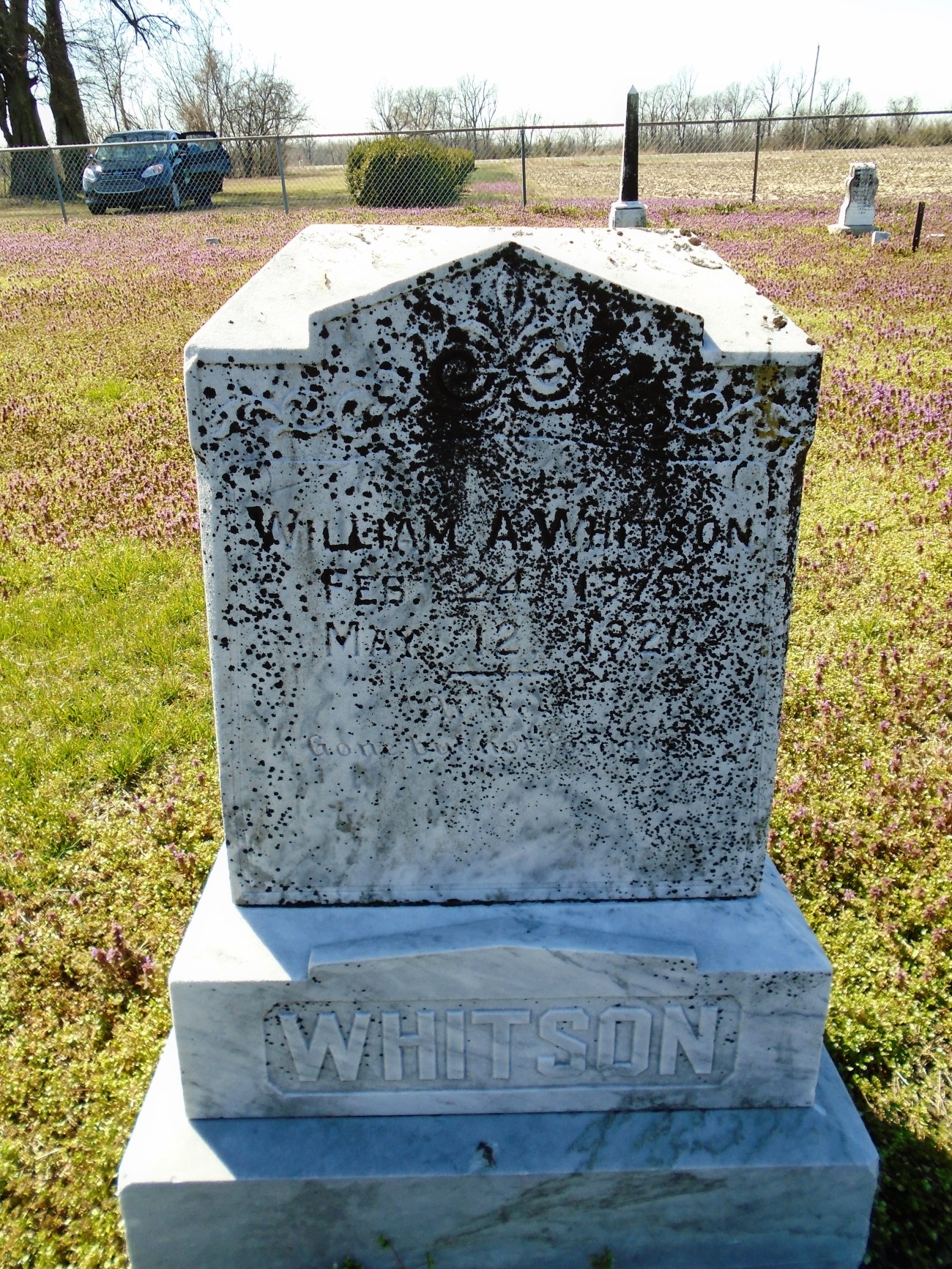 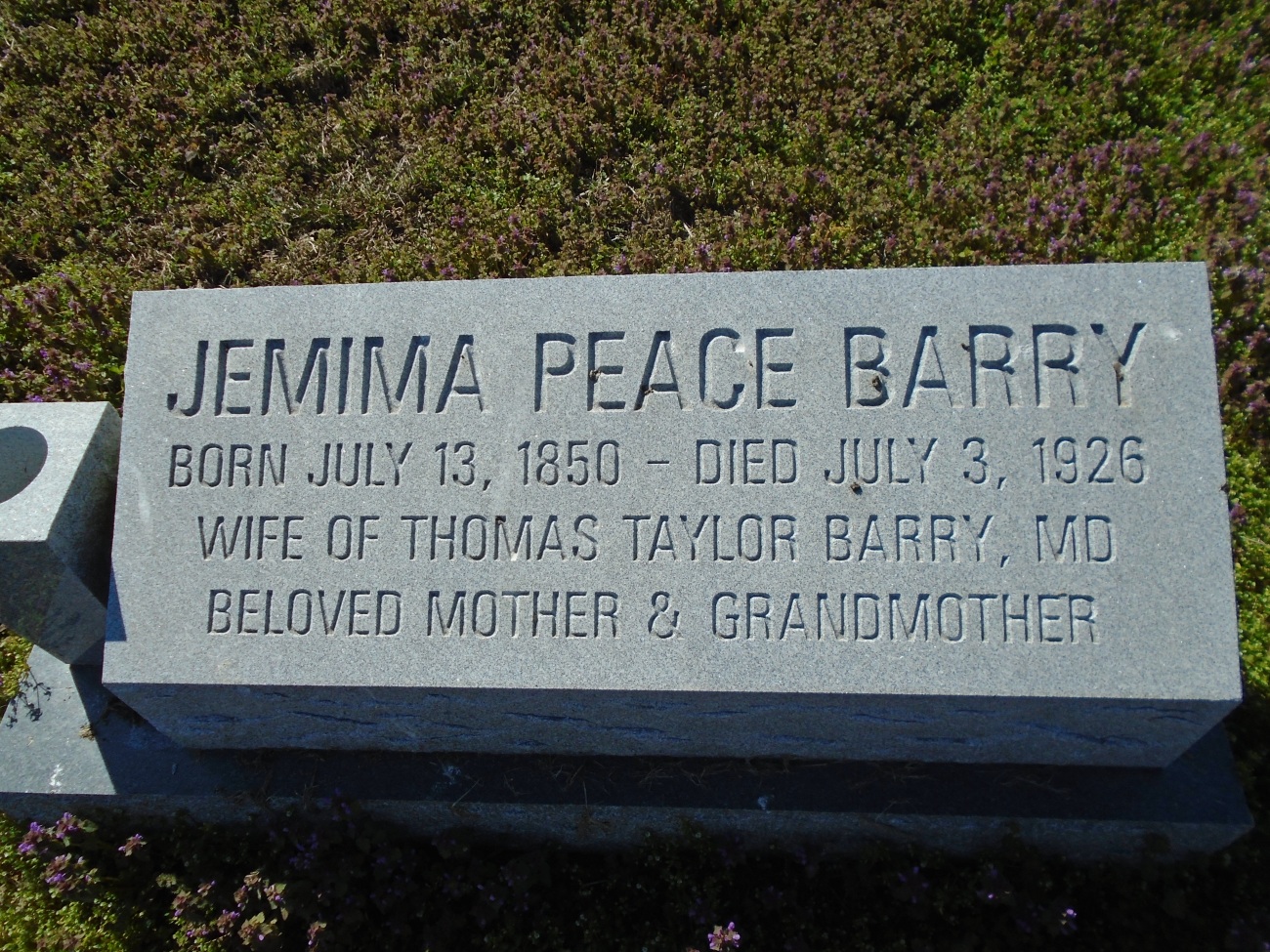 Greenberry Watson, died August 30, 1853, in the 64th year of his age.  Erected by his wife Margaret Watson.

Photo showing older stones with new stones as per below.

Erected by Lawrence Everett to the memory of his father, William Everett, born June 26, 1785, departed this life August 3, 1852. 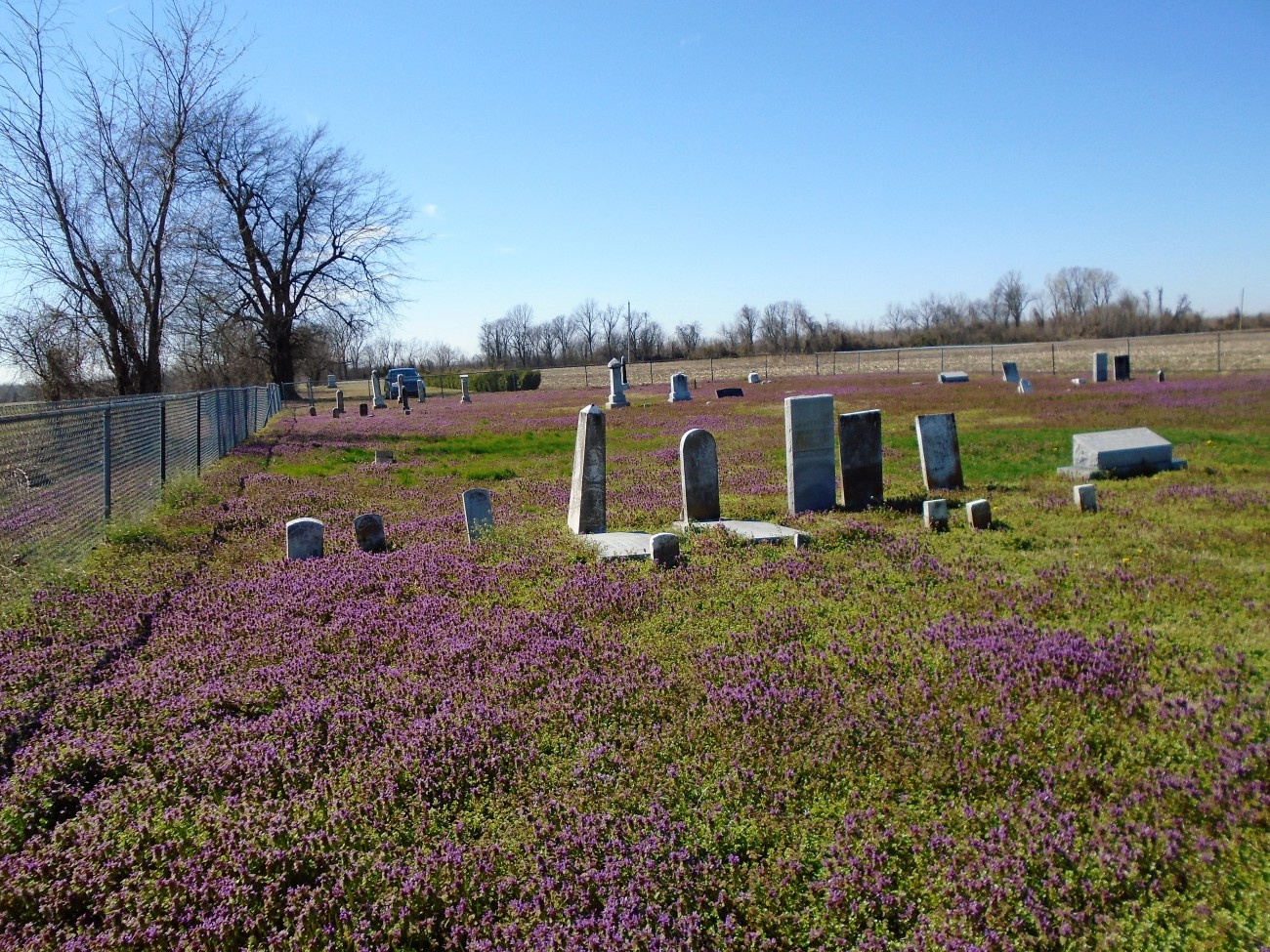