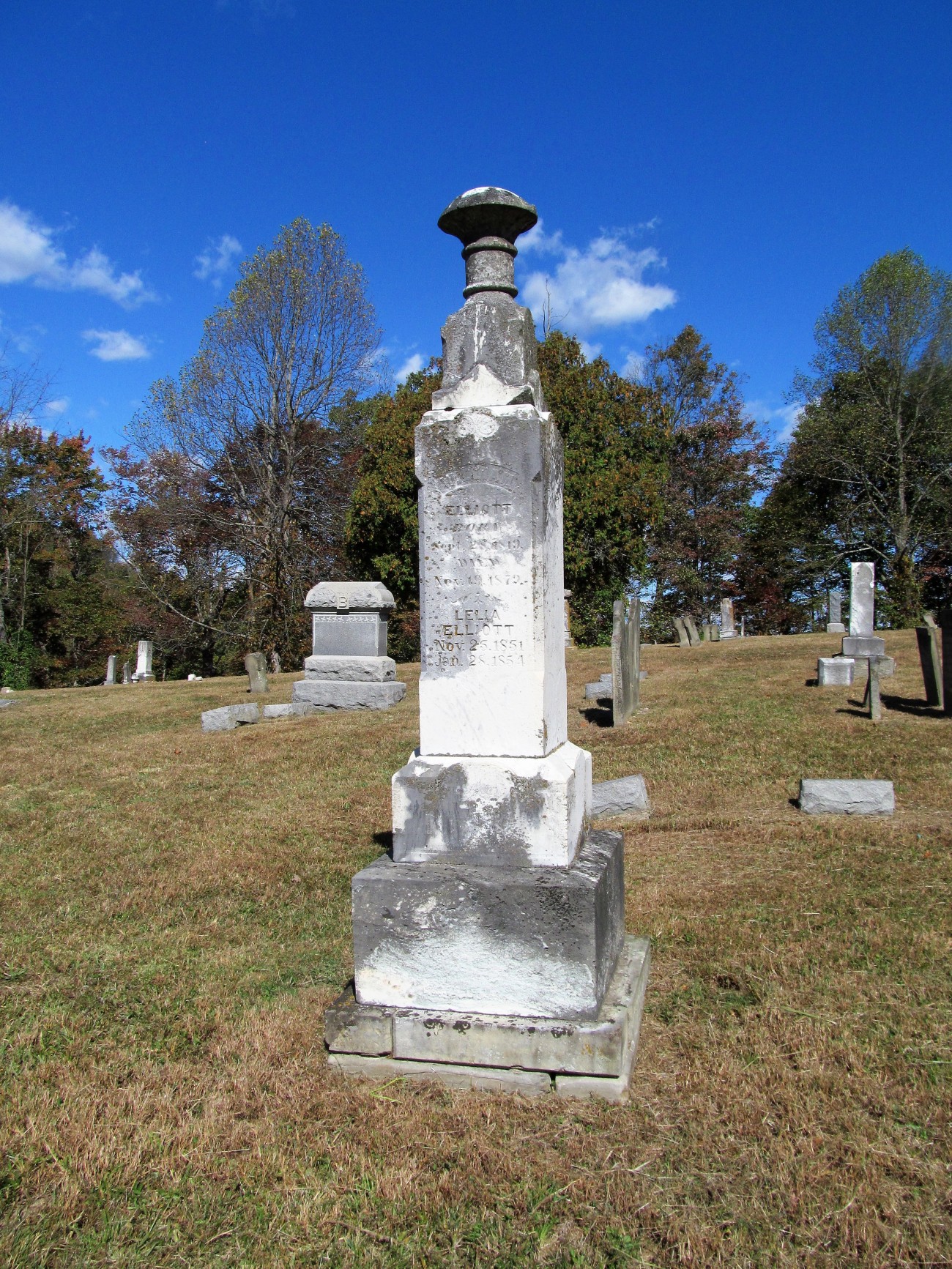 Our travels take us to Lewis County and the town of Vanceburg.  The city cemetery is up a rather steep, rutted drive, but what a beautiful sight when you reach the top.  Lovely views of the Ohio River are your reward.

One stone represents the Elliott family.  William Elliott was born in Ohio in 1819, the son of Benjamin Elliott and Isabella McCann, both originally from Pennsylvania.  William married Nancy Birney Bruce July 3, 1845, in Lewis County.  Nancy was the daughter of William Alexander Bruce and Amanda Melvina Bragg.

Nancy’s brother, John L. Bruce ‘paid the fee’ for their marriage, I suppose this means he was the bondsman.  ‘William Elliott is over the age of 21 years and a certificate from Alexander Bruce, the father of Nancy, given his consent was proved by the oath of John L. Bruce, a witness thereto.  On July 3,1845, ‘according to the rites and ceremonies of the Methodist Episcopal Church’ the couple was married by Jedidiah Foster.

William and Nancy had thirteen children, all but one living to adulthood.  In the death records for the county, daughter Lelia, aged 2 years, died January 28, 1854, of infected lungs.

The rest of the family consisted of Brunette, Isabella, Lucy A., Mary Washington, Octavia, Amanda, Alexander, Henry B., Thomas B., Edora, William and Kate.  What lovely names for their daughters!  Brunette, a very unusual name, was named for her mother’s sister.

William Elliott died November 19, 1879.  He is listed in the death records for that year and it mentions he lived in the county 34 years.

Son Thomas Bruce Elliott died in 1897.  Since his name is included on the stone he probably didn’t marry.

Brunette died in 1887 and William, Jr., in 1895, but the remainder of the children lived well into the 20th century.  I would love to know the number of descendants from this family!