By Kentucky Kindred Genealogical Research on October 31, 2019 • ( Leave a comment ) 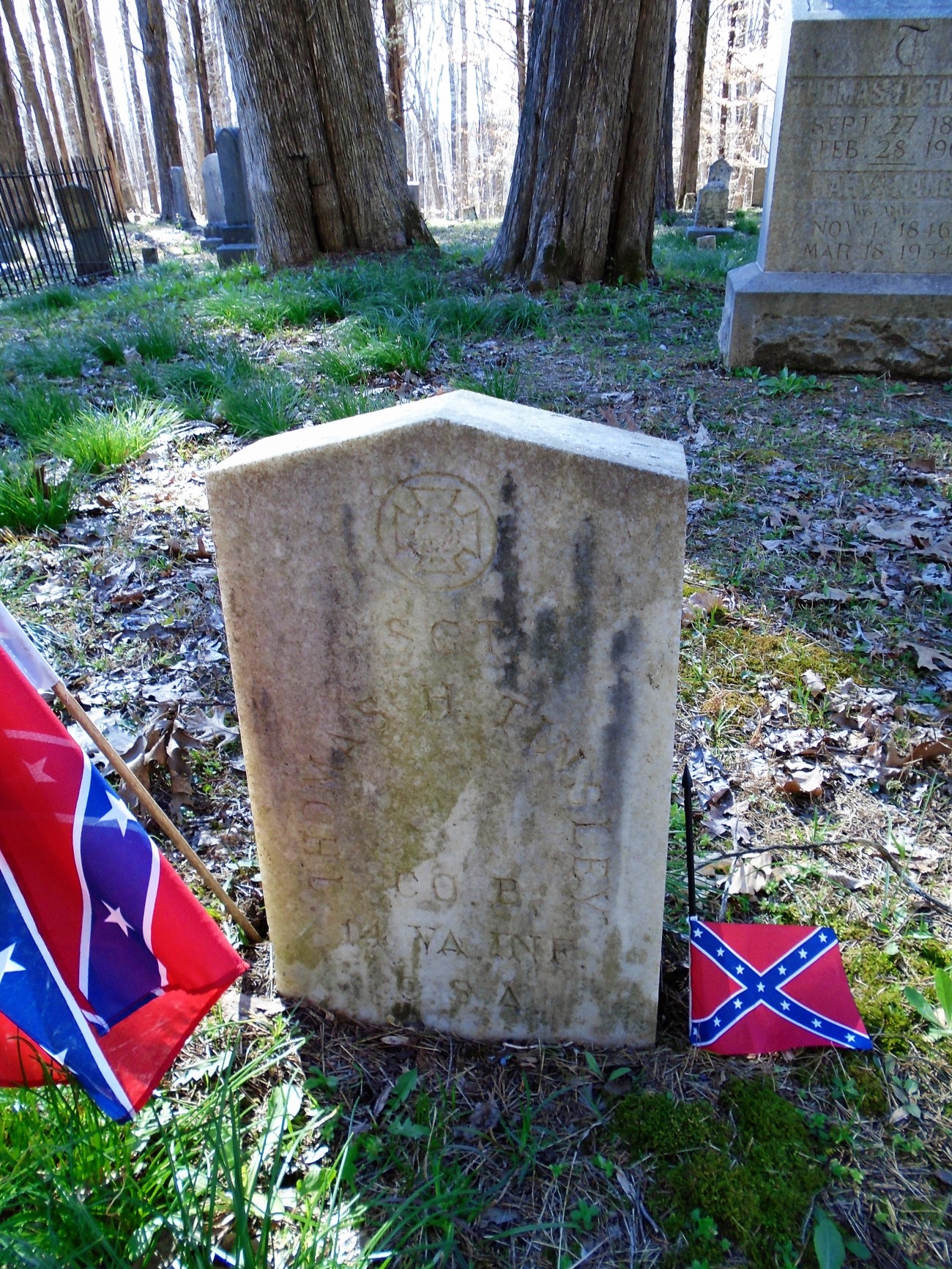 Everyone’s life was interrupted when the Civil War broke out one year later.  On April 24, 1861, Thomas H. Tinsley joined the Confederate army at Fancy Grove in Richmond, Virginia, Company B, 14 Regiment, Virginia Infantry.  His enlist period was for 12 months.  As with many others, this enlistment continued throughout most of the war.  Although he began his war service as a private, he was made 3rd Sergeant, March 1, 1863. 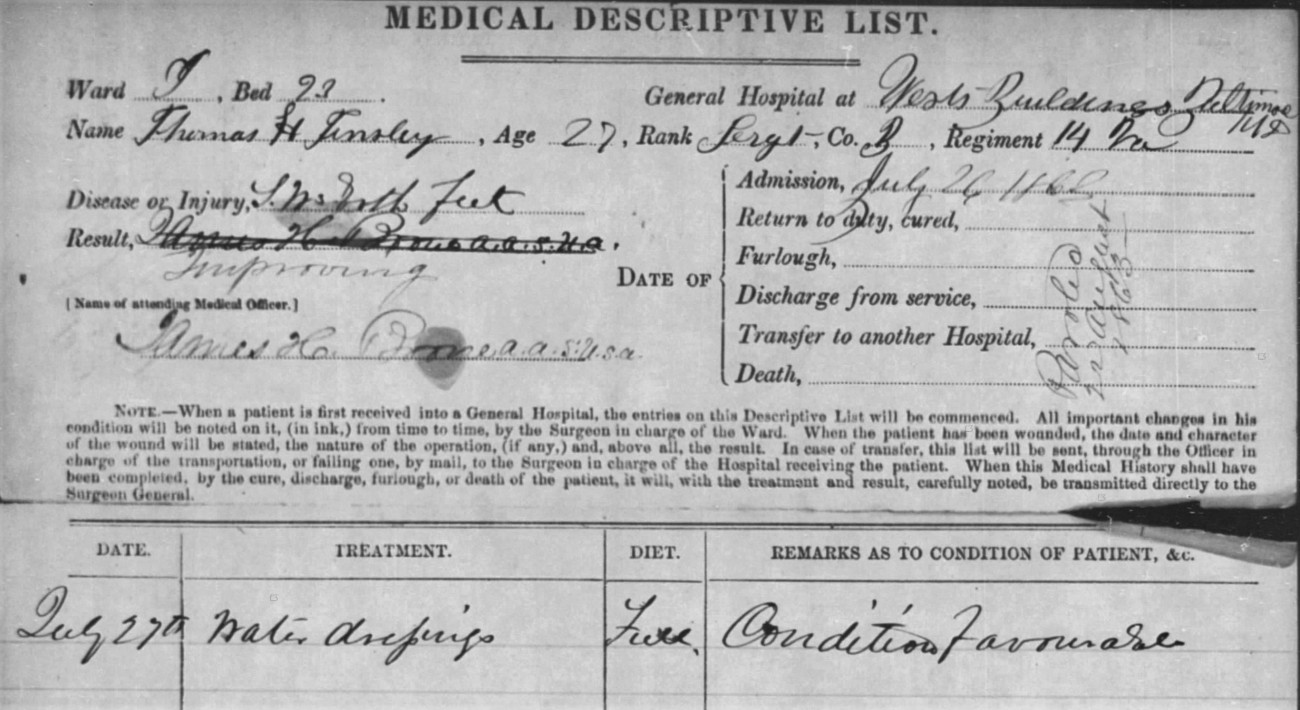 During his time as a prisoner he was treated for disease or injury to both feet, July 26, 1863.  It is difficult to read some of the handwriting.

He continued the fight after his recovery only to be wounded in his right eye, May 16, 1864.  He was treated at the General Hospital, Howard’s Grove, Richmond, Virginia, the next day.  At the end of that month he was furloughed for 60 days to recover from his wound.

After the war Thomas married Mary Tom Nance, December 21, 1865, in Bedford County, Virginia.  Their children were Betty, Beulah, Cal, Sally and Hallie.  The three oldest children were born in Virginia, but I think the two youngest were born in Kentucky, the family moving about 1870.  I could not find them in census records until 1900, just before Thomas died, the couple, aged 62 and 50.  Mary lived an additional 33 years.  She died at the age of 88 in 1934.