About twelve years ago Ritchey and I purchased The Book of McKee by Raymond W. McKee, published in Dublin, 1959.  There were only 500 copies printed and each is numbered.  I have number 319.  One of the chapters is titled McKees of Rushville, Illinois – which are Ritchey’s McKee family.  Ritchey’s oldest brother was so interested we purchased a copy for him.  Amazing that we found two of the 500 copies!  This book is a great font of knowledge of many of the McKee family members throughout the United States.  Today we will discuss the William McKee family that is buried in the A. R. Dyche Memorial Park in London, Laurel County, Kentucky.  Whenever Ritchey and I visit a cemetery we take photographs of gravestones that bear the names of our ancestors, hoping there may be a connection – sometimes there is, sometimes not.

James John McKee (1735-1808) was the son of Robert and Agnes McKee.  His wife was Nancy Esther Houston (1743-1807).  Both are buried in Oxford Presbyterian Cemetery in Collierstown, Rockbridge County.  There are no stones for the couple.

William Houston McKee married Anna Van Lear in Virginia about 1800-1810.  William waited until after the deaths of his parents to move to Laurel County, Kentucky.  He and his family are listed in the census records of that county beginning in 1830; their arrival must have been after 1820 – or perhaps they were missed during that census.  Living in the household in 1830 were two males aged 15-20, one male 50-60, one female 5-10, one 15-20 and one 40-50.  In 1840 there is one male under 5, one male 20-30, one male 60-70, one female under 5, one female 15-20, two females 20-30 and one female 50-60.  To my knowledge, from Ancestry, William and Anna had four children – John Van Lear born in 1810, Margaret Jane in 1813, Nancy in 1814 and Evalina in 1821.  However, the 1830 census shows two young males and 2 young females.  The couple could have had another son who died before the 1840 census, thus never reaching adulthood.  Margaret would have been about 17 in that year and was possibly married.  By 1840 son John was married to Louisa Pitman, and there were two children Robert and Amanda born to the couple.  I feel certain they were living with William and Anna, along with younger daughters Nancy and Evalina.

Anna Van Lear McKee died August 18, 1843.  She was buried in the family cemetery on their farm.

Granddaughter Martha McKee died in 1851.  She celebrated her first birthday the month before. 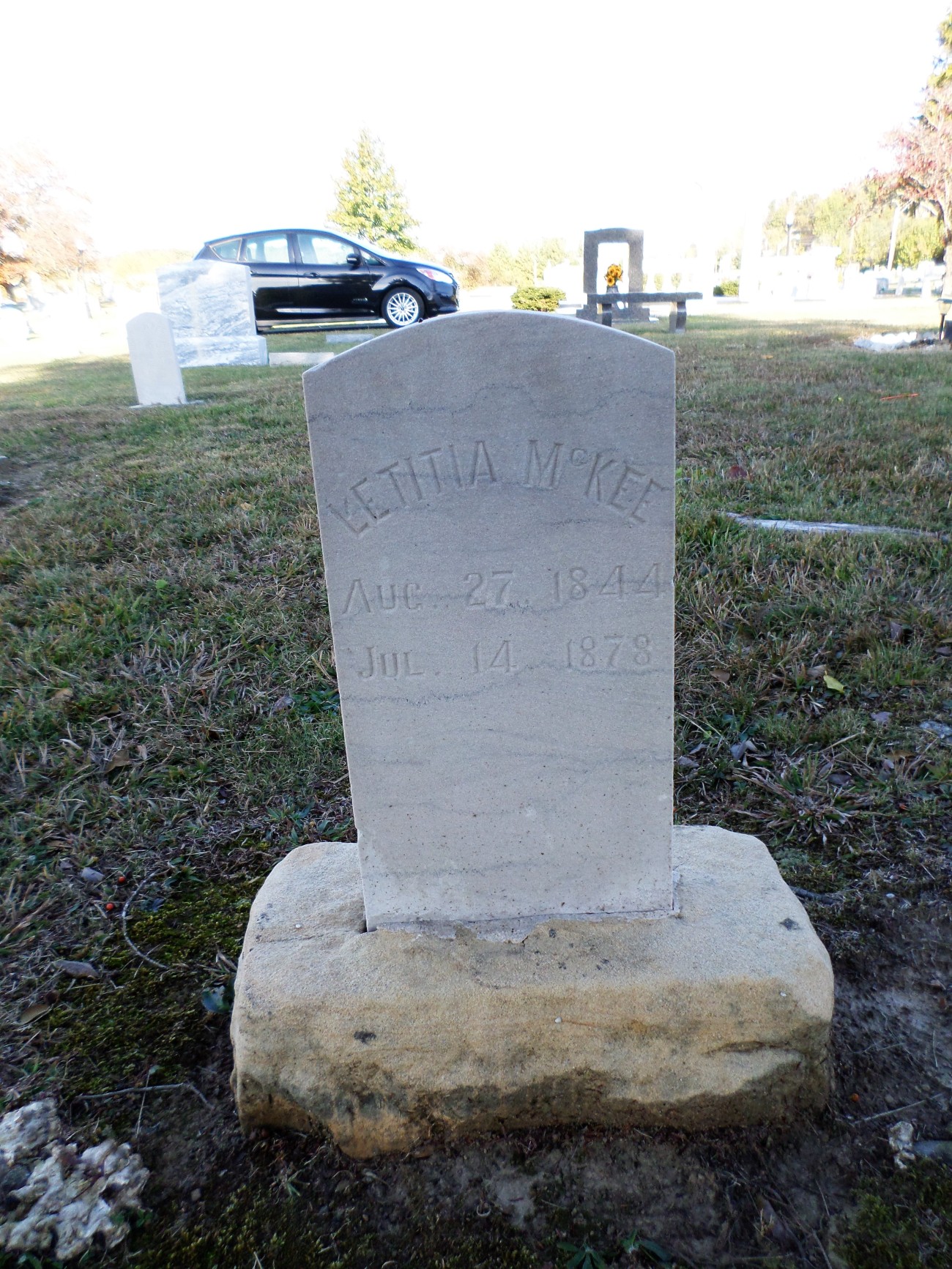 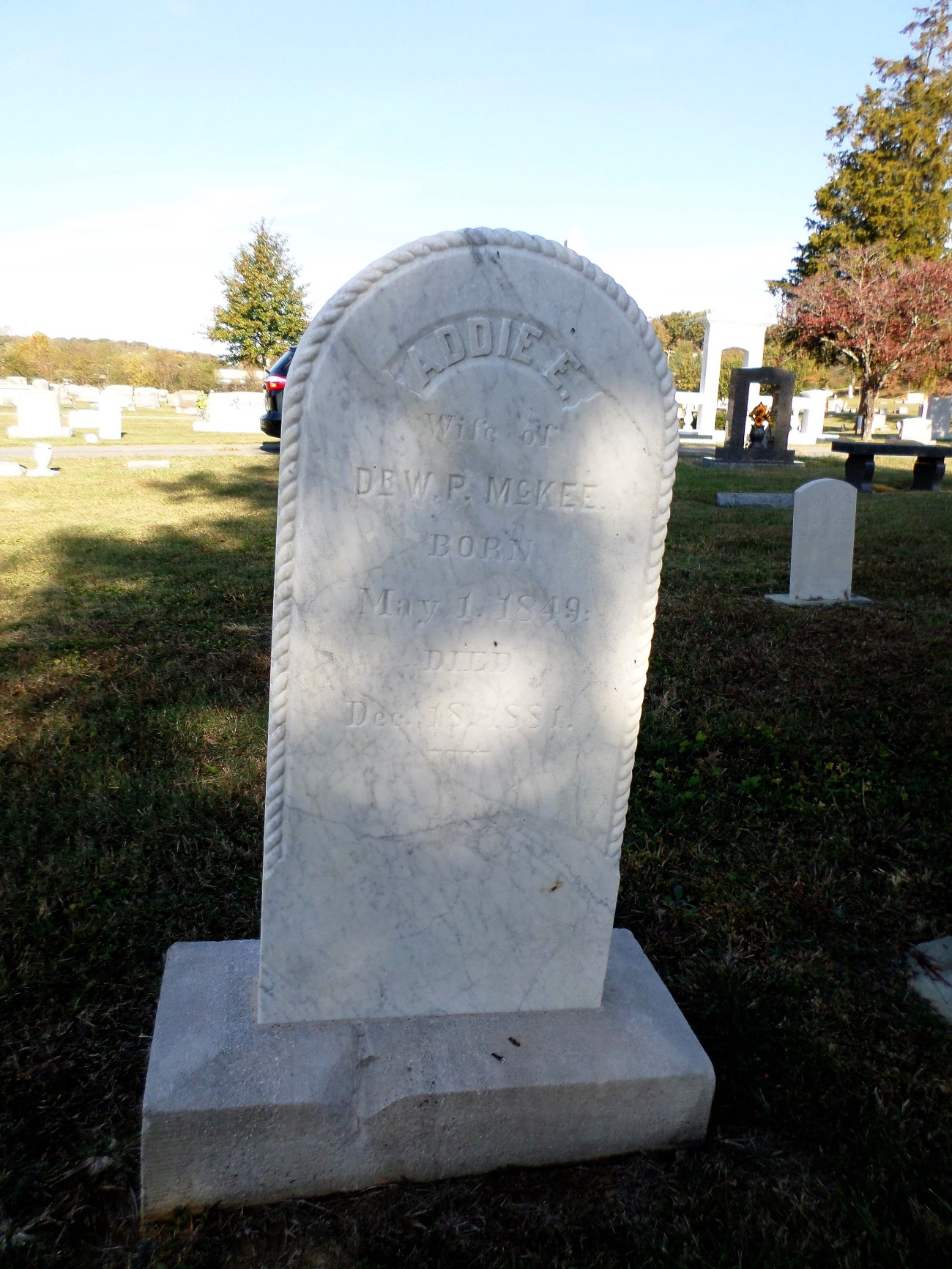 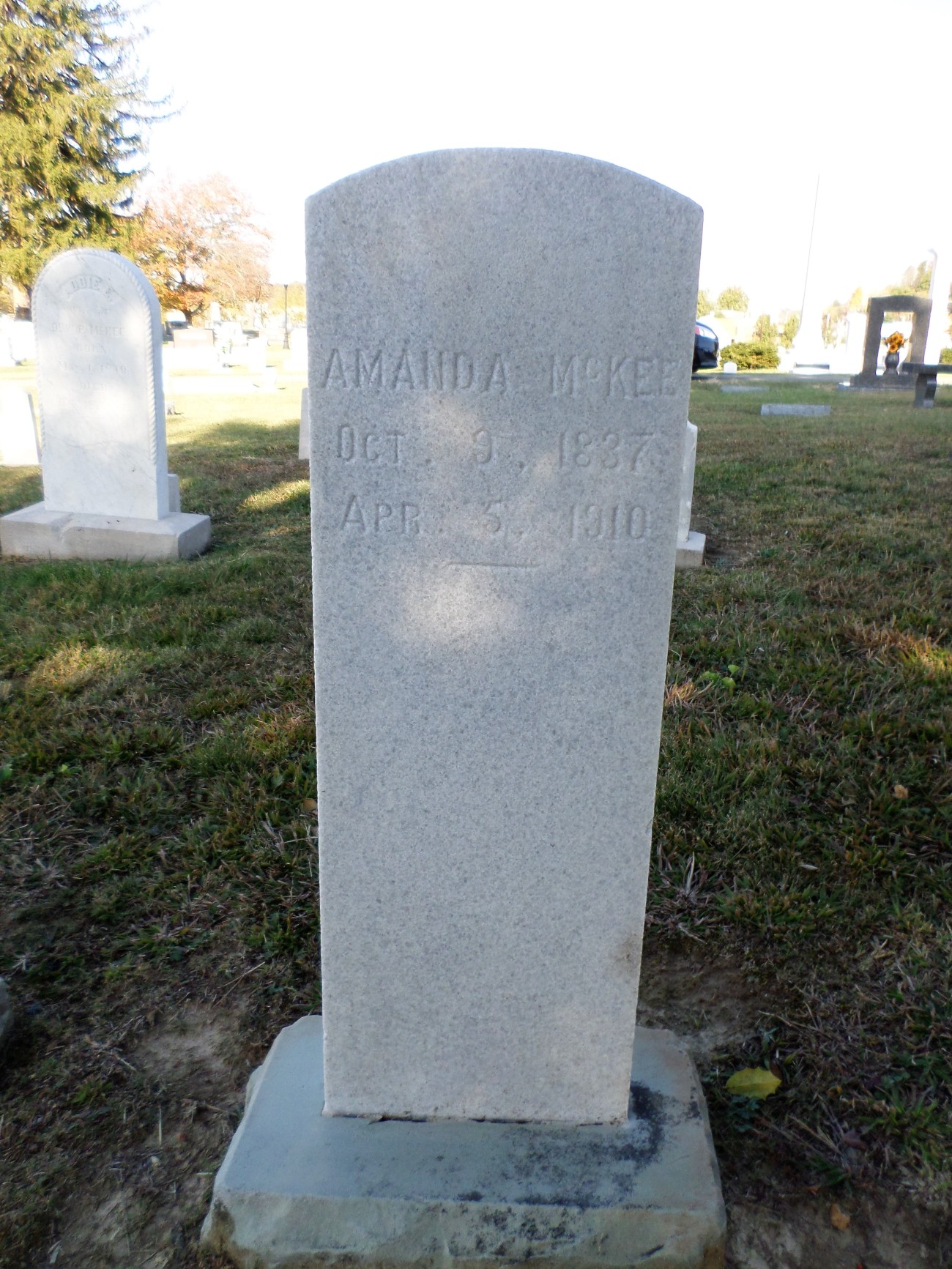 Daughter Evalina H. McKee married George Pope Brown, and lived to the age of 84, dying in 1905.  She was the last of the family to pass away.

William Houston McKee and Anna Van Lear McKee were buried on their farm in the family graveyard.  The land was eventually sold and became the A. R. Dyche Memorial Cemetery.  Most of the older gravestones have been replaced – only the one for Anna McKee looks to be original.