By Kentucky Kindred Genealogical Research on September 4, 2012 • ( Leave a comment ) 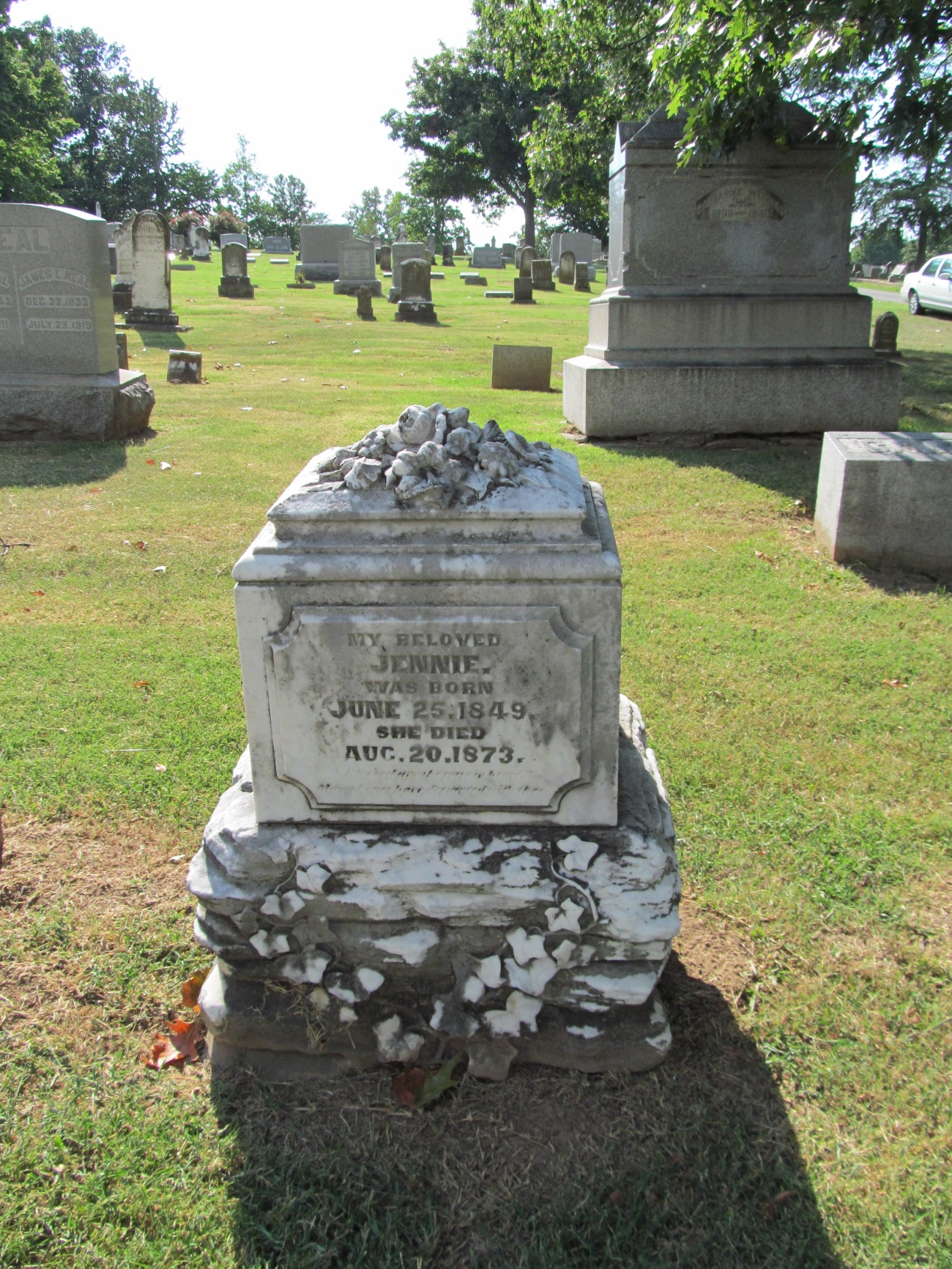 This beautiful and wistful stone is in Spring Hill Cemetery in Harrodsburg, Mercer County, Kentucky.  I was drawn to it not only for the intricacy of flowers on top of the stone, and the leaves at the bottom, but for the fact that no last name is listed.  The inscription on the stone reads:

Since Jennie is surrounded by members of the Magoffin family I suspected that was her last name.  With a little research at our public library I found I was correct.  Jane “Jennie” Magoffin was the daughter of Beriah Magoffin, Jr., ( governor of Kentucky during the Civil War) and his wife, Ann N. Shelby (daughter of the first governor of Kentucky, Isaac Shelby).  Jennie Magoffin was named for her grandmother, Jane McAfee, wife of Beriah Magoffin, Sr., and her great-great-grandmother, Jane McMichael McAfee, who was among the first to cross the Cumberlands into Kentucky in 1779.  She came with her five sons – Samuel, James, George, Robert and William.  There were many dangers and hardships during those early years, the settlers living at McAfee Station.

Jane “Jennie” Magoffin and William Hutchinson procured a marriage bond on May 16, 1870.  Such a short time together!  I have no obituary or record of her death – it could have been from childbirth – or possibly consumption.  Perhaps we will never know.  But just a little research did give more clues to the elusive “My Beloved Jennie”. 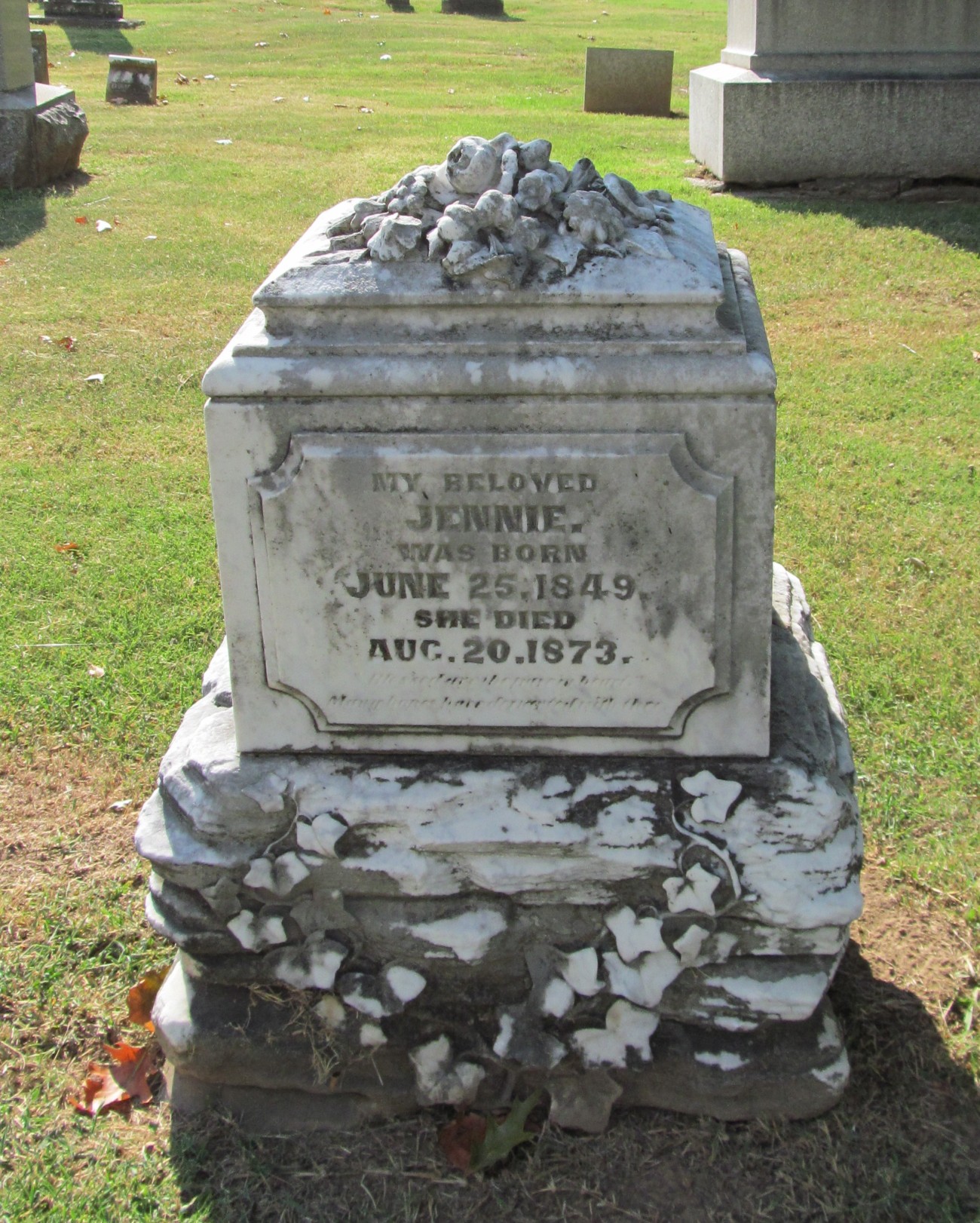