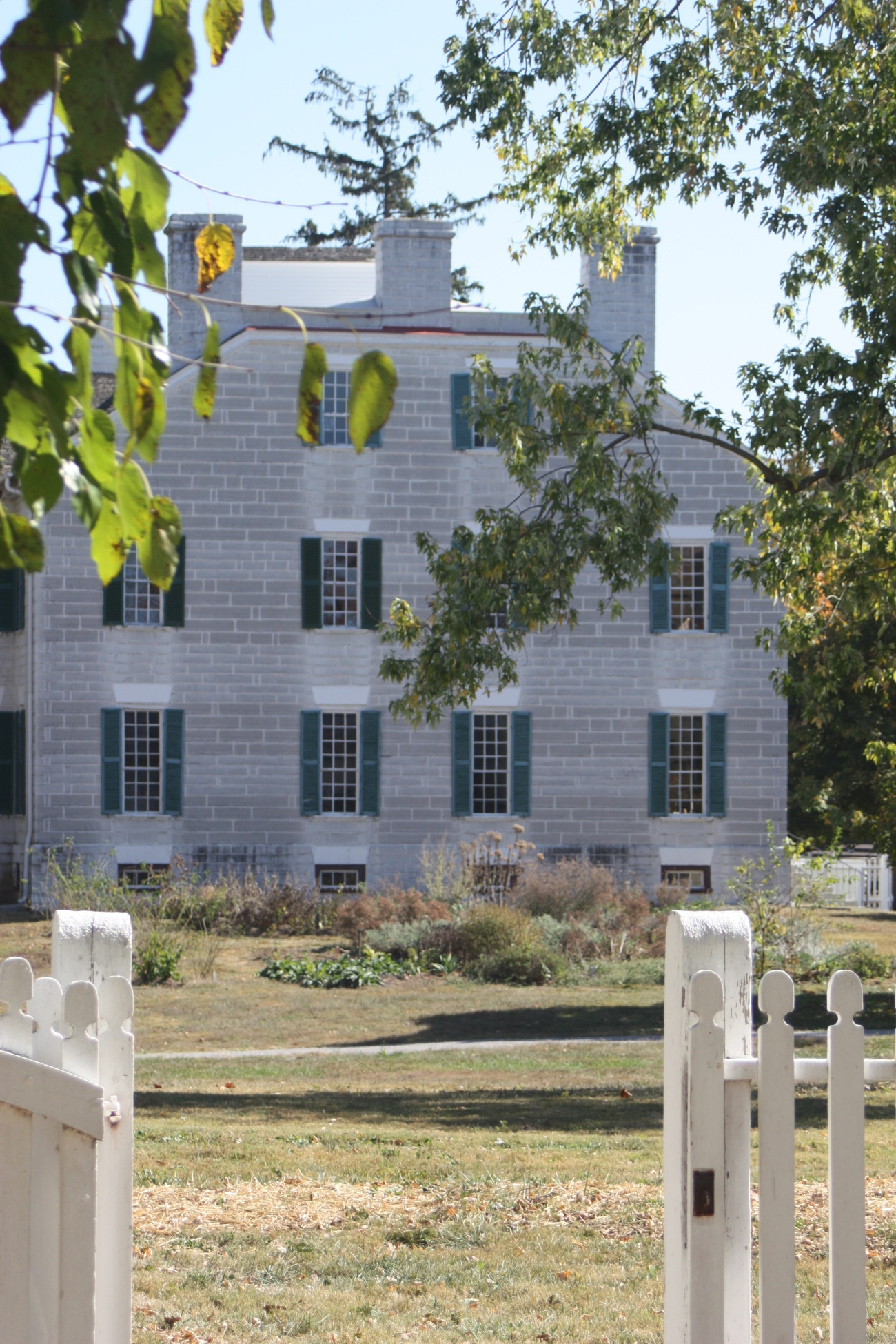 Shaker Village in Mercer County, Kentucky, is one of the loveliest and most peaceful places on earth.  The village has been restored to the days when the religious Shakers worshiped on and farmed the surrounding hillsides.  It is a most pleasant place for a walk or hike, a good meal or a historical tour.  Ritchey and I visit often – we live 6 miles away!

The following notes are from the Shaker journals, not on individuals who were members of the Shaker community, but those who lived nearby

August 12, 1849 – Sabbath – William Smart died yesterday near Danville and buried today, near the old house where he was born, his relations refusing his interment in his grandfather’s graveyard.

August 22, 1849 – Thomas Champion, who built our post office, died this evening of choler.

August 9, 1849 – Wednesday – Mercer Daniel, one of our neighbors three miles north in the Bend, died supposedly of cholera.  He went to Harrodsburg on Monday to the election, came home sick and kept his bed till 1 p.m., time of death.

February 20, 1852 – Friday – (Member of Society) Samuel Harris departed this life, it may be said with old age.  He would have been 89 years of age next November.  Samuel was one of the first founders of this society.  He joined in 1806.  He had a family of 8 children.  they all came with him except the second son.  He has four daughters and their mother living here at this time.  He had three sons to leave the society many years ago.  He is the last revolutionary soldier that I know of in these parts.

March 17, 1853 – Thursday – Patsy Curd, a neighbor who resided at their grist mill and boarded hired hands for us, departed this life after an illness of about 12 hours, supposed to be appoplexy.

August 17, 1855 – Emily Gordon departed this life last night having three tumors in the abdomen, so said by the doctors.  She was a single woman about 38 years of age, the daughter of Archibald and Betsy Gordon, living about three miles northeast of this place.

August 18, 1855 – Last night Richard Walters departed this life of cholera.  He lived in Jessamine County, about five miles from this place, aged 76 years and some months.  This Society has had a good deal of dealings with him and he has always been on good terms with us.

May 6, 1855 – Sabbath – John A. Grimes departed this life, a neighbor of ours living on the turnpike road leading to Harrodsburg, where Governor Gabriel Slaughter formerly lived, four miles distant.  He has lived there 18 years and is about 75 years of age.

February 8, 1856 – Major George Thompson departed this life this morning at 3 o’clock of pneumonia, having been confined to his room and bed for several weeks, age about 75.  He was born rich and died rich as it respects things of this world.  He has been living in same place for perhaps 65 years, or more, our neighbor ever since we first settled.  He died at his residence 4 miles southwest of Pleasant Hill and was buried in his father’s graveyard near his residence.

February 11, 1856 – John Bradley’s wife departed this life.  He is an Irishman living one and a half miles from this place, north east direction.

May 22, 1854 – Monday – James Calaway, a man of the world, died here at ten minutes after one o’clock this morning.  He had been afflicted with bowel consumption for two or three years and had come here thinking that the use of our garden vegetables, strawberries, etc., might prove beneficial to him.

December 29, 1854 – Today the sale of William Hughes Taylor took place.  The plantation has a southwest direction from here and borders on our land.  The old man william has been dead 28 or 30 years and the old woman Susannah, some two or three years.  The heirs brought on the sale of the land and blacks.

July 30, 1855 – Monday – Today John Coly departed this life with cholera.  He formerly belonged to this society, but left and went to Jessamine County, where he married a widow.  He was 42 years of age the 25th of May.  He came from south Carolina and joined the society May 16, 1838, and left here perhaps February 1851.

January 20, 1857 – Wednesday – Today John Handy’s funeral, a neighbor man of the world, was attended in his own house by a large assembly.  Three of our brethern attended by request of his family – E. George Runnion, Thomas Shain and E. B. Dunlavy. 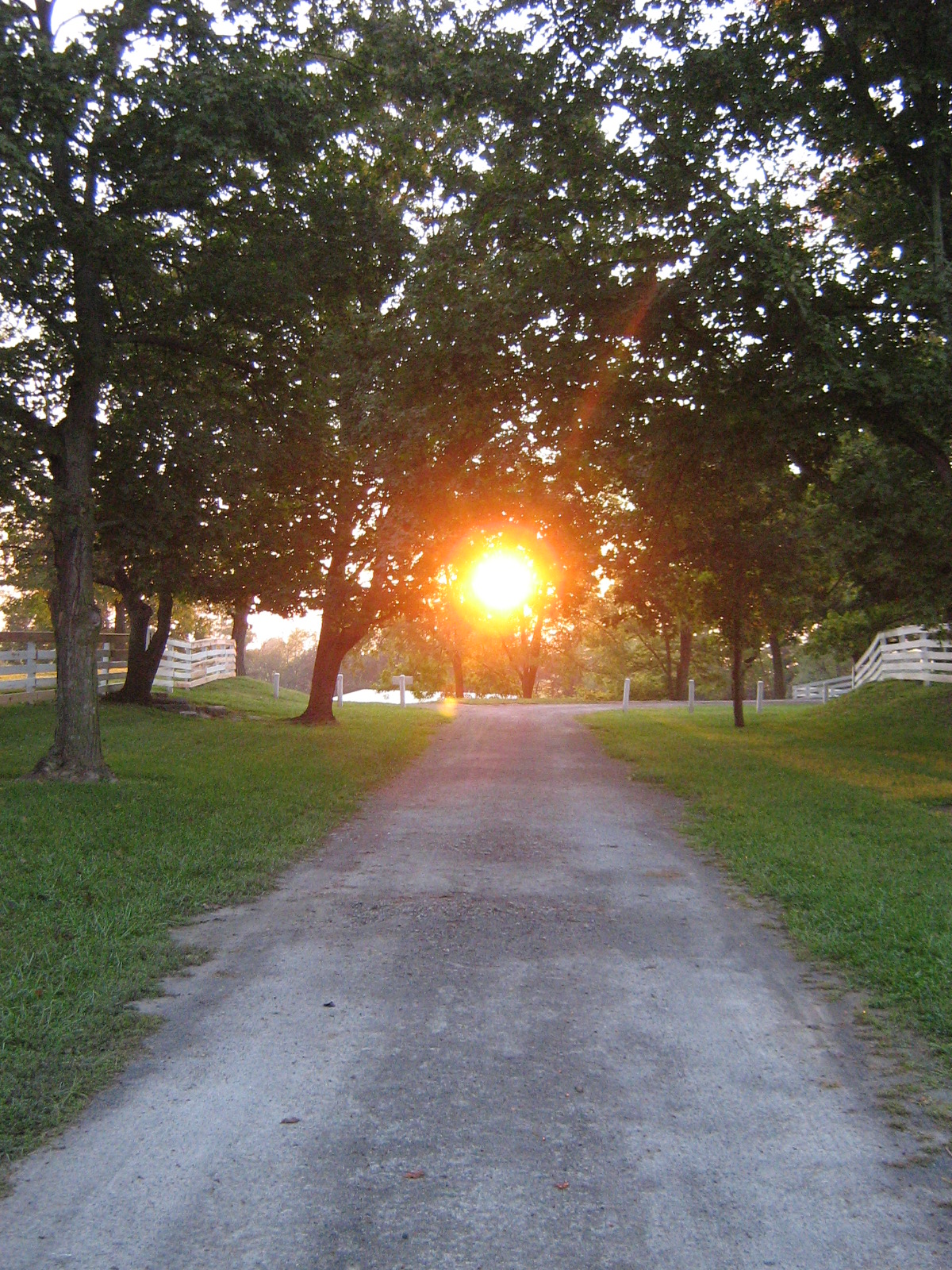