This is a check from my great-grandfather’s account at Peoples Deposit Bank in Springfield, Washington County, Kentucky, dated July 24, 1899.  It is made out to Cunningham and Duncan in the amount of $1.82 for merchandise.  Now what could great-grandmother Frances have purchased?

From the July 28, 1898, issue of the News-Leader Cunningham and Duncan claim to have the largest stock of dry goods, clothing, etc., and selling at lower prices than any house in town!  And they give inducements to cash buyers – rather those who charge!  No credit cards then, just a charge account at the store. 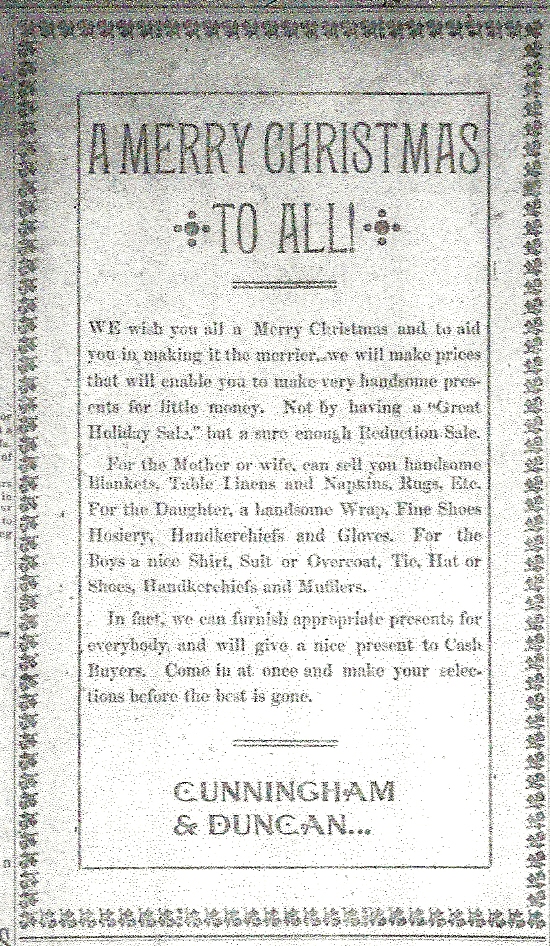 And their Christmas sale ad from December 22, 1898, will ‘enable you to make very handsome presents for little money!’  They have something for everyone.  ‘For the mother or wife, can sell you handsome blankets, table linens and napkins, rugs, etc.  For the daughter, a handsome wrap, fine shoes, hosiery, handkerchiefs and gloves.  For the boys a nice shirt, suit or overcoat, tie, hat or shoes, handkerchiefs and mufflers.’ 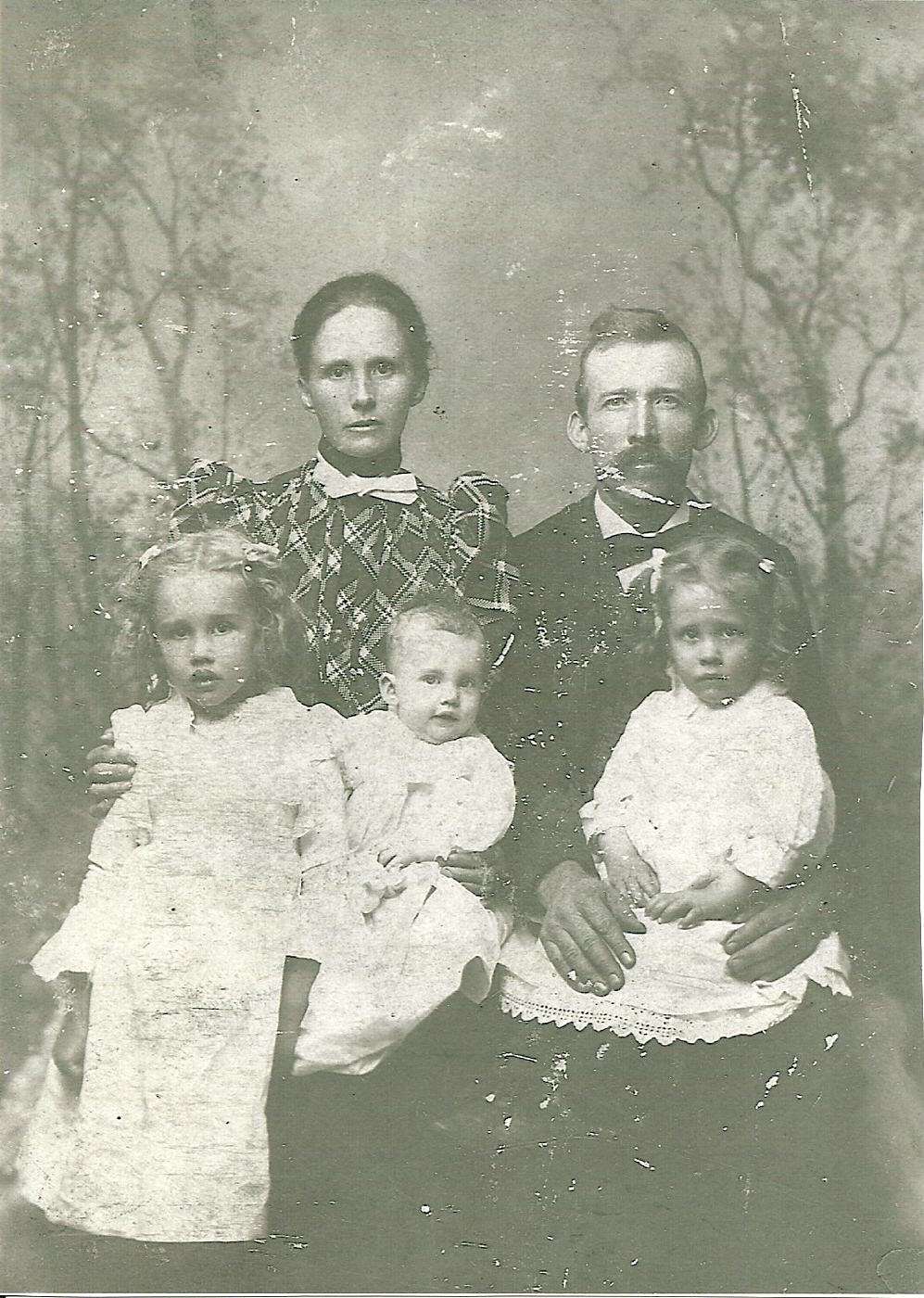 This photo of Robert E. Lee Montgomery and wife, Frances Barber Linton, was taken about 1899.  My grandmother, Alice, the oldest daughter would have been six, Margaret, sitting in her father’s lap, would have been four, and baby Laura, in her mother’s lap, was about two.  Another daughter, Lillian Catherine, was born in March of 1900.  Robert was the son of William Peter Montgomery and Martha Ann Carrico, born at the end of the Civil War in 1865.  Frances was the daughter of Edward Edwards Linton and Catherine Elizabeth Taylor, born in 1867.