This is the family plot of the Wintersmith family in Elizabethtown City Cemetery in Hardin County, Kentucky.  Many of the stones are difficult to read, but I checked dates from the cemetery on Find a Grave – very helpful in situations like this!

I’ve added a portion of the story of Horatio Gates Wintersmith, his three wives and children from the following history by Samuel Haycraft. 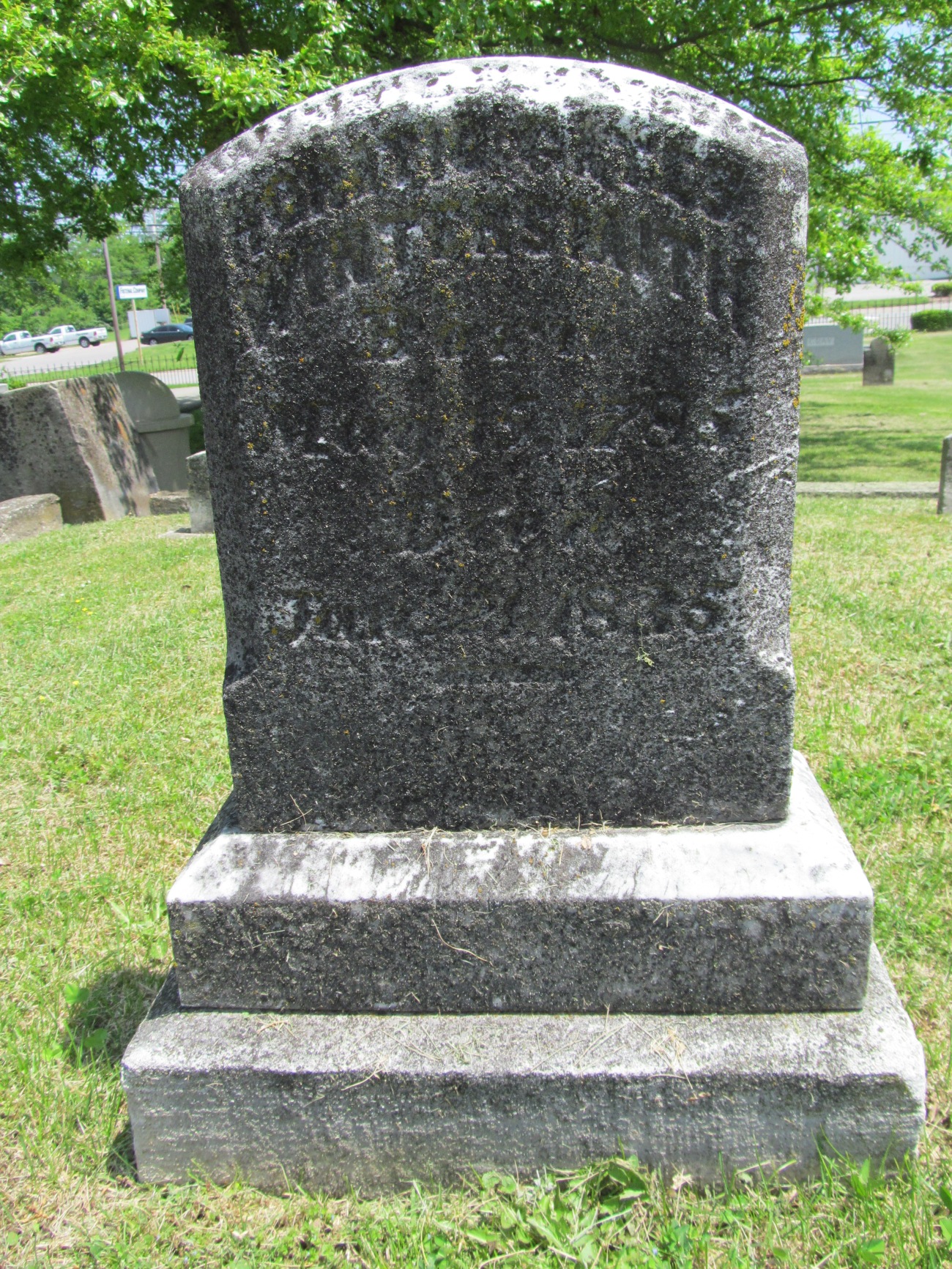 Horatio Gates Wintersmith was born at Martinsburg, Virginia, in the year 1786, and was the son of Doctor Charles Godfrey Ulias Wintersmith, who was a surgeon for the British army and was taken prisoner by General Gates at the defeat of General Burgoyne.  As he was a German and spoke the Hessian language he was put with that corps as a surgeon.

After his capture he joined the American army, and became a part of General Gate’s family, and went with him to Philadelphia, where he met and married a widow by the name of Spangler, whose maiden name was Lighter, being the maiden name of his own mother.  After which the Doctor settled in Martinsburg, where the subject of this notice was born, and having become much attached to General Gates, his captor, called his son Horatio Gates, which name continued to be used in the family.

Major James Crutcher, who was in Kentucky at an early date, met Horatio Gates Wintersmith at Martinsburg while on a trip to Baltimore to purchase stock goods, and encouraged him to come to Kentucky, which Horatio did in 1806.  He entered as a clerk in Major Crutcher’s store, and shortly after was taken in as a partner. 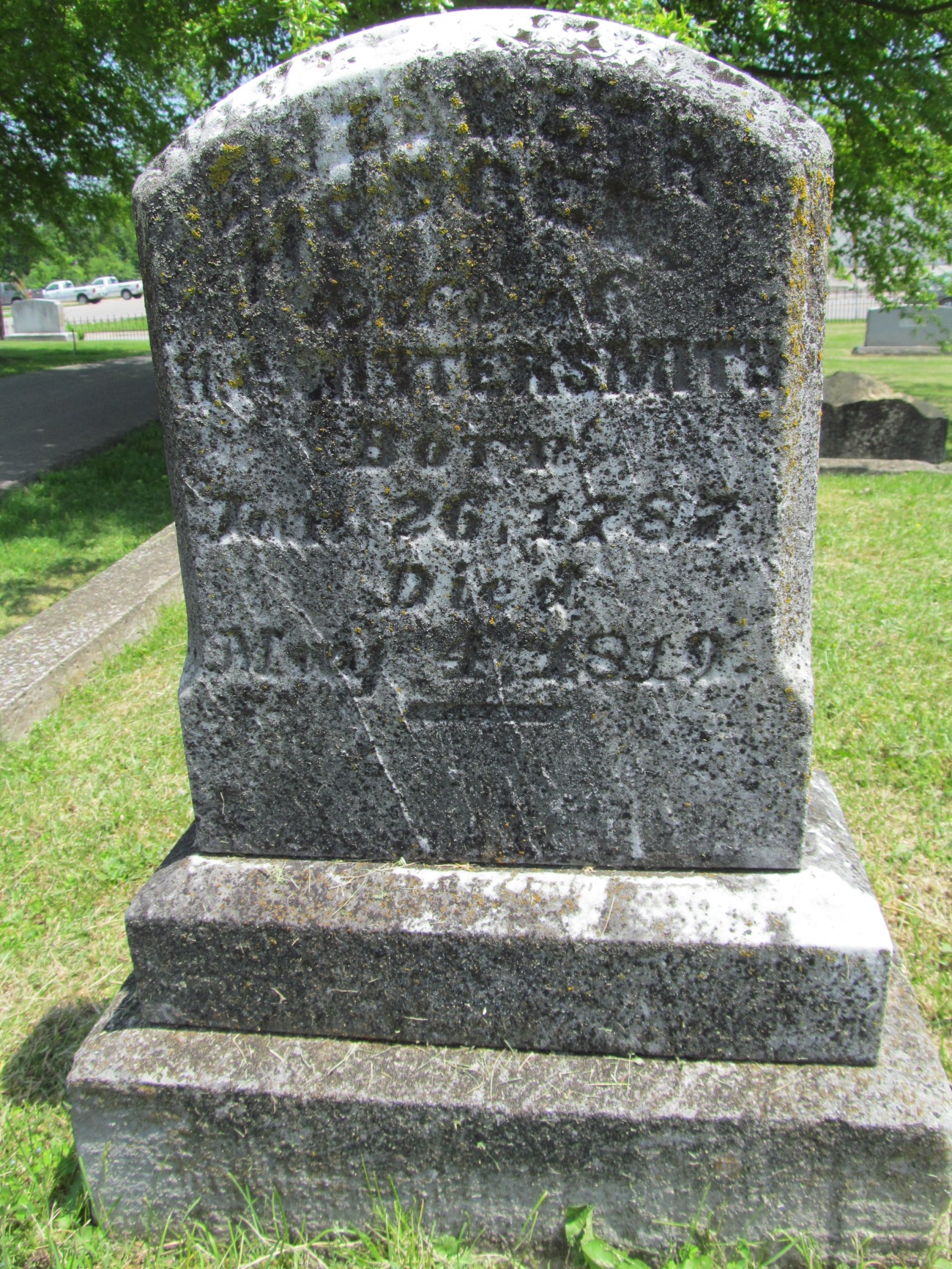 The partnership continued some years when Wintersmith separated from the original firm, and brought in many of his relations into business, having married Miss Elizabeth Hodgen, daughter of Robert Hodgen, Esq.

Wintersmith was an energetic business man and of great public spirit, and built largely, and also opened a hotel on an extensive and elegant scale.  He was emphatically the life and soul of the town, and was widely known and respected.  He was also the cashier of the Union Bank of Elizabethtown which was the only bank of that batch of forty odd independent banks that wound up safe and sound.  but in the full tide of life and at the zenith of his prosperity he died January 21st, 1835, in the 49th year of his age.  He was married three times, his second wife was Miss Matilda Morehead, the third, Miss Jane C. Stovall.

Children from the first marriage with Elizabeth Hodgen: 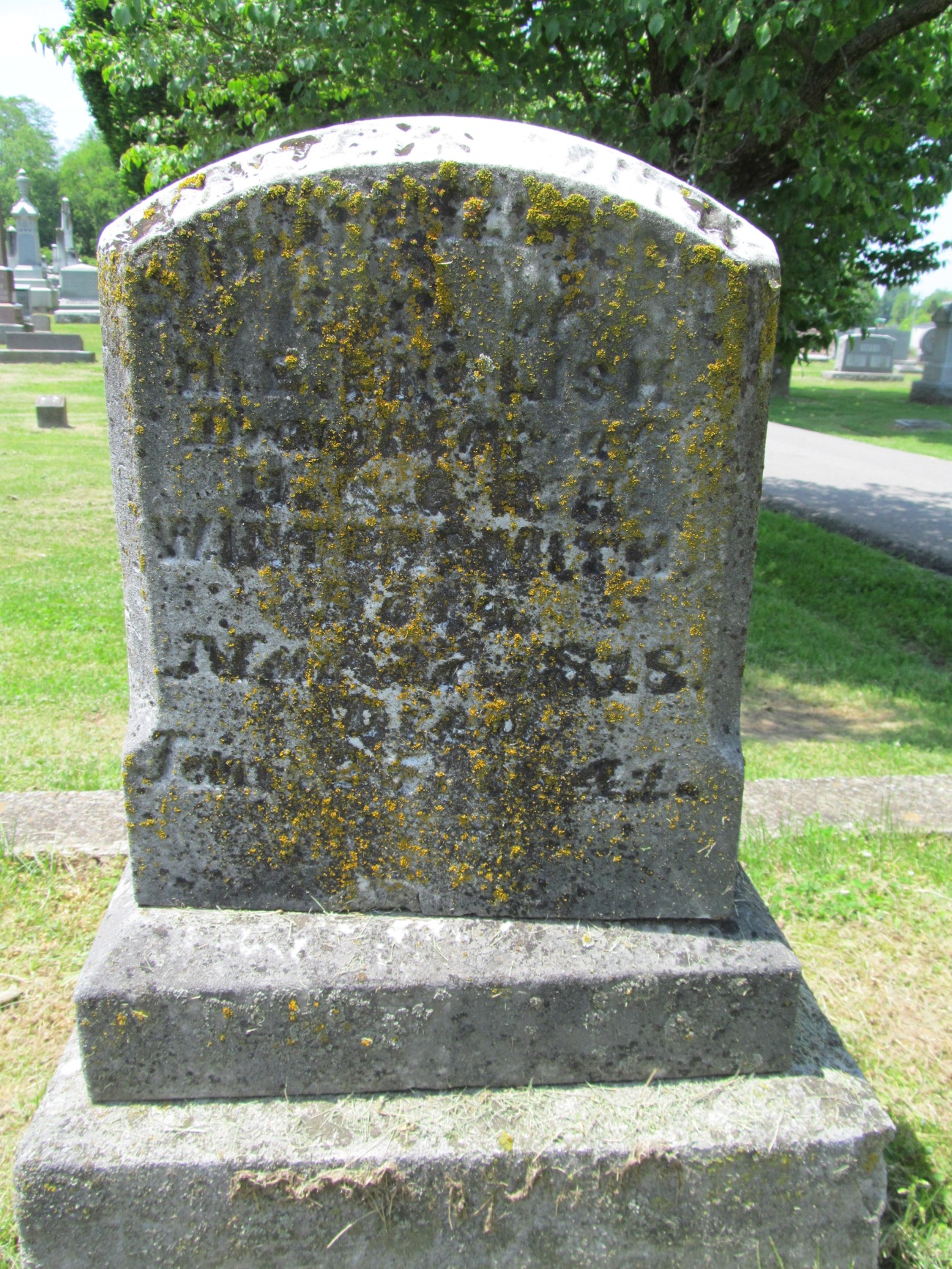 Children from the second marriage with Matilda A. Morehead: 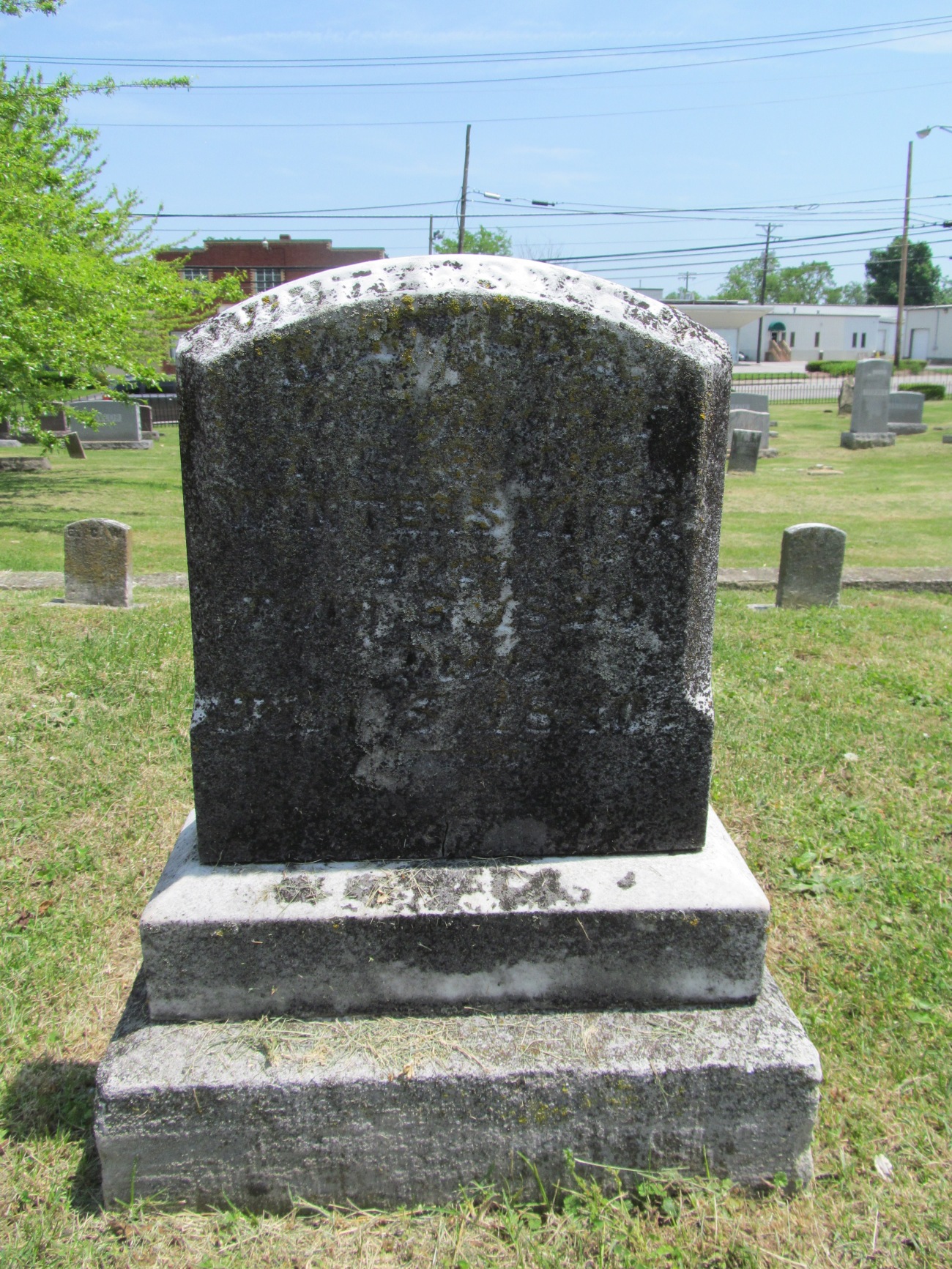 Child from the third marriage with Jane C. Stovall:

Horatio and his three wives are celebrated on the large monument, one on each side.  Additionally they have individual stones.  Each of the smaller stones are the same size and they have Wintersmith written on the top – even if it was not the last name of the individual.

In addition to the above mentioned, Henry Wathen, a child of seven years, is buried in the Wintersmith plot, as well as Horace W. Cunningham, son of A. H. & M. C. Cunningham, and grandson of H. G. and E. H. Wintersmith, aged two years.  A very old stone which has no first name, but is the son of Vincent and Mary Smallwood is also in the plot.  If you look at the photo of the plot at the top of this blog, you can see the large monument and eleven smaller stones, including the very old one on the left back of the plot.  There is not a small stone for Jane C. Stovall Wintersmith, but she is listed on the large monument.  Being the last to pass away, perhaps no one thought to purchase a small stone.  Each of the small stones have a matching foot stone.