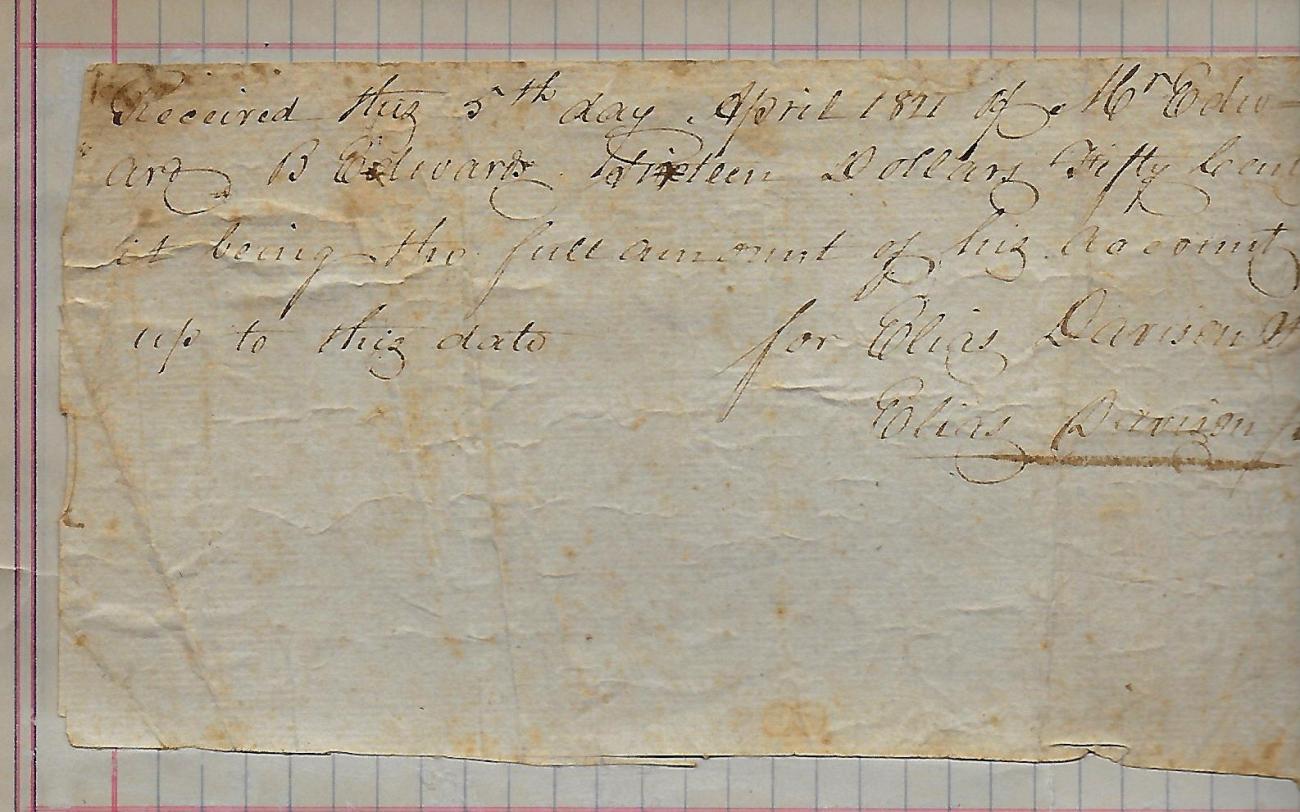 Such a simple piece of browned paper, but one so very important to me.  This is a receipt given to my fourth great-grandfather, Edward Barber Edwards, by Elias Davison, after paying the amount due on his account.

Elias Davison was on the list of Springfield town lot owners in 1817, in the post that was published yesterday.  He owned one lot at a valuation of $6,000.  In the diary of Hugh McElroy he states that he engaged to keep store for Mr. Elias Davison, beginning in 1814.  An old plat of Springfield was found and mentions the lot owned by Mr. Davison, and that it was known by the appellation ‘Davison’s brick corner.’  At least this gives us an idea of why it was valued at $6,000.  I so wish we had just a little more information about what Edward Edwards was paying for!

Edward Barber Edwards was born in Maryland April 21, 1768, the son of Jonathan Edwards and Sarah Barber.   Edward moved to Loudoun County, Virginia, before 1795, when he sold land to George Smith.  Perhaps this was about the time he married Nancy Linton, daughter of Captain John Linton and Ann Nancy Mason.   Edward and Nancy’s first child, my ancestor, Susan Clark Edwards was born in 1797.  All but one of their children was born in Loudoun County – John L., Catherine Kitural, Jonathan Joseph, Benjamin M., and Mary Jane.  The family moved to Washington County, Kentucky, in 1816, and daughter Sarah was born in 1822.

Edward died in 1824, in Washington County.  Nancy lived another 37 years.

Received this 5th day April 1821 of Mr Edward B. Edwards sixteen dollars fifty cents, it being the full amount of his account up to this date.