By Kentucky Kindred Genealogical Research on April 3, 2018 • ( Leave a comment )

John W. Hill, of Hartford, Ohio County, Kentucky, enlisted in the Civil War in August of 1862.  His wife, of three years, Mary Elizabeth Stevens, bore him one daughter, Antha Hill, before John was killed during the Battle of Knoxville, in 1863.  Mary married Alexander Ellis as her second husband in 1868.  After his death she requested a widow’s pension from her first husband.  Captain John W. Hill is buried in the National Cemetery in Knoxville, Tennessee. 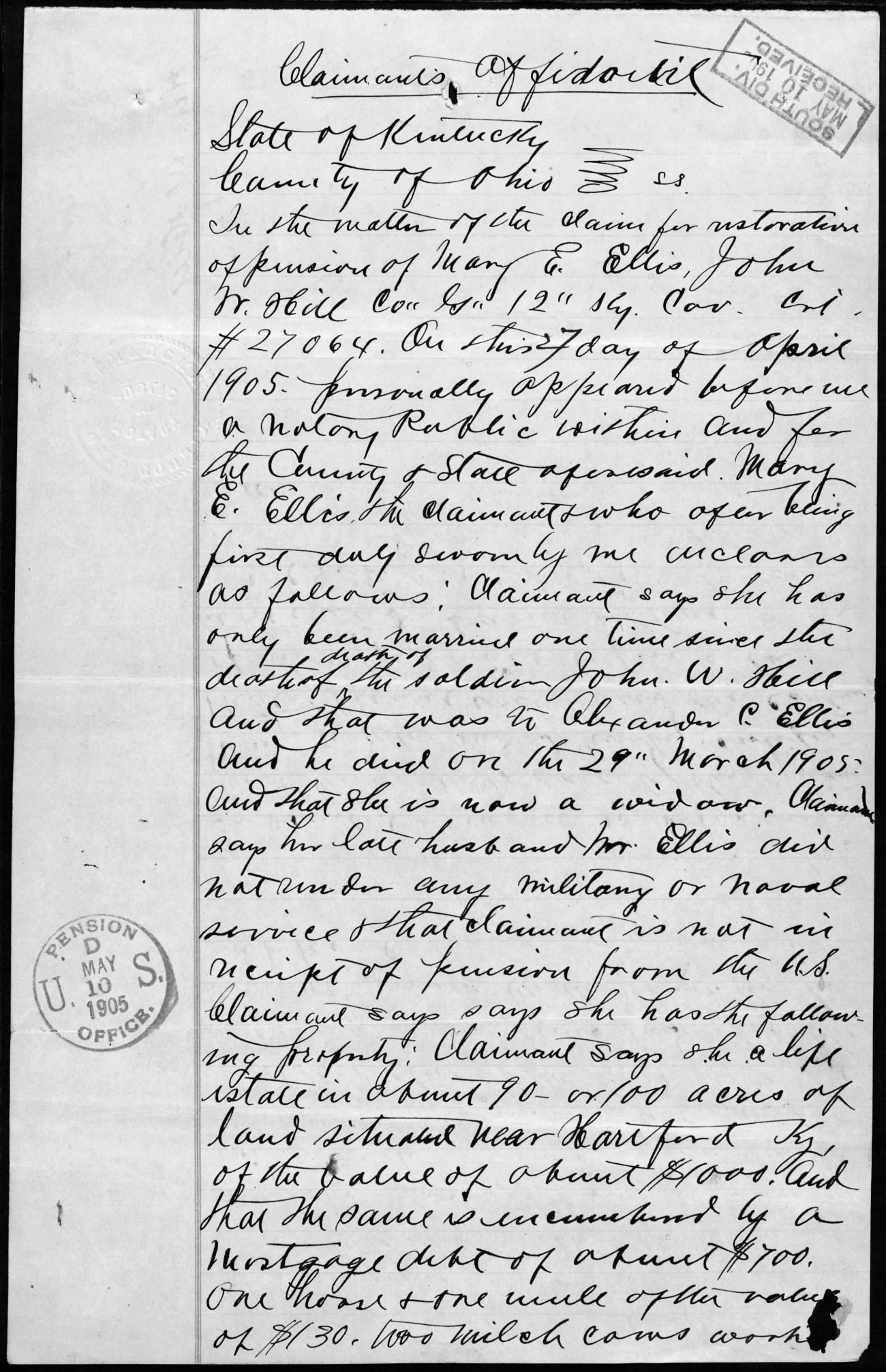 State of Kentucky, County of Ohio

In the matter of the claim for restoration of pension of Mary E. Ellis, John W. Hill, Company G, 12th Kentucky Cavalry, #27064.

On this 27th day of April 1905, personally appeared before me a notary public within and for the County and State aforesaid, Mary E. Ellis, the claimant, who, after being first duly sworn by me, declares as follows:  Claimant says she has only been married one time since the death of the soldier, John W. Hill, and that was to Alexander Ellis, and he died on the 29th March 1905, and that she is now a widow.  Claimant says her late husband, Mr. Ellis, died not render any military or naval service and that claimant is not in receipt of pension from the U.S.  Claimant says she has the following property.  Claimant says she has a life estate in about 90 or 100 acres of land situated near Hartford, Kentucky, of the value of about $1,000.  And that the same is encumbered by a mortgage debt of about $700, one horse and one mule of the value of $130, two milk cows worth 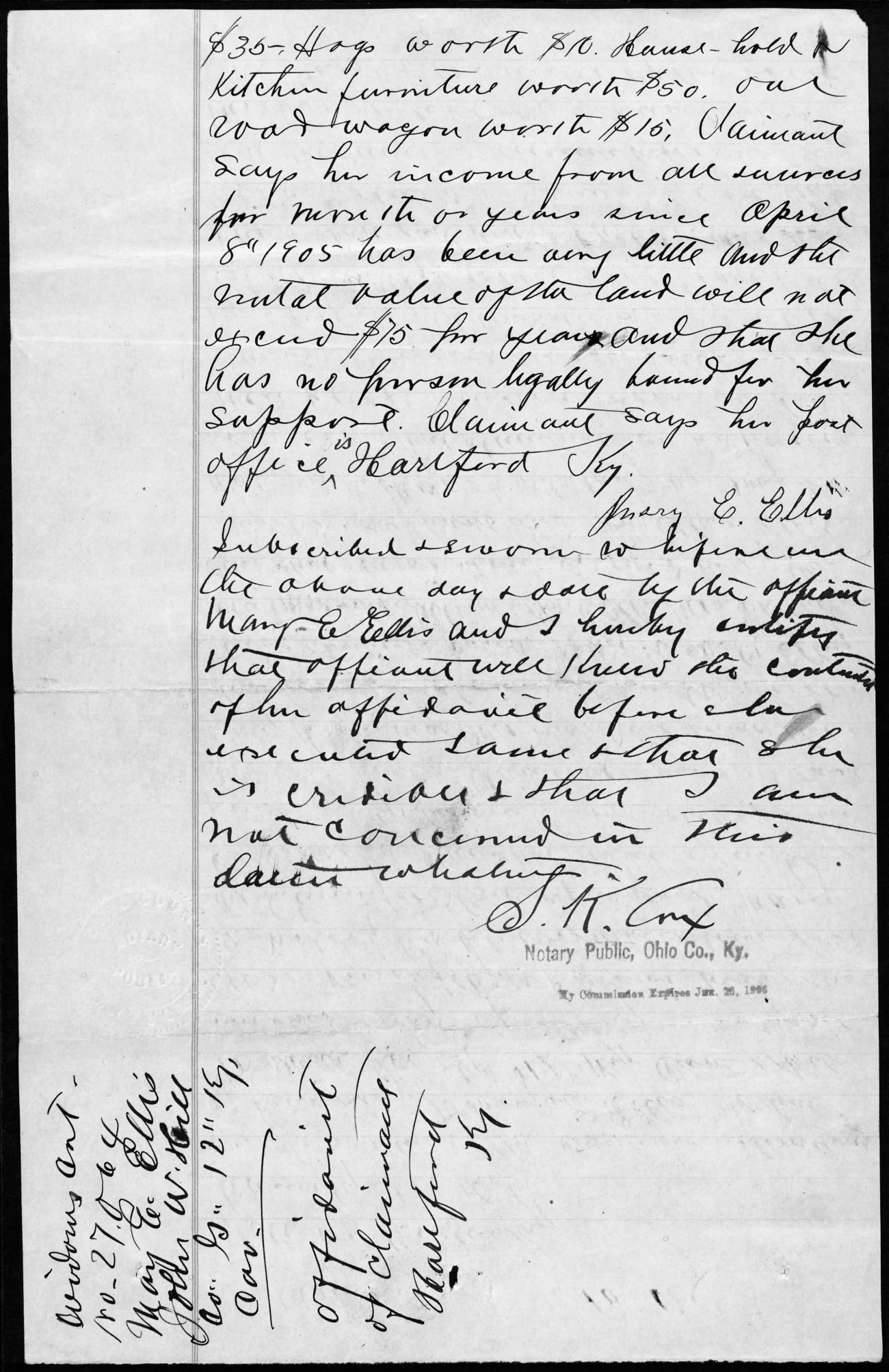 $35, hogs worth $10, household and kitchen furniture worth $50, one road wagon worth $15.  Claimant says her income from all sources for month or years since April 8th 1905 has been very little and the total value of her land will not exceed $75 per year and that she has no person legally bound for her support.  Claimant says her post office is Hartford, Kentucky.

Subscribed and sworn so before me, the above day and date, by the affidavit, Mary E. Ellis, and I hereby certify that affidavit well knew the condition of the affidavit before and executed same and that she is creditable and that I am not concerned in this case whatever. 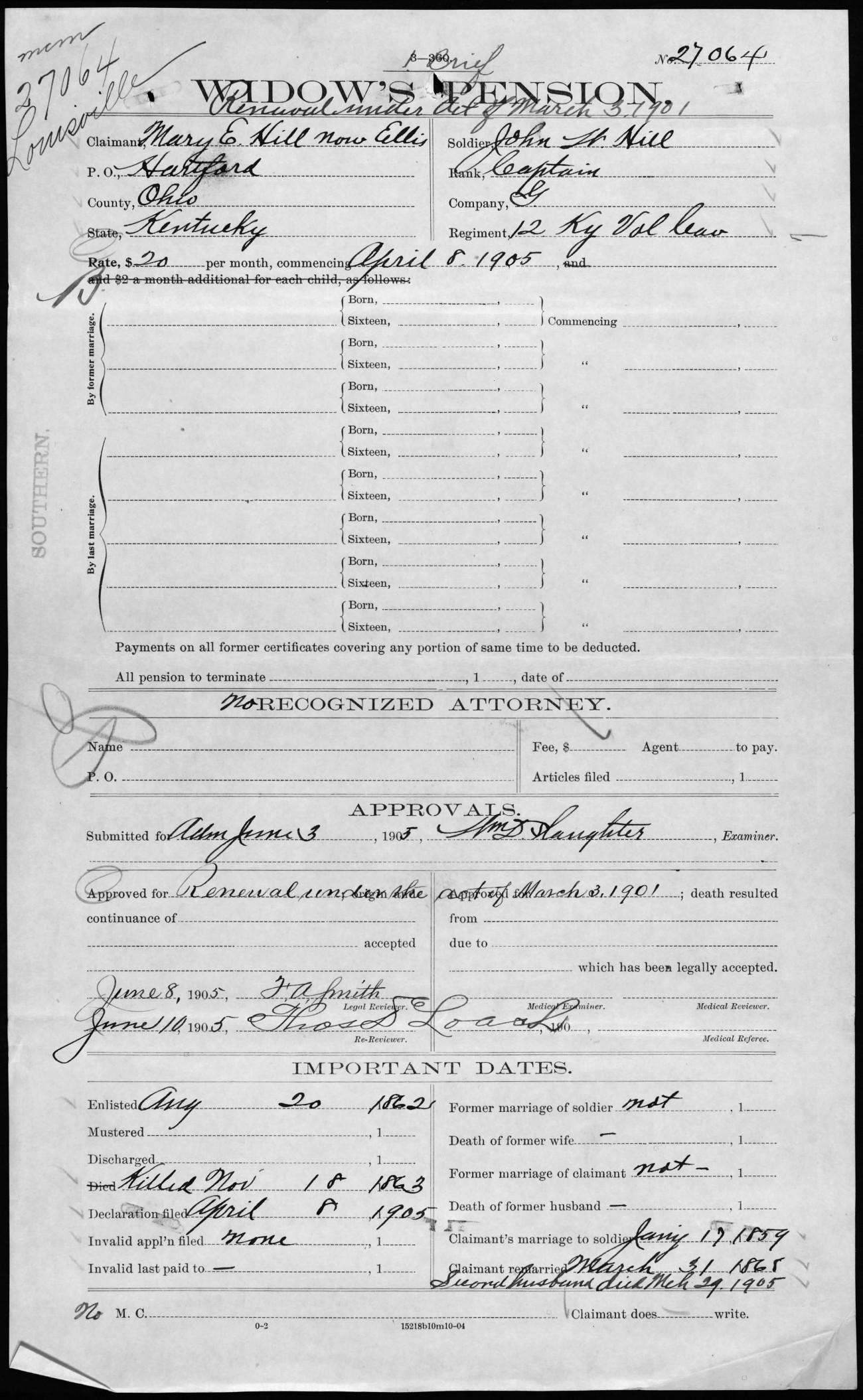 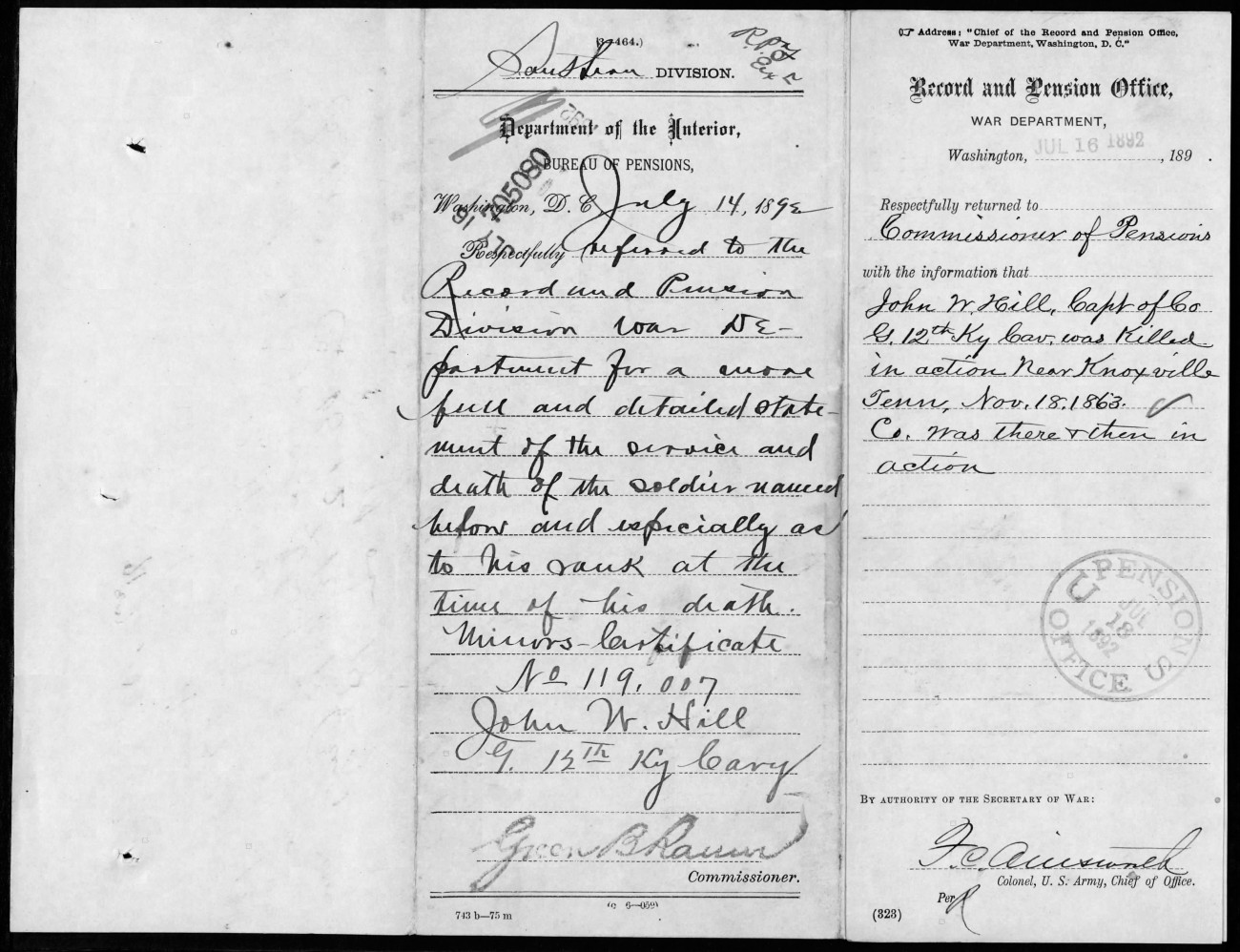 John W. Hill, Captain of Company G, 12th Kentucky Cavalry, was killed in action near Knoxville, Tennessee, November 18, 1863.  Company was there and then in action.