By Kentucky Kindred Genealogical Research on November 4, 2018 • ( Leave a comment )

James Theophilus Harris married Elizabeth Curry November 27, 1866.  Theophilus was born in 1812 and on the marriage certificate it says they were both of age.

The couple was married for fifteen years before Theophilus’ death in 1881.  His will leaves everything to his wife and daughter, Elizabeth and Minnie Elizabeth. 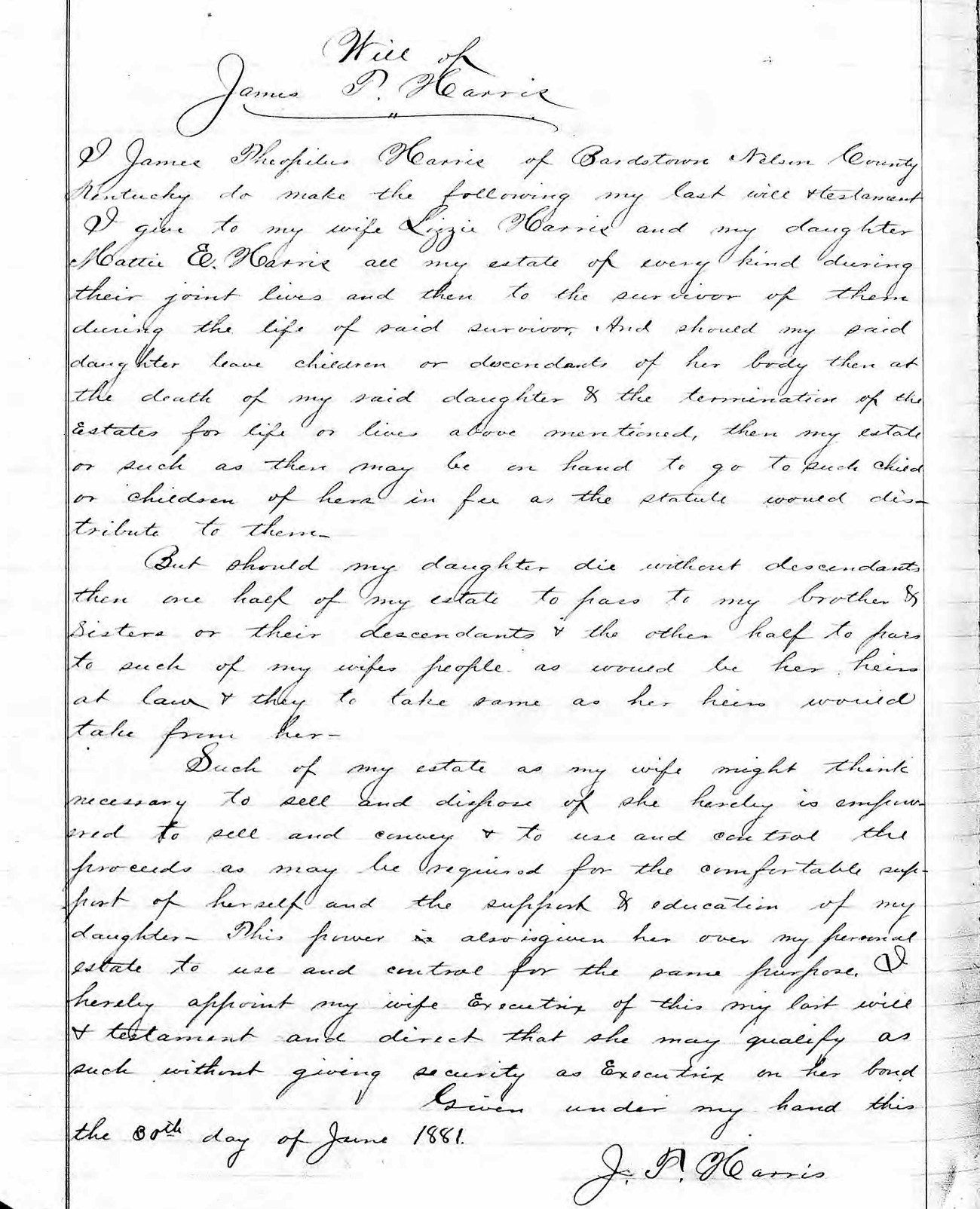 Will of James Theophilus Harris

I, James Theophilus Harris, of Bardstown, Nelson County, Kentucky, do make the following my last will and testament.

I give to my wife, Lizzie Harris, and my daughter, Mattie E. Harris, all my estate of every kind during their joint lives and then to the survivor of them during the life of said survivor.  And should my said daughter leave children or descendants of her body then at the death of my said daughter and the termination of the estates for life or lives above mentioned, then my estate or such as then may be on hand to go to such child or children of hers in fee as the statute would distribute to them.

But should my daughter die without descendants then one-half of my estate to pass to my brothers and sisters or their descendants and the other half to pass to such of my wife’s people as would be her heirs at law and they to take same as her heirs would take from her.

Such of my estate as my wife might think necessary to sell and dispose of, she hereby is empowered to sell and convey and to use and control the proceeds as may be required for the comfortable support of herself and the support and education of my daughter.  This power is also given her over my personal estate to use and control for the same purpose.  I hereby appoint my wife Executrix of this my last will and testament and direct that she may qualify as such without giving security as executrix on her bond. 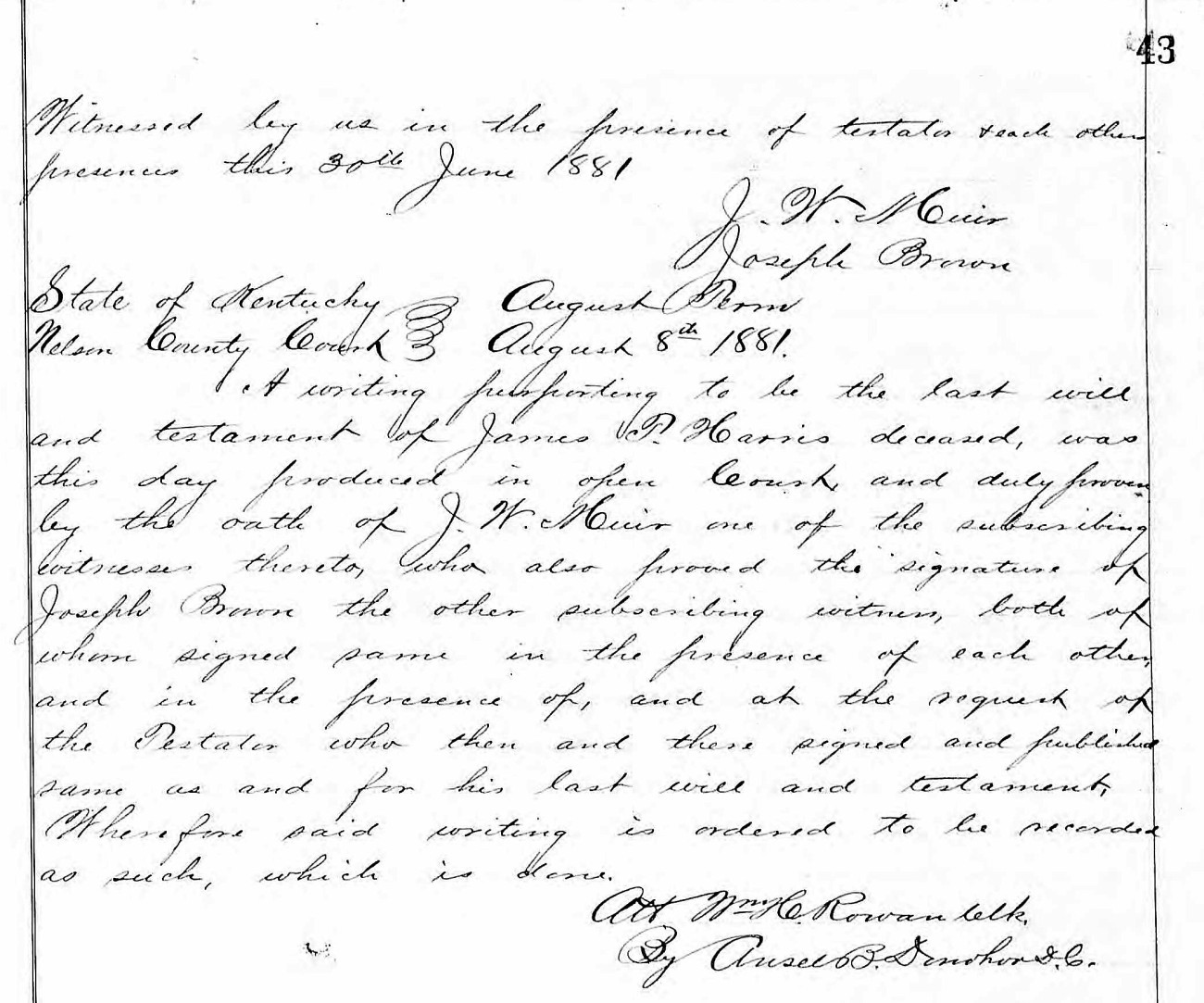 Witnessed by us in the presence of testator and each other this 30th June 1881.

A writing purporting to be the last will and testament of James T. Harris, deceased, was this day produced in open Court and duly proven by the oath of J. W. Muir, one of the subscribing witnesses thereto, who also proved the signature of Joseph Brown, the other subscribing witness, both of whom signed same in the presence of each other and in the presence of, and at the request of the Testator, who then and there signed and published same as and for his last will and testament.

Wherefore said writing is ordered to be recorded as such, which is done.

What a beautiful sentiment on the back of Mr. Harris’ stone.

‘We have laid him to rest, we have folded the pale hands over the pulseless breast; closed the tired eyes; covered him over with sweet flowers, loves own offerings – and laid him away for the resurrection morn, when there shall be oh such a glad reunion of the loved and lost.’