By Kentucky Kindred Genealogical Research on August 19, 2019 • ( Leave a comment )

On a genealogy tour in August of 2014 Ritchey and I visited the Carlisle Cemetery in Nicholas County.  One monument came into view immediately – the lovely marble sculpture above.  Thinking this must be the grave of a young woman who had died early in life I was very surprised to discover Sallie Thomas Hall was 83 years of age when she passed away.  What a glorious monument to her youth and beautify, and the long life she lived.  Sleeping peacefully until resurrection day.

Sallie married Francis Hall as his second wife; Louisa Wheat, his first wife, died in 1879 and a monument was erected for her and Francis at her burial site in the Paris Cemetery.  Francis and Louisa had one son, William Wright Hall.  He and Sallie had no children.

Husband Francis Hall died January 22, 1910, in Bourbon County, where the couple lived at that time.  He is buried with his first wife.

Sallie lived another ten years until her death, January 11, 1920. 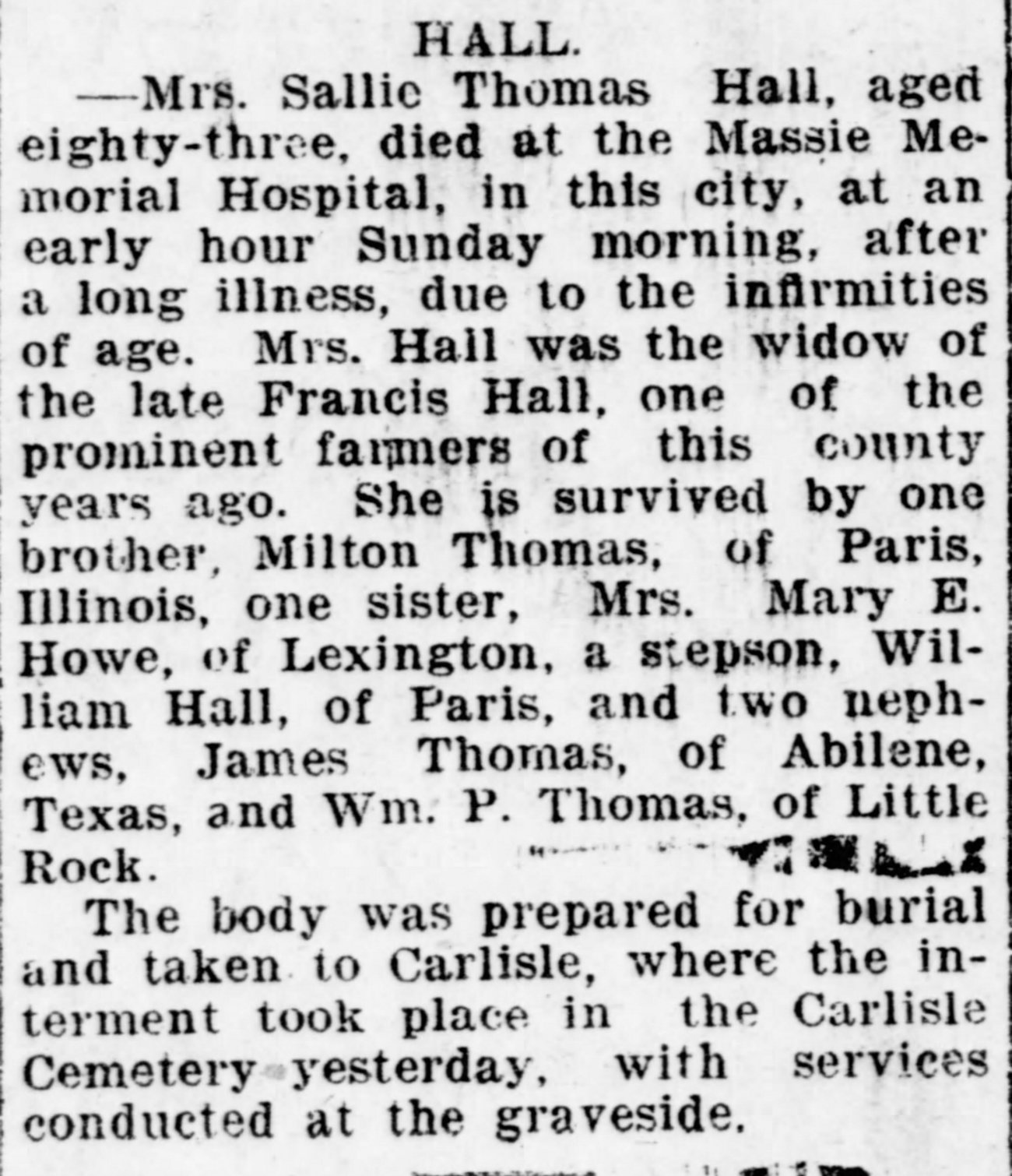