Ben Hardin Has Been Found!

Ah, the search for Ben Hardin’s grave.  If you remember Ritchey and I spent an afternoon last year driving up and down Hwy 55 between Springfield and Lebanon, stopping at the marker along that highway and checking both sides of the road, going down side roads, and not finding Hardin’s grave.

My next tract of inquiry was with the genealogist at the Washington County Public Library.  We talked via phone and she said his gravesite is across the street from the historical marker.  She said she wouldn’t be able to climb the 8-10′ bluff but perhaps we would.  She doesn’t know my enthusiasm for finding a grave.

Yesterday we walked a quarter mile down that bluff, checking the fence row where bushes and trees were overgrown.  It was a gorgeous day.  It was also 86 degrees and there was no shade.  Invigorating.  We walked back and took the other side of the fence, in the yard of of the house (you could tell no one lived there and the genealogist did not know who owned the property). 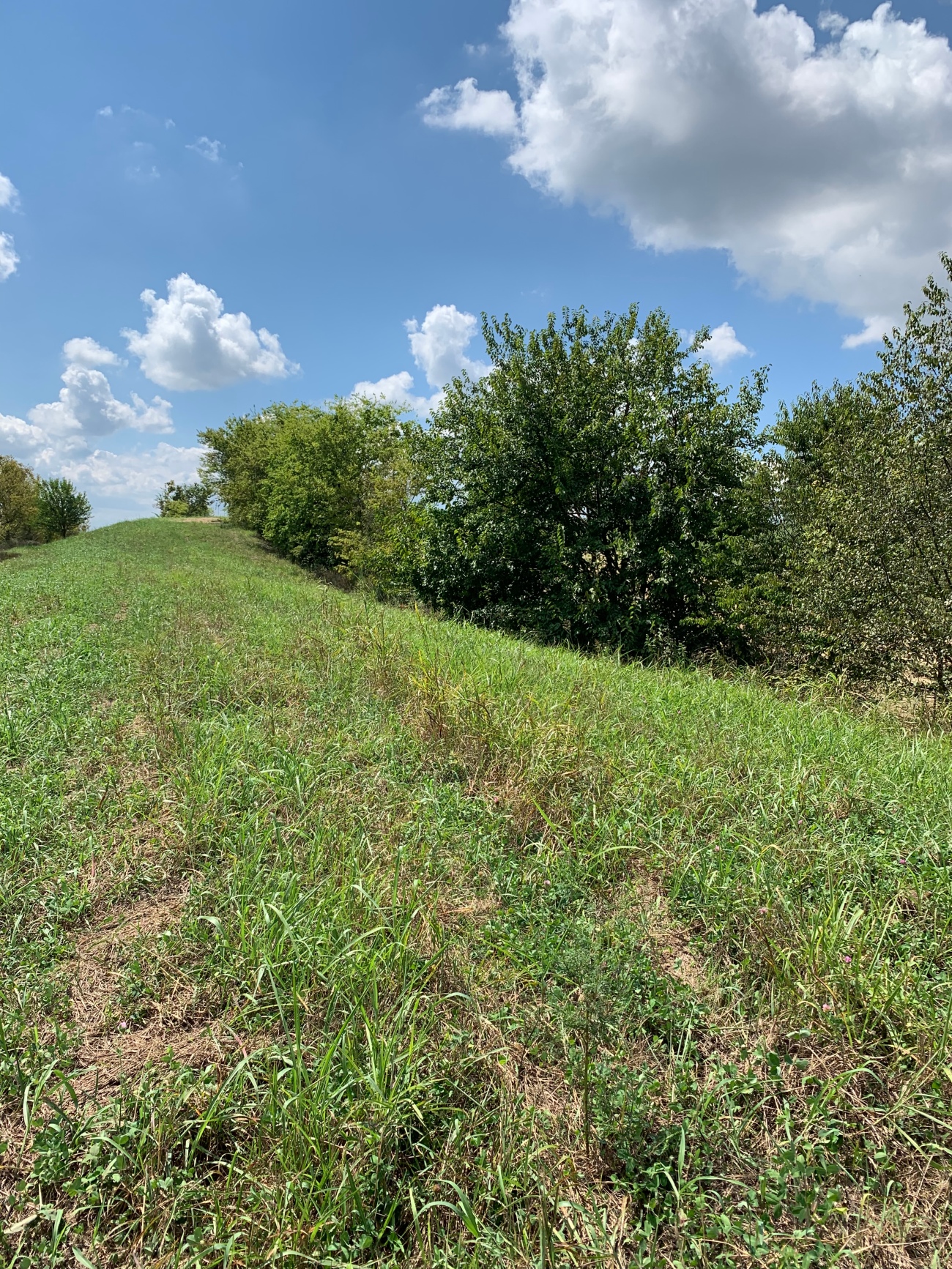 Ritchey though we should come back in late fall since the stones would be easier to see with no foliage.  But I had a different view – why would their family burial plot be so close to the road?  We drove further up the drive to get a better view of the property.  Ritchey spotted the site at once – far away in the field, a quarter mile perhaps.  Forward we went. 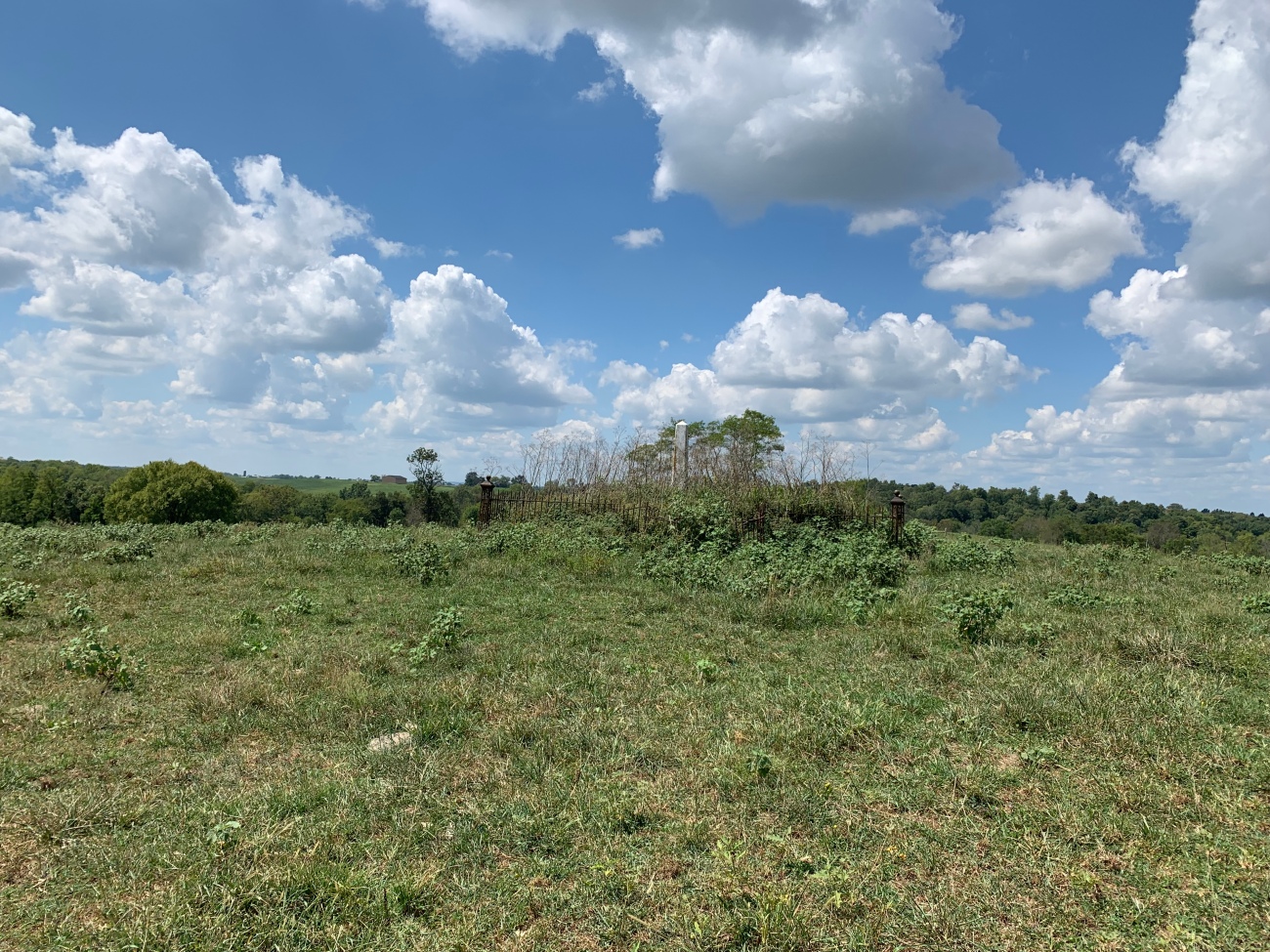 As we approached we could see there was a rusted iron fence, very similar to the one in the Linton cemetery.  The brush and growth was almost as tall as the large stone.  Parts of the fence were leaning and there was a row of barbed wire along the top, presumably to keep out cows (while none were in the field yesterday, there was evidence they had been there recently).

Ritchey didn’t bring his machete, but stomped down the growth well enough to take photos.  He did not see other stones although Hardin’s parents are buried there.  We will return in cooler weather and search again.

But Ben Hardin has been found! 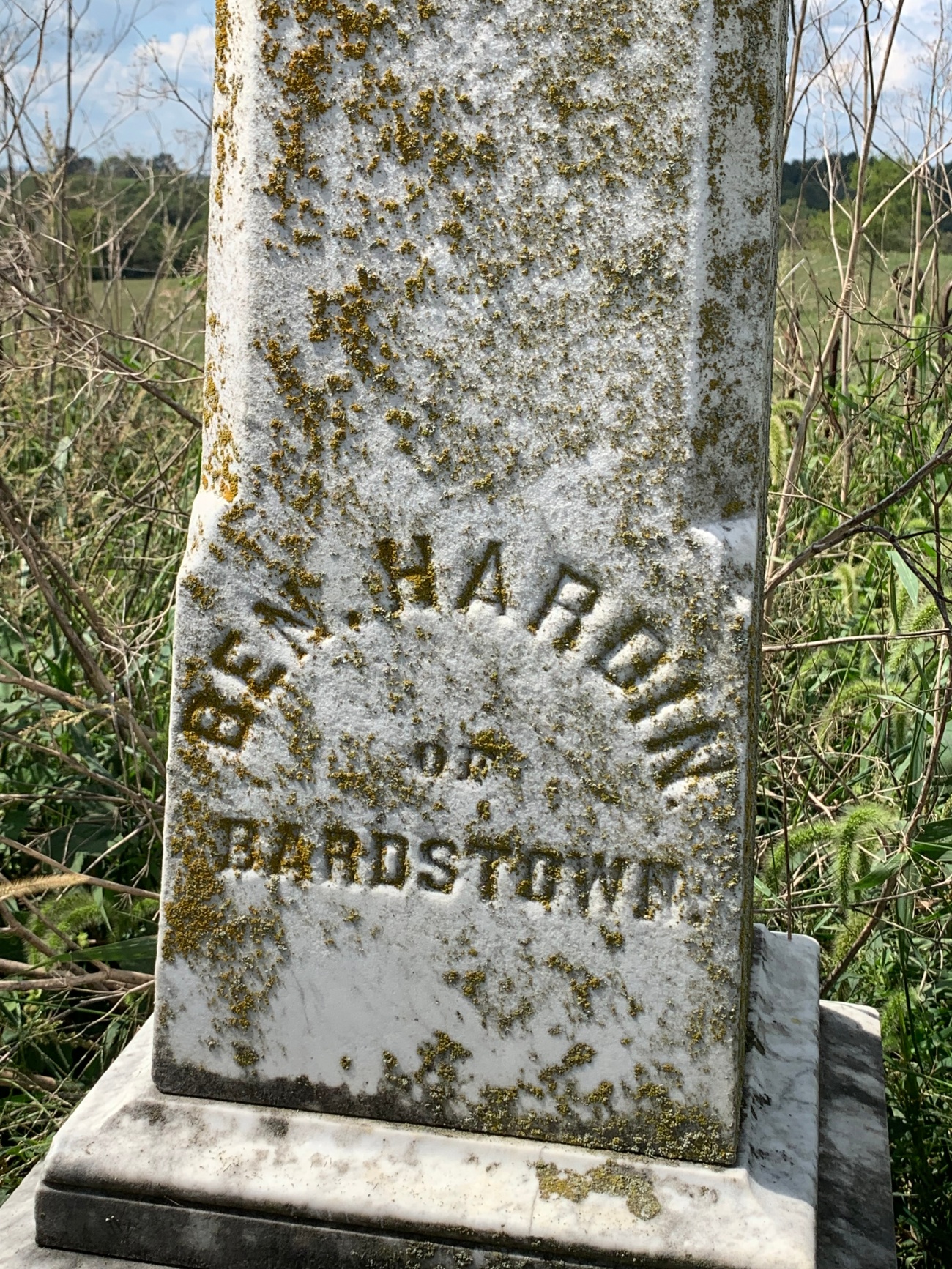 Two Mississippians, Their Murder Trial in Harrodsburg, and the Division of Mercer and Boyle Counties