Lt. Hugh Wilson McKee fought bravely in a battle few people probably know occurred.  Hugh gave his life leading the charge February 23, 1871, in Korea, known then as the Hermit Kingdom.  He was the son of William Robertson McKee, 1808-1847, and Jane Wilson, 1812-1888; the brother of Margaret Robertson McKee Jones, 1837-1873, and George Wilson McKee, 1842-1891.  He was not the only one in his family to sacrifice his life for the good of the country.  This McKee family is related to my husband’s McKee’s.

His father, Colonel William Robertson McKee, lost his life in the Mexican War, on the second day of the Battle of Buena Vista on February 23, 1847.  He was severely wounded and fell near the end of the battle.  The enemy bayonetted him to death.  Colonel McKee fell alongside such companions as Henry Clay, Jr., E. M. Vaughan and W. T. Willis.  Colonel McKee is buried in the Frankfort Cemetery in Franklin County, in what is known as Kentucky’s State Mound, a burial place for distinguished Kentuckians.

Hugh and his brother, George, graduated from the United States Naval Academy, and served their country faithfully until the end.  Hugh, his brother George and mother Jane are buried in the Lexington Cemetery in Fayette County.   Hugh’s stone lists ships he served on, in addition to other information. 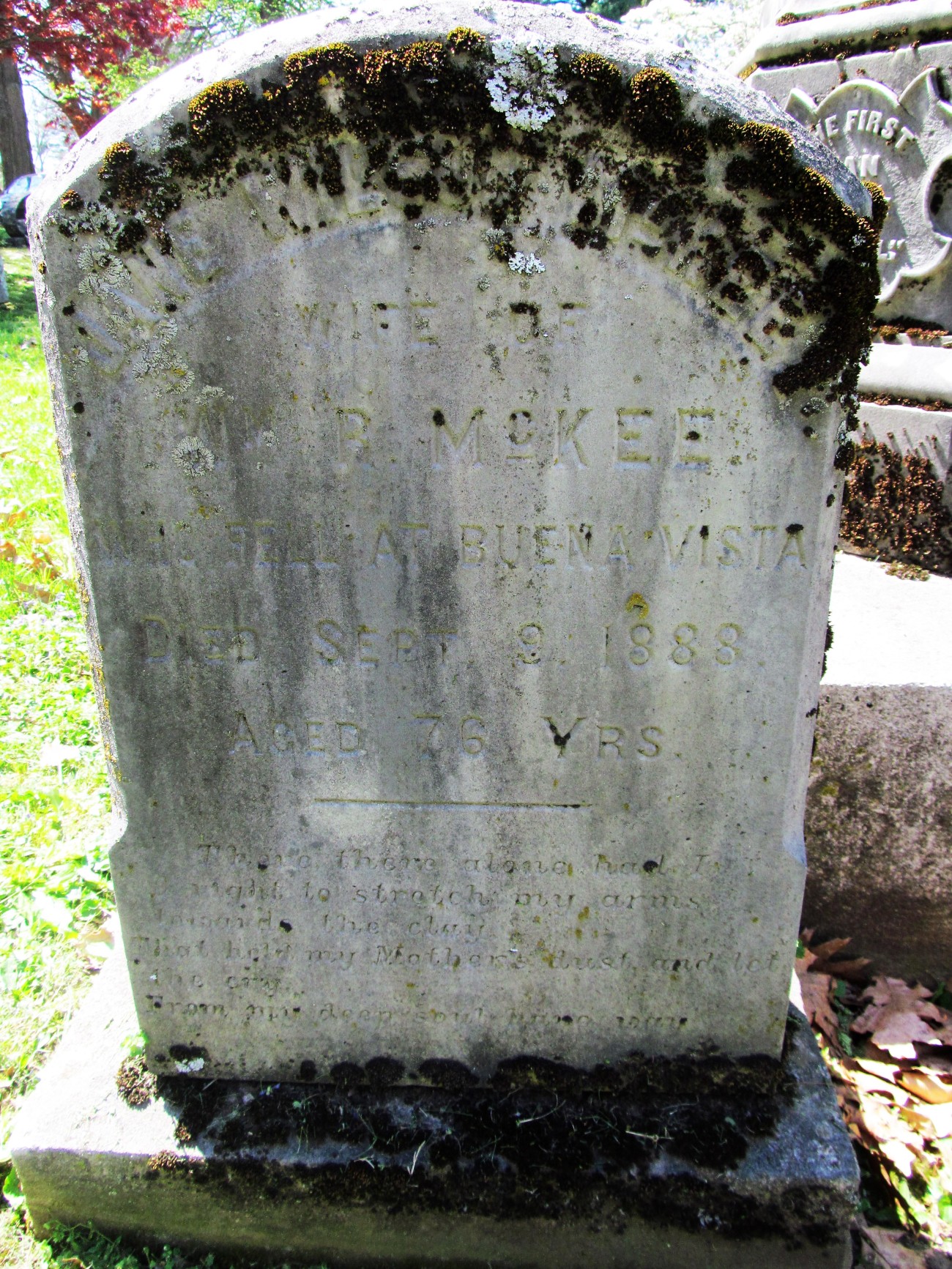 Jane Wilson McKee, wife of William R. McKee, who fell at Buena Vista, died September 9, 1888, aged 76 years.  ‘There, there alone had I a right to stretch my arms towards the clay that held my mother’s dust and let the cry from my deep soul ring way.’

Jane Wilson McKee died in 1888 and was buried beside son Hugh.  At this date only son George remained.  The verse he put on his mother’s gravestone is most poignant.

George died of pneumonia in 1891, after less than a year of marriage with a Miss Chalfant of Pittsburgh.  He is buried with his mother and brother.

Lexington’s Lt. Hugh McKee died a hero in the battle

Civil War smoke had hardly cleared away when a Lexingtonian died a hero in America’s tiniest conflict with a foreign nation.

Lt. Hugh McKee of the United States Navy was one of the three Americans killed 90 years ago in a three-day war between the United States and what then was known as Cho-sen, the Hermit Kingdom, now called Korea.

It wasn’t much of a war, and even that didn’t follow a formal declaration.  It accomplished nothing; there was no reason for it, and few American newspapers bothered about reporting it.  The New York Herald ran a story under the heading, ‘Our Little War With The Heathens.’

But it was a big war for Hugh McKee, for whom the Lexington post, Veterans of Foreign Wars, is named.

His monument in the Lexington Cemetery points out that McKee, born in Lexington April 23, 1844, was ‘Killed in the attack upon the forts of Corea (sic), made by the U.S. Naval Forces June 11, 1871.’ 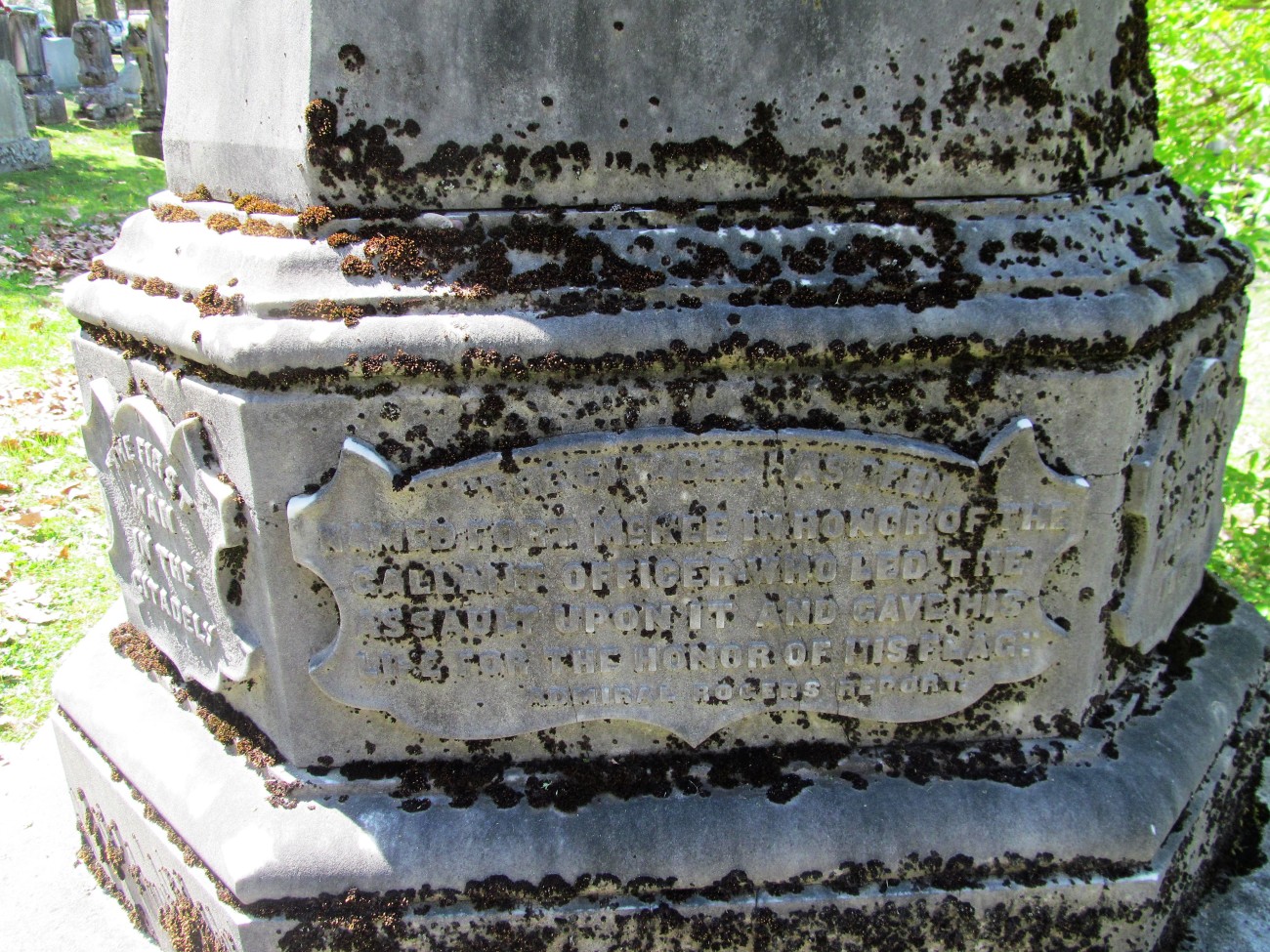 ‘The Citadel has been named Fort McKee in honor of the gallant officer who led the assault upon it and gave his life for the honor of his flag.’  Admiral Rogers report.

And there is this citation from the report of Rear Admiral John Rodgers:

‘The Citadel has been named Fort McKee in honor of the gallant officer who led the assault upon it and gave his life for the honor of his flag.’

Other inscriptions on the shaft state that he was graduated from the U.S. Naval Academy in 1866, 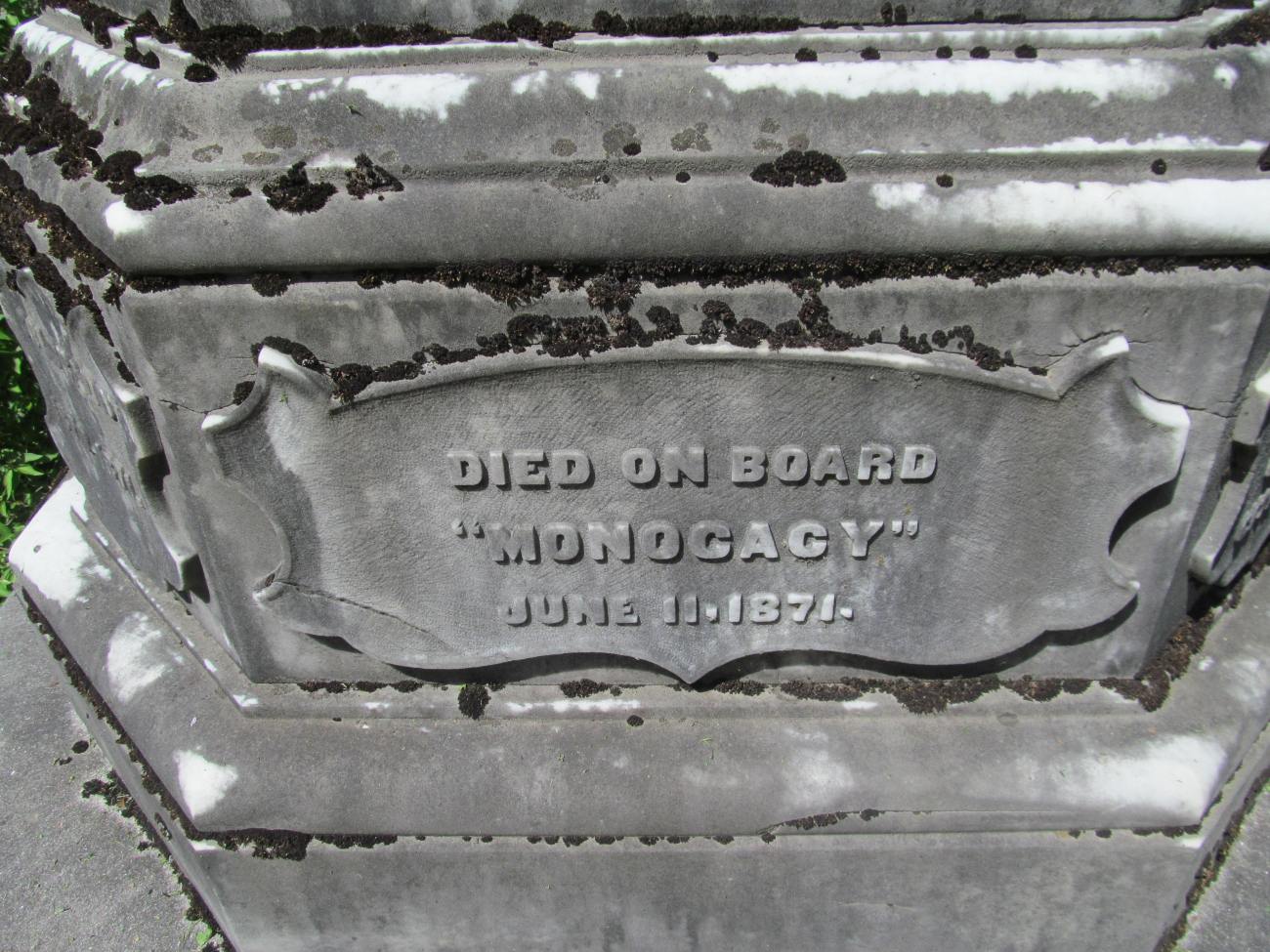 that he died on board the U.S. Monocacy, and that he was ‘The first man in the Citadel.’ 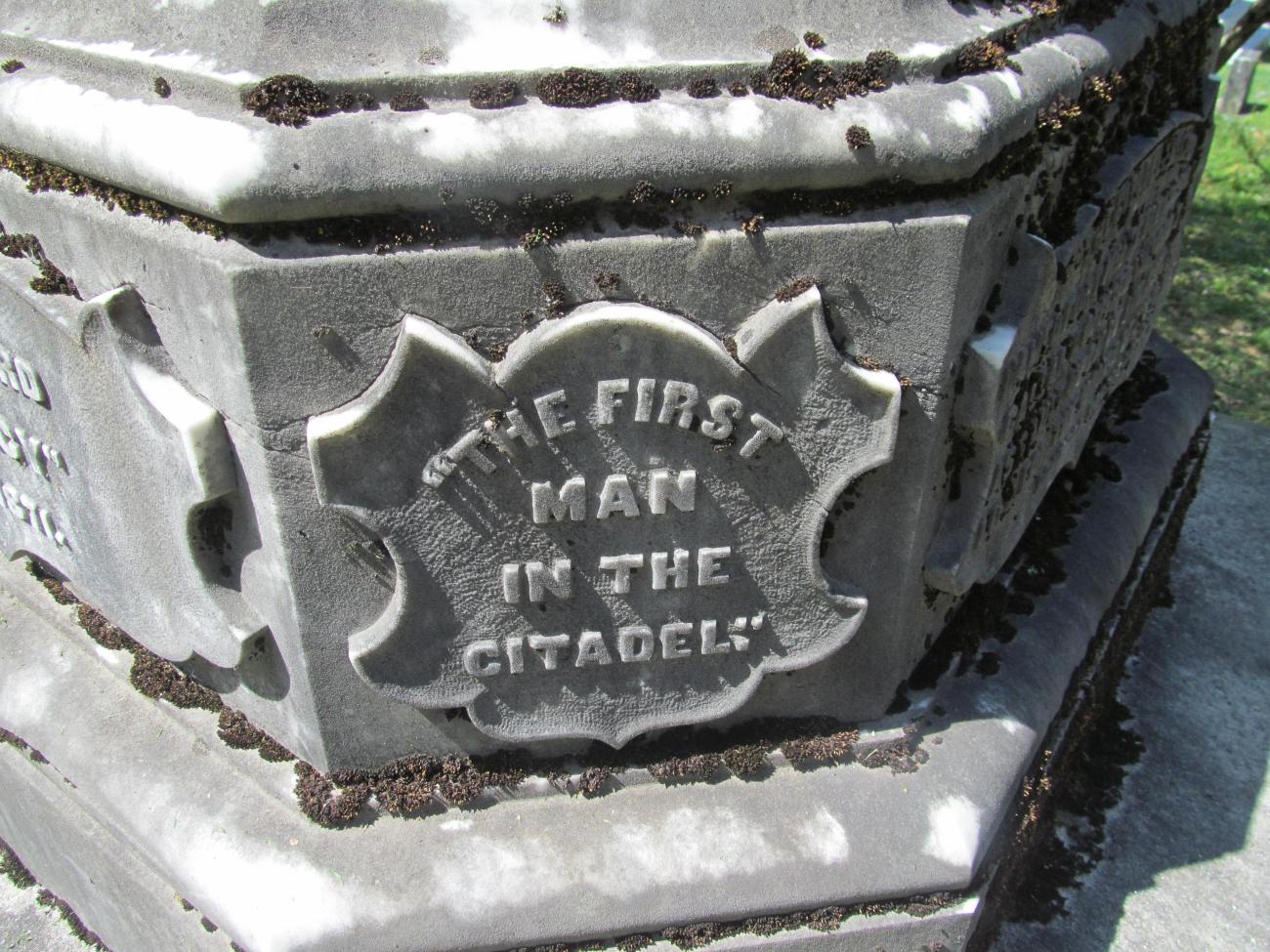 The so-called Citadel was the key to a whole line of Korean fortifications.  It formed the apex of a conical hill 150 feet high and was encircled with a redoubt on which the gallant Kentuckian, sword in hand, suffered his mortal wound. 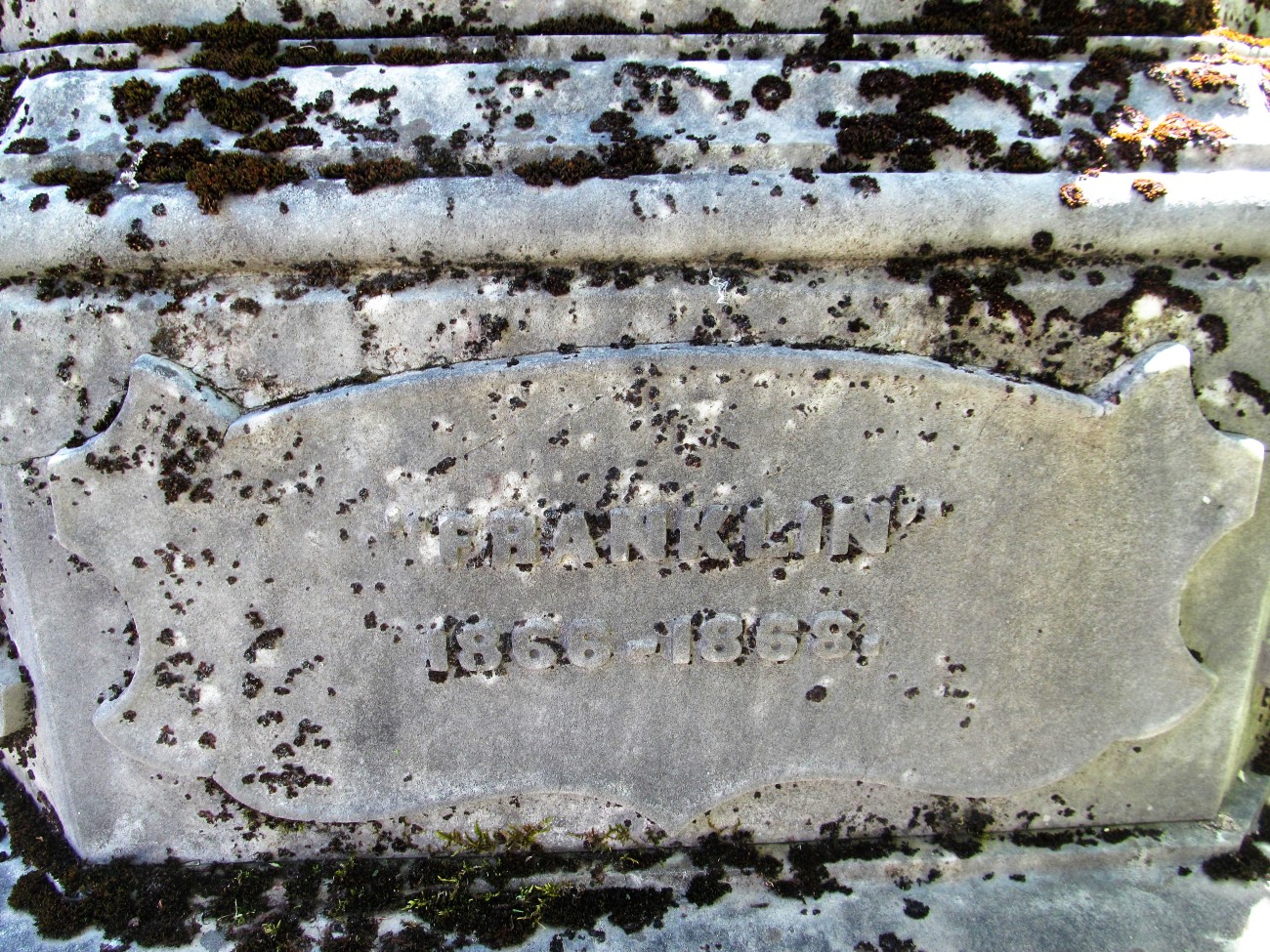 The Americans – 651 Marines, bluejackets and soldiers – captured the Citadel at a cost of three lives, including that of McKee, who was carried back to his ship to die, and 10 wounded.  After the battle 243 Koreans lay dead and 20, all wounded, were captured. 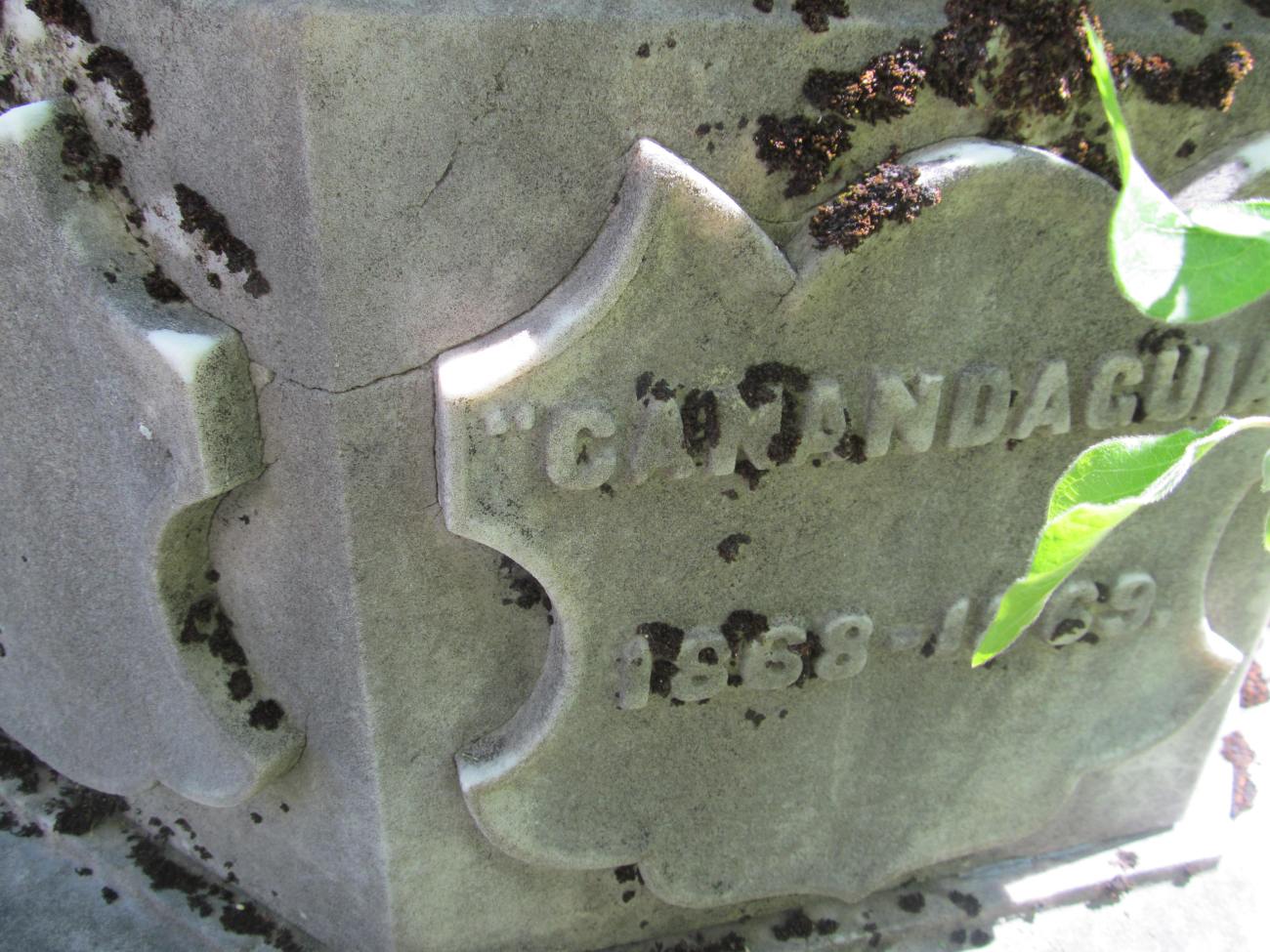 When the defenders, who fought with furious courage, ran out of stones, spears and swords, they threw dust in the attackers’ eyes and tried to grapple with them.

Actually, the garrison fought to the last man in a sort of Korean Alamo.  The prisoners were captured on the outside.

After the battle, the Americans destroyed the fort, then boarded their ships and sailed away.

The trouble with Korea started in 1866 when an American schooner, the General Sherman, was burned by Koreans, who then murdered the crew.  That ship was on a doubtful ‘experimental trading voyage.’  Korean officials called it a pirate ship.

Admiral Rodgers took it upon himself, with some State Department backing, to open Korea to American commerce.  He used the General Sherman affair as an excuse.

John Talbot and Alfred Foree were the other two men killed, all three Kentuckians.

‘Trophies sent to McKee’s mother and now in the Transylvania museum included a breech-loading cannon, which an inscription states was cast in Korea in 1684; a musket called a ‘gingall’; a helmet proof against a musket ball; a flag torn from the parapet of the principal fort, a gauze hat worn by the highest Korean officials and books found in the quarters of the Korean commander.’