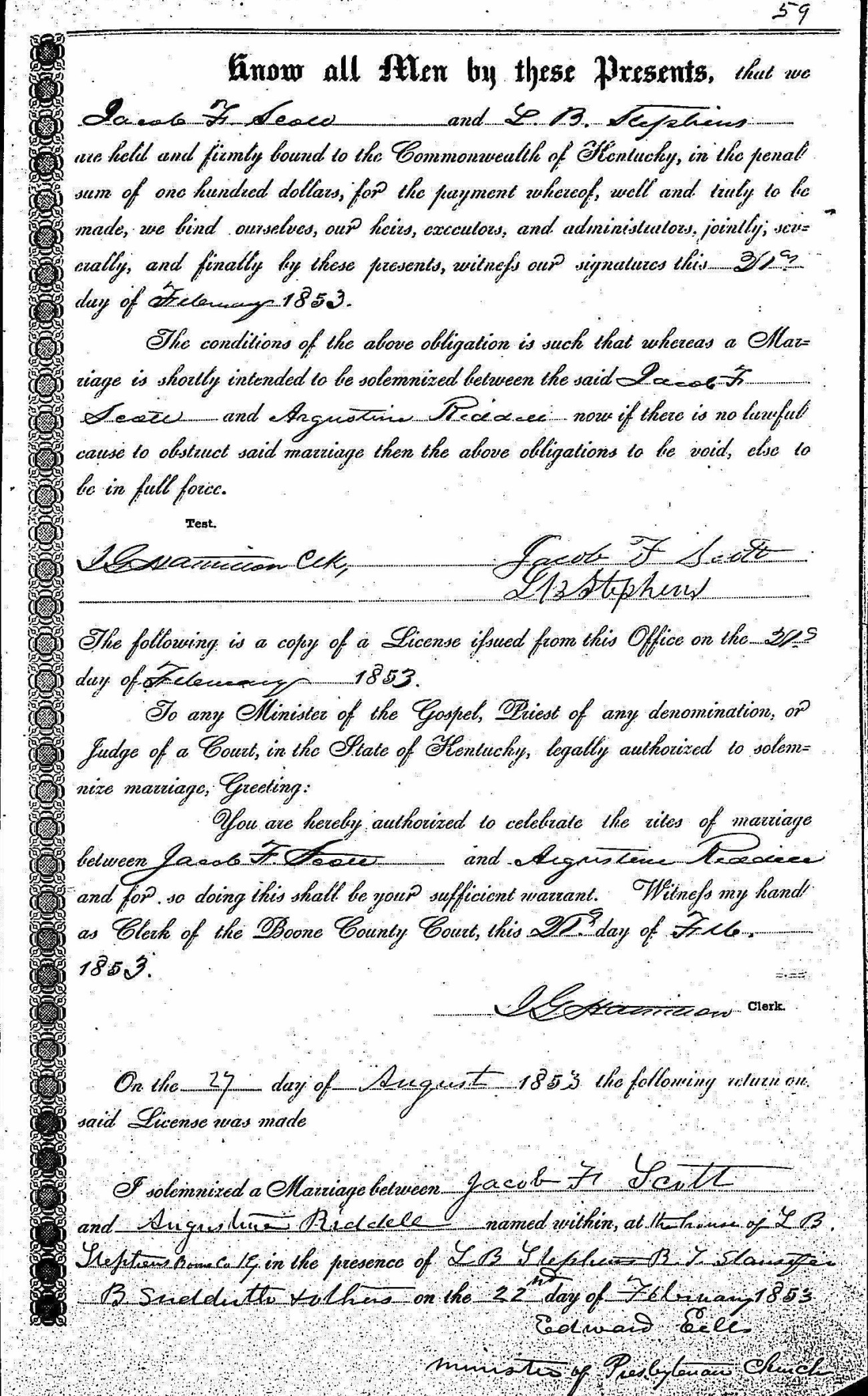 Know All Men By These Presents

Jacob F. Scott and L. B. Stephens are held and firmly bound to the Commonwealth of Kentucky, in the penal sum of one hundred dollars, for the payment whereof, well and truly to be made, we bind ourselves, our heirs, executors, and administrators, jointly, severally, and finally by these presents, witness our signatures this 21st day of February 1853.

The condition of the above obligation is such that whereas a Marriage is shortly intended to be solemnized between the said Jacob F. Scott and Augustine Riddell, now if there is no lawful cause to obstruct said marriage then the above obligations to be void, else to be in full force.

The following is a copy of a License issued from this Office on the 21st day of February 1853.

To any Minister of the Gospel, Priest of any denomination, or Judge of a Court, in the State of Kentucky, legally authorized to solemnize marriage, Greeting:

You are hereby authorized to celebrate the rites of marriage between Jacob F. Scott and Augustine Riddell, and for so doing this shall be your sufficient warrant.  Witness my hand as Clerk of the Boone County Court, this 21st day of February 1853.

On the 27h day of August 1853 the following return on said License was made.

I truly intended to post a quick blog yesterday and chose a marriage bond from Boone County.  But with a little research I found this family to be far more interesting than just a small note about the couples’  marriage.  Thus, you had to wait another day for this post.

By 1900 Augustine was living in Memphis, Shelby County, Tennessee, with youngest son Louis and his wife, Linda.  The young couple had no children at that time, having married two years prior.  Within the next ten years Augustine lived with her son Chasteen and his second wife, Mabel, in Bureau County, Illinois.  By 1920 Chasteen’s family, including his mother Augustine, lived in Oklahoma County, Oklahoma.  They were found in the 1930 census there, where Augustine is listed as 95.  The next year she passed away September 1, 1931. 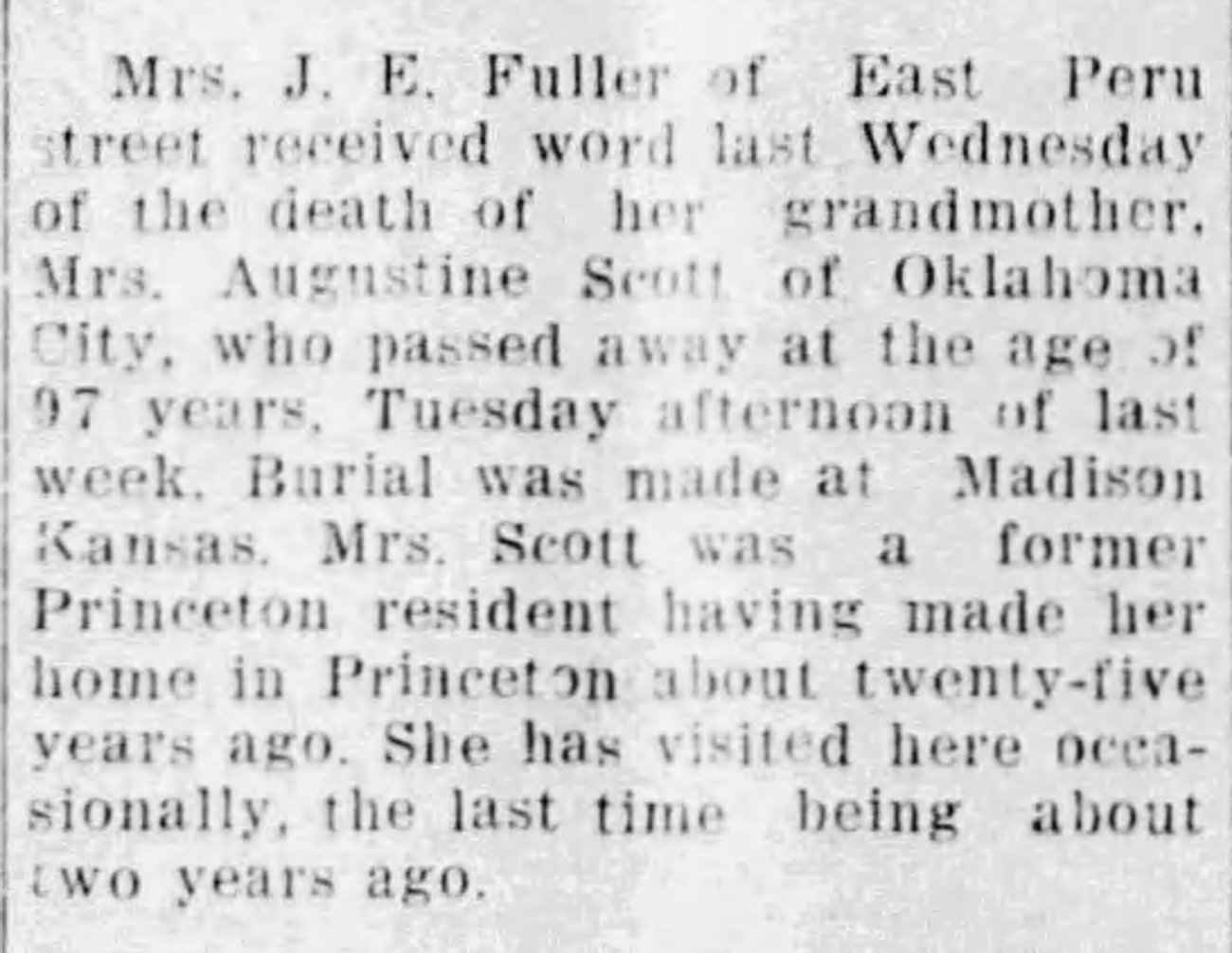 Mrs. J. E. Fuller of East Peru Street received word last Wednesday of the death of her grandmother, Mrs. Augustine Scott of Oklahoma City, who passed away at the age of 97 years, Tuesday afternoon of last week.  Burial was made at Madison, Kansas.  Mrs. Scott was a former Princeton resident having made her home in Princeton about twenty-five years ago.  She has visited here occasionally, the last time being about two years ago.

Mrs. Augustine Riddell Scott, mother of C. F. Scott, who has made her home with her son here, passed away on Tuesday, September 1.  Burial was arranged in the family lot at Madison, Kansas, former home of the Scott family.