While in Hartford County Ritchey and I visited three cemeteries.  With a 2007 population of 2006, the small town of Hammonville – no ‘d’ or ‘s’ as per the cemetery sign – it is almost impossible to get lost.  Hwy 357 runs through the middle of the town, and the cemetery is located beside Three Forks Bacon Creek Baptist Church, on the right side of the road.  However you must turn right on Hammonville-Jonesville Road to turn in to the cemetery, but it is easily seen from Hwy 357.  There we found gravestones for Jeremiah Lamkin, his wife Sarah Amanda Bomar, his son William Henry Lamkin and wife, Susan A. Highbaugh – and so many more family members.

In 1860 John, Sarah Frances, William and Melissa are still at home.  In 1870 Jeremiah and Sarah share their home with Hazel, 11 – a granddaughter? 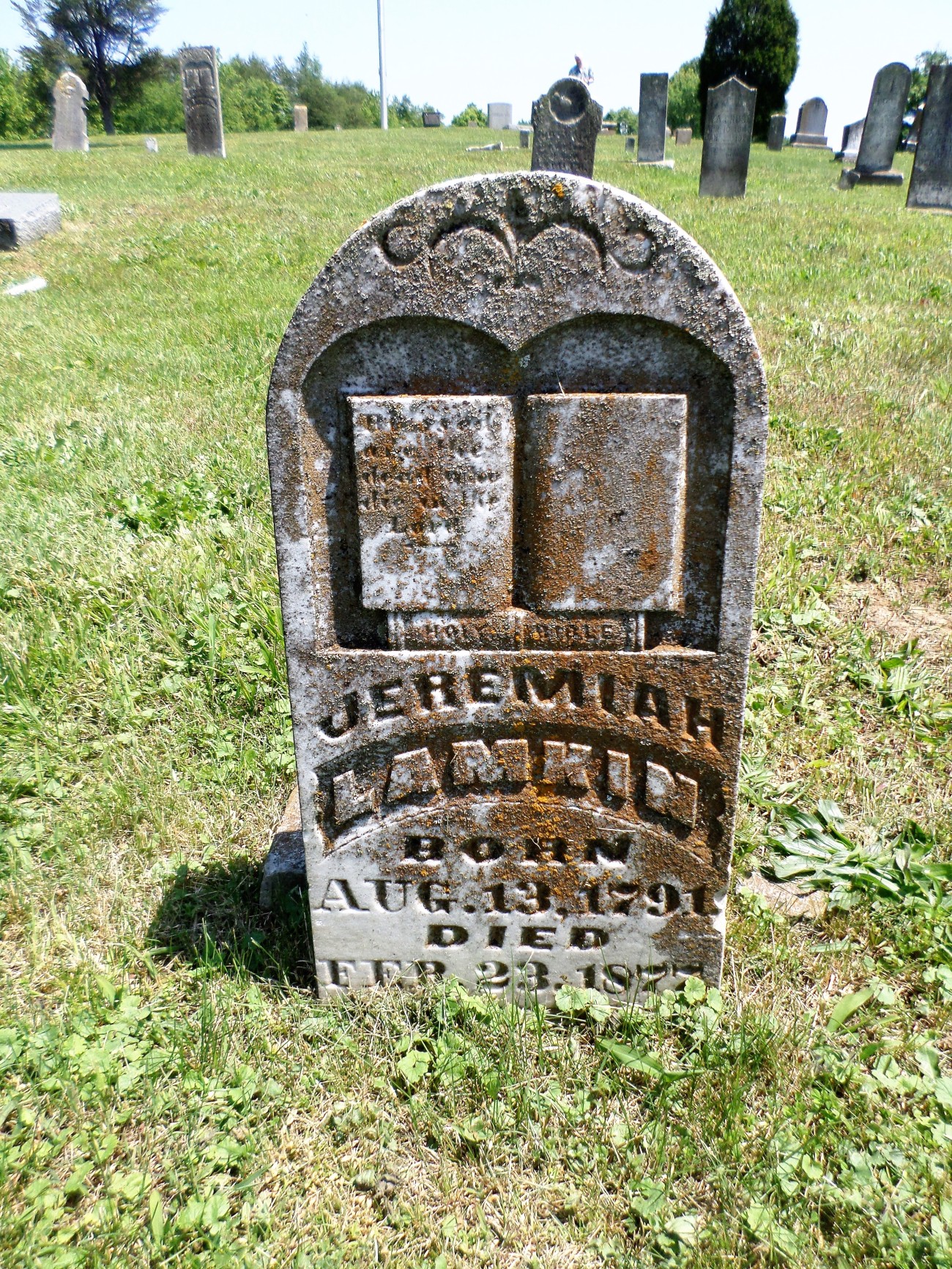 Sarah, wife of Jeremiah Lamkin, born June , 180, died December 14, 1880.  ‘A faithful wife and mother dear, In sweet repose is sleeping here.  Her painful loss we deeply fell, But God can all our sorrows heal.’

A list of the children of Jeremiah Lamkin and Sarah Bomar:

Son William Henry Lamkin married Susanna “Gilly” Ann Highbaugh July 16, 1861, at her mother’s home.  They were 21 and 19 respectively.  Susanna was the daughter of Isaac Highbaugh and Huldah Owen.  In the census for 1870 William and his family live next door to his parents, Jeremiah and Sarah.  His household includes William, 30; Susannah H., 26; son Jeremiah, 6; daughters Martha M., 3, and Huldah H., 1.  Susannah’s mother Huldah Highbaugh, 57, is also living there, husband Isaac Highbaugh passed away twenty years hence.

I thought I’d share this photo to give you an idea how I write my notes – different colored inks help!