Mr. Orval Baylor has again given us information used in today’s blog.  He wrote his articles for The Springfield Sun, Springfield, Washington County, Kentucky.  I have added pages from the books containing the death records that Mr. Baylor cites.

In the State Historical Society archives there are a number of handwritten, handbound books that contain the records of deaths in Washington County about three-quarters of a century ago.  The first book is for the year 1855.  It was prepared by John B. Starr, then clerk of the Washington County Court, and sent to Frankfort as required by law.  The book is interesting aside from the records of death for the year 1855 because it contains numerous short comments set down by the clerk as he entered the names.  We present the first group of names from this book and others will follow in a later issue. 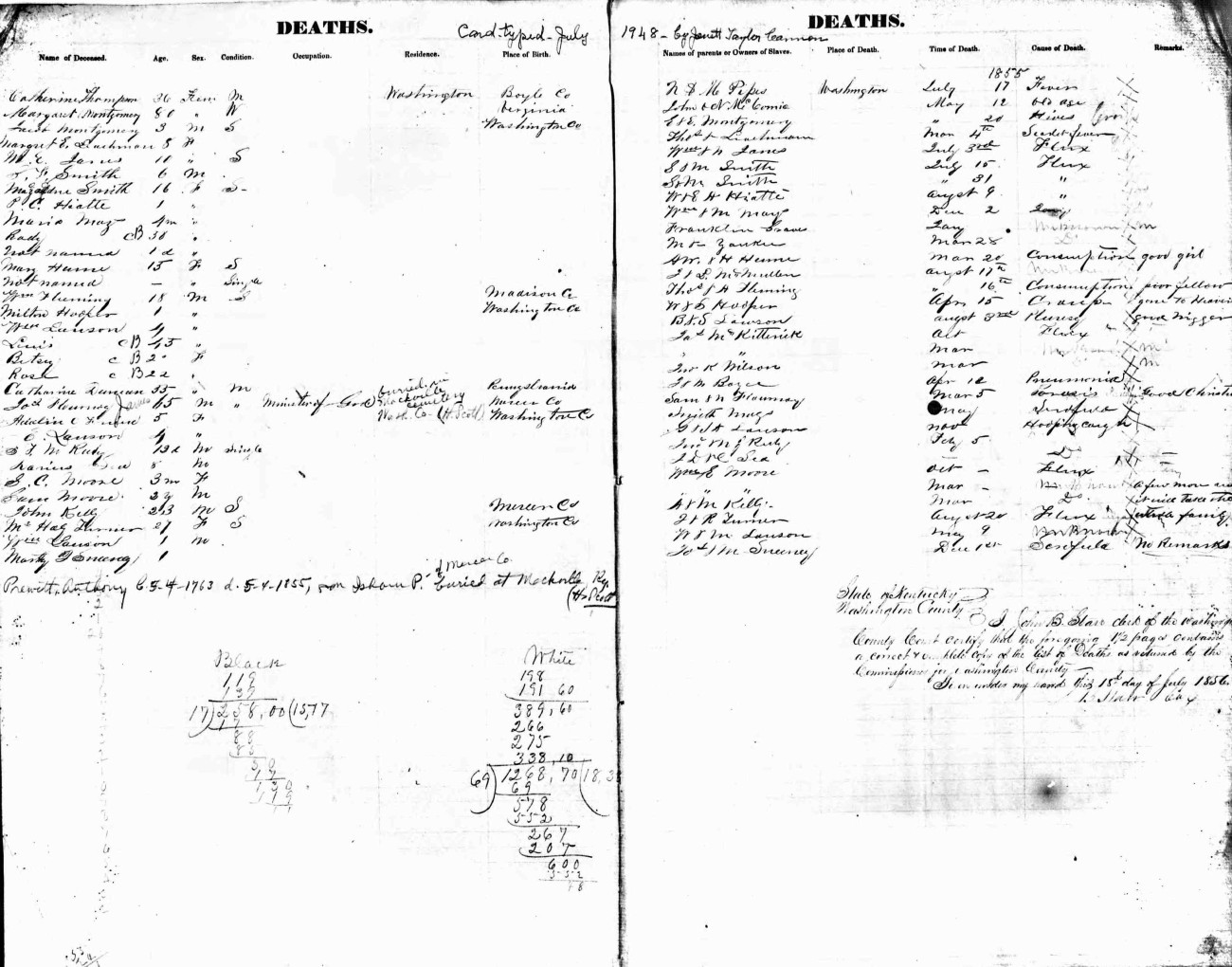 This is the second of a series of death records for Washington County compiled by the Clerk of the Washington County Court approximately three-quarters of a century ago.  The first installment appeared last week.  The records are copied from the originals in the archives of the State Historical Society in Frankfort.

Mattingly, Samuel A., farmer, age 31 years; born Washington County; son of C. & S. Mattingly; died Washington County, September 11; Fever.  *(Thou art gone to rest like the wind of the ocean that dies on the crest of the blue heaving wave.)