By Kentucky Kindred Genealogical Research on June 29, 2012 • ( Leave a comment ) 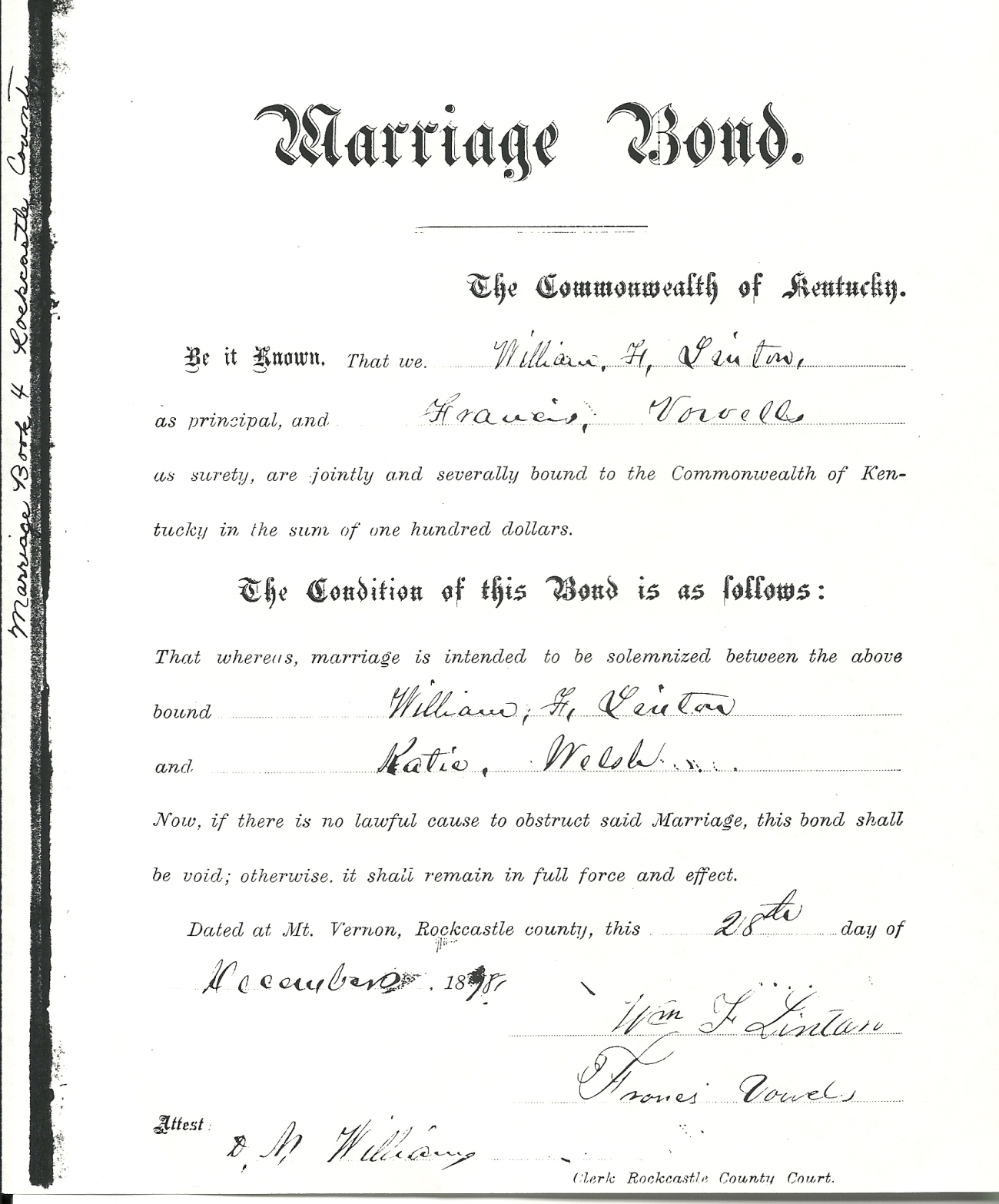 The Commonwealth of Kentucky

Be it Known.  That we, William F. Linton, as principal, and Francis Vowels, as surety, are jointly and severally bound to the Commonwealth of Kentucky in the sum of one hundred dollars.

The Condition of this Bond is as follows:  That whereas, marriage is intended to be solemnized between the above bound William F. Linton and Katie Welsh.  Now, if there is no lawful cause to obstruct said Marriage, this bond shall be void otherwise, it shall remain in full force and effect.

William Franklin Linton was born July 4, 1851, in Nelson County, Kentucky.  He was the son of Moses Filmore Linton and Margaret Willett.  Catherine “Katie” Welsh was born July 13, 1862, in Tennessee.  She was the daughter of Irish immigrants, John Welsh and Sarah Hollard.

In the 1880 census William and Catherine are living with his mother, Margaret Linton, in Nelson County (his father died in 1876).  Shortly thereafter the couple moved to Louisville, Kentucky, where they made their home for the rest of their lives.  William was a grocer.  They had 7 children:  Sally Regina, Margaret Mary, Walter Michael, Annie Elizabeth, James Willett, Richard J. and William George Linton.