The photos I have to share with you today came in a double frame.  On the back was a sticker – Frank J. Bimmerle Picture Frames, 163 Pope Street, Louisville, Kentucky.  And a handwritten note – Sam B. Ong – great-grandfather – J.W.O. 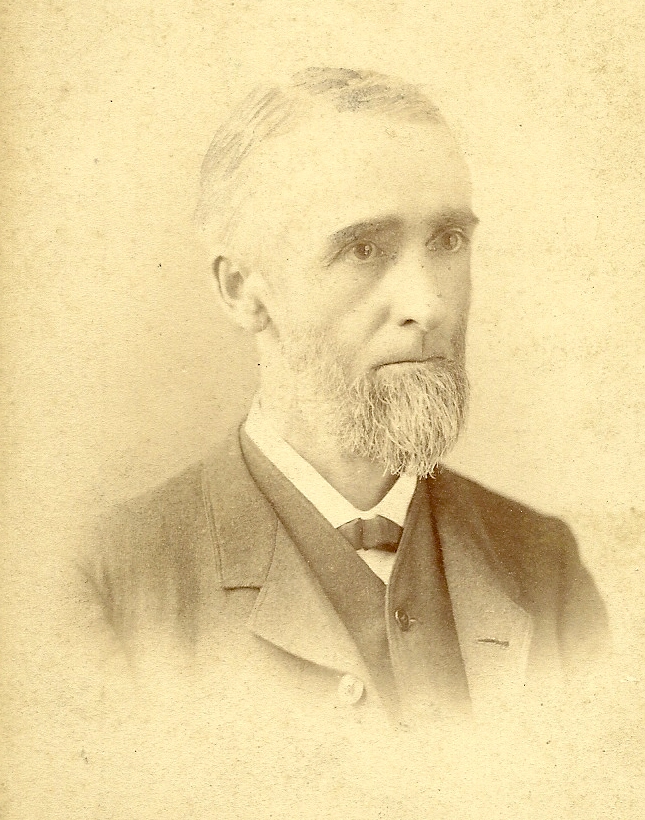 When I took the pictures out of the frame they were two 4.25 X 6.5 photos, taken by C. A. Brownell, The Popular Fifth Street Photographer, 196, between Elm and Plum, Cincinnati, Ohio.  Handwritten on the back was Samuel Ong, Great-Grandfather, and Ong, Great-Grandmother. 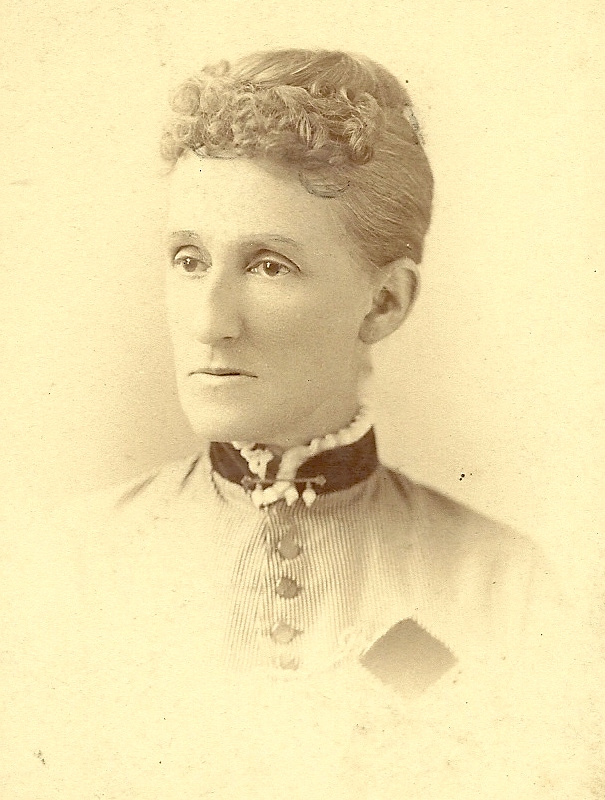 There is no date on the photos, but I would guess the turn of the century – 1900.  Since Ong is an unusual name I felt research could help us understand these two people.  In the 1850 census for Hamilton County, Ohio, there is a Samuel Ong, age 14, living with parents Jesse Ong, 46, born in Pennsylvania, Elizabeth Ong, 44, born in New Jersey.  There is also an Isabella Ong, age 29 – too old to be a child, so I would suspect she is Jesse Ong’s sister.  Children John, 17, William, 16, and Samuel, 14, were born in Pennsylvania.  Mary E., 9, was born in Virginia, Sarah A., 6, born in Ohio, and Richard M., 4, born in Kentucky!

In the 1860 census Samuel Ong, 23, is living in Hamilton County, Ohio, with wife Harriet, 20, and son Willie, 10/12.  Samuel is a harness maker.  Evidently he loved his job since he was still listed as a harness maker in the 1900 census, and each in between.

In 1870 the family is living in Campbell County, Kentucky.  Samuel, as mentioned before, still plying his trade as a harness maker, and there is another son, Ernest C., age 3.

After searching original records I checked the family trees.  I found that Samuel Ong and Harriet Burdsal married September 12, 1858.  They had a daughter, Alazanah (named for her maternal grandmother, Alazanah Durham Burdsal), was born September 25, 1863, and died December 14, 1864.  Son William married Mattie Stout and had three children before dying at the young age of 34 in 1893.  Son Ernest died in 1896 at the young age of 29.  How heartbreaking for these parents to lose all their children!  When I first saw the picture of the mother I thought there was something sad about the eyes – she doesn’t look like a happy woman.  Harriet’s mother died in 1903 and her father, Uriah Burdsal, early in 1904.  Perhaps after losing so many family member she just gave up.  Harried died September 24, 1904.  Samuel lasted until December 30, 1906.

William was the only son to have children.  He had three sons, Carleton, William Burton, Jr., and Eugene – one of them had a son – the J. W. Ong mentioned at the beginning of this post.  How interesting to find who that might be!