By Kentucky Kindred Genealogical Research on February 17, 2013 • ( Leave a comment ) 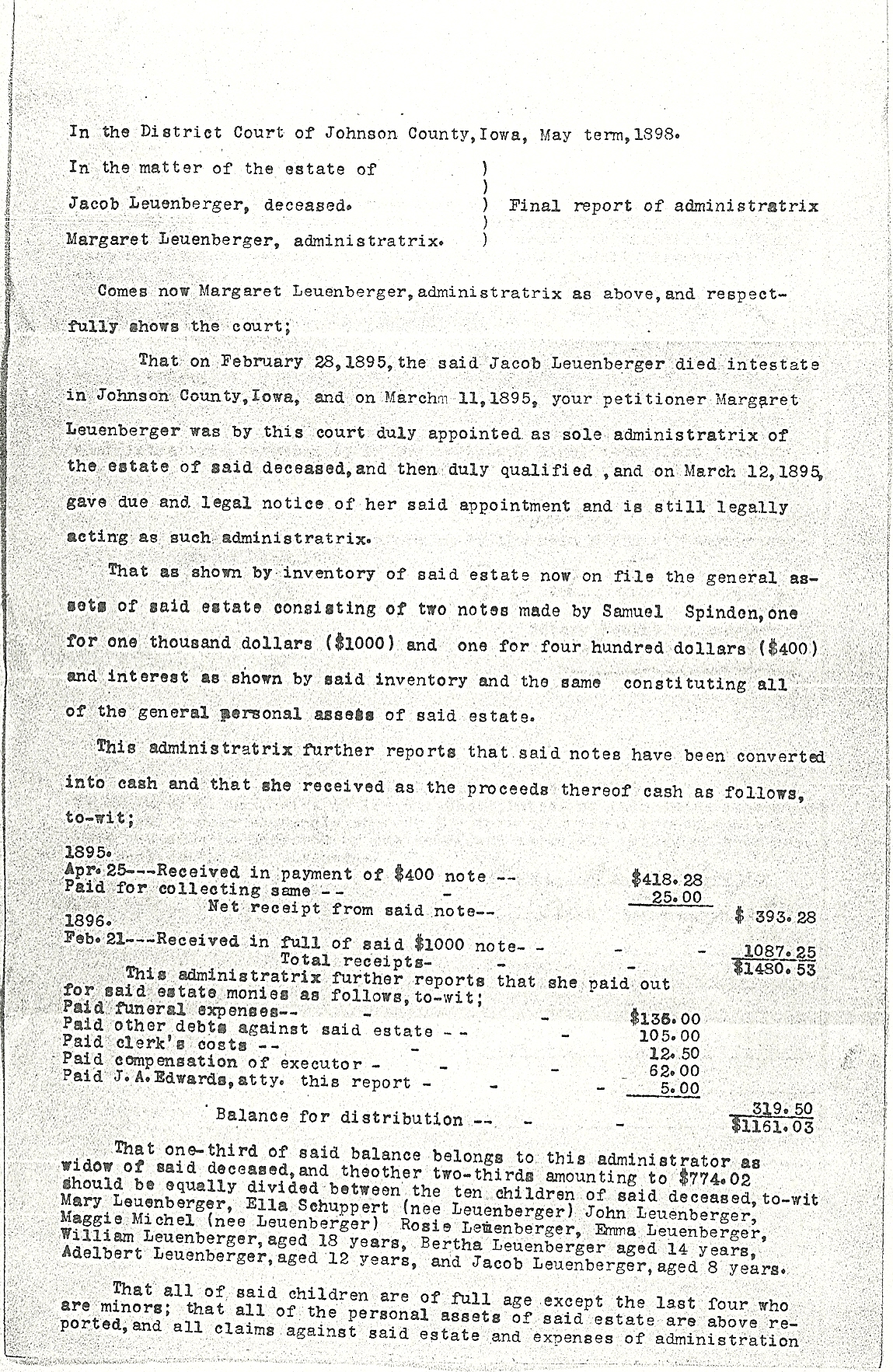 Jacob Leuenberger and Margareth Streich are Ritchey’s great-great-grandparents.  Jacob was born in Durrenroth, Bern, Switzerland, in 1829.  Margareth was born in Switzerland August 7, 1845.  They married May 27, 1869, in Johnson County, Iowa.  Jacob died in 1895, and Margareth was his administratrix.  According to these papers filed in the Johnson County courthouse, there were ten children listed, along with Margareth, their mother, as heirs-at-law:  Mary, Ella, John, Maggie (named for her mother, I’m sure), Rosie, Emma, William, Bertha, Adelbert and Jacob.  Rosie (Rosa) was Ritchey’s great-grandmother.  She married George Edwin Hertz September 28, 1898.

Note that in the document she is referred to as Margaret Leuenberger, but she signs her name ‘Margareth’ Leuenberger.

In the District Court of Johnson County, Iowa, May term,1898.

Comes now Margaret Leuenberger, administratrix as above, and respectfully shows the court:

That on February 28, 1895, the said Jacob Leuenberger died intestate in Johnson County, Iowa, and on March 11, 1895, your petitioner, Margaret Leuenberger, was by this court duly appointed as sole administratrix of the estate of said deceased, and then duly qualified, and on March 12, 1895, gave due and legal notice of her said appointment and is still legally acting as such administratrix.

This administratrix further reports that said notes have been converted into cash and that she received as the proceeds thereof cash as follows, to-wit:

This administratrix further reports that she paid out for said estate monies as follows, to-wit:

That all of said children are of full age except the last four who are minors; that all of the personal assets of said estate are above reported, and all claims against said estate and expenses of administration have been paid in full. 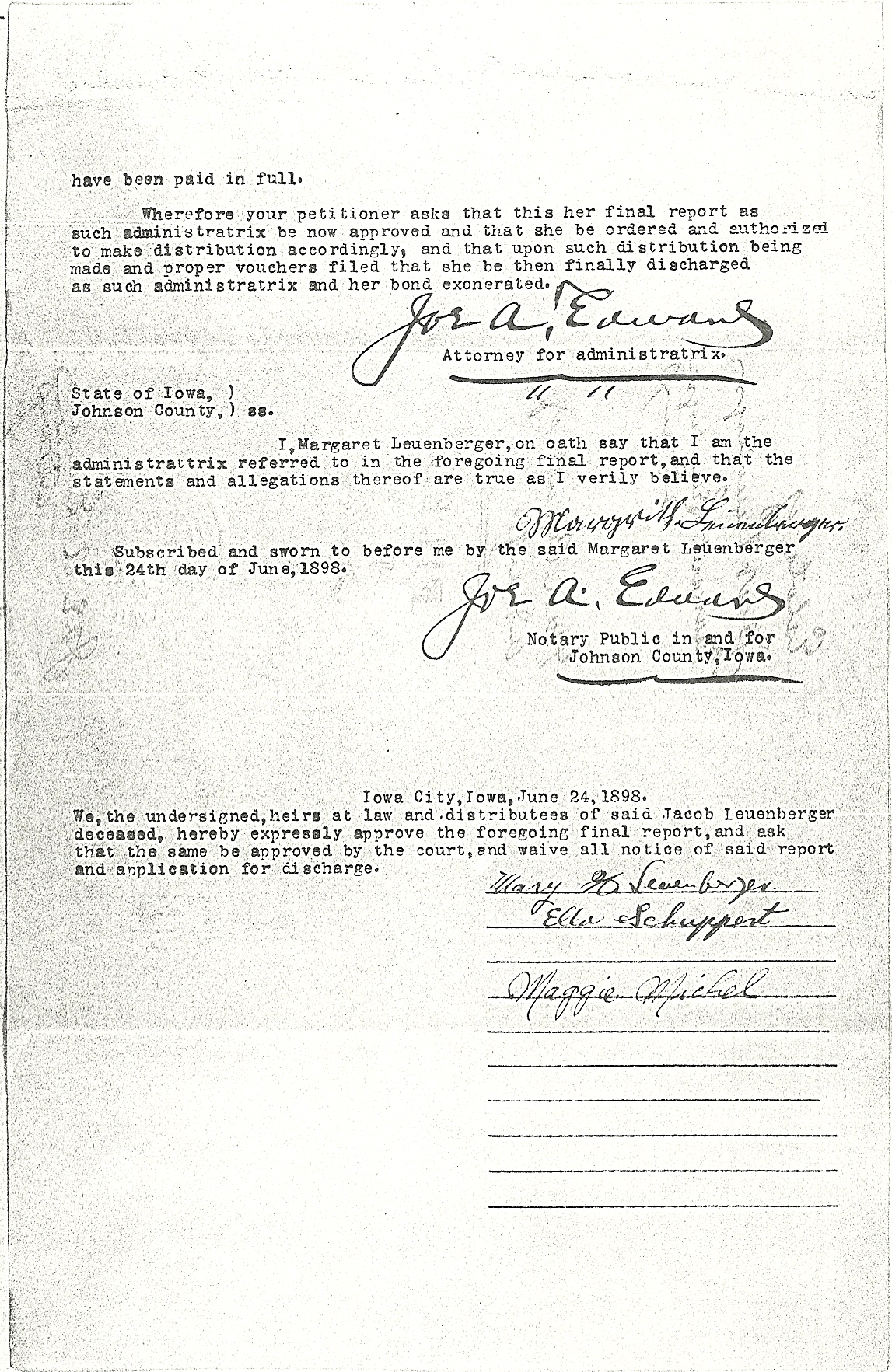 Joseph A. Edwards, Attorney for Administratrix

I, Margaret Leuenberger, on oath say that I am the administratrix referred to in the foregoing final report, and that the statements and allegations thereof are true as I verily believe.

Subscribed and sworn to before me by the said Margaret Leuenberger, this 24th day of June, 1898.

Joseph A. Edwards, Notary Public in and for Johnson County, Iowa

We, the undersigned heirs at law and distributees of said Jacob Leuenberger, deceased, hereby expressly approve the foregoing final report, and ask that the same be approved by the court, and waive all notice of said report and application for discharge.