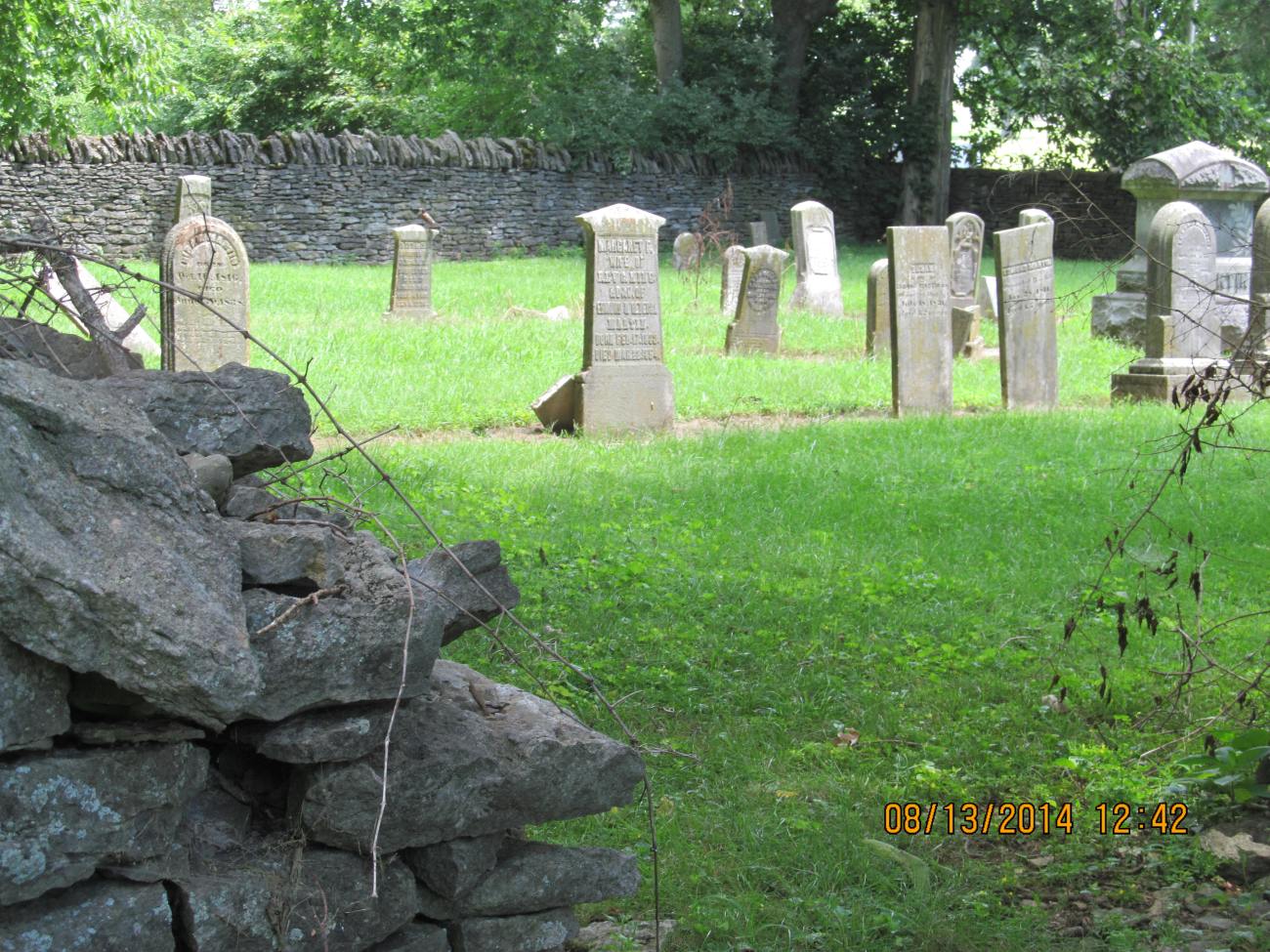 The Old Millersburg Cemetery is located on US68 just over the line from Bourbon to Nicholas County.  I’ve written about this cemetery several times because it is so unusual, and one of my favorites!  As you can see from the above photo the original cemetery was surrounded by a rock wall, with the entrance from the road, as seen below.  At some point this part of the rock wall was opened to allow more burials.  From the above photo you can see the Martin family buried in the first row, with the rounded stone to the left belonging to Hiram Martin

Edmund Martin was a Revolutionary War soldier.  He served as a private in the Sussex County, New Jersey, militia receiving certificate #577, dated May 1, 1784.  In yesterday’s post of his will, we learned at his death he had four sons, Edmund, Micajah, Jeremiah and Elijah, and four daughters Nancy Aultic, Rachel Rees, Milly Bland and Hannah Porter.  One daughter was deceased at that time since he left land to his son-in-law Eli Huron.

Daughter Margaret was so young when she died, 21 years of age.  Perhaps she died during childbirth.

Hiram was the eldest son of Edmund and Rebecca.  He, too, died at a very young age, 21.  Notice his footstone leaning on his grave marker.

Jeremiah John Martin, son of Edmund and Rebecca, was named for his uncle.

Nancy was the wife of Jeremiah John Martin.

Thus is the story of a family by the name of Martin, who fought in the Revolutionary War, and eventually moved their family from Sussex County, New Jersey to Nicholas County, Kentucky.  A similar story that was played out by many families during the early years of our country!  Does anyone have more information on this family?