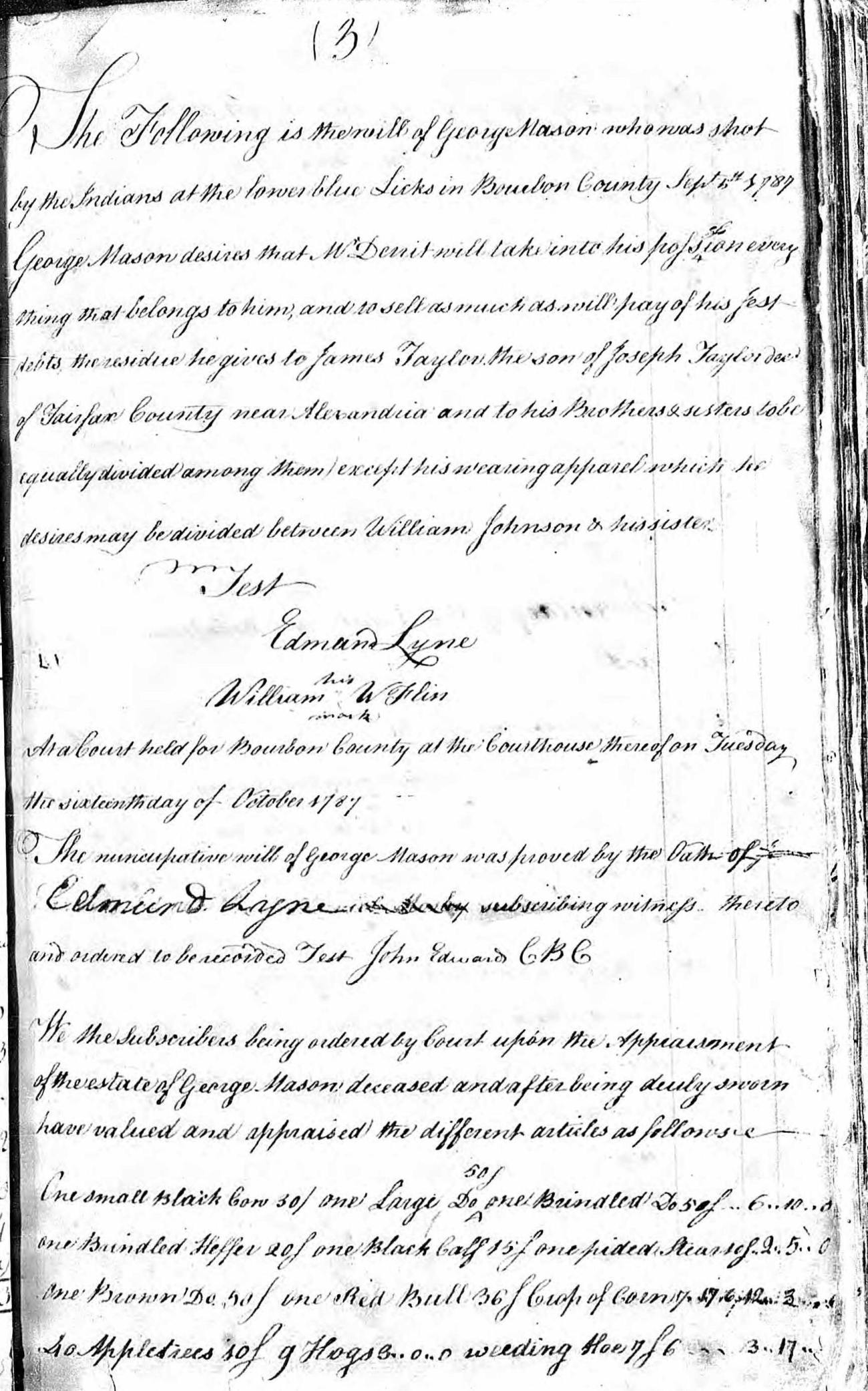 Bourbon County Will Book A, Page 3-4

The following is the will of George Mason who was shot by the Indians at the lower Blue Licks in Bourbon County, September 5, 1787.  George Mason desires that William Derrit will take into his profession everything that belongs to him and to sell as much as will pay of his just debts, the residue he gives to James Taylor, the son of Joseph Taylor, deceased, of Fairfax County [Virginia] near Alexandria and to his brothers and sisters to be equally divided among them except his wearing apparel, which he desires may be divided between William Johnson and his sister.

At a Court held for Bourbon County at the Courthouse thereof on Tuesday, the sixteenth day of October 1787.

The nuncupative will of George Mason was proved by the oath of Edmund Lyne subscribing witness thereto and ordered to be recorded.  Test.  John Edwards, CBC

We the subscribers being ordered by Court upon the appraisement of the estate of George Mason, deceased, and after being duly sworn have valued and appraised the different articles as follows –

Given under our hands this 15th day of November 1787.  Jarrot Menifee, Joseph Robinson, George Ruddell. 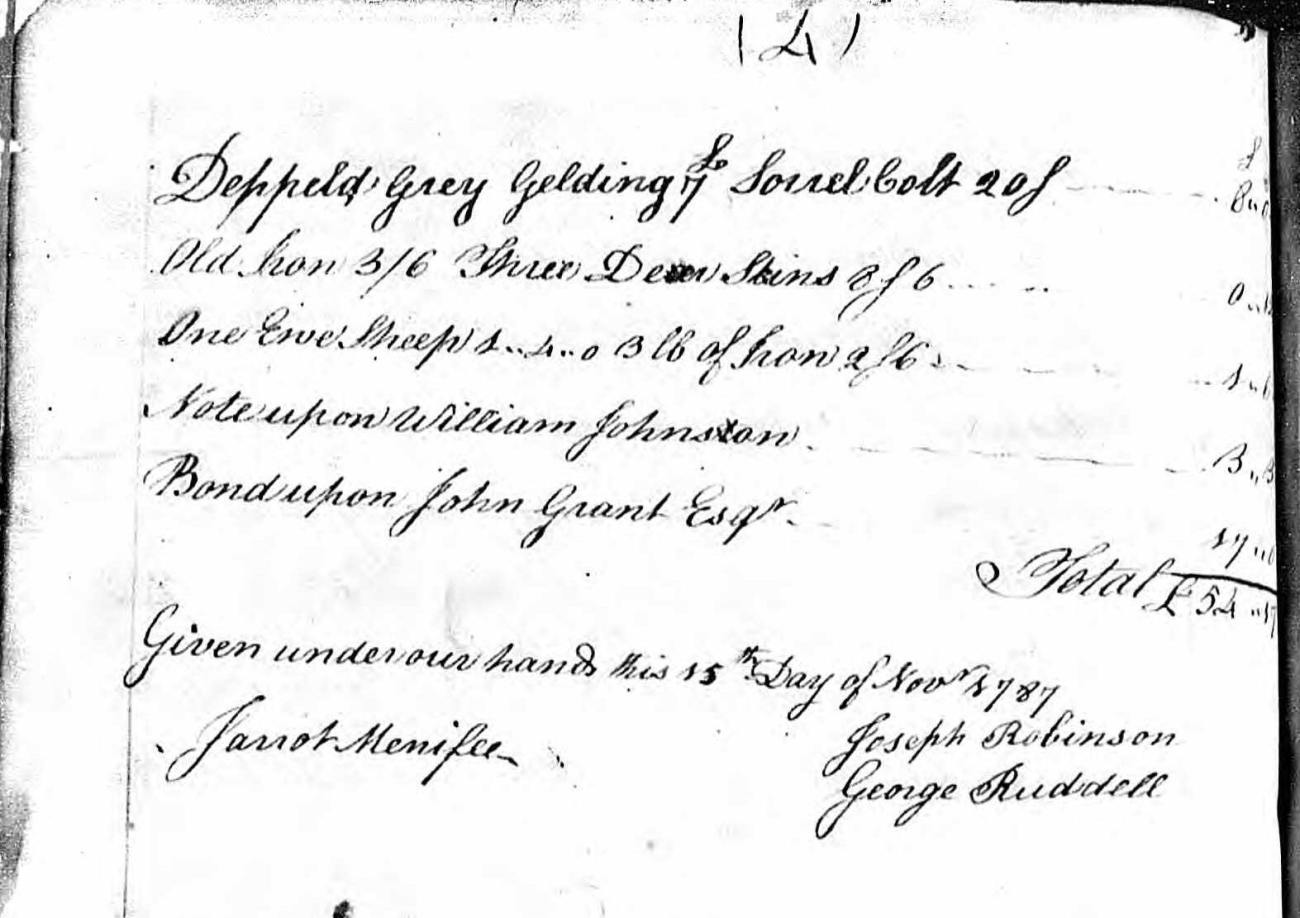