By Kentucky Kindred Genealogical Research on August 20, 2017 • ( Leave a comment )

A year or so ago Ritchey and I visited three small cemeteries in Ottenheim, Kentucky.  Ottenheim is a small town in rural Lincoln County settled by German and Swiss immigrants.  There is the German Reform Church Cemetery, the Lutheran Church Cemetery and St. Sylvester Catholic Church Cemetery.  I believe at one time Ottenheim was a bustling little town and community, but today you could drive through without realizing you missed it!

Today I want to share with you information about the Abt family – August Abt and Louise Fabry – and some of the photos we took in St. Sylvester Cemetery.

At home, with a little research, I’ve found much more about this immigrants to Lincoln County.  Louise Fabry came from Germany with her parents and siblings in 1886, leaving from the port of Le Harve, France, on the steamship St. Laurent.  They arrived in New York on March 18, 1886.  Included in the family were the parents – Pierre, 50, and Madeline, 42.  The children were Michael, 17; Pierre, 11; Louise, 7; Emile, 3; and Marie, 1.  The family came to Kentucky and settled in the little town of Ottenheim.

According to the census records August Abt and his family came from the Aargau Canton, Rottenschwil, Switzerland, in 1884.  His parents, Leonz Plezidus Abt and Verena Huber, were both from the Aargau Canton of Switzerland – he from the town of Rottenschwil and she from Unterlunkhofen – about a twenty-five-minute walk from each other.  Leonz and Verena married February 15, 1863.  They had eight children – Kaspar, August, Maria, Joseph, Johann, Adolf, Anna and Joseph.

Unfortunately, a terrible accident took place on August 30, 1918.  Louise caught her fingers in the gear of a fruit press.  She died six days later of lock-jaw, a form of blood poisoning.  What a sorrow for the family.  Elfredia was only six.

Daughter Cecelia died at the young age of of 23.  I believe there must be a mistake for her birth year on her gravestone.  She was ten in the 1910 census, and 19 in the 1920 census.  Cecelia must have been older than the seventeen years it shows on her stone. 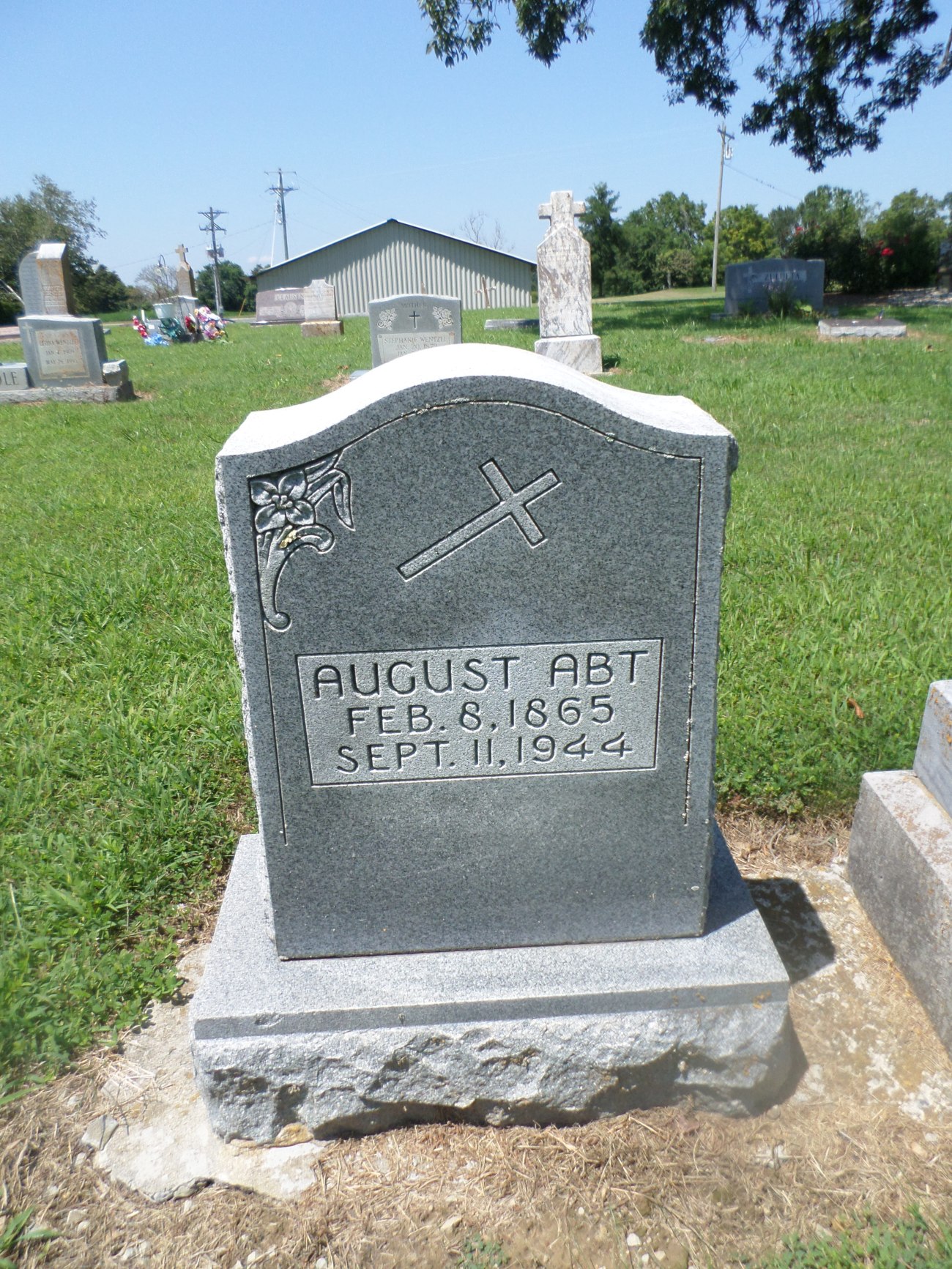 Four years later August Abt married Wilhelmine ‘Minnie’ Jedamzik.  She also had children from a previous marriage.  They lived happily together until August’s death on September 11, 1944. 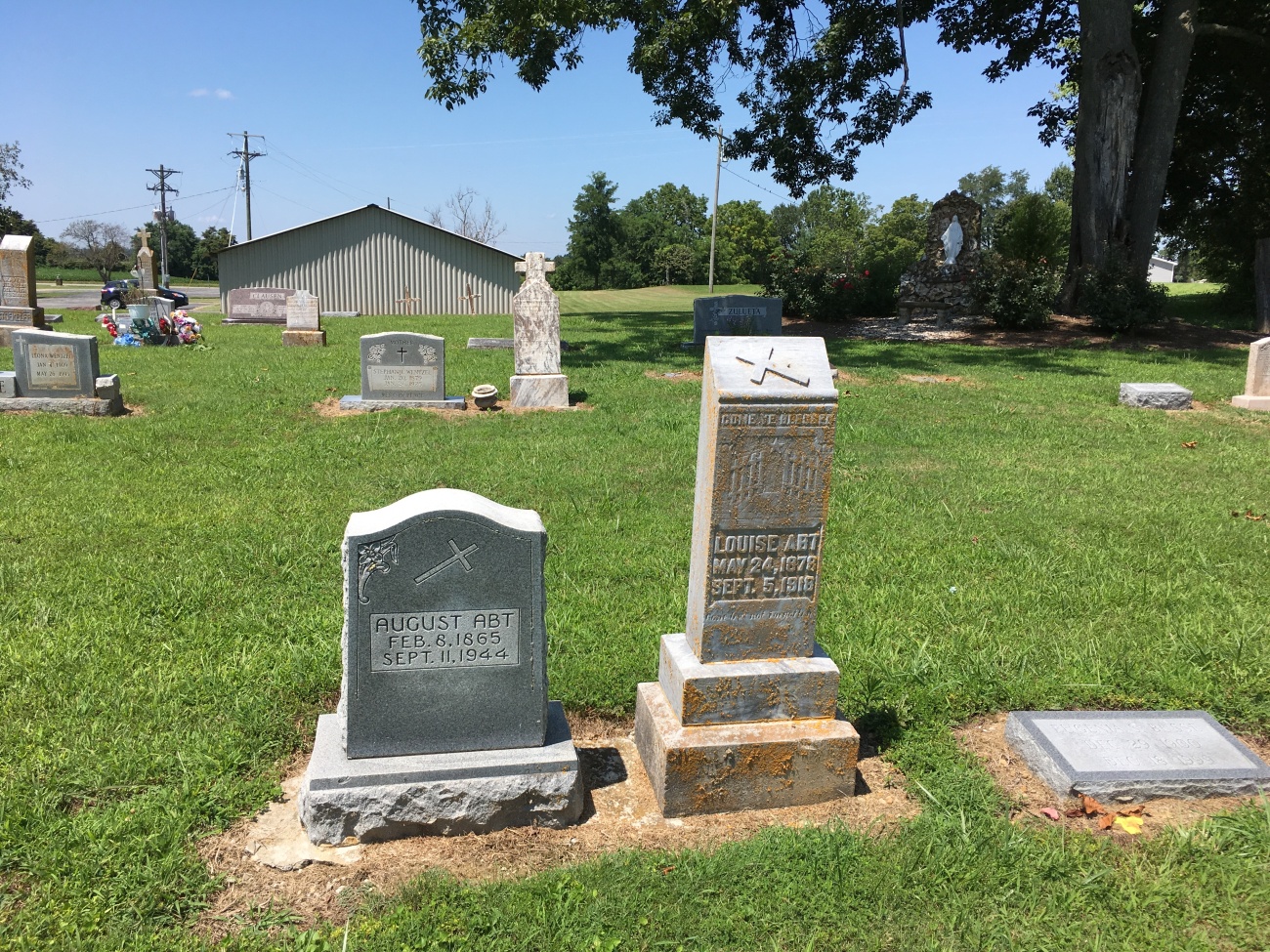