By Kentucky Kindred Genealogical Research on September 2, 2017 • ( Leave a comment )

October 13, 1833, a marriage bond was written for George Holt and Easter Royalty in Mercer County, Kentucky.  Consents were written by both mothers – Hannah Holt and Elizabeth Royalty. 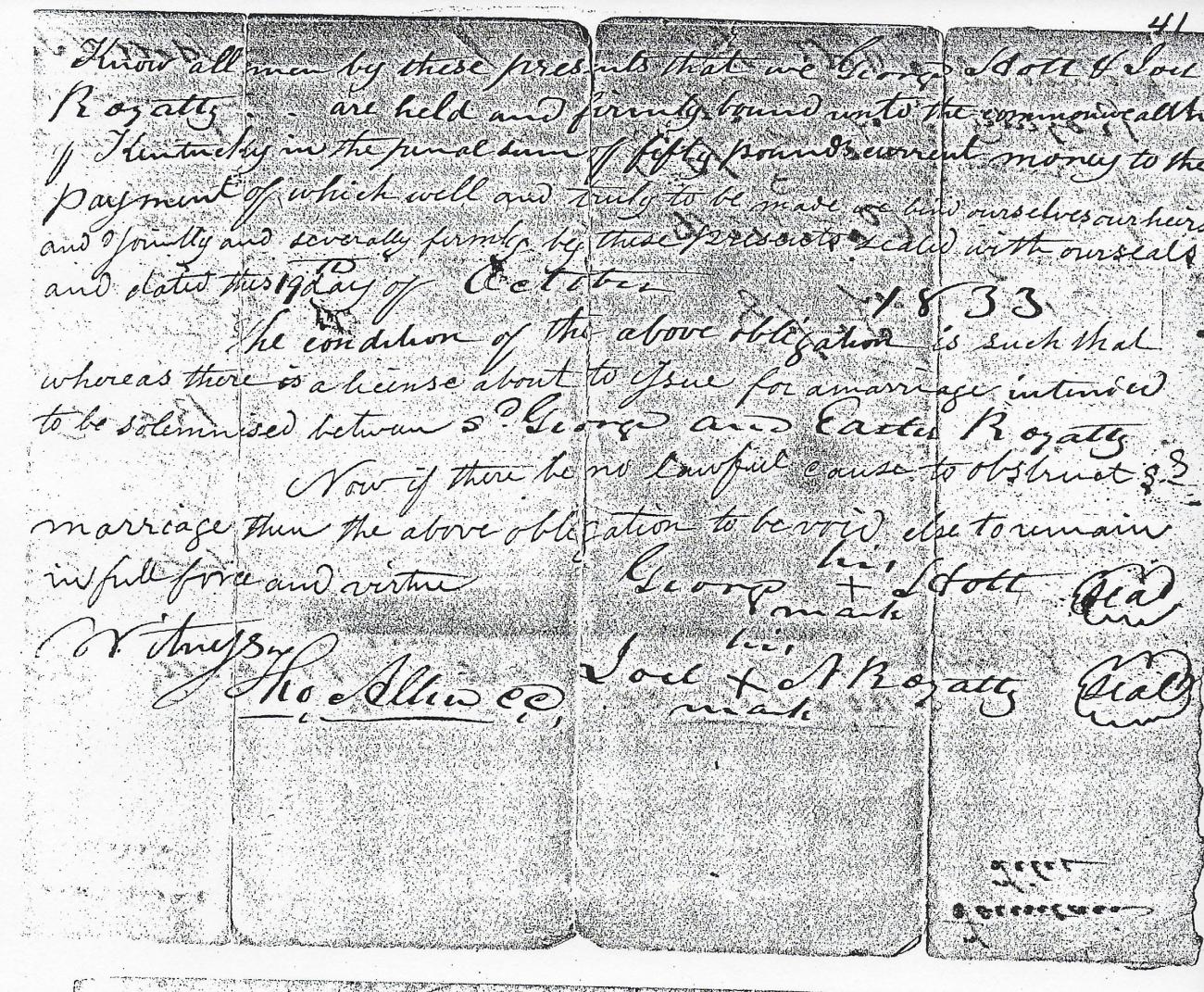 Know all men by these presents that we, George Holt and Joel Royalty, are held and firmly bound unto the Commonwealth of Kentucky in the penal sum of fifty pounds current money, to the payment of which well and truly to be made, we bind ourselves, our heirs, jointly and severally, firmly by these presents, sealed with our seals and dated this 19th day of October 1833.

The condition of the above obligation is such that whereas there is a license about to issue for a marriage intended to be solemnized between said George Holt and Easter Royalty.

Now if there be no lawful cause to obstruct said marriage then the above obligation to be void, else to remain in full force and virtue.

This is to certify that I have no objections against my son, George Holt, marrying to Easter Ann Royalty.  Also this is to authorize you to issue a marriage license for the purpose of their marrying.  Given under my hand this 18th day of October 1833. 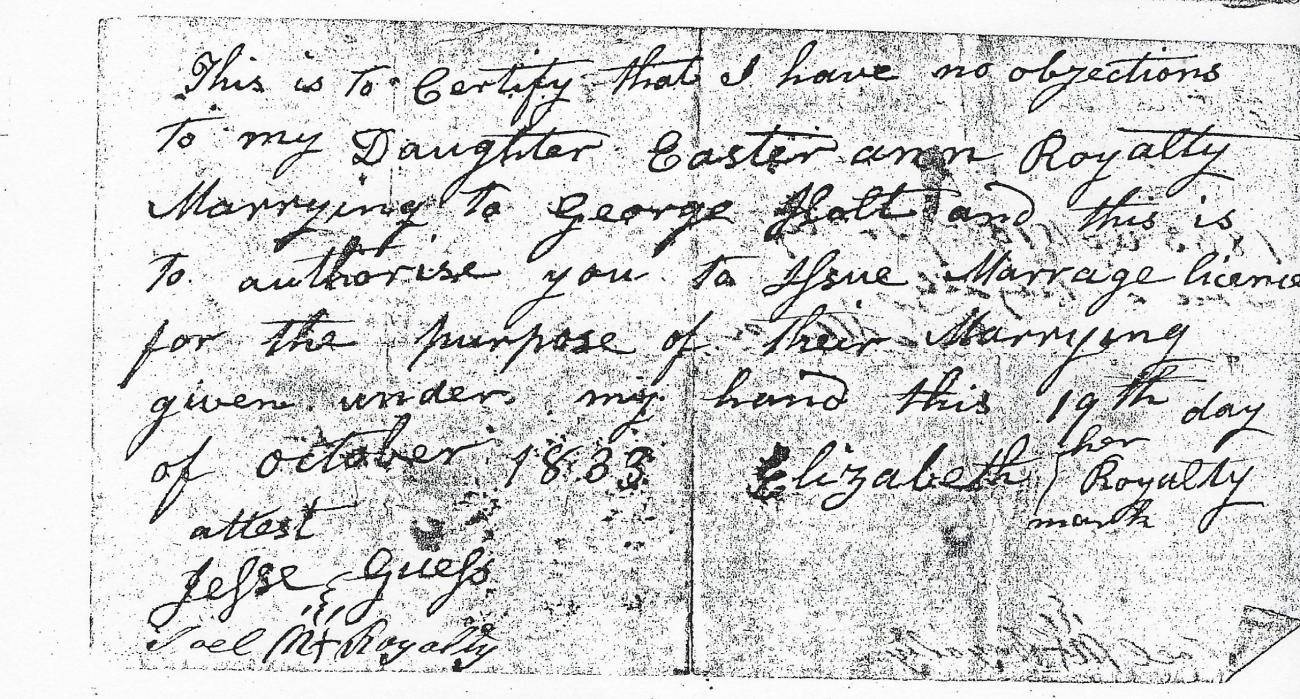 This is to certify that I have no objections to my daughter, Easter Ann Royalty, marrying to George Holt, and this is to authorize you to issue a marriage license for the purpose of their marrying, given under my hand this 19th day of October 1833.