By Kentucky Kindred Genealogical Research on January 13, 2018 • ( Leave a comment ) 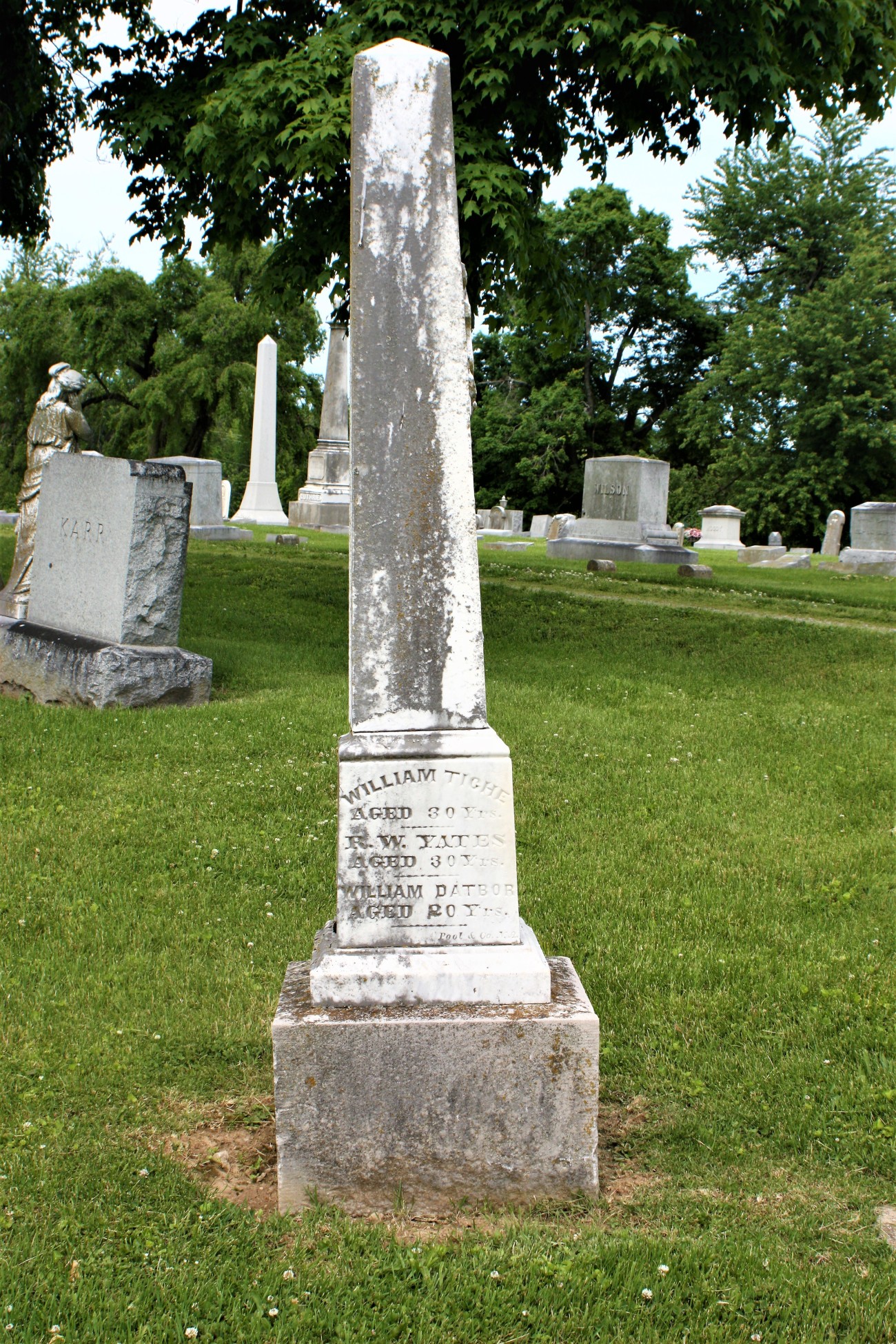 In the cemetery, of the small town of Eminence, Kentucky, stands a monument to three Confederate soldiers.  These men were not killed during battle, but were murdered due to the orders of Brevet Major General Stephen Gano Burbridge – also known as the ‘Butcher of Kentucky’.

During the Civil War Stephen Burbridge was Kentucky’s most controversial military commander.  After serving as colonel during the early part of the war, in 1864 he returned to Kentucky where he fought against Confederate raiders, including John Hunt Morgan.  At that time he was placed in command in Kentucky, but his harsh tactics won him no friends and many enemies.  In July 1864 he issued Order No. 59 which included ‘Wherever an unarmed Union citizen is murdered, four guerrillas will be selected from the prisoners in the hands of the military authorities and publicly shot to death in the most convenient place near the scene of the outrage.’ 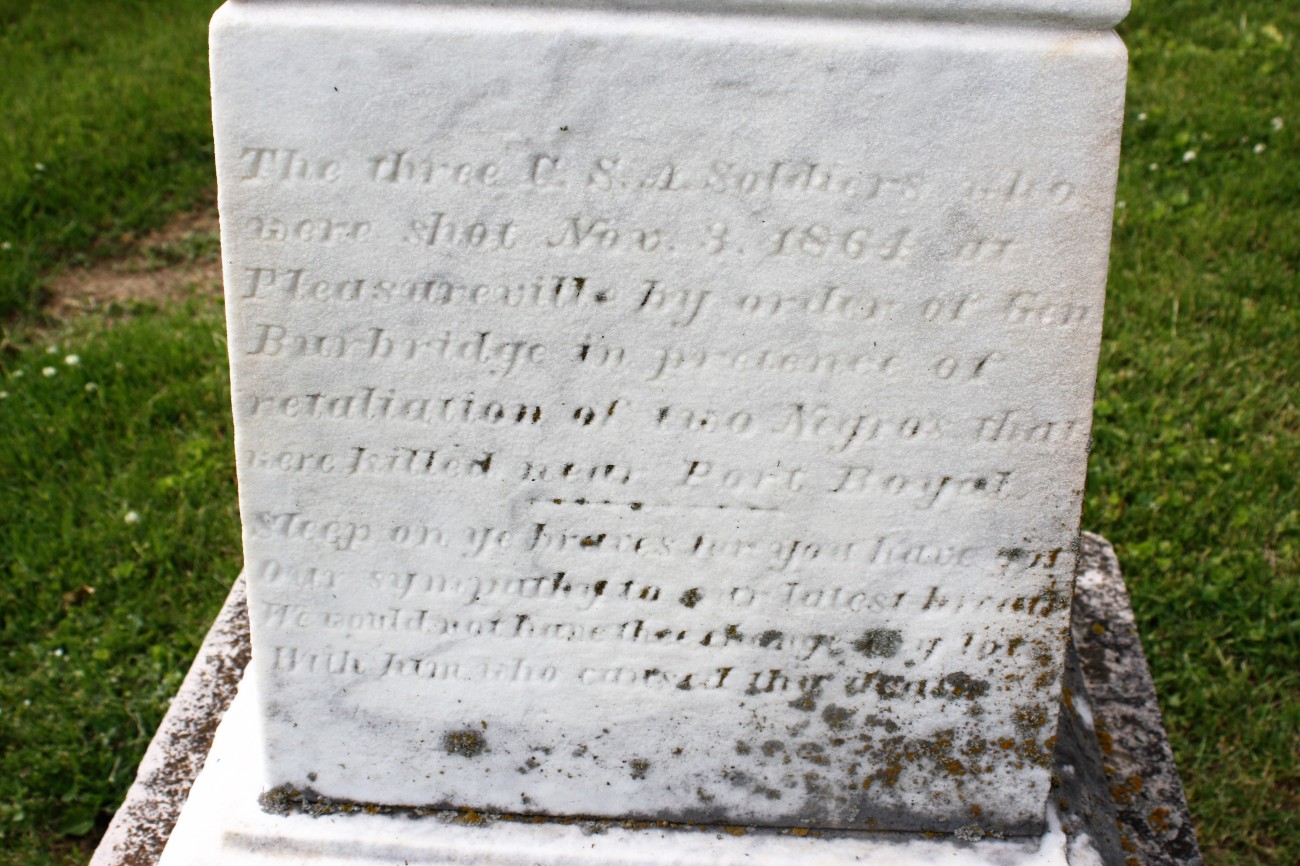 The three CSA soldiers who were shot November 3, 1864, at Pleasureville by order of Gen. Burbridge in pretense of retaliation of two Negroes that were killed near Port Royal.  ‘Sleep on ye braves for you have got our sympathy to our latest breath.  We would not have thee buried on a lot with him who caused they death.’

On August 12, 1864, four guerrillas were taken from the city of Eminence to some point in the Henry County, and were shot.  On November 3, 1864, four more were sent from Lexington to Pleasureville (a small town in Henry County) to be executed.  Sixteen hours after the execution their bodies were still lying on the floor of the depot where they were shot.  A few hours later three of these men were buried in Eminence Cemetery – William Tighe, R. W. Yates and William Darbro – the fourth man, William Long, was buried in Maysville by his family.

The executions were carried out by Co. C. 54th Reg. Infantry, led by Captain Emzy W. Easley.  Captain Easley was to execute four more Confederates about January 15th for the killing of Preston Sparks, and three more on February 2.  ‘I was heartsick over the task assigned me, and would rather have gone into battle against any force than execute those men.  Just one hour before the time set, I received a telegram signed by Abraham Lincoln.  It ordered the execution of Waller deferred, and that he be sent back to Lexington until further orders.  When I saw the contents of the message at first glance I was so overjoyed that I thought it referred to all of the men.  I did not read it again, but sent back all three – the execution thus delayed never took place, and in a few months the war was over.’  Three lives were saved that day, although only one man was to be sent to Lexington.  Captain Easley didn’t read the telegram carefully and assumed all men were reprieved.

Burbridge also directed the imprisonment and execution of numerous people in the state, including public figures, charging them with treason and other high crimes, many of which were falsely charged

Brevet Maj. Gen Stephen Burbridge quickly lost support of Kentuckians due to his harsh measures and was replaced in February 1865, and at the end of the war he moved to New York.

The lives of four men and their families were forever changed that day in November 1864.  William Darbro had a wife, Mary Ann Bruce, and three babies – Permelia, Catherine and John, all under the age of four.  R. W. Yates was a resident of Hart County and William Tighe of Grant County.

This Confederate Soldiers Martyrs Monument was placed on the National Register of Historic Places July 17, 1997. 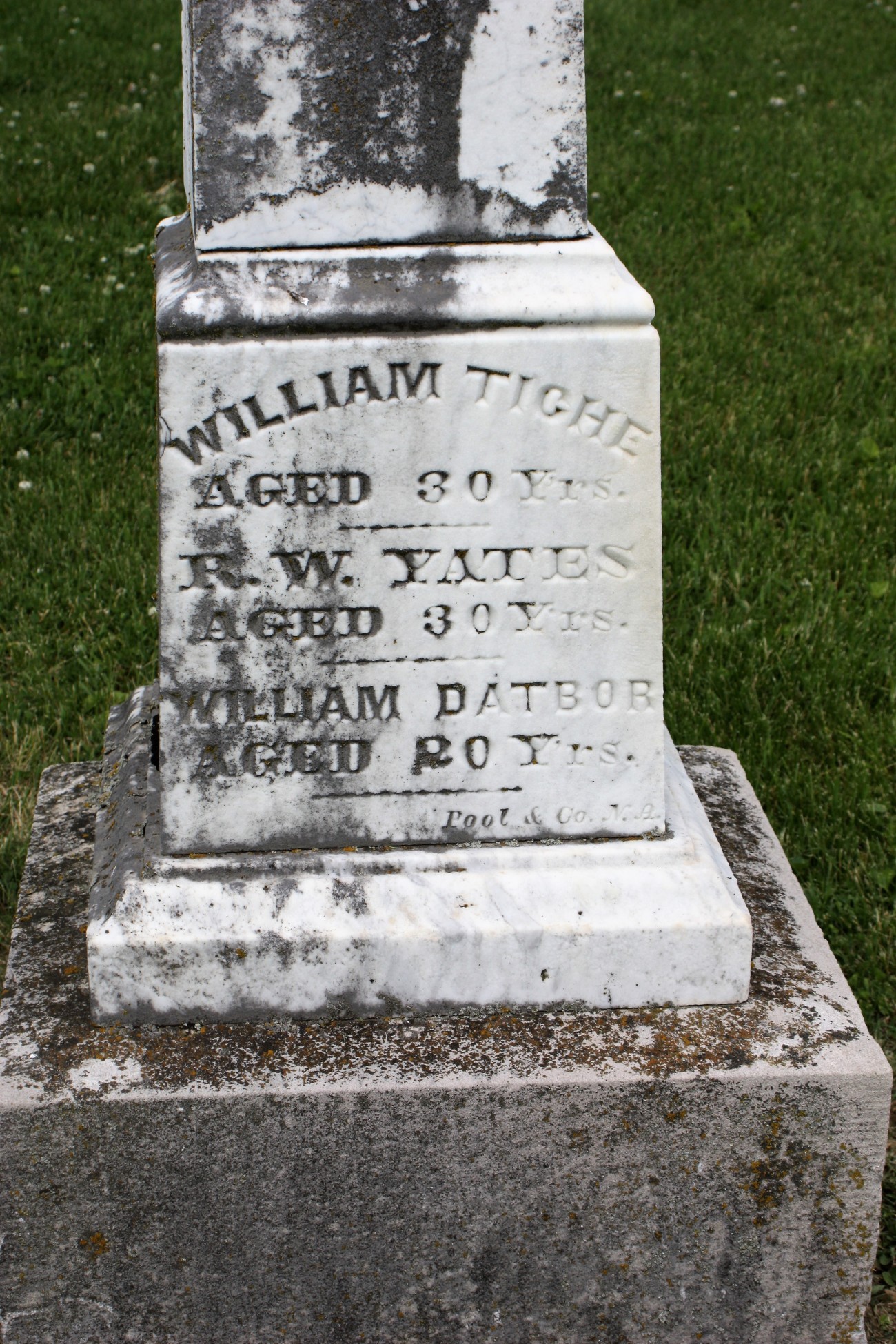