According to his death certificate, Harvey David Wade was born in Allen County, Kentucky, February 17, 1836, and died September 22, 1911, due to heart problems.  Harvey and his family are buried in the Wade plot in Green Lawn Cemetery in Franklin, Simpson County, Kentucky.  His death certificate gives us little other information.  Both mother and father are listed as unknown.

Let’s move further back in time to see what we can discover.  In the 1860 census, Henry David Wade (H. D.) is living in Newton County, Missouri, with Henry Wade, aged 40, and Martha Wade, 38, with their six children.  Henry was born in Kentucky, Martha in Tennessee.  Remember that Simpson County is located on the Tennessee border.  The four older children were born in Kentucky.  Amanda, age 6, was born in Missouri, as well as younger sister, Eliza.  From Amanda’s date of birth of 1854, and her brother Henry’s birth in Kentucky in 1851, we can surmise the family moved to Missouri between those two dates – 1852-1854.  Next listed in the census record as living with the Wade family is Franklin Keath, 22, a farm laborer born in Georgia.  The last person living with the family is H. D. Wade, 23, a school teacher, born in Kentucky.  Some researchers believe Henry and Martha to be Harvey’s parents, but I do not.  If Harvey were their son the couple would have married very young, Martha being approximately 15 when Harvey was born.  Another consideration is the fact he is listed last in the census record, after a farm laborer.  If he were the first-born son he would have been named after his parents, not last in line.  I feel Henry was either an uncle, or an older brother, of Harvey.  But this gives a good reason for Harvey to have enlisted in the Confederate States Army in Newton County, Missouri.

This service record for H. D. Wade shows he is listed as an Ordinance Sergeant.  Since he dealt with weapons and ammunition he would have been a very valuable person within the regiment.

And from this record we find that H. D. Wade was on the roll of prisoners of war – ‘Company F, 8th Regiment Missouri Infantry, Confederate States Army, commanded by 2d Lieutenant Paul F. Peete, surrendered at New Orleans, Louisiana, to Maj. Gen. E. R. S. Canby, U.S.A., May 26, 1865, and paroled at Alexandria, June 7, 1865.  The date May 26, 1865 is significant since it was after Lee’s surrender.  Notice that his residence is given as Simpson County, Kentucky.

After the war Harvey Wade married Mary Neely, but she died within a year or two.  Could this have been during childbirth?

After the death of his first wife Harvey married Pauline Mahin.

They were the parents of three children.

All three died at less than eight years of age. 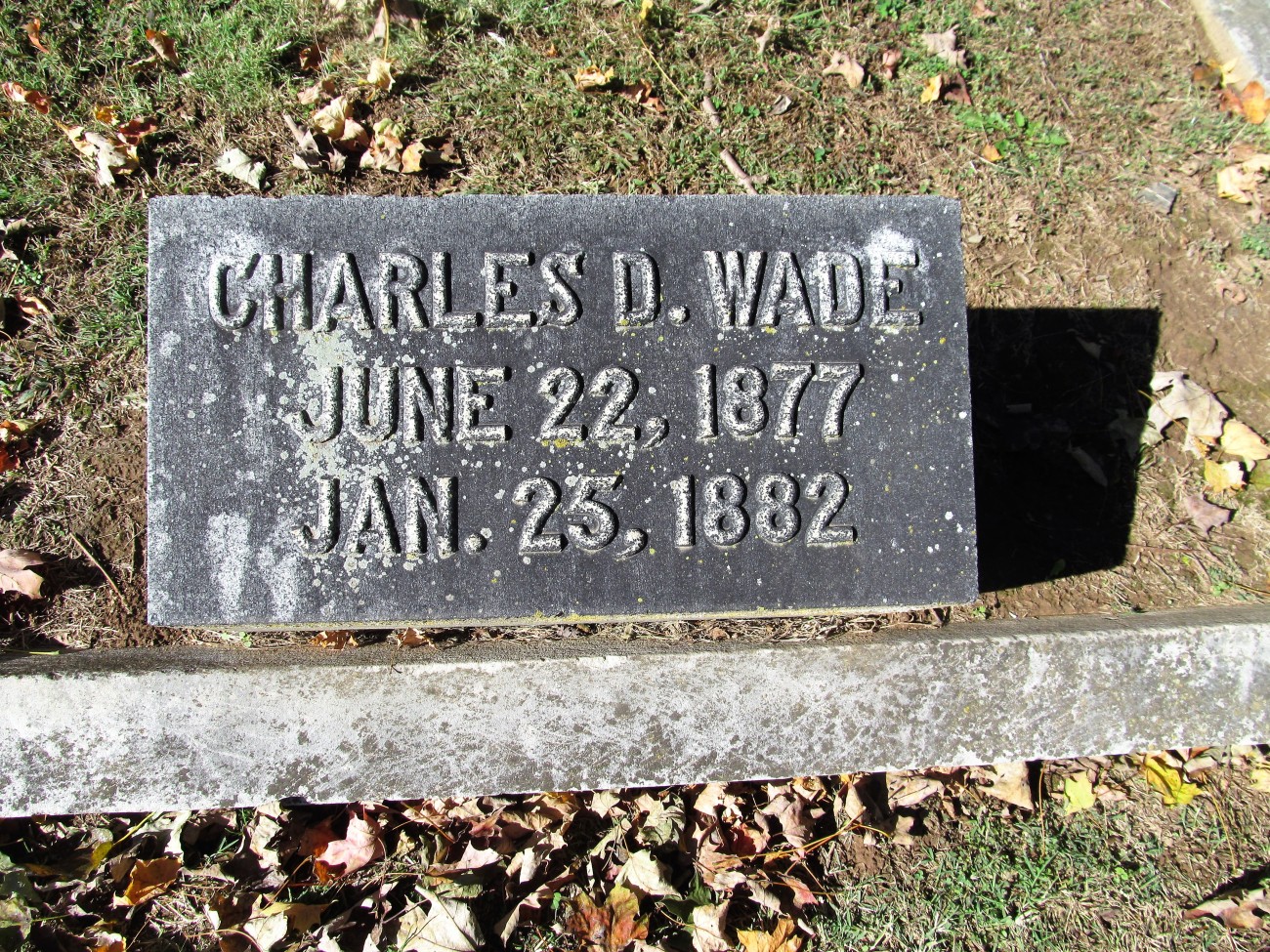 Harvey David Wade is buried between his two wives, his children beside their mother Pauline.