By Kentucky Kindred Genealogical Research on October 29, 2018 • ( Leave a comment ) 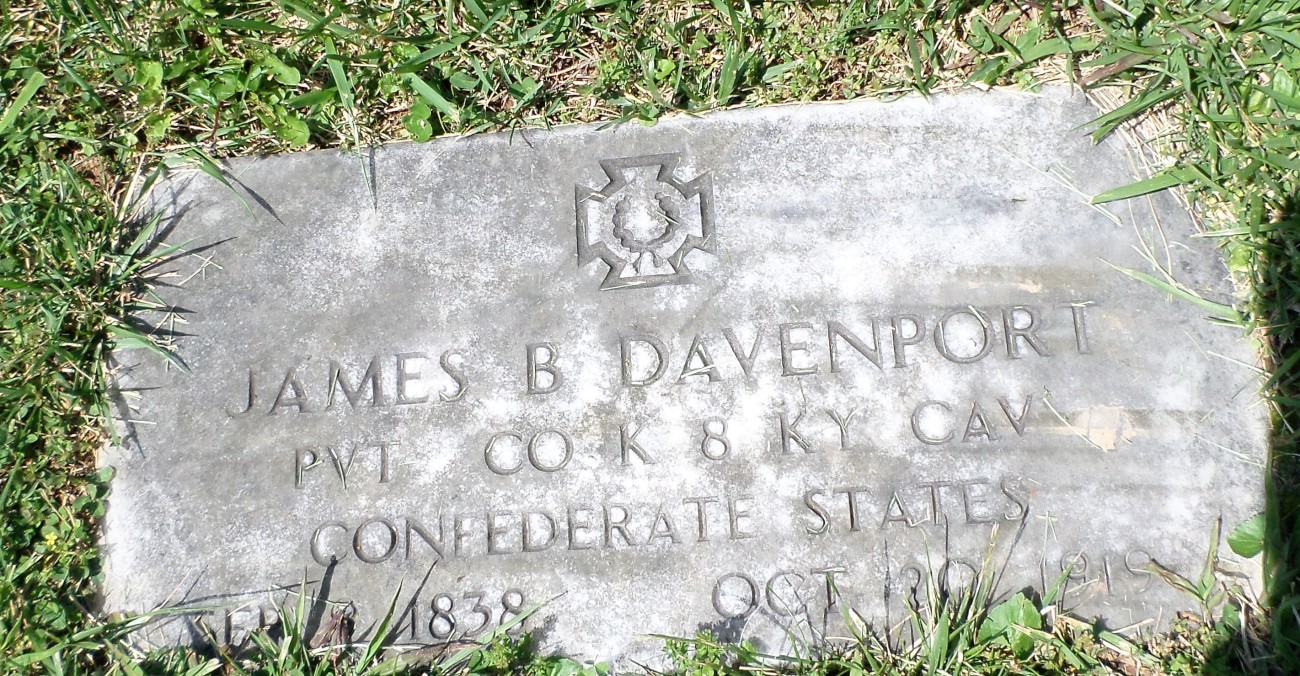 James B. Davenport was a Confederate veteran of the Civil War.  In the 1860 census, just before the beginning of the war, he lived in the household of Daniel W. Dyer and his family, along with four others.  Mr. Dyer was a dry goods merchant and I believe several of these men worked for him.  James, at the age of 21, was a stove merchant.

James Davenport was 24 years of age when he joined Company K, 4th Regiment Kentucky Cavalry.  He joined October 1, 1862, in Danville, Kentucky, for a three year period, and mustered in at Murfreesboro, Tennessee, November 6, 1862. 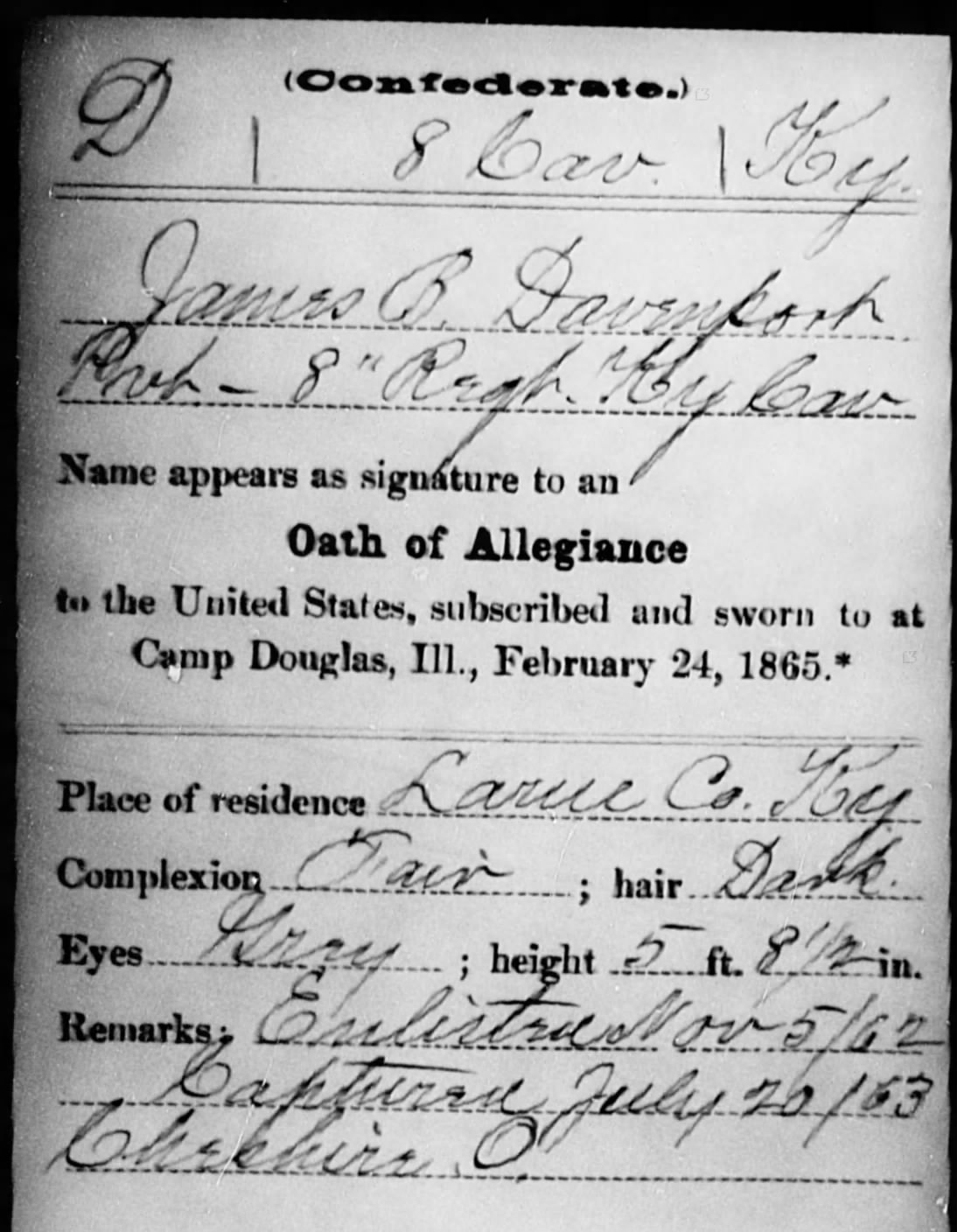 James took the Oath of Allegiance to the United States on February 24, 1865, at Camp Douglas, Illinois.  He was fair of complexion with dark hair and grey eyes, five feet eight and one-half inches in height.

After the war James Davenport returned to Larue County.  He married Fannie E. Barnes on October 7, 1869.  The records show that the gentleman was of age and the guardian of the lady gave consent in person.

One interesting note is the witnesses for their wedding – Ben Dyer and Nannie Dyer.  I’m sure these were members of the family James lived with before the war.

In the 1870 census for Larue County the newlyweds lived in their own household, James was 31 and Fannie 20.  James was a dry goods merchant with a personal estate of $7,500.

In 1900 the couple are 61 and 50, respectively.  They have been married for 30 years and have had four children, two living.  With them is daughter Florence, 23.  Florence must have married shortly afterwards, since in 1910 the couple are living alone.

Fannie Davenport succumbed to tuberculosis on July 22, 1912.  She was survived by her husband and two children, Florence and Ernest.  Daughter Florence died of the same disease two years later.

James lived another seven years.  I could find no obituary for him. 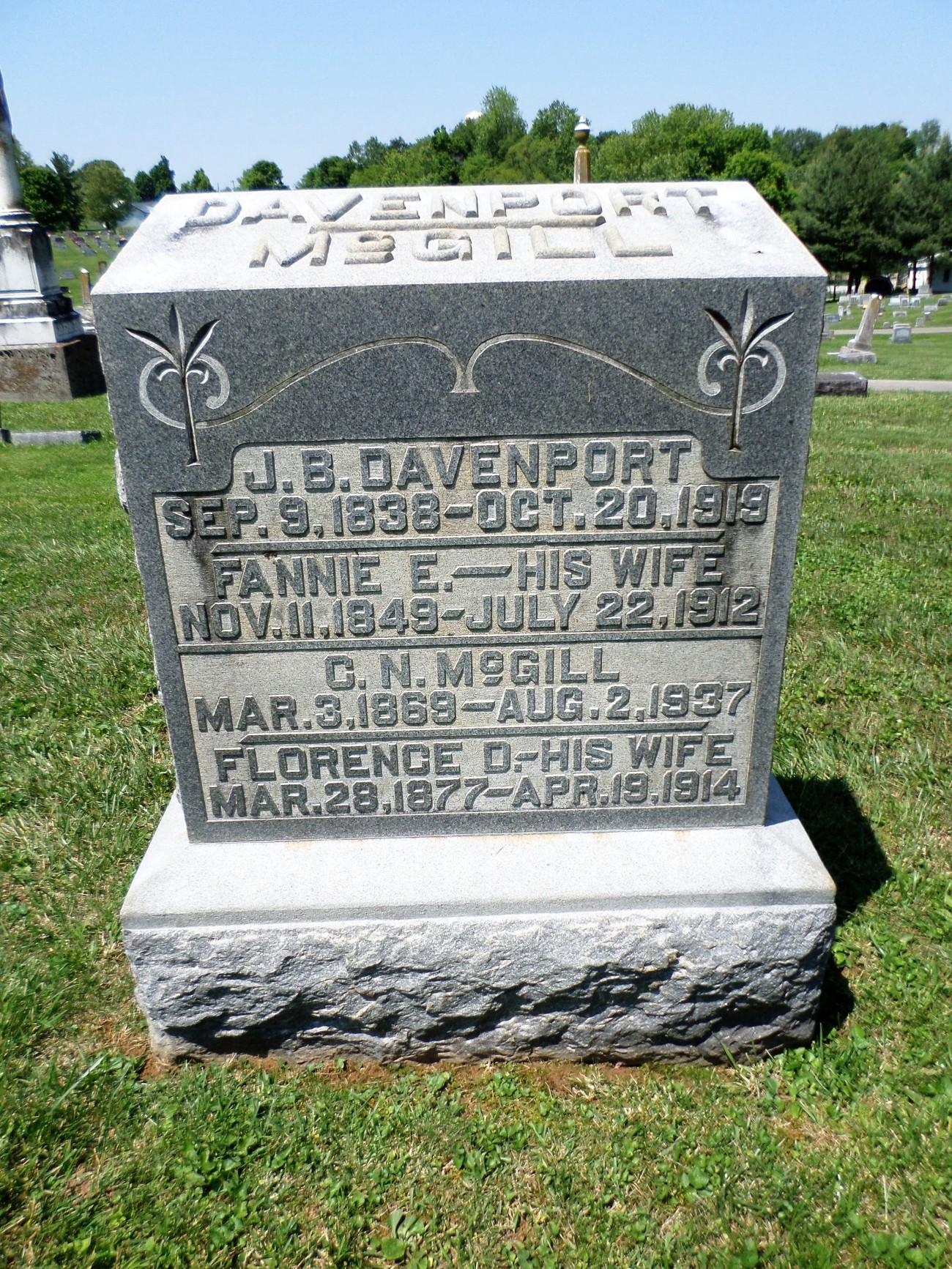 Beside this gravestone are those for Daniel W. Dyer and his wife.