By Kentucky Kindred Genealogical Research on November 7, 2018 • ( Leave a comment )

Today we are going to Scott County.  Just in case you are a little unfamiliar with the counties of Kentucky, Scott is in the north central portion of the state, just above Fayette and Woodford.

The Frazer family is buried in the little cemetery of St. Francis Catholic Church, first settled by Marylanders who arrived in 1786.  Many Irish are also buried here.  Robert Frazer was born in Comber, County Down, Ireland June 19, 1800.  He married Catherine Miller about 1832, since their first child was born in 1834.  Catherine was born in Philadelphia, Pennsylvania.

But then the Civil War upended the lives of all those who lived in the United States.  Two sons of Robert and Catherine entered the war – James Kennedy Frazer and William Kennedy Frazer.

Robert Harris died in January of 1863.  He was spared the sorrow of knowing that both sons who entered the war were killed in the same year.  James Kennedy died May 21, 1863; William Kennedy died December 24, 1863.  Their mother, two brothers and two sisters were left to mourn them. 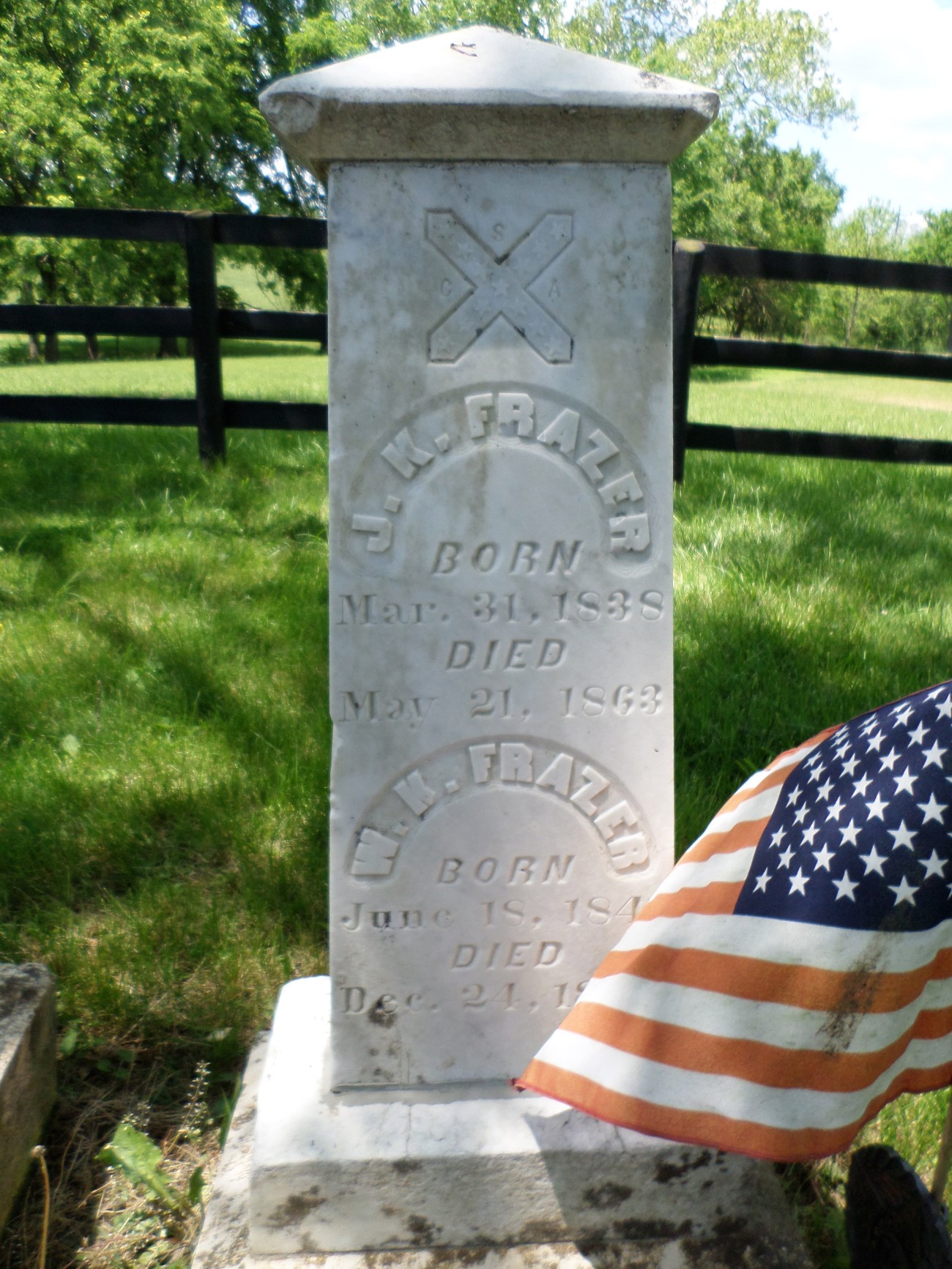 Catherine Miller Frazer lived a decade after the deaths of her husband and two sons.

C. E. Frazer, wife of Robert Frazer, born in Philadelphia, Pennsylvania, March 15, 1813, died December 9, 1873.  ‘During life she praying said, oh Lord, I suffer grievious pains, but I am well content to suffer because I fear thee.  Thus she died leaving the memory of her death an example of virtue and fortitude.’