About three years ago Ritchey and I were in Madison County, researching and taking cemetery photos. 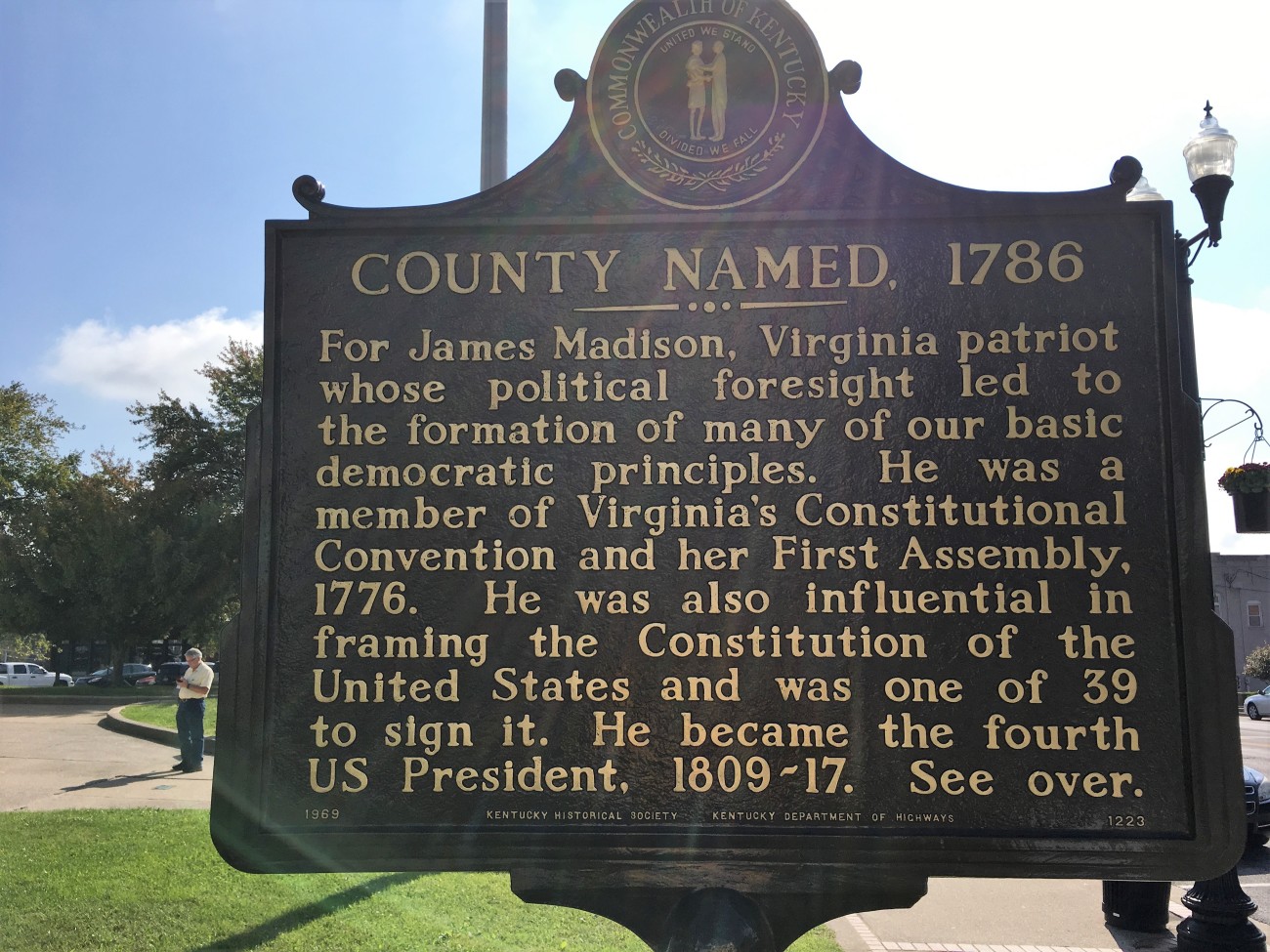 The county is named for our fourth president, James Madison, and was created a Kentucky county by Virginia in 1785.

The small town of Milford was the first county seat.  It was a settlement on a ridge overlooking Taylor’s Fork of Silver Creek, about four and one-half miles southwest of the present city of Richmond.  A temporary building which cost 880 pounds of tobacco was the first courthouse, and in 1788 a wood and stone building was constructed.  In 1798 the county seat was moved to Richmond, and a new courthouse was built in 1799 by Tyra Rhodes, and sufficed for fifty years.

The present courthouse is a fine example of Greek revival architecture in Kentucky.  It was built 1849-1850.  It sits on the town square of the city of Richmond. 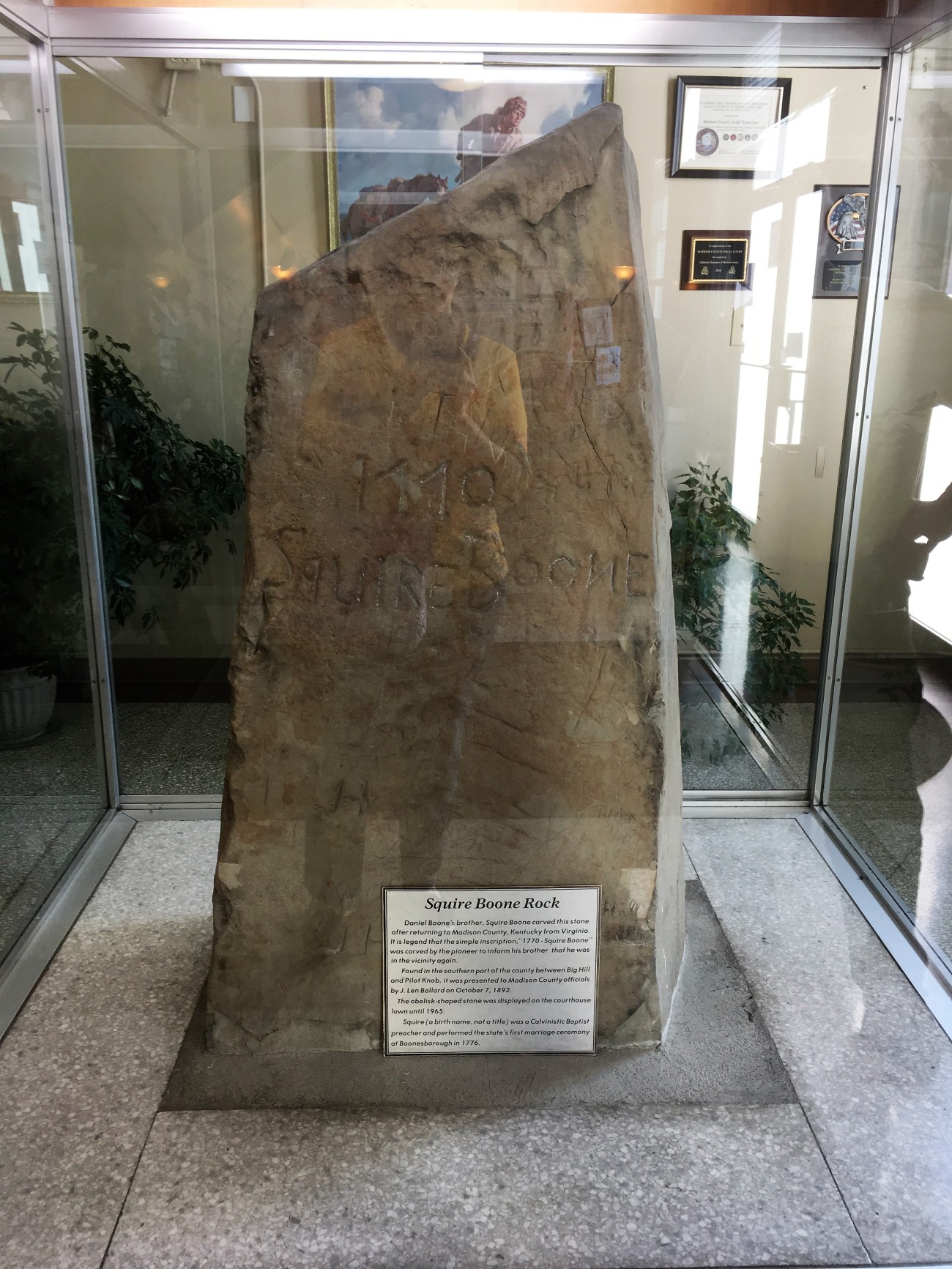 In the lobby of the courthouse is the huge Squire Boone rock.  From Collins History of Kentucky, Vol. 2, he says ‘what is universally known in that region as “Boone’s Rock” stands in a rich cove called the Horse Cove, about 1 ½ miles southeast of the Little Blue Lick, and near the Morton Knob.  The rock, of limestone, stands on edge; is 1 ½ feet thick and 3 feet wide at the base, and tapers to 2 feet wide and 1 1/6 feet on the other.  It is supposed that on his return from Virginia, whither he had gone, on May 1, 1770, by himself for a new recruit of horses and ammunition, leaving his brother Daniel by himself, without bread, salt or sugar, without company of his fellow-creatures, or even a horse or dog, that Squire Boone here carved his name to inform his brother of his safe return, and of the secretion close by of some of his supplies.  He found him on the ensuing July 27, 1770, at the “little cottage which they had prepared to defend them from the winter storms,’ only 6 months previous.’

This rock was dug up on the farm of Col. J. Len Ballard, a few miles distant from Richmond.  Mr. Ballard presented the rock to the city of Richmond on October 7, 1892, believing that a relic of such historical significance should be preserved.  Squire Boone Rock was positioned on the courthouse lawn, surrounded by an iron fence.  It remained so until 1965 when it was moved into the courthouse and encased in glass.