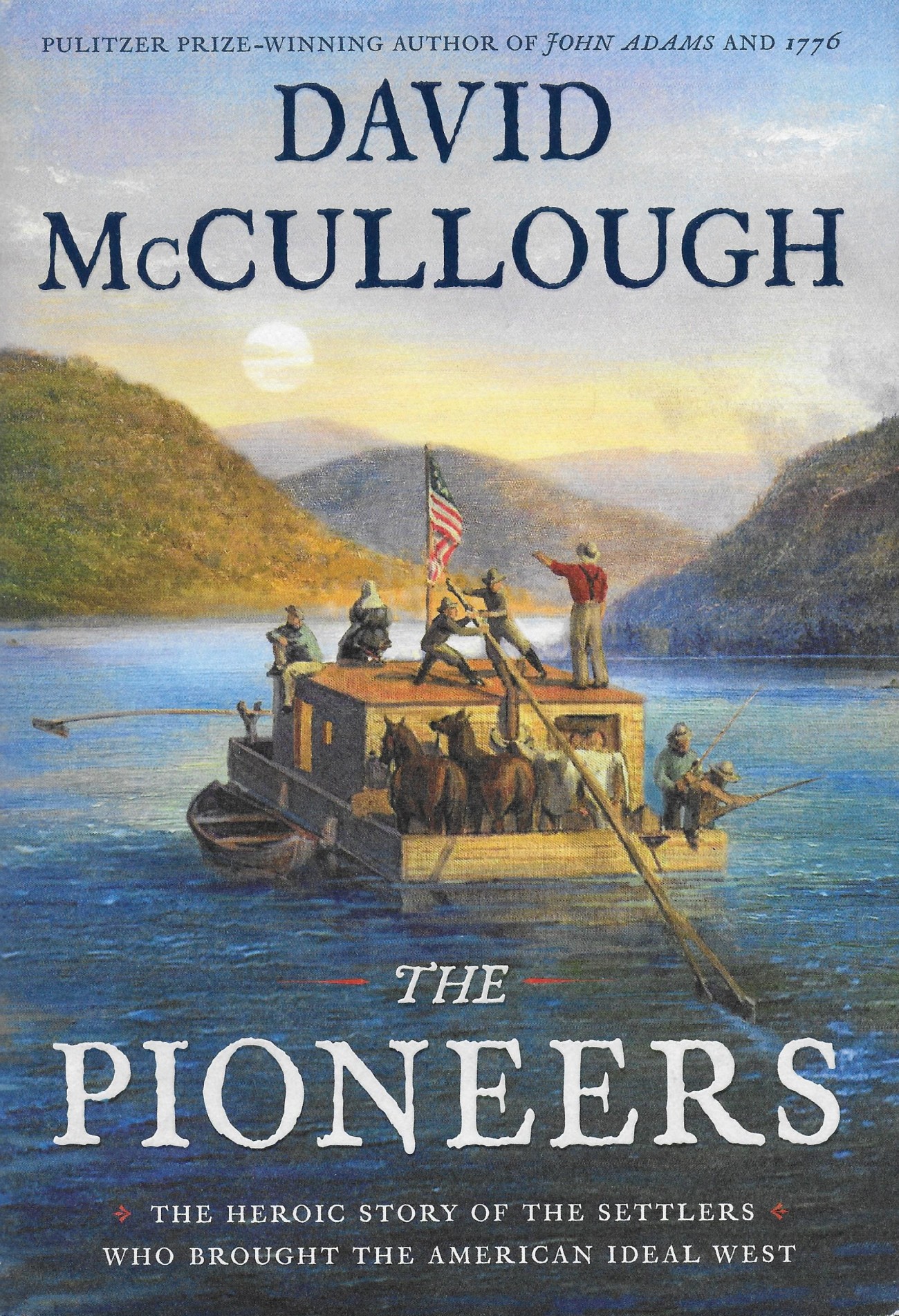 David McCullough is by far my favorite author.  From his first book, The Johnstown Flood, to his newest, I am always spellbound by his style of writing.  His characters come alive and take you on their journey through their portion of history.  And the latest, The Pioneers – The Heroic Story of the Settlers Who Brought the American Ideal West, does not disappoint.  Published in May of this year, Ritchey gave it to me for mother’s day.  I didn’t start reading immediately.  It would be over too soon.  I wanted to savor the experience, and I knew as soon as I started to read I wouldn’t be able to put it down.  I read the inside flap of the dust jacket several times and promised myself this would be my vacation book – but I couldn’t wait that long.

This is the story of the settling of the northwest territory – which would eventually become the states of Ohio, Indiana, Illinois, Michigan and Wisconsin.  Pioneers from New England came in 1788 after the Revolutionary War.  Many of those who came were war veterans and settled in what is now Marietta, Ohio.  Does this sound familiar?  Just as the Revolutionary soldiers of Virginia and Maryland came to Kentucky after the war, the situation in Ohio was very similar.  Except in one respect – the prohibition of slavery.

McCullough’s story focuses on five major characters – Manasseh Cutler, Rufus Putnam, Ephraim Cutler, Joseph Barker and Samuel Hildreth, but they are accompanied by an interesting cast of characters that include Aaron Burr and the Marquis de Lafayette.  And while the everyday lives of the citizens of the new area continue on, we see how our nation’s history affects their home life.  New England and the capital in Washington seem very far away in 1788, but new discoveries and inventions slowly bring the two areas much closer together.   One of my favorite parts is when Samuel Hildreth and his wife travel back to visit their families in New England in the spring of 1839 and experience the changes made within that 40 year time period.

As always Mr. McCullough researches his subject matter intently and ardently and was fortunate to find ‘a rare and little-known collection of diaries and letters by the key figures.’  McCullough encourages me to do my best and become a better researcher, and hopefully, a better writer.  As we all should.