By Kentucky Kindred Genealogical Research on May 3, 2020 • ( Leave a comment )

Sarah Gibson’s Franklin County will, was written July 15, 1807, and probated in November of the same year.  She must have realized time was getting close.  Sarah makes provision for her two unmarried daughters, Betsy and Sally.  Two sons, James and William, are named in the will, as well as a married daughter, Phebe Martin.  Granddaughter Sally Martin is the only grandchild listed.  A Mr. Henry Gibson’s will was located on page 25 of the same will book, but unfortunately pages 17-52 are missing.  This could possibly be Sarah Gibson’s husband, or another relative of the family. 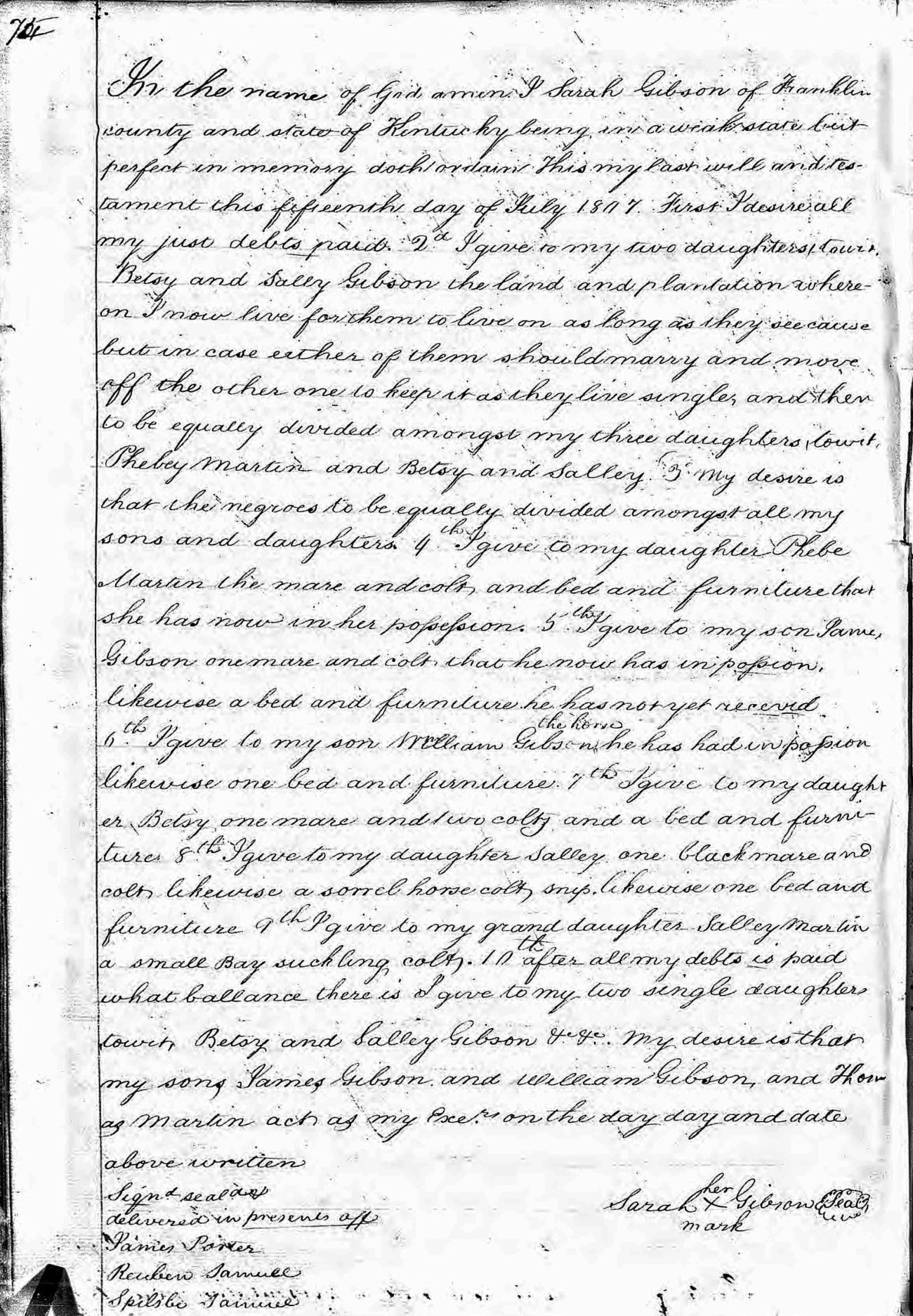 Will of Sarah Gibson

The last will and testament of Sarah Gibson, deceased, was this day produced in court and proved by the oaths of Reuben Samuel and Spilsbe Samuel, subscribing witnesses thereto and ordered to be recorded.