By Kentucky Kindred Genealogical Research on May 1, 2020 • ( Leave a comment )

Captain James Hawkins died in 1819, before pensions became available to Revolutionary soldiers.  His wife, Jane, applied for a pension in December of 1836, and received $180 yearly, paid bi-annually.

Jane Hawkins, widow of James Hawkins, deceased, who died on the 2nd March 1819, of Anderson in the State of Kentucky, a Captain in the Virginia Line for 9 months.  Inscribed on the Roll of Kentucky at the rate of $180 per annum, to commence on the 4th day of March, 1831.

On this 12th day of December 1836, personally appeared before the County Court of the County of Anderson, now sitting, Jane Hawkins, a resident of said county and State of Kentucky, aged 73 years, states that she is the widow of James Hawkins, who was a Captain in the Revolutionary War, from Orange County, Virginia.  In March 1778, he guarded prisoners taken at the defeat of Burgoyne for three months, located at Albemarle Barracks.  In May until July of 1781, in Colonel Matthews’ Regiment, and from July 1781 to October 1781, name of colonel not mentioned; was evidently at Yorktown.  In 1789 he moved to Kentucky, which eventually became Anderson County, where he died March 2, 1819.

James Hawkins married April 12, 1779, or April 12, 1781, in Culpeper County, Virginia, Jane (maiden name not given).  Jane Hawkins was allowed pension on her application, December 12, 1836, at which time she was aged 73 years and resided in Anderson County, Kentucky.  She died September 4, 1842, in said county.  Their first child was born March 9, 1783, but name was not listed.  The following children survived their mother – James Hawkins, Jane Hackley, Elizabeth Foster, Ohio Coleman, Sarah Boston and Mary Jordan. 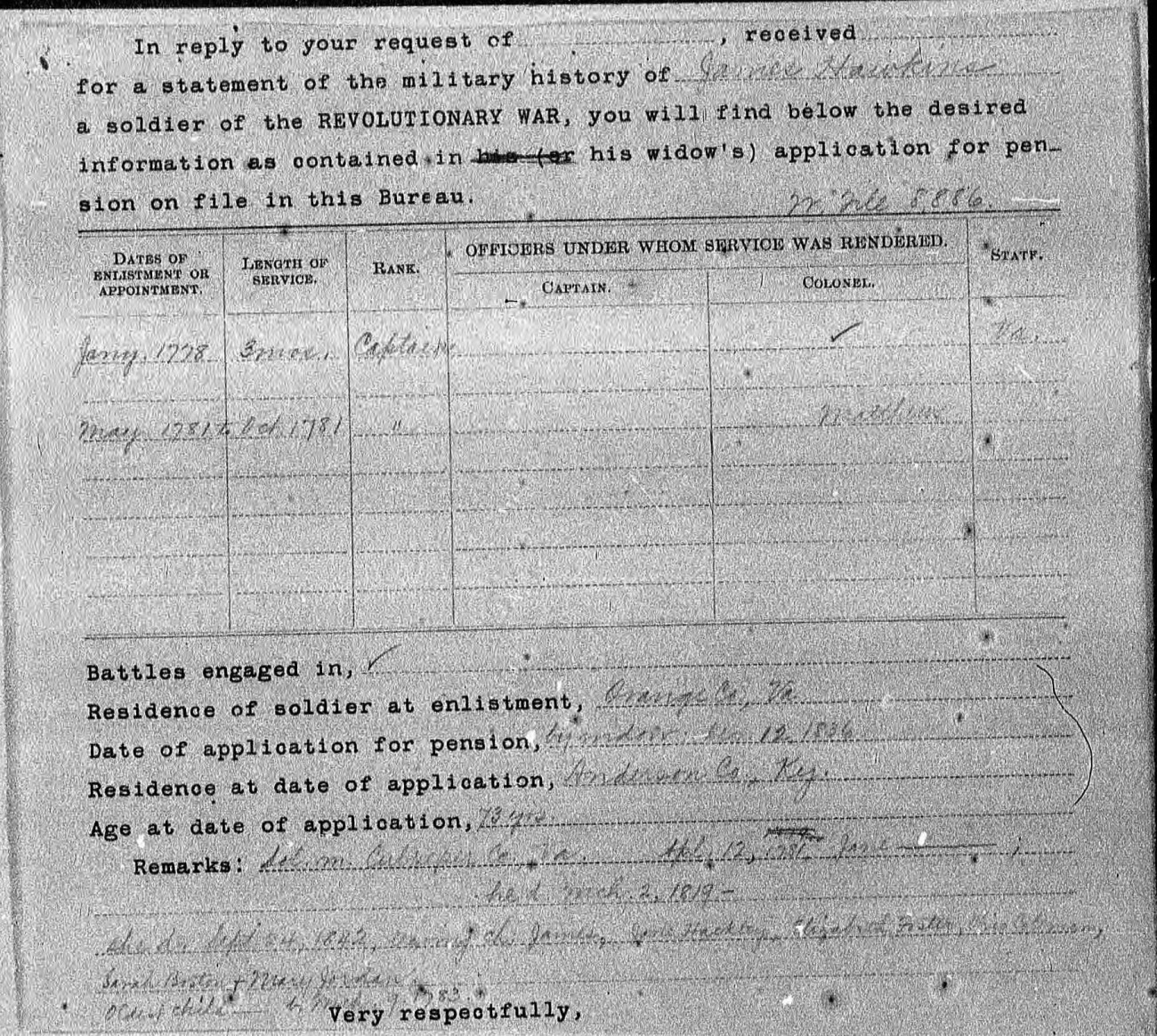