Fished Out of the Creek 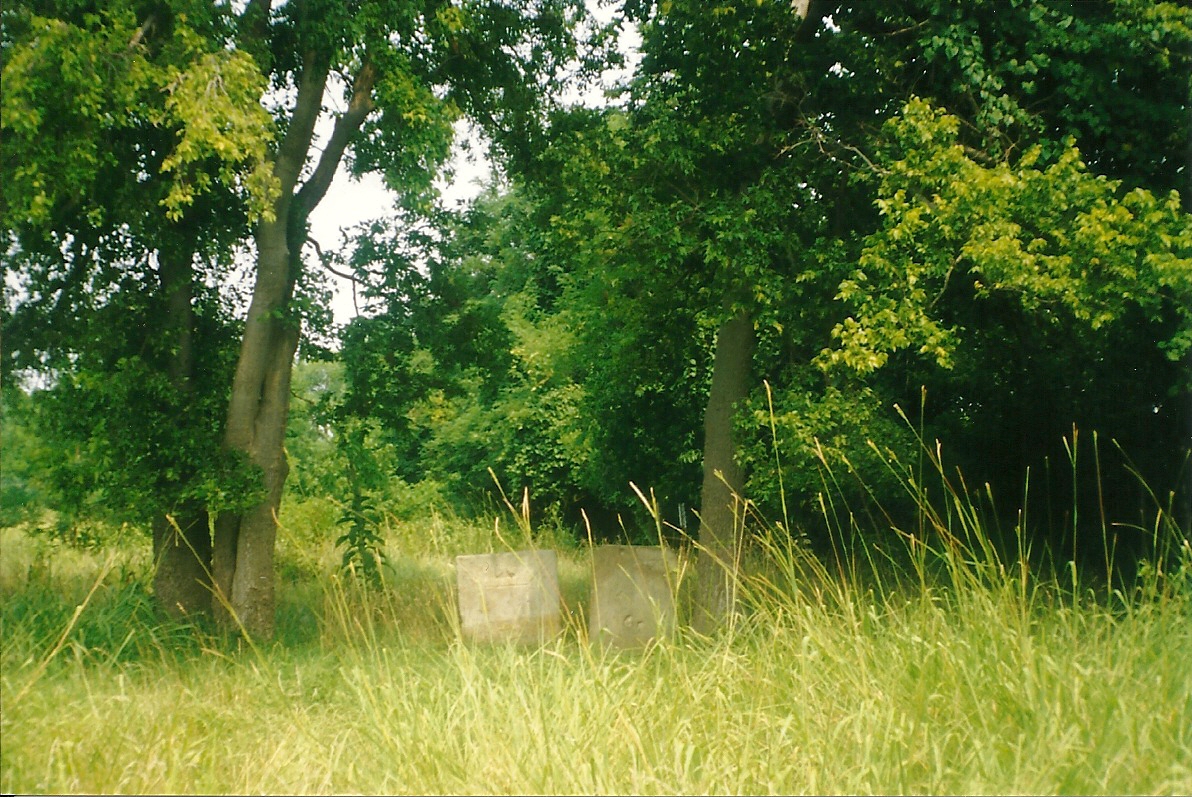 Martin Scarlett was a leading citizen in the earliest days of Prince William.  He represented Stafford, the county from which Prince William was later formed, as a member of the Virginia House of Burgesses in Williamsburg from 1680 to 1695, and was also a justice of Stafford. In the late 1600s Scarlett acquired Burbage’s Neck, which came to be called Deep Hole Plantation (part of the Burbage Grant of 1653). This included the land where Rippon Lodge was later situated, possibly beside the site of Martin Scarlett’s earliest residence.  The Scarlett house, a one-and-a-half story, gable-roofed house with dormers, was destroyed by fire.  Martin Scarlett’s gravesite is said to be on this property – on the Occoquan Creek side of the Burbage grant.  The actual location of the Scarlett family’s graves is unknown because the large grave markers were removed from their original locations some time in the mid-twentieth century.

A farmer that purchased the land used the gravestones for the stone foundation for his barn.  Those that were too large – Martin Scarlett’s and his son, John Scarlett’s – were thrown in Occoquan Creek.  They were later recovered and erected as monuments elsewhere on the property.  They are now at the edge of Occuquan Bay.  The area is now known as Occoquan Bay National Wildlife Refuge.  My husband and I visited several years ago and were fortunate enough to meet a ranger with the US Fish and Wildlife Service, Martin T. McClevey, that happened to be there at the same time.  He was kind enough to drive us around and point out the various historical places, then took us back to his office in Woodbridge and made copies of information he had on Martin Scarlett and the land on which he lived. 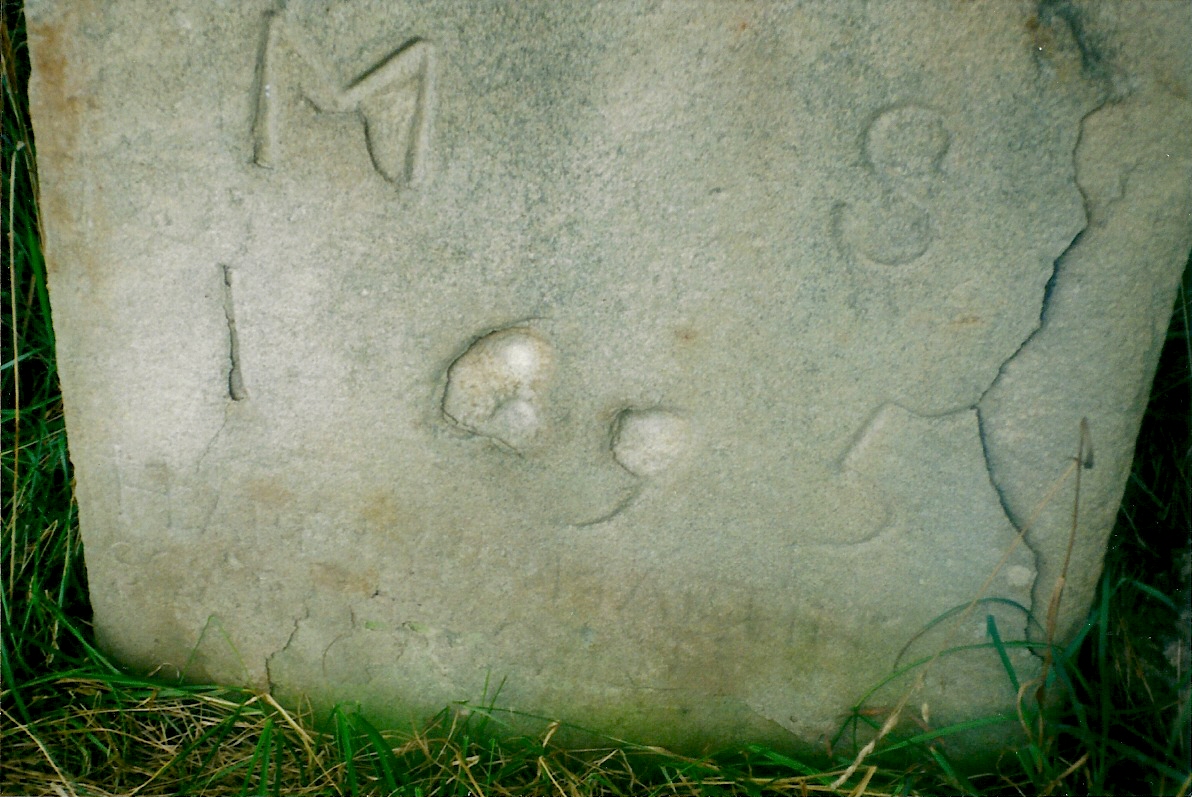 Martin Scarlett purchased approximately 700 acres of Burbage’s Neck from Captain Streator, part of which was the Deep Hole Estate.  For almost three hundred years, the land between the Occoquan and Marumsco Creeks on which the Woodbridge Research Facility is located, was known as Deep Hole.

Martin Scarlett lived on this land while serving as a representative for the County of Stafford (Prince William County was formed from Stafford County) in the House of Burgesses and as a justice of the county court.  He was a gentleman of considerable importance.  Martin Scarlett was a neighbor and political associate of such men as George Mason, John Washington and William Fitzhugh.  In 1691 Scarlett stated in a court hearing that he had “live in this County of Stafford for near thirty years . . .”  He died in 1695 and was buried in a cemetery on Deep Hole.  Through the years the site of the cemetery has disappeared, but two gravestones have survived.  These stones were considered too large to be useful by a farmer who removed the other tombstones to form the foundation of a barn.  For many years these two stones were used as boundary markers at points where property lines met, but have now been placed under a tree near the bay.  Though one stone is illegible, the inscription on the other one reads:  “M. S. 1695.  Heare lyes Martin Scarlt, Gentleman.”  The correct spelling of the name is Martin Scarlett, but his monument has endured almost three hundred years with his name misspelled.

For thousands of years before the first Europeans arrived in America, Indians fished, hunted and lived on the land now occupied by the Woodbridge Research Facility.  In July of 1608, Captain John Smith of Jamestown, with his companions Dr. Russell, six gentlemen and seven officers, explored the Potomac and Occoquan Rivers; they were the first Europeans to see this land.  At that time, dense forests grew to the banks of the rivers and sheltered the native Dogue Indians;  the Dogues were of Algonquin stock and were allied to the Piscataway and Anacostan tribes.  At a point near the meeting of the Potomac and Occoquan Rivers known as Dogue Island, Captain Smith met with the Dogue king to bargain for corn to feed the people of Jamestown.  After his exploration of the Potomac, Captain Smith devised a map of Virginia’s lands and rivers which soon led other adventurers into what is now Prince William County.

In 1653 Thomas Burbage of Nansemond County received a land grant of approximately 3,000 acres.  It included all the land between Occoquan Creek on the east and Neabsco Creek on the west, and extended north as far as the present town of Occoquan.  This area became known as Burbage’s Neck and was the first land grant located in present day Prince William County.  When Thomas Burbage died in 1655, his widow, Elizabeth, inherited the land and married Captain Edward Streator.

Martin Scarlett’s widow, Ann Green Scarlett, inherited some 740 acres which included the Deep Hole Estate.  At the death of Ann’s son, Joshua Green, the portion of Scarlet’s estate known as Deep Hole was inherited by Lettice Green Smith, Joshua’s sister.  In 1765 John Hancock, great-grandson of Lettice, sold Deep Hole farm and other properties to John Tayloe, who called all the land he owned between the Occoquan River and Neabsco Creek Deep Hole Plantation.

Deep Hole was primarily a tobacco plantation until the mid-1700’s when the value of grain crops increased and the value of tobacco began to fluctuate.  Tobacco was so important during the early years of Virginia that it was an accepted form of currency.  One 375 acre tract adjacent to Depp Hole farm sold for 3,500 pounds of tobacco in 1739.

After his purchase of Deep Hole, John Tayloe developed the marsh area at the mouth of Marumsco Creek on the south edge of our present site into a fishery.  Fish were harvested in quantity at this location, then cleaned, salted and packed.  Barrels of dried and salted herring and other fish were packed away to feed the household during the winter months or to sell or trade when a surplus was available.

Martin Scarlet and John Tayloe each ran ferries from Deep Hole to Mason’s Neck, providing a means of crossing the Occoquan; the first bridge was not built until after 1795.

The Tayloe family owned this land for almost a century during a period of expansion and development.  Deep Hole was close to the center of local society.  It was ideally situated with water access on two sides for transportation and shipping and land access nearby.  Approximately one quarter mile north ran the Potomac Path, an ancient Indian trail that was readily used by settlers when land transportation was necessary.  The Potomac Path remained the major land route from Alexandria to Fredricksburg; all the early buildings, such as churches and ordinances (taverns) were built along this road.  The first court house of Prince William county was built at the point where the Potomac Path reached the Occoquan.  By 1773 it was an official mail route, designated the King’s Highway, but it played its most important role during the Revolutionary War.  Rochambeau and Washington traveled from Mount Vernon to Williamsburg on the Potomac Path en route to Yorktown, and the entire French expeditionary force marched to and from Yorktown along this road.

In 1854 the executors of the Tayloe estate sold this land to Isaac Newton, who in 1860 conveyed the land to Dr. William Musser.  In 1860-1861 the Confederate blockade of the Potomac brought war ships into the area patrolling the Potomac and Occoquan.  A report of 16 November 1861 from Union General Hooker included a letter written by Confederate General W. H. C. Whiting stating “(Union) General Sickles’ division will land in force at Deep Hole.”  General Hooker’s report indicated that he knew Confederate General Whiting was anticipating an attack on the Confederate forts along the Potomac to break the blockade.

William Metzger acquired Deep Hole in 1888 and operated it as a hog farm.  On Metzger’s death in 1909, Deep Hole farm was conveyed to John Lindsay Dawson; it remained in the Dawson family until 1949.  Dawson Beach and Dawson Beach Road take their names from this family; Dawson Beach was a favorite recreation spot for local residents as late as the early 1940’s.

In 1950 the Department of the Army purchased 648.61 acres known as Deep Hole farm for a transmitting station and has retained ownership of the property since then.  In August 1973, 62.83 acres along Marumsco Creek were transferred to the Department of the interior; this is the Marumsco National Wildlife Refuge.  The Woodbridge Reserach Facility is on the approximately 578 acres that the Department of the Army retained.  The acres of open land and woods on the woodbridge Research Facility make it a home for many kinds of wildlife.  It is also a favorite stopping place for migrating birds in spring and fall. 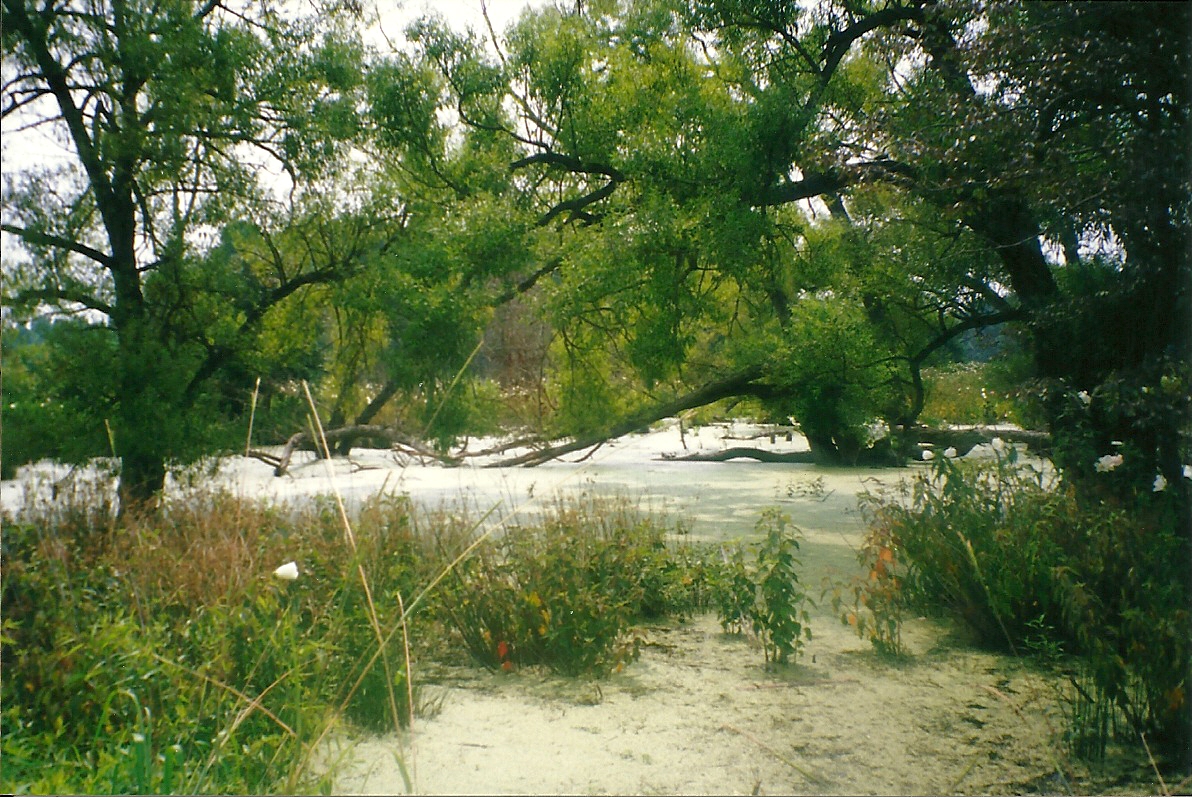