I am always amazed at what can be found about a family using a chance photo or two from a cemetery, and a small amount of research.  When Ritchey and I visit a large cemetery we take perhaps 100 to 300 photos – it actually depends on where the sun is – is the writing on the photos readable?  Is there too much shade?  And it is a very random task – what looks interesting, how old the stone is, are there several in a row with the same name, etc.  We both take photos, generally in different parts of the cemetery, so I never know what Ritchey took until we get home.  I believe these are his photos used today, and the story behind the photos is very interesting.

Hubbard Hinde Kavanaugh was the son of Reverend William Kavanaugh and Hannah Hubbard Hinde, born January 14, 1802, in Clark County, Kentucky.  Margaret B. Crittenden Railey was the daughter of Charles Railey, Jr., and Mary Mayo, born January 5, 1807, in Woodford County, Kentucky.  Margaret married William Green December 5, 1825, but he died shortly after their marriage.  She then married Hubbard Hinde Kavanaugh July 24, 1828, and they made their home in Versailles, in Woodford County. 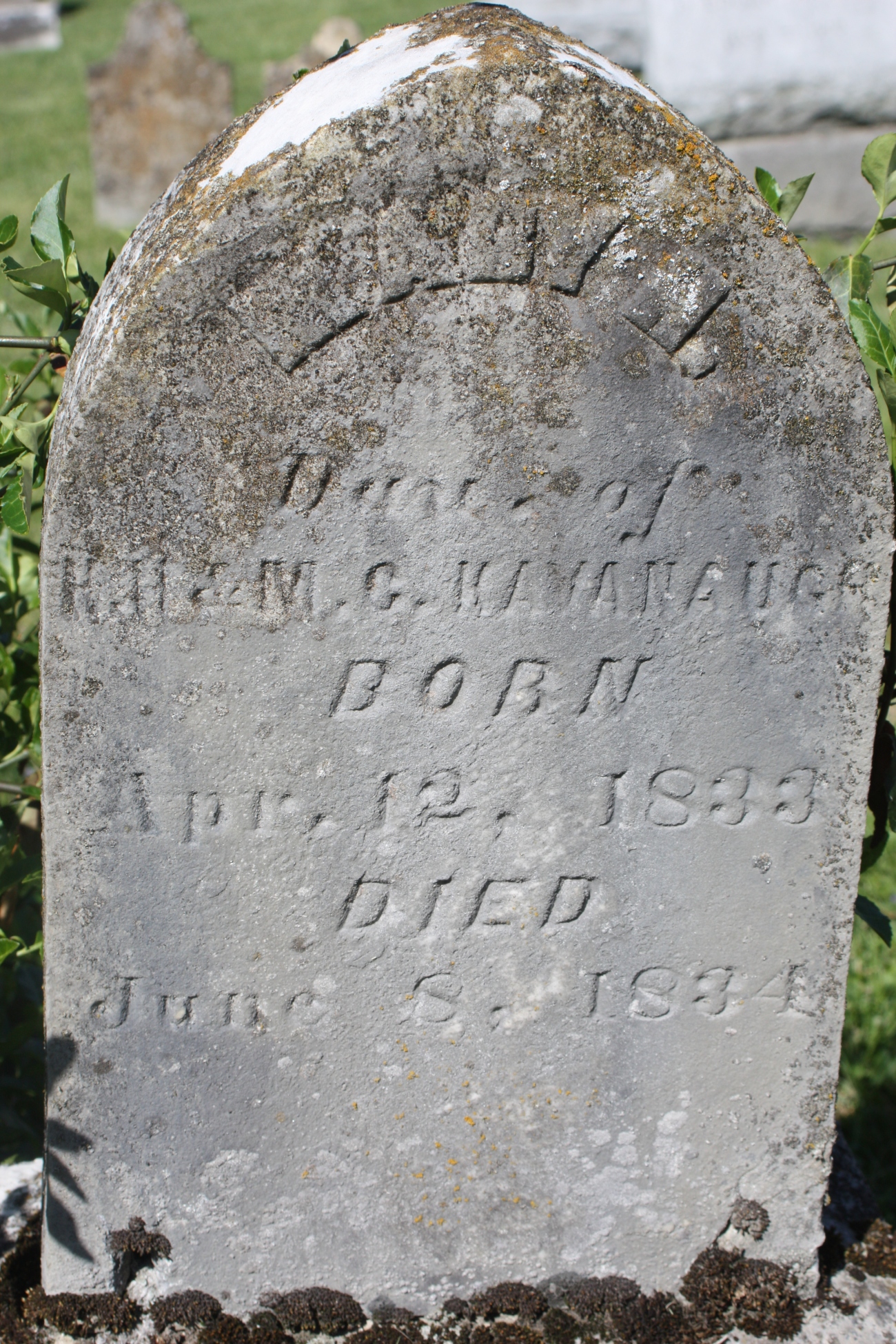 Hubbard Kavanaugh became a Methodist minister, like his father, eventually reaching the office of bishop.  Evidently he was very active in the church and his community.  It was said he was one of the most eloquent and influential bishops of the Methodist Episcopal Church.  In 1847 he was on the Board of Curators for Transylvania University, in Lexington, Kentucky.

Unfortunately, the children of Hubbard and Margaret died young.  They have at least three children buried in Versailles Cemetery, the last dying in 1849.  One of the stones is for Davidella Kavanaugh, made exactly like the gravestone of John Hubbard Kavanaugh.  The years look to be 1810 and 1819, but I believe they are/should be 1840 and 1849.  In the 1850 census Hubbard and Margaret are living in Hamilton County, Ohio, with Casper Shorp.  Perhaps after so much pain and sorrow they needed to get away from the area for a while.  In 1860 they are back in Woodford County, with Hubbard’s occupation listed as bishop.  Margaret died October 7, 1863, and was buried in Versailles Cemetery next to her children and parents.

H. H. Kavanaugh married again, and is listed in the 1870 census living in Fayette County, Kentucky, with wife Martha.  In 1880 they are in Louisville, Jefferson County.  Living with them is a nephew, Richard W., who is listed as a drummer, his wife Lilly and daughter Mary.  Richard was the son of H.H.’s brother, William and his wife, Susan.  In the 1850 census they are listed in Nicholas County with their children, one of whom, Hubbard H., 14, named for his uncle.

Hubbard Hinde Kavanaugh died March 19, 1884, and is buried in Cave Hill Cemetery, in Louisville, Kentucky.  To my knowledge there were no children to mourn him.  If you would like further information you might check the Genealogies of Kentucky Families, Volume II, Railey-Randolph History and Genealogy.