By Kentucky Kindred Genealogical Research on June 21, 2017 • ( Leave a comment )

This small cemetery sits on a little knoll, just over the Marion County border in Boyle County.  I have wanted to visit this cemetery for years.  Old UnionBaptist Cemetery is just off US68 and I always passed it on my way to Danville, and still pass it visiting my sister.  Before my marriage it was always my idea to stop, never had the chance.  Then Ritchey and I have talked about it every time we pass.  So about 40 years later I finally made it!  In the above photo you can see a black plaque on the tallest gray stone.  It reads, ‘Site of Old Union Church in memory of Pioneers of the Doctors Fork Community, erected by the Harmon – Gray – Pipes Family Association.’ 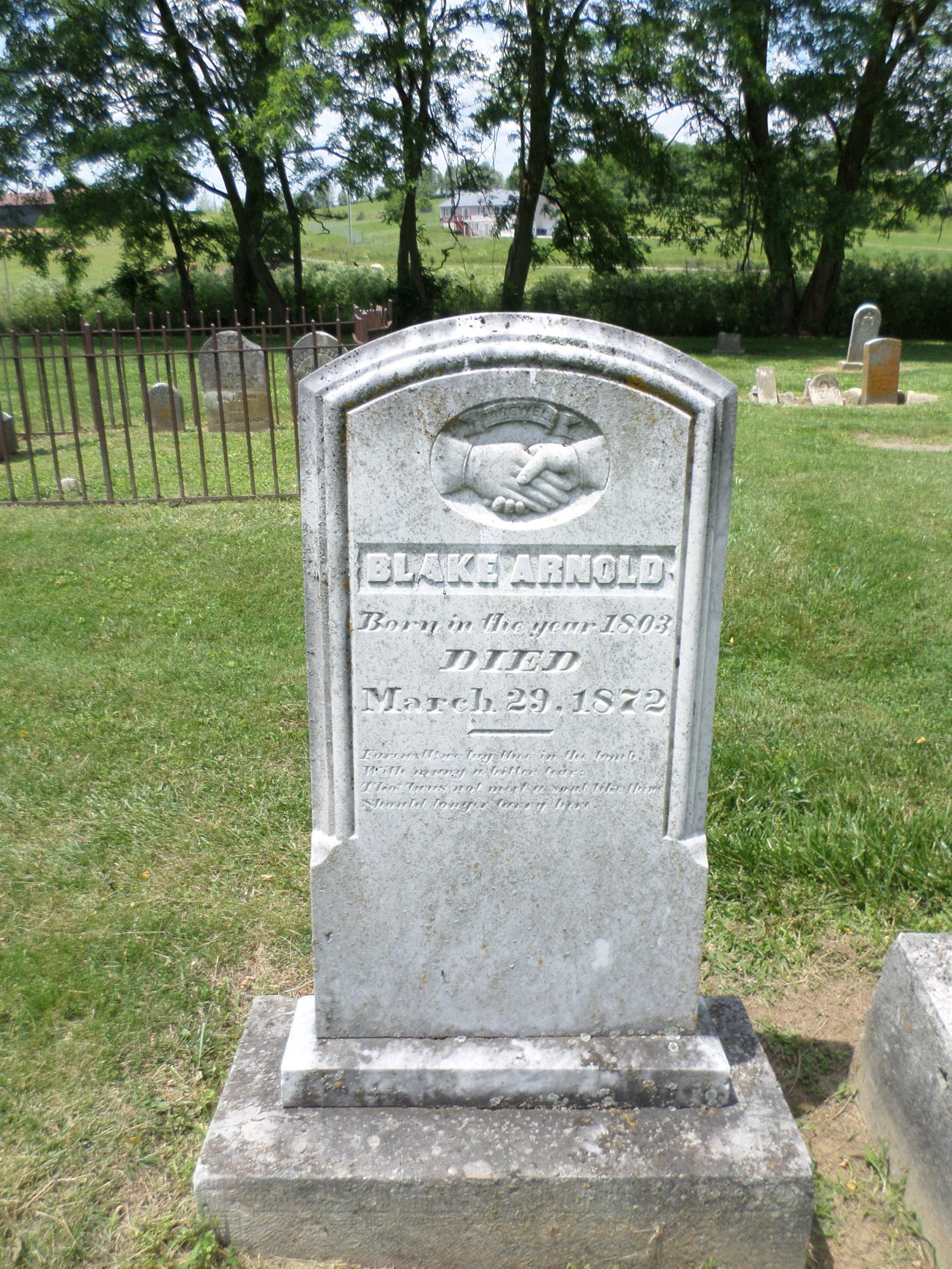 Today we will talk about the family of Blake Arnold.  He was born in Virginia in 1803.  Blake first married Permelia Calvert in Washington County, Kentucky, August 15, 1828.   Together they had at least five children, since they are named in the 1850 census, John, Mary, Martha and Nancy.  Nancy was born in 1838.  Wife Permelia must have died shortly thereafter.  She is not listed in the 1840 census of Mercer County – the only 3 females are the daughters.

Know all men by these presents that we, Blake Arnold and Thomas Stewart, are held and firmly bound unto the Commonwealth of Kentucky in the penal sum of fifty pounds current money to the payment of which well and truly to be made, we bind ourselves, our heirs, jointly and severally, firmly by these presents, sealed with our seals and dated this 17th day of August 1840.

On August 17, 1840, Blake Arnold married Martha Blagrave in Mercer County, Kentucky.  She is listed in the 1850 Boyle County Census with him, the five children mentioned above, and four children of there own – Samuel, Permelia (named for the first wife), James and Woodson Arnold.  In the 1860 Boyle County Census two additional children are listed – Robert and William Creed Arnold.

Blake Arnold died March 29, 1872.  We will discuss his will tomorrow.  Martha lived another 21 years, raising the children.

Daughter Permelia died at the young age of 25.  She was probably taken away by consumption. 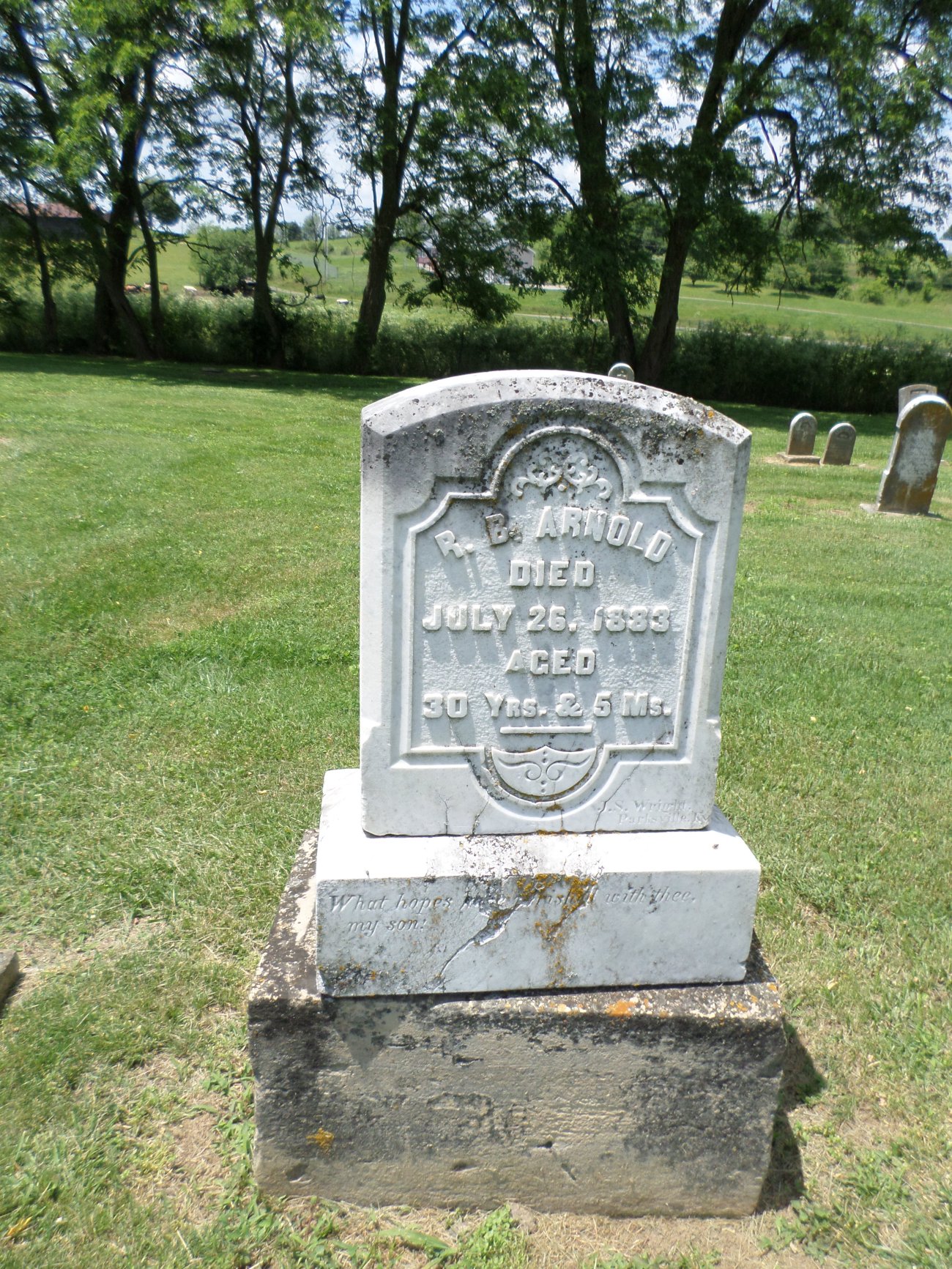 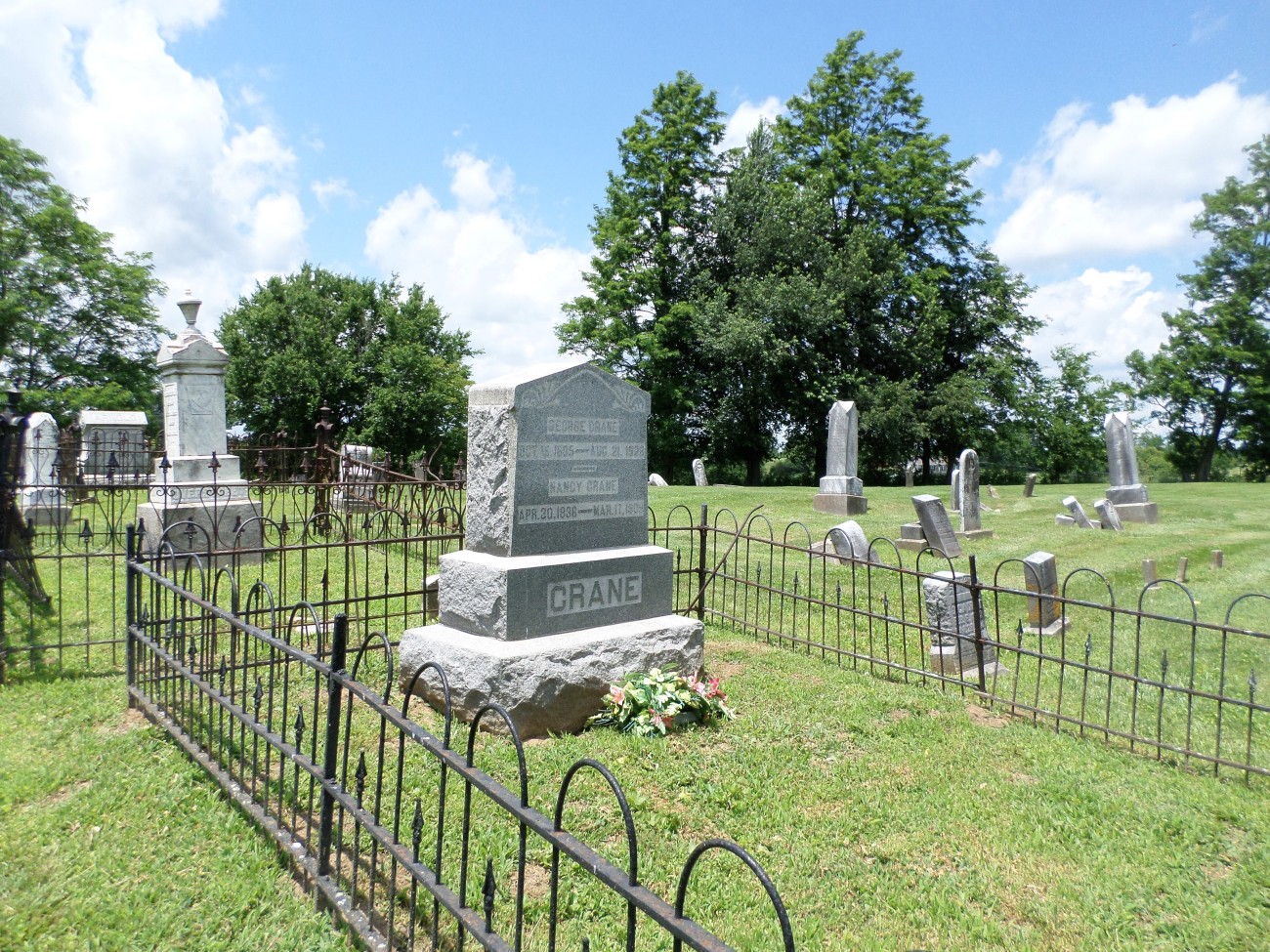 This small cemetery was worth the wait!  It is beautifully cared for by the families mentioned above.  Thanks to them for their dedication to their ancestors!