By Kentucky Kindred Genealogical Research on April 8, 2018 • ( Leave a comment )

Valentine Wald and Amelia Saunder came to the United States, probably with their parents, who were hopeful of a new life in the United States.  Amelia came to this country in 1858, according to the 1910 census.  Valentine was born in Saxon-Weimer, Germany, July 25, 1837.  Amelia was born September 29, 1843, in Nordhausen, Prussia.  I do not have a place or date of marriage, but in the 1880 census of Campbell County, Kentucky, they are listed with six children.  The two eldest, Valentine and Elizabeth, were born in Ohio, the last four in Kentucky.  The names and ages of their children in 1880 census are as follows:  Valentine, 14; Elizabeth, 11; Emma A., 9; Andrew, 7; Frederick, 4; and Louis, 1. 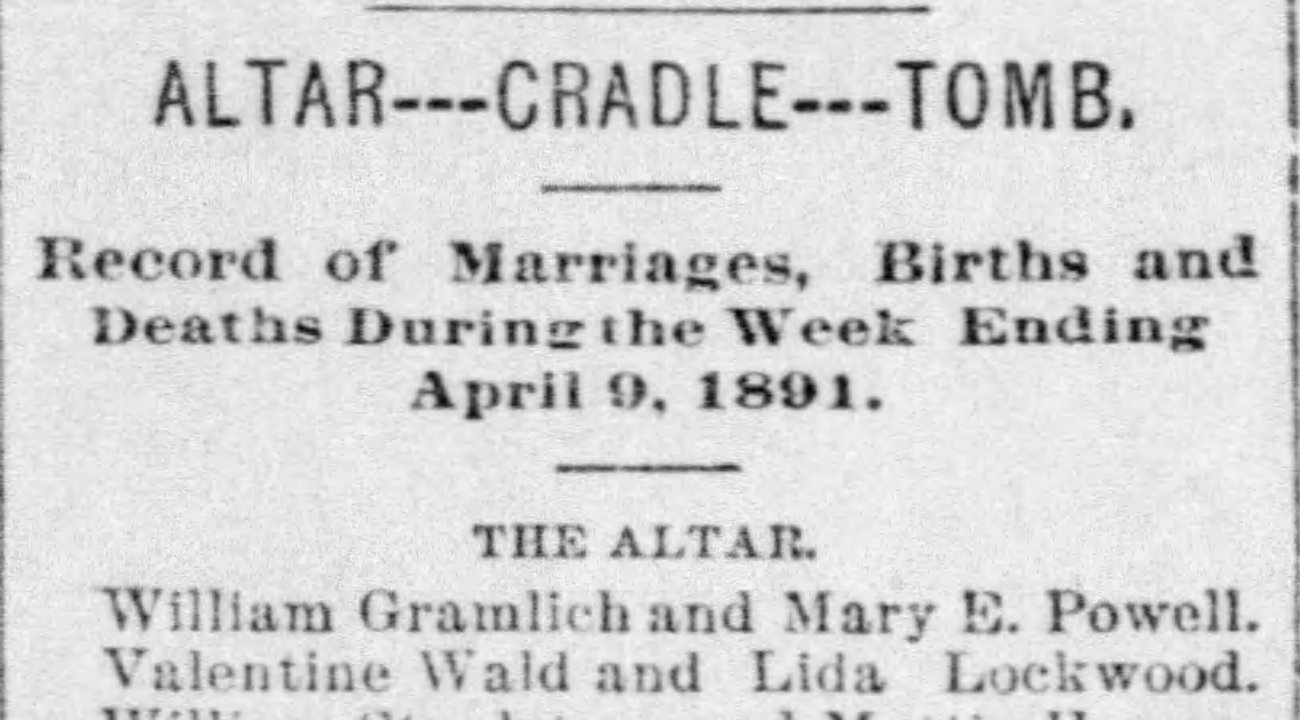 The eldest son, and his father’s namesake, Valentine, married Lydia Lockwood during the week of April 9, 1891, according to The Dayton Herald.  Lydia was the daughter of William Lockwood and Caroline Boyar/Boyce.

In the 1909 census of Campbell County we find Valentine, 33, a night watchman, born in Saxon-Weimer.  Wife Lydia is 31, and was born in Prussia.  The couple have been married 9 years, had four children with only one living, Erma, aged 4 years.

When Valentine Wald dies of blood poisoning in 1928, a very curious line appears in his obituary – ‘survived by his widow, Mrs. Lydia Wald’.  Perhaps this is a typo?  Lydia had been deceased for eleven years!  Or could he have married another woman named Lydia?

Daughter Erma married Albert Henry Sandman in 1926.  In the 1930 census of Campbell County the couple have one son, Robert, 2.  Erma’s brother, Louis Wald, lives with them; he died in 1940.

Son Louis Wald died in a work related accident, just like his father. 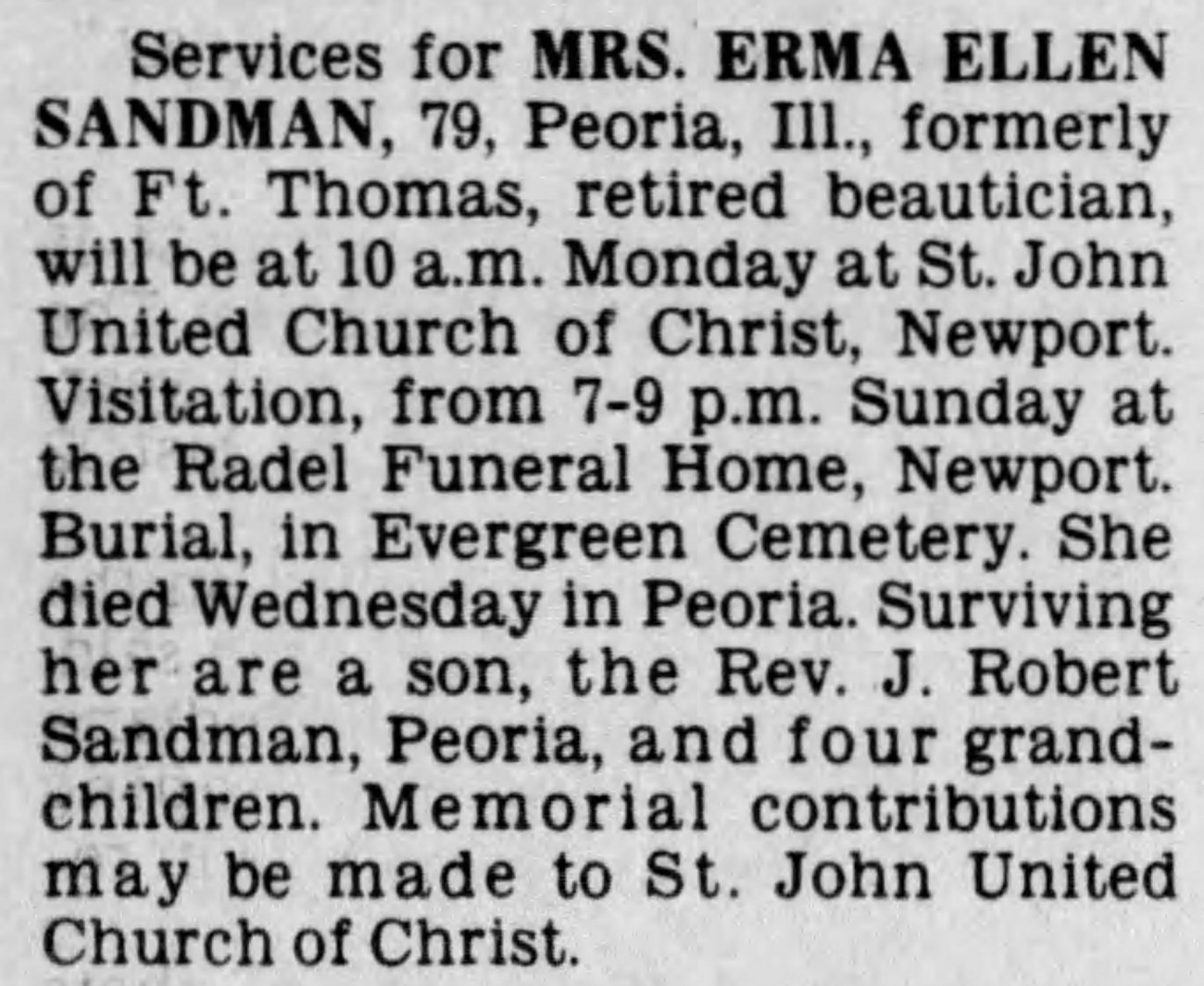 Erma was the last of the family to be buried in Evergreen Cemetery.  She survived until 1975.