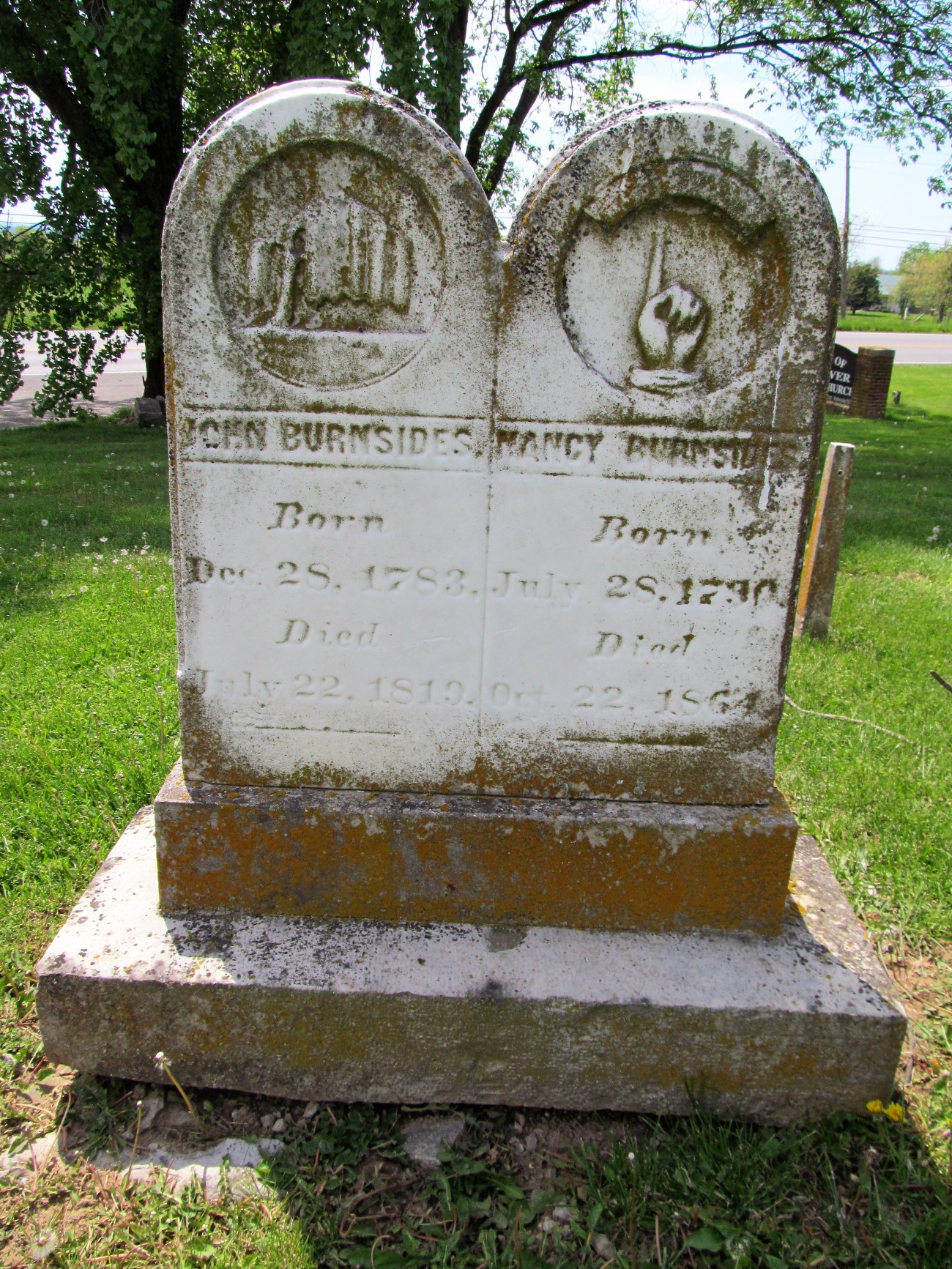 John Burnsides and Nancy Smith have slept in the Forks of the Dix River Baptist Cemetery for over 150 years. Mary died 155 years ago, and John Burnsides died 200 years ago this past Monday, July 22, 1819.  Their gravestone and marriage record (below) show an ‘s’ at the end of their surname.  In other instances there has been no ‘s’.

John Samuel Burnsides, as he was named at birth, was born in Orange County, North Carolina, December 28,1783.  His parents, Walter and Mary Steen Burnsides, were immigrants from Ireland.  John married Nancy Smith May 21, 1800, in Garrard County, marriage bond #143.  In the 1810 census there is one son under 10, named for his grandfather, Walter; and one male 26-44 – John, who would have been 37.  One female under ten was daughter Mary.  There is a 16-25 year-old female living in the household – a cousin, or younger sister of John or Nancy?  And there are two females 26-44, which would include Nancy, and again, an older cousin or sister.

Son Walter moved to Henderson County, Illinois, where we find him in the 1850 census.  There is no wife listed, but five children – Robert, 17; Harriet, 15; Caroline, 13; John, 11; and William, 3.  All were born in Kentucky except for the youngest, William, who was born in Illinois.  His brother, John, also known as Jonathan, aged 27, lived with Walter and his family.  Jonathan Burnside later moved to Lewis County, Washington.  In the 1883 census for that county he is listed as 66, born in Kentucky, as well as his wife, A.  Initials only were given in this census.  The first child, R., is 22, born in Missouri.  The next four children were born in Kansas.