1780 Will of William Hicks – Lincoln County

By Kentucky Kindred Genealogical Research on July 31, 2019 • ( Leave a comment )

Will of William Hicks

In the name of God amen.  I, William Hicks, being sick and weak of body, but of perfect mind and memory, thanks be to God for his mercies, and calling to mind the mortality of my body and knowing that it is appointed for all men once to die, do make and ordain this my last will and testament, and first of all surrender my soul to the hands of God that gave it and my body to the earth to be buried in a Christian-like manner at the 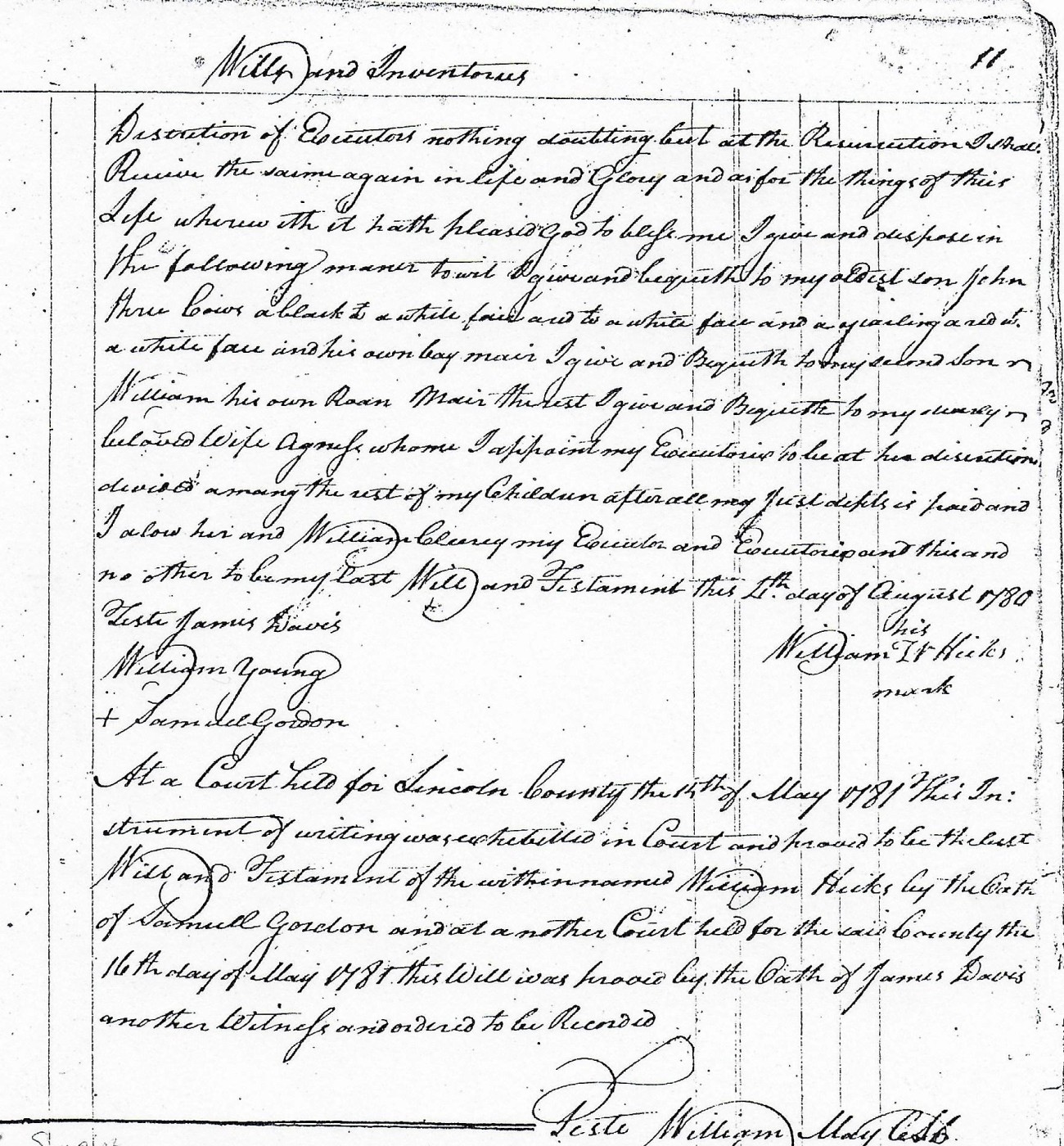 discretion of my executors, nothing doubting but at the resurrection I shall receive the same again in life and glory and as for the things of this life wherewith it hath pleased God to bless me, I give and dispose in the following manner, to wit.

At a court held for Lincoln County the 15th of May 1781, this instrument of writing was exhibited in court and proved to be the last will and testament of the within named William Hicks by the oath of Samuel Gordon and at another court held for the said county the 16th day of May 1781, this will was proved by the oath of James Davis, another witness and ordered to be recorded.